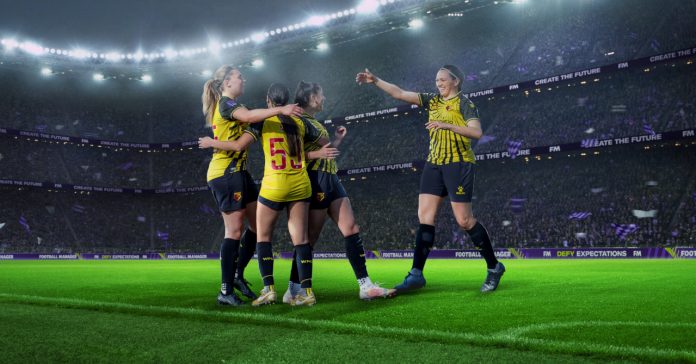 Sports Interactive and SEGA Europe recently announced that work has started on a multi-year project to bring women’s football into the Football Manager series.

According to a recent press release regarding the project, this work will not be a standalone women’s football management simulation. Instead, SEGA and Sports Interactive plan to fully incorporate women’s football into Football manager itself. This means managers will be able to “take control of either men’s or women’s clubs and move between them seamlessly.”

While the project is now in the works, there is no final date yet on when the project will be completed.

Miles Jacobson, Studio Director at Sports Interactive, said: “We have NO interest whatsoever in making a standalone women’s football version of FM. What we are doing is adding women’s football to FM… one sport, one game.”

The move to incorporate women’s football into FM has received support from leading figures inside the football industry, including Chelsea FC Women manager, Emma Hayes.

“Women’s football is capturing the imagination of fans across the globe and we’re making huge strides in terms of attendance figures and broadcast deals,” says Hayes. “For the women’s game to get to the next level, though, it needs to be recognised as an integral part of the world of football, not something separate and different. We want future generations to grow up in a world where football isn’t divided into ‘women’s’ and ‘men’s’… it’s just football. The ambitious plan that the Sports Interactive team have for Football Manager will play a huge part in getting us there.”

For more info on the project and on the technical work that it will entail, visit: https://fm21.info/WomensFootball.