Battle Calculator is a new competitive multiplayer game on the Switch

Now this is an unusual multiplayer game. 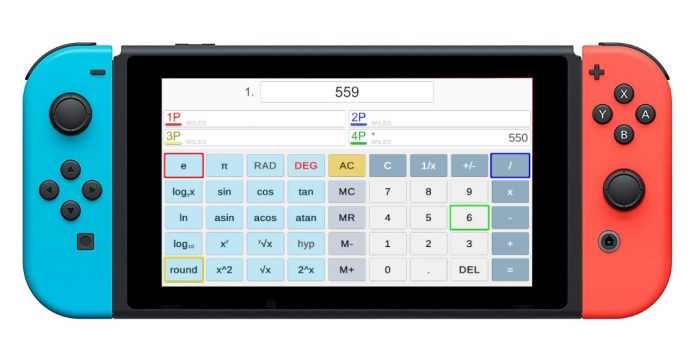 Here are the basics rules of the game (from the game’s eShop page):

The game then proceeds as follows:

How the game plays is that in each round, a randomly-generated number will be shown on the screen, and the players must use a combination of numbers from 0-9 and arithmetic operations to get that number. The first player to reach the number wins the round.

Aside from this competitive mode, Battle Calculator can also be used as a standard calculator. The game also supports both touch screen and Joy-Con controllers.

Battle Calculator is available now on the Switch via the Nintendo eShop for USD 14.99 (around PHP 760).