Champion Hill is greater than the sum of its parts. 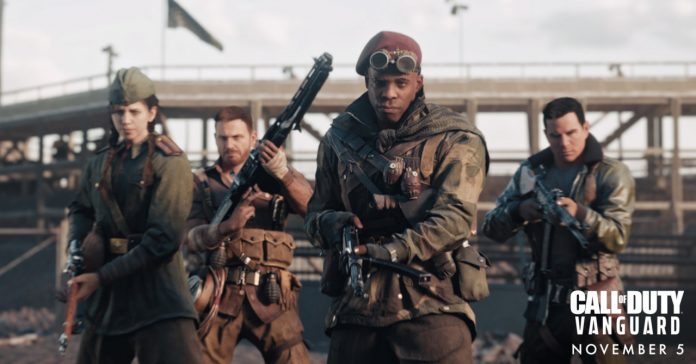 Following the game’s reveal last week, we got to try out an Alpha build of the new Champion Hill game mode in Call of Duty: Vanguard. Specifically, we were able to play a couple of matches of Champion Hill Duos (2v2) alongside representatives from various Southeast Asian gaming press on the PlayStation 5.

In case you’re unfamiliar with the game mode, Champion Hill was introduced alongside the game’s announcement, and it is a tournament-style multi-map game mode which promises fast-paced action. How Champion Hill works is that your squad (composed of either 2, 3 or 4 members depending on the mode you pick) will face off against seven other squads in a round-robin deathmatch tournament. Each squad will have a pool of 12 lives, with one being consumed when you respawn after dying; and once you lose all your lives, you are defeated. The goal in Champion Hill is to survive and be the last squad standing. 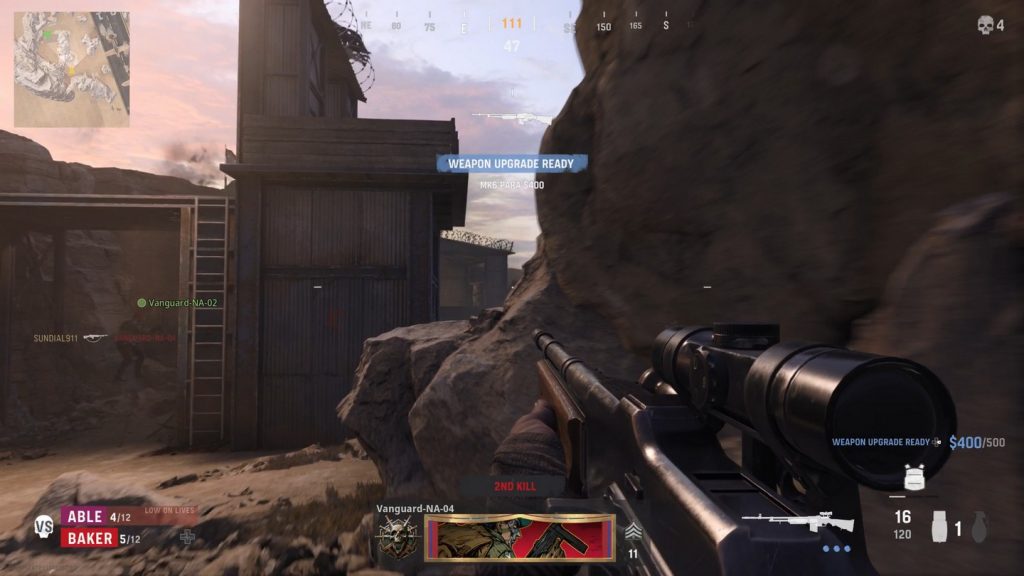 At the start of a Champion Hill match, all players (16 in the case of Duos) will have the same loadout, but players will be able to earn cash during each round by picking them up or taking down enemies. This cash can be used to upgrade your weapon at any time, as well as buy grenades, perks, and other items during certain times in the match called buy rounds.

As for the combat part of Champion Hill, each round is played in one of four distinct combat sections of the overall Champion Hill map. These areas are: the Airstrip, the Trainyard, the Market, and the Courtyard. Each round lasts for only 1 minute, and during that time, each squad must do their best to take as many lives off their enemies as possible before time runs out. Once the round ends, a squad will move on to the next section to fight against another squad.

In essence, Champion Hill is a fast-paced tournament mode where each round is short and happen concurrently for everyone. 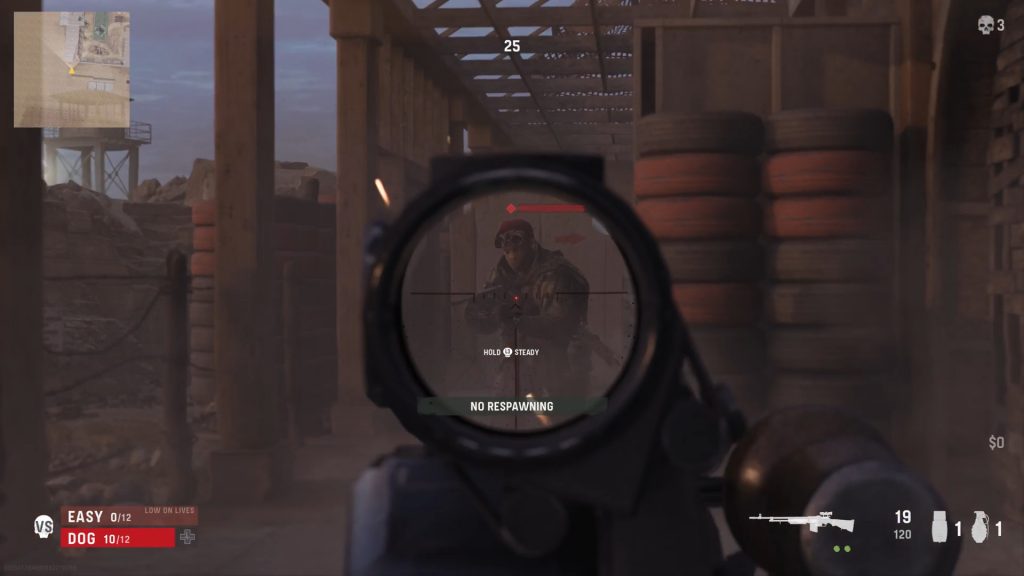 If you break down Champion Hill’s elements, you’ll notice that the game mode doesn’t really bring much new. For one, the fact that the last squad standing wins makes the game mode seem inspired by battle royale games. Then there’s also the fact that we having the option to buy weapons is a fixture in other tactical shooters.

While the systems themselves aren’t exactly new, I found in my gameplay of Champion Hill that the game mode is greater than the sum of its parts. The mode’s elements, while familiar, helped to make an experience that felt fresh, and a lot of fun!

One example of this is the lives system. At the games progress, you’ll get an idea on which squads are the strongest (as they’ll have the most number of lives remaining). If your squad’s performance hasn’t been up to par but you feel like you still have a chance, you can choose to play more defensively to conserve lives so you can last up to the next buy round for helpful items that may turn the tide to your favor. Though if you’re actually performing well, you can opt to be more aggressive, especially when up against a squad that’s on the verge of defeat. Basically, your squad’s tactics can change depending on your current standing. 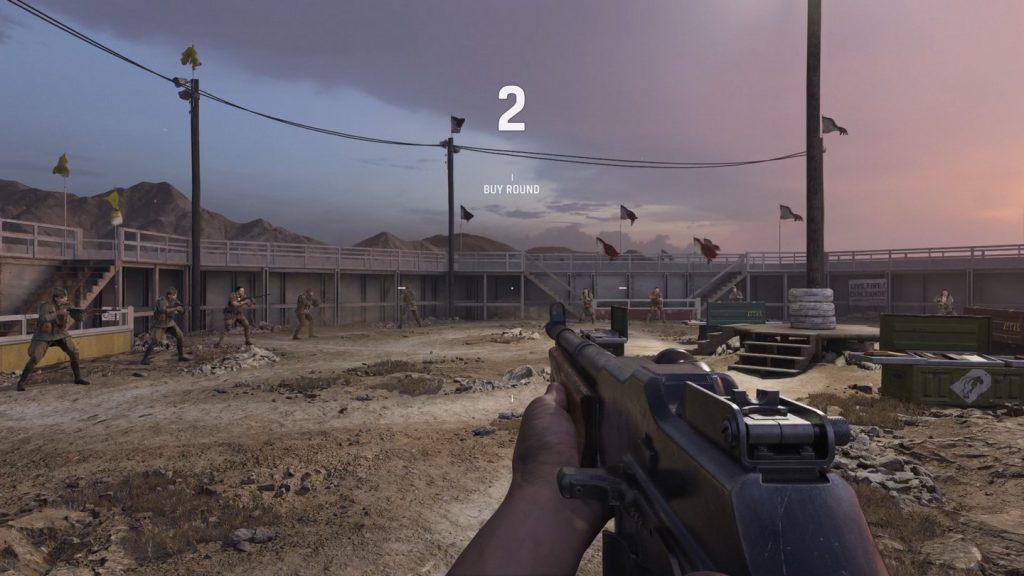 Another element that adds depth to the mode is the buy rounds system. You won’t be able to buy items and perks at the start of every round; instead, you will only be able to do so after a certain number of rounds. This again means that your tactics may change depending on how much cash you have. If you need more cash and are up against a squad with only a couple of lives left, you can opt to try your luck and go aggressive to get more money. On the flip side, if you already have enough cash, you might be inclined to take things more slowly.

While these mechanics make for interesting tactical decisions as you need to weigh the risk vs reward of what approach to choose, the design of the map sections are also distinct, with each rewarding their own playstyles. There’s a section that’s ideal for players with long-range guns, while there’s another that rewards those who can get up close and personal. On top of these, the map sections also have destructible environments, meaning not all cover will keep you safe from harm (a lesson I learned the hard way). 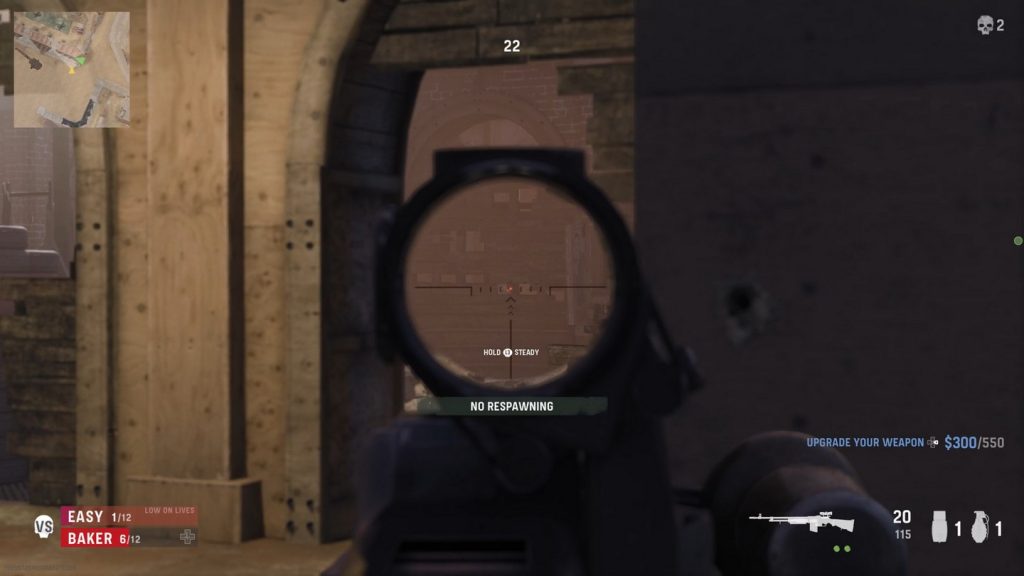 As I mentioned above, when you take these systems on their own, they’re not exactly unique. But putting them together in the way that Champion Hill did it makes for an engaging and fun multiplayer shooter experience. Even though I only got to try a couple of games on the 2v2 mode, I had a great time overall. Though I can imagine that the 3v3 and 4v4 modes might be even more enjoyable as having more players per squad can lead to more interesting tactics (or more chaotic shootouts). 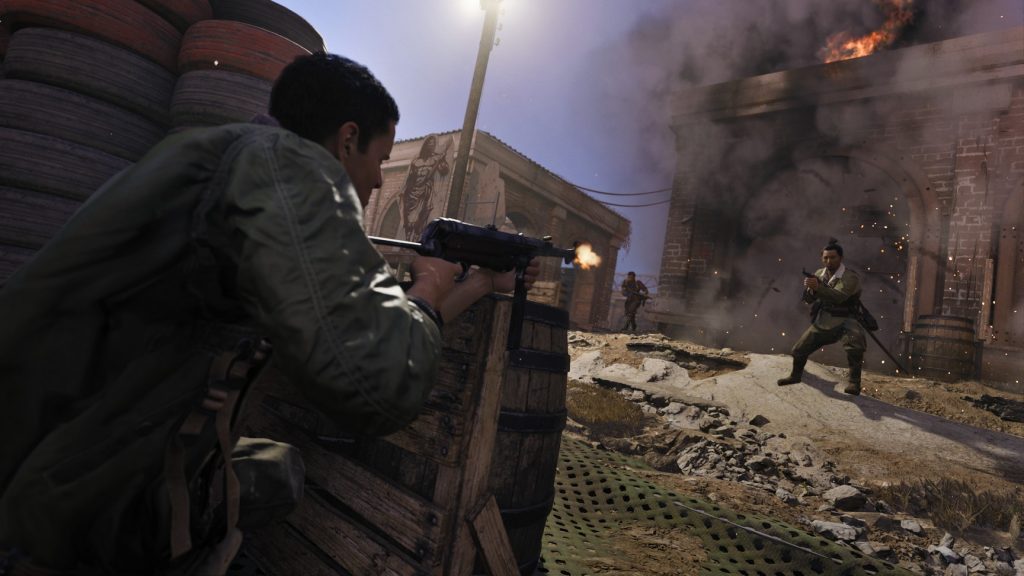 Interested in trying out Champion Hill? Activision is holding a free Call of Duty: Vanguard Champion Hill mode Alpha test from August 27-29, 2021 for PS4 and PS5 users. To participate in the Alpha test, a pre-order won’t be required, nor will a PlayStation Plus subscription (except for players in Germany) be needed. For more info on the test, visit the Activision website.

Call of Duty: Vanguard will be released on PlayStation 5, PlayStation 4, Xbox One, Xbox Series X|S, and PC on November 5, 2021.