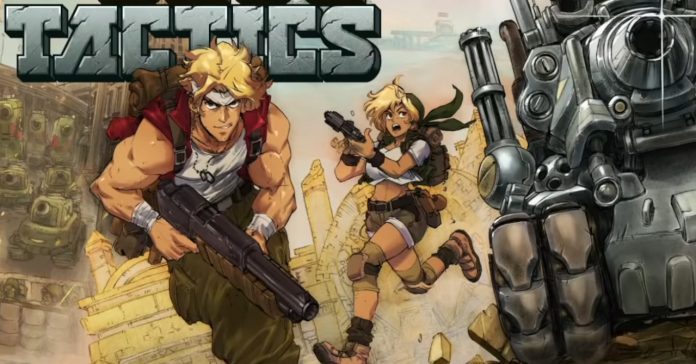 Following the game’s reveal back in June, a new trailer for Metal Slug Tactics was revealed at the Nintendo Indie World 2021 showcase, and it featured our first look at gameplay!

While it was a short trailer, it finally gave us a glimpse at how a Metal Slug tactical RPG would look and play. The gameplay might be markedly different from the usual Metal Slug game, but from the trailer, it seems that the series’ signature look and feel has been retained.

The game is described by Dotemu as:

Paired with gorgeous pixel art and fluid animation which faithfully channels the series’ timeless aesthetic, this new footage of frontline powerhouses Marco, Eri, Fio, and Tarma rolling out to battle from a headquarters packed with nods to the long-running series’ history. The team returns with their signature arsenal – including the reliable heavy machine gun and devastating SVX-15D Slugnoid mech – as they face down fresh tactical fights.”

Metal Slug Tactics will release on Nintendo Switch and PC via Steam sometime in 2022.