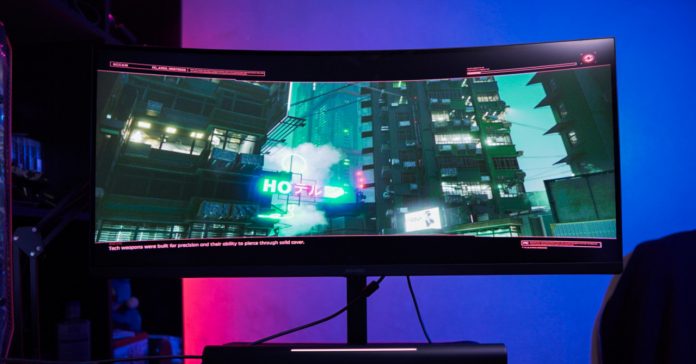 Back in July, Huawei released its first gaming monitor in the Philippines – the MateView GT. Given that Huawei is known more for its handheld and portable devices such as smartphones and laptops, it was quite a surprise to see the brand release a high-end gaming monitor that packs impressive specs. Not only is the MateView GT an ultrawide display, it also packs impressive features such as a 65Hz refresh rate and HDR 10 Support.

Aside from these features, the MateView GT is also promising in other aspects such as design. While other monitors only have speakers as an afterthought, the Huawei gaming display has a large speaker built into the stand, promising better audio quality. On top of this, the MateView also has an impressive-looking design that’s fit for high-end gaming rigs, all without being too loud. 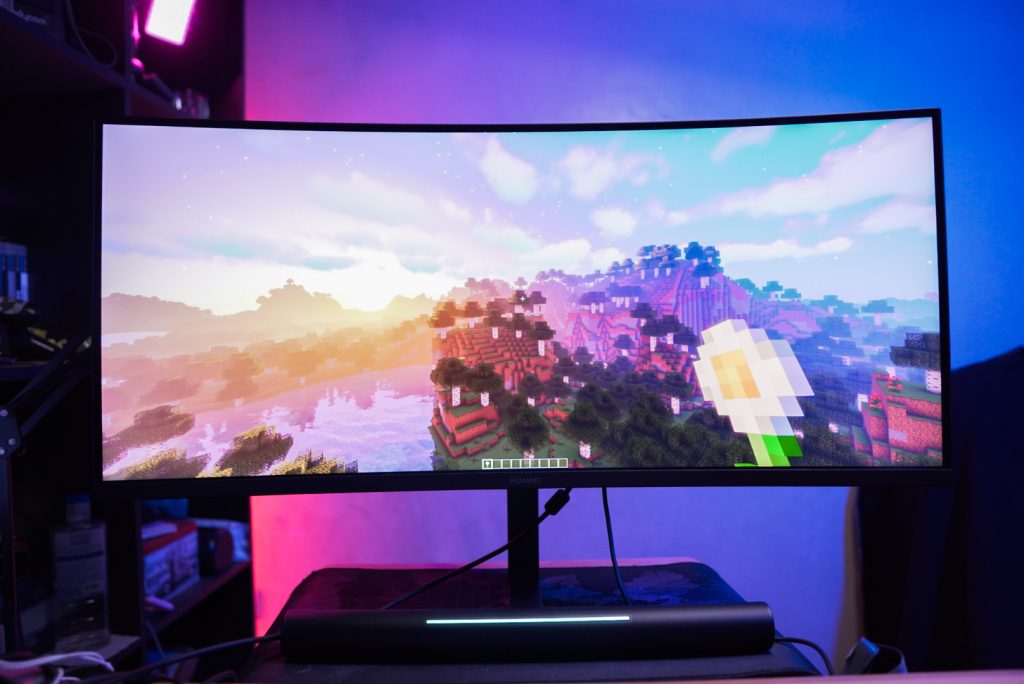 On paper, there’s a lot to love in this new Huawei gaming monitor. But does the display live up to the impressions in real-world use? Find out here in our Huawei MateView GT review! 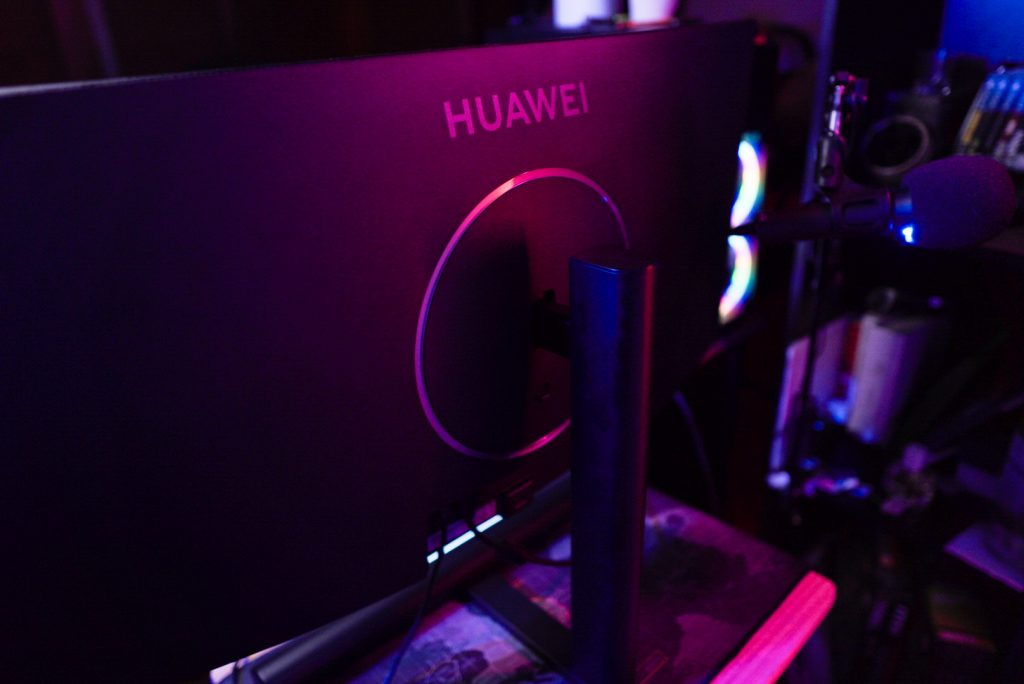 For starters, let’s take a look at the monitor’s design. The MateView GT isn’t the most aggressively-designed gaming monitor out there; other gaming displays have it beat when it comes to having that “gamer” aesthetic. Personally though, I’m more of a fan of more subtle designs, so I’m definitely liking the cleaner look of this display. Plus, I think a cleaner look would suit a wider range of PC setups, especially as some monitors may have a design that clashes with a certain setup.

If you think it’s a bit boring, don’t worry though as the monitor does get a pop of color thanks to the LED lights on the built-in soundbar. 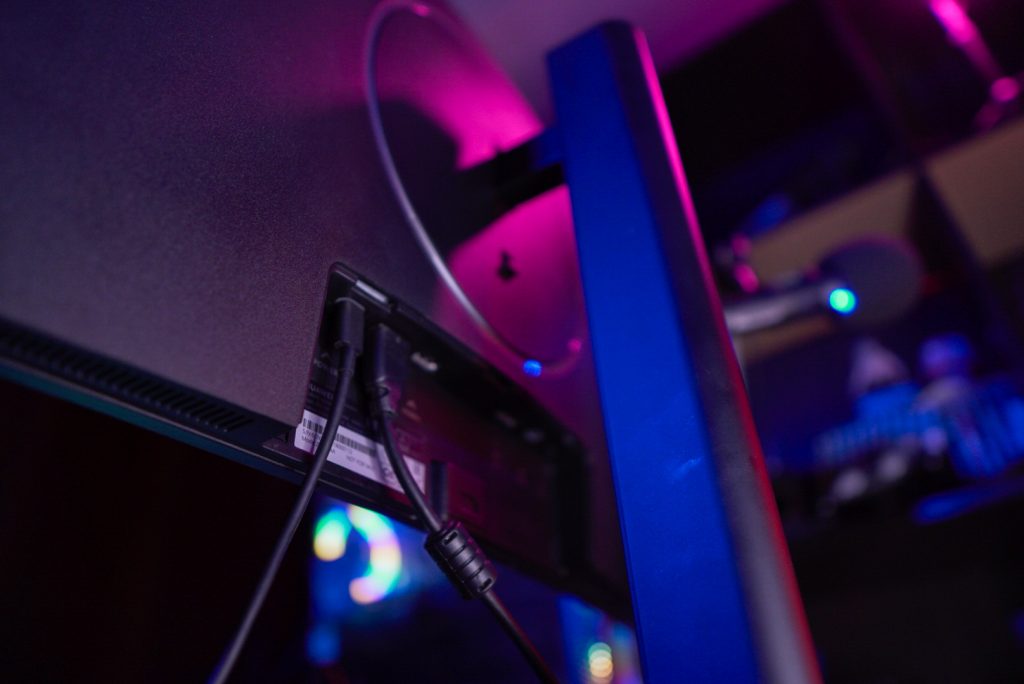 Aside from looking good, the monitor’s design is also practical as it comes with a stand that feels heavy-duty (important for a monitor of this size). This stand allows users to adjust the display’s tilt and height, though you won’t be able to rotate the screen using the stand.

If you don’t have space for a stand, the monitor does come with VESA 100×100 mm wall mount compatibility. 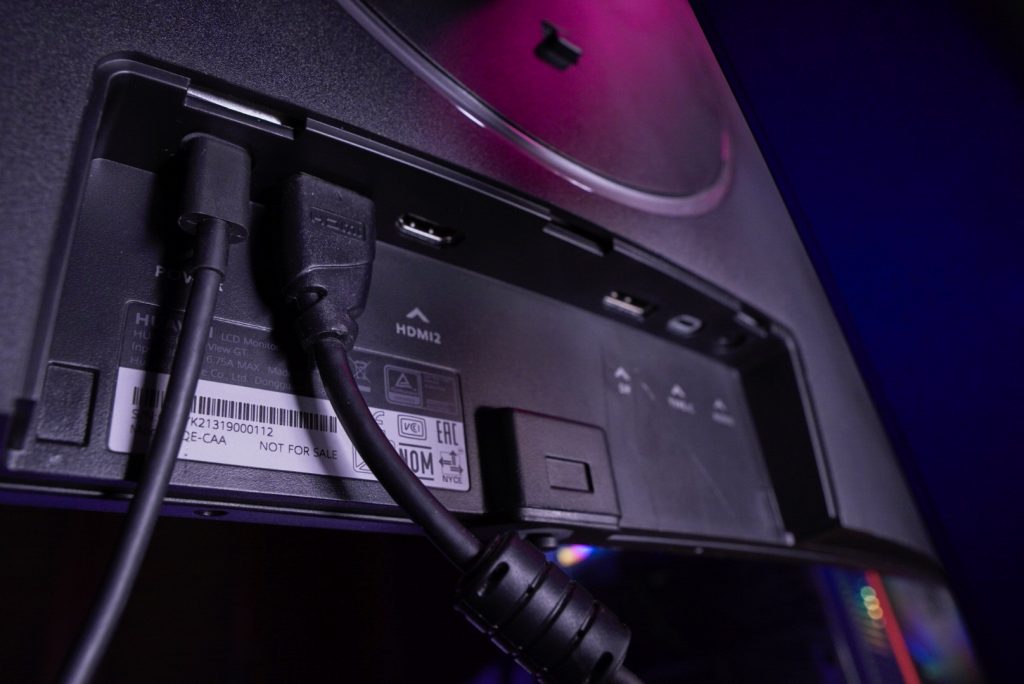 As for I/O, connectivity won’t be an issue as the monitor has 2 HDMI ports, 1 DisplayPort, a 3.5mm headphone/microphone combo jack, and 2 USB Type-C ports. One of the Type-C Ports can support display input, while the other is used only for the power supply. Thanks to these ports, you can easily connect a PC and two consoles if you game on multiple platforms. 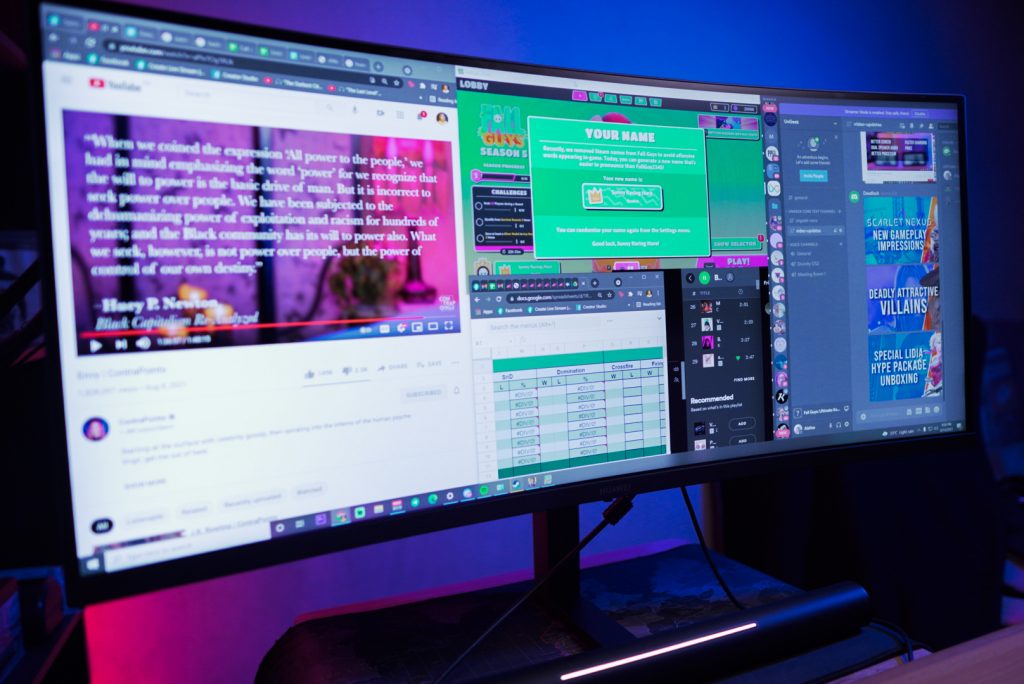 While the MateView GT is designed primarily for gaming, we had to test the monitor out for some binge-watching. For watching movies and shows, the MateView GT is great as it has a bright output with fairly true-to-life colors. HDR content also looks good on it as it has HDR support, though of course, the dynamic range won’t be as high when compared to higher end TVs.

As for the aspect ratio, given that it’s an ultrawide monitor, watching most shows means you’ll get black bars at the sides, though this is far from a deal-breaker as the screen is large enough that you won’t find it distracting. Though it does work well for widescreen movies as you’ll be able to use pretty much the full screen, making it a great match for movie buffs. 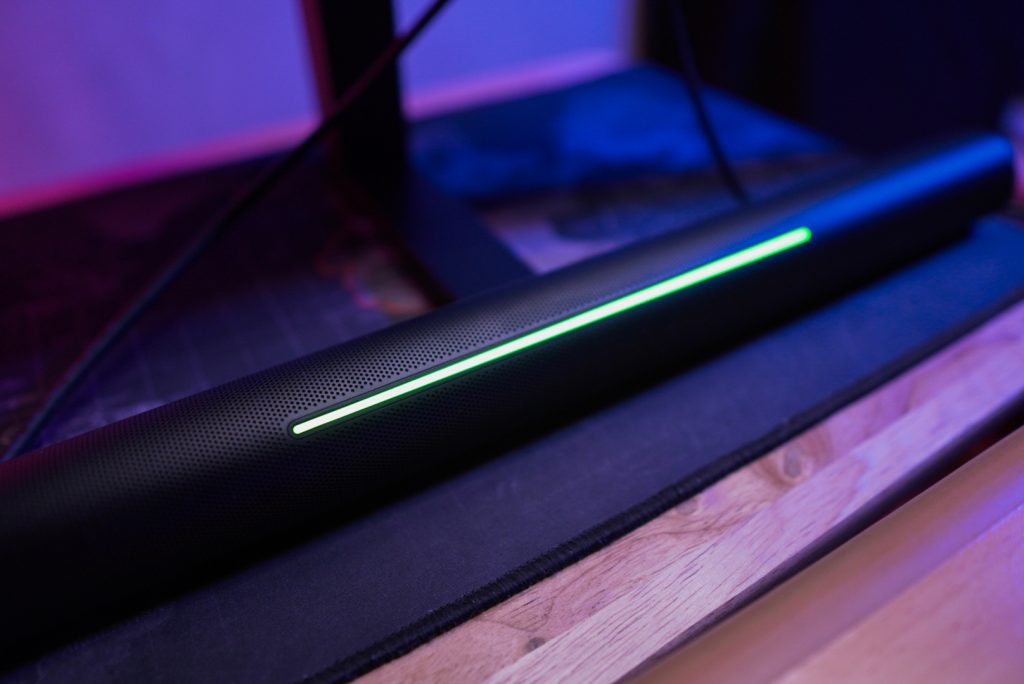 One thing that also adds to the binge-watching experience is the MateView GT’s built-in sound bar. For built-in speakers, this monitor’s speaker is great as sound quality is nice and it can also get decently loud. Of course, for the best experience, external speakers and/or headphones are recommended.

Now for gaming. Given the impressive specs, we expected a lot out of the MateView GT, and for the most part, it delivered!

Thanks to its 3440 x 1440 resolution and 165Hz refresh rate, the MateView GT is an excellent laptop for gaming. While the high refresh rate is great for playing esports titles such as Valorant or Dota 2, some gamers might notice the monitor’s 4ms response time; for comparison, other esports-focused monitors have 1ms response times. Because of this, it was with triple-A games where the monitor shined. 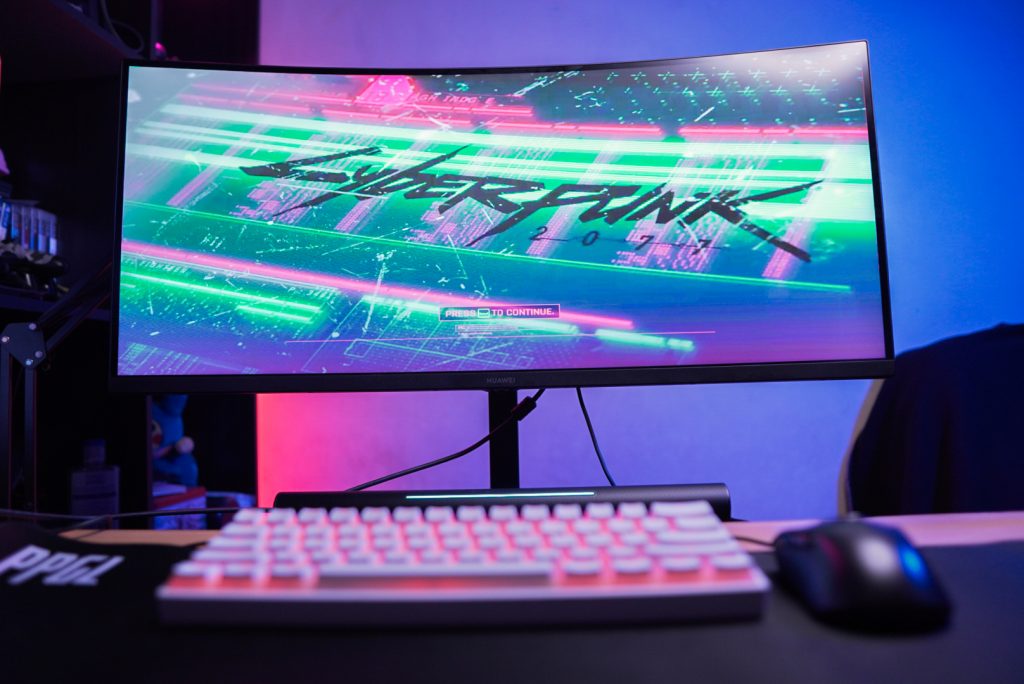 Playing triple-A games such as Cyberpunk 2077 is a great experience on the monitor because of how responsive it is, as well as with its bright and vibrant output. It also helps if you have a compatible GPU as this monitor comes with AMD FreeSync as you’ll have a tear-free gaming experience if you do have one. 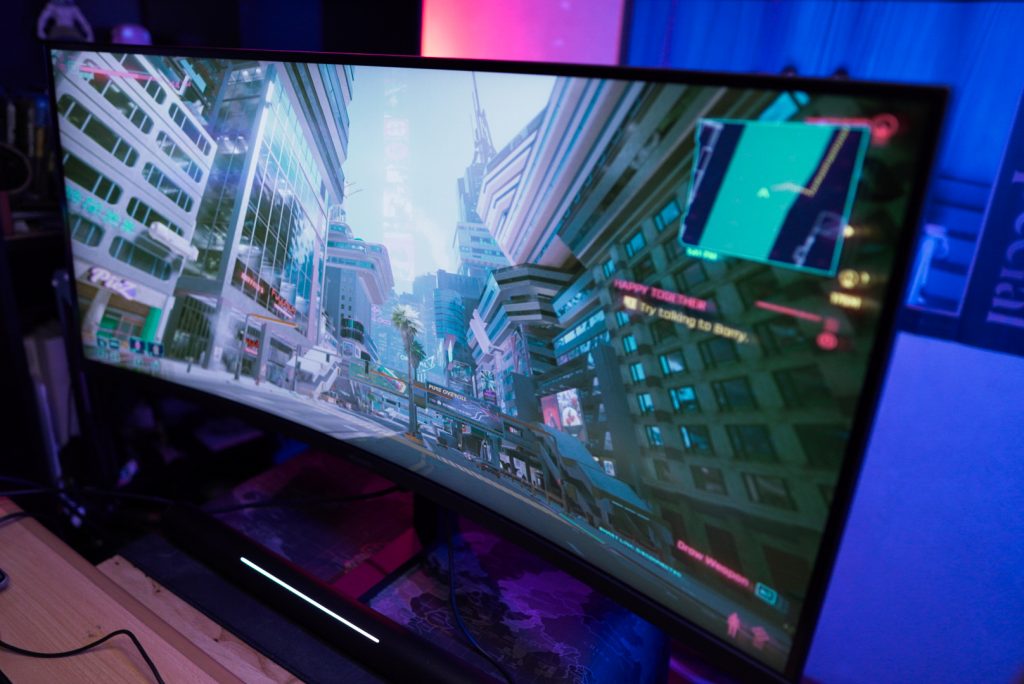 Thanks to the immersive quality of having an ultrawide display, gamers who love playing big triple-A games, as well as racing/driving simulators will likely enjoy gaming on this monitor. 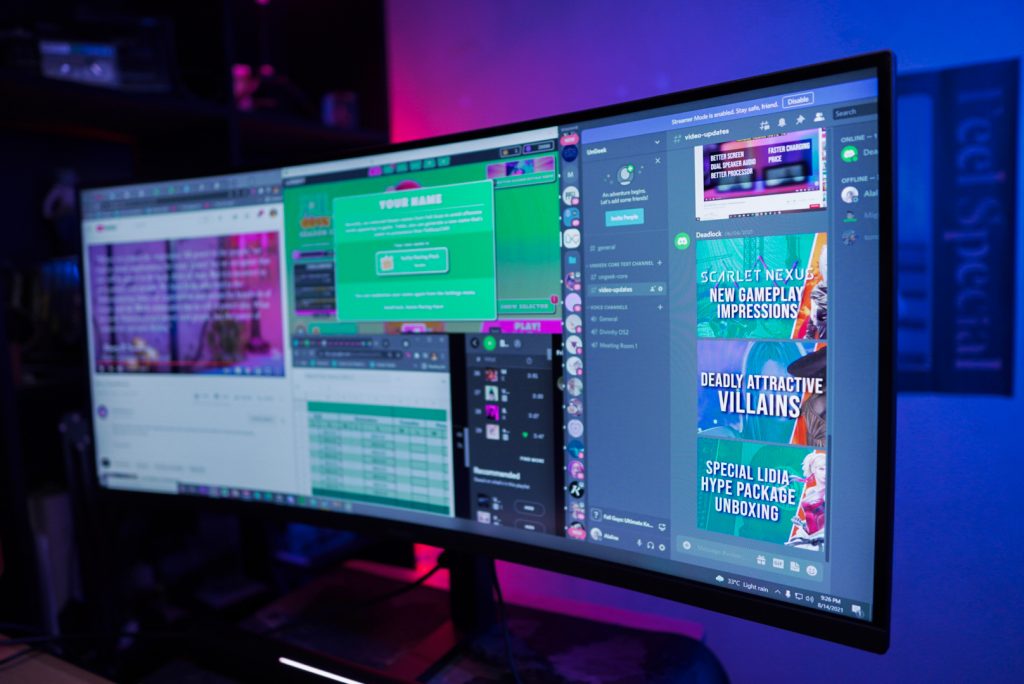 While it worked great for triple-A gaming, the MateView GT also did not disappoint for everyday use. If you’re a user who multitasks a lot, this Huawei monitor is a great fit as it gives you tons of screen real estate to open multiple windows. 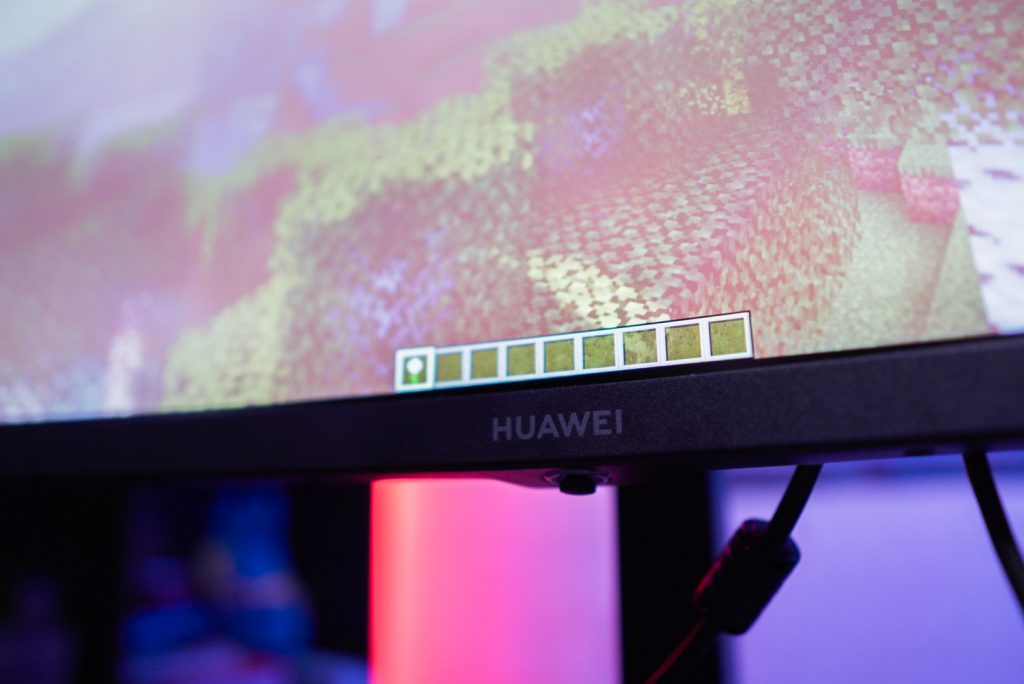 If there’s one thing that we want to change with the MateView GT, it’s the system menu. Navigation of the menu is done through a five-way joystick found on the bottom of the screen. While we had no issues navigating the menu UI, we did notice that you can’t really fine tune the display’s saturation. This won’t be a problem for most gamers, but content creators who want more control on the color output may find this to be an issue. 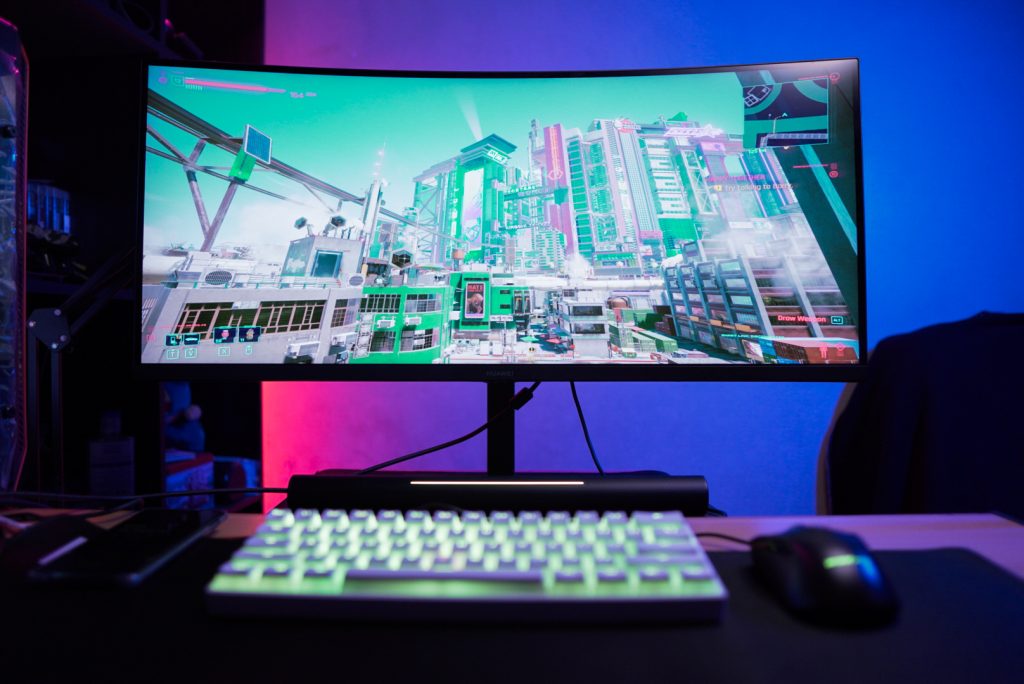 Thanks to its great design and excellent gaming performance, the Huawei MateView GT is an impressive offering from Huawei, especially considering that this is the brand’s first high-end gaming display offering.

But is it worth it? At its price of PHP 28,999, the MateView GT certainly faces stiff competition. Though overall, you can’t go wrong with this Huawei monitor, especially if your priority is triple-A gaming above all else.