Huawei teases the launch of nova 8 series in the Philippines

It's been a while since we last saw a new nova phone from Huawei. 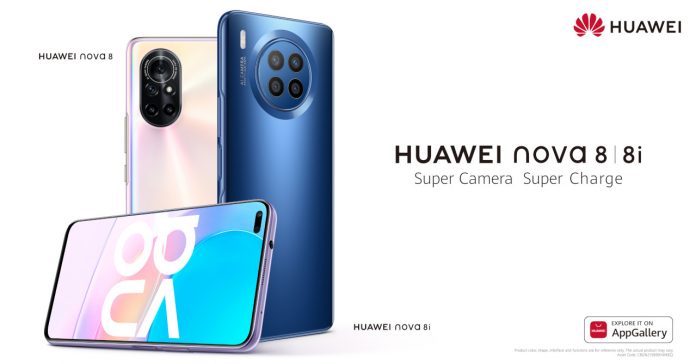 Aside from announcing pre-orders for the new MatePad 11, Huawei has teased the new nova 8 series in the Philippines. This is the first mid-range nova lineup to be made official from Huawei Philippines in quite a while, and it consists of the nova 8 and the nova 8i.

According to Huawei, the highlight features of the new nova 8 series are the cameras. Specifically, both the nova 8 and nova 8i feature quad camera setups with 64MP main shooters each.

To complement these camera setups, both phones will also feature 66W fast charging – this means both nova 8 phones should charge faster than a lot of other mid-range smartphones that are available today.

While both phones share some key features, there are of course some hardware differences. For starters, the nova 8 is powered by Kirin 820E processor, while the nova 8i packs a Snapdragon 662 chipset.

Aside from the processors, the phones also differ in displays. The higher-end nova 8 features a 6.57 inch FHD+ OLED display, with a 90Hz refresh rate. Meanwhile, the nova 8i has a 6.67-inch FHD+ IPS LCD screen with a 60Hz refresh rate.

The Huawei nova 8 series is expected to launch in the Philippines this month. Currently though, you’ll have to stay tuned for an official announcement on the Huawei PH Facebook and website.