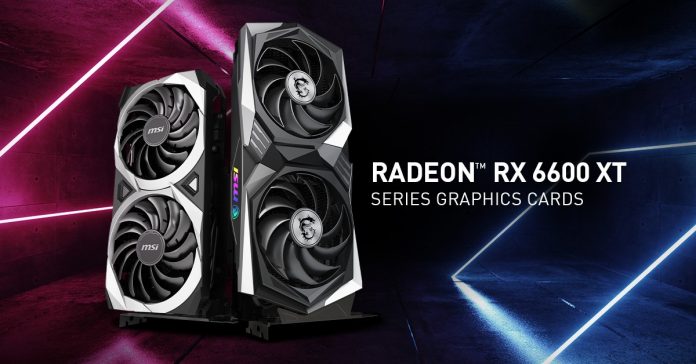 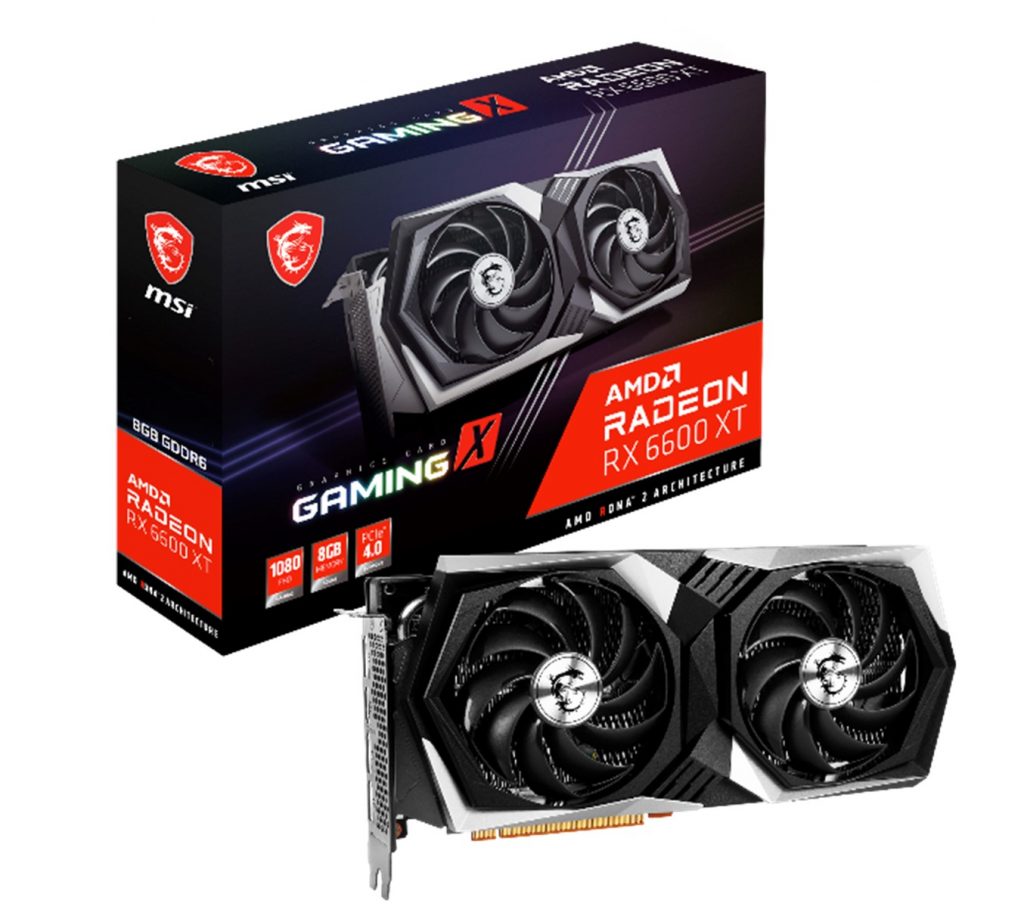 First up, we have the Radeon RX 6600 XT GAMING X. This GPU features MSI’s TWIN FROZR 8 thermal design which promises efficient cooling, as well as Mystic Light RGB lighting on the sides. 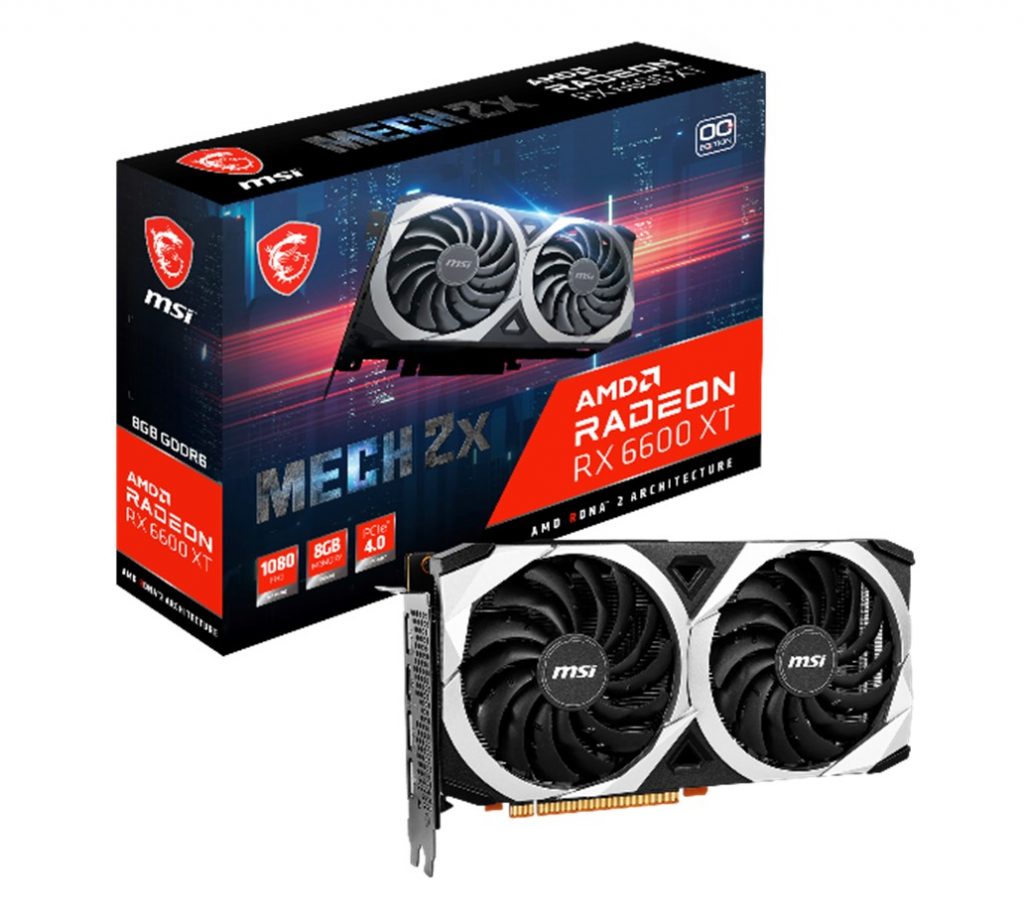 Meanwhile, the RX 6600 XT MECH 2X GPU features MSI’s performance-focused MECH design, as well as a sleek and solid build that should make it a good match for any PC build.