Ragnarok X: The Next Generation x That Time I Got Reincarnated as a Slime collab announced 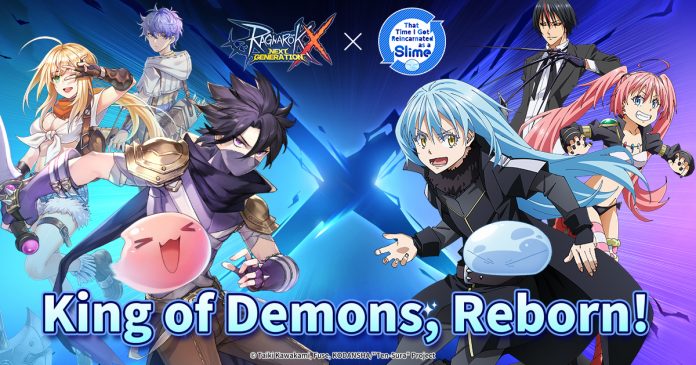 Adventurers of Rune Midgard – prepare yourselves for yet another great adventure! Nuverse just confirmed that Ragnarok X: Next Generation will commence its first-ever collaboration with a highly popular anime series, That Time I Got Reincarnated as a Slime (aka TenSura). The Ragnarok X: Next Generation and That Time I Got Reincarnated collab will bring the world of Tensura in the Rune Midgard, and it will feature tons of challenges and rewards for those who dare to venture in this grand adventure.

Fans of the anime series will definitely have a lot of things to be excited about when these two fantasy worlds collide. Considering the entire Tensura anime series follows an RPG-like rule in its world in terms of its character growth and class evolution, it’s just a perfect fit for an open-world adventure like ROX. You can pretend that you’ve been transported to the world of Tensura yourself and seek out the vast land for a wonderful journey.

Although, what I’m actually looking forward to in this collab are the guest characters that will appear like Rimuru, Diablo, and Millim. Plus, there would probably be new limited-time MVP and Mini MVP Bosses that adventurers can challenge on the world map. Though, we have yet to see who these bosses are; it would be great if we can battle against a gigantic Rimuru (Slime) boss or Gobta boss fight. But one thing is for sure, the rewards will be must haves for TenSura fans. Some confirmed rewards are Hairstyles and Costumes, letting the players dress up their characters to look alike taking the likeness of their favorite character from the series.

There would also be a limited-edition mount and pet based on the series, so make sure to grab the opportunity and don’t miss your chance to participate and grab these rewards as these won’t be around for a very long time. 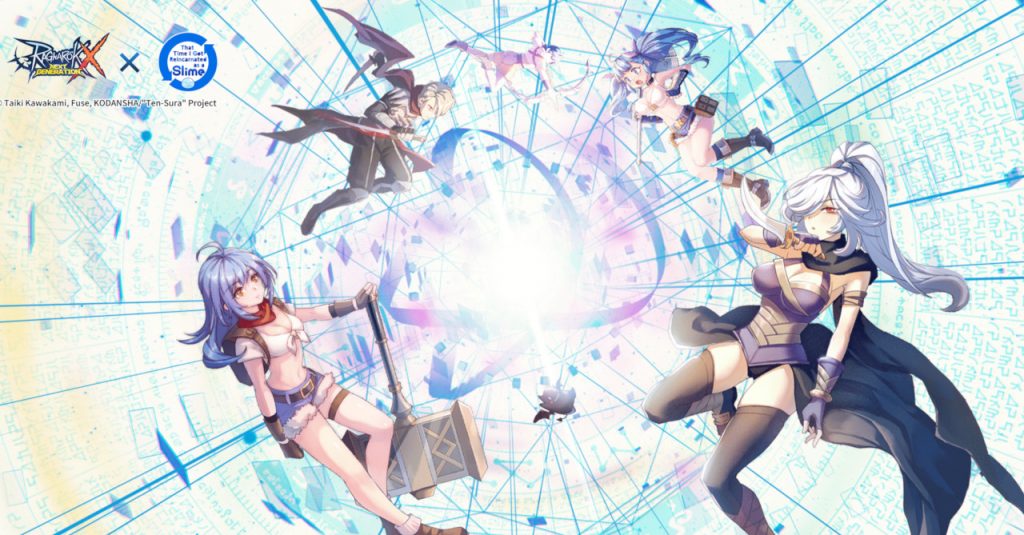 While we wait for this upcoming collab, adventurers can participate in the ongoing Ragnarok X events such as Poring VS Lunatic and Pet Adventures which were launched at the same time as the Pet system. In Poring VS Lunatic, adventurers will have to choose between the two factions, competing to earn Favor points through Daily quests. The faction that possesses the most Favor points at the end of the event will receive special rewards. Meanwhile, Pet Adventures will let players play either a Monopoly-style board game or hunt down marked monsters through the game’s Odin’s Blessings to earn “Activity points” that can be exchanged for prizes at the Exchange Store.

With an open-world design and an emphasis on lore, ROX’s collaboration with a series much like TenSura is a match-made in Poring, er, slime heaven. The upcoming event will also open up a new event exclusive storyline that will run during the event duration so expect a much bigger world to explore when Ragnarok X: Next Generation x That Time I Got Reincarnated as a Slime happens from September 10, 2021 to October 10, 2021.