The Six Mexico Major brings together 15 of the world’s best teams across four regions. 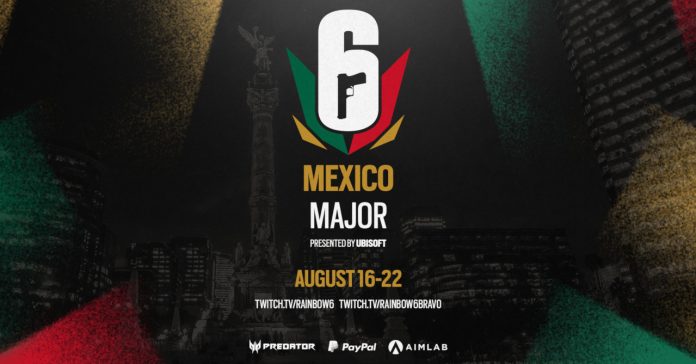 Ubisoft has just kicked off the Rainbow Six Siege Mexico Major, and it is happening now until August 22. This tournament brings together 15 of the world’s best teams across Europe, North America, Latin America and Asia-Pacific. The 15 teams will face off in this competitive LAN tournament for the lion’s share of the USD 500,000 prize pool, as well as points in the Global Standings for the Six Invitational 2022.

Here is the full list of teams that are participating in the Mexico Major:

From the North American League

From the European League

From the Asia-Pacific League

From the Latin-American League

The tournament’s group stage is happening now until August 18. Following this, the top 8 teams from groups will advance to the playoffs which are scheduled on August 20-21. Finally, the event will be capped off with the Finals on August 22.

Here’s a rundown of the group stage matches for the Rainbow Six Siege Mexico Major: 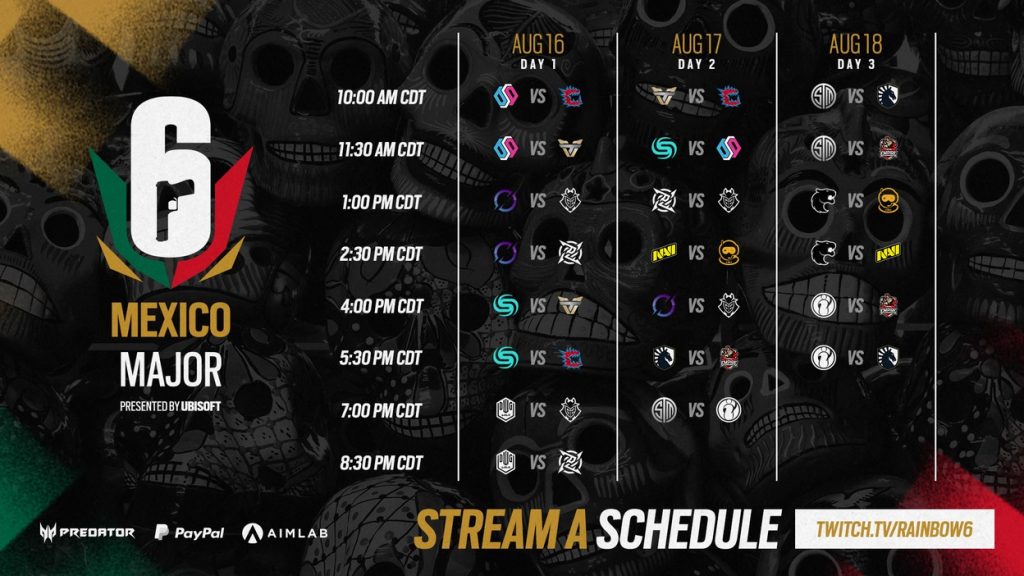 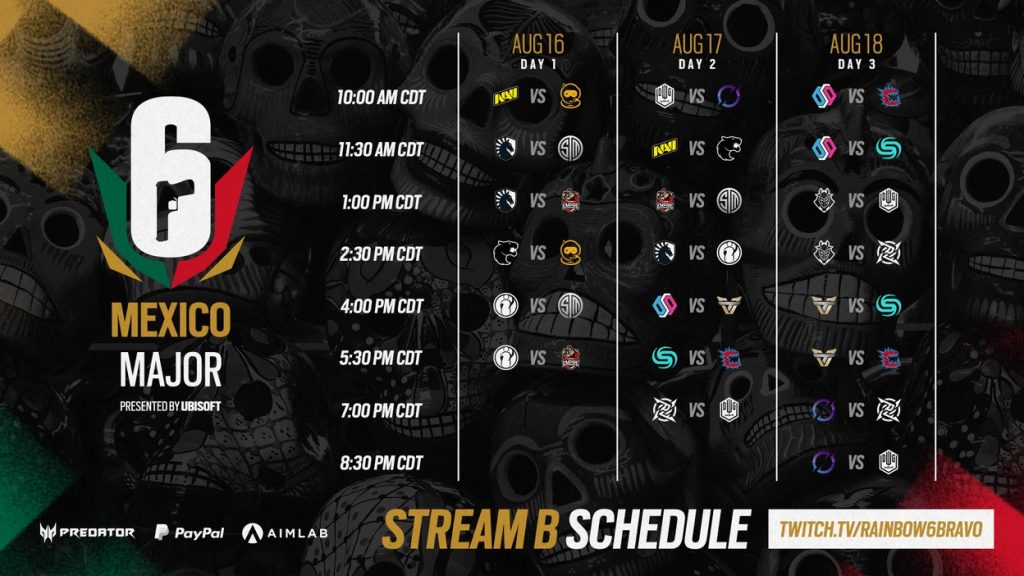