realme celebrates Dare To Be You Global Fan Fest this month 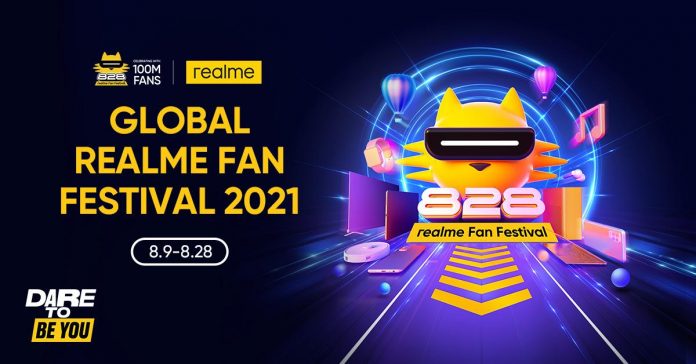 Much like last last year, realme is once again celebrating Fan Fest with its Dare To Be You festival happening this month. This celebration from realme promises lots of new events, promos, and other surprises this August 2021.

To kickstart the festival, realme recently launched its 8.8 Sale on Lazada and Shopee with discounts of up to 40% OFF on smartphones and TechLife devices. The 8.8 Sale was available up until until August 10 on Shopee, and August 12 on Lazada. To follow this up, realme’s Super Brand Day Sale is happening on Shopee on August 26 to 28, and it will feature another round of deals and discounts.

Along with the sales, realme also announced that it is looking for its next brand ambassador. Specifically, participants can join by uploading a short video explaining “how they encourage themselves to stay unapologetically real despite what other people may say.” Entries will be accepted until August 20, and the winners will be announced on August 26. Two winners will get to take home a PHP 50,000 cash prize, 1-year contract as brand influencer, and other content collaboration opportunities (For the full set of mechanics, visit this link).

realme will also kick off its Dare To Be You social media movement today, August 11. This campaign will feature fashion model Reins Mika Melitante, shoutcaster and gaming analyst Caisam “Wolf” Nopueto, fashion designer Carl Jan Cruz, drag artist Prince Martell, and creative director Ryuji Shiomitsu; and they will share their stories and insight as part of the campaign. 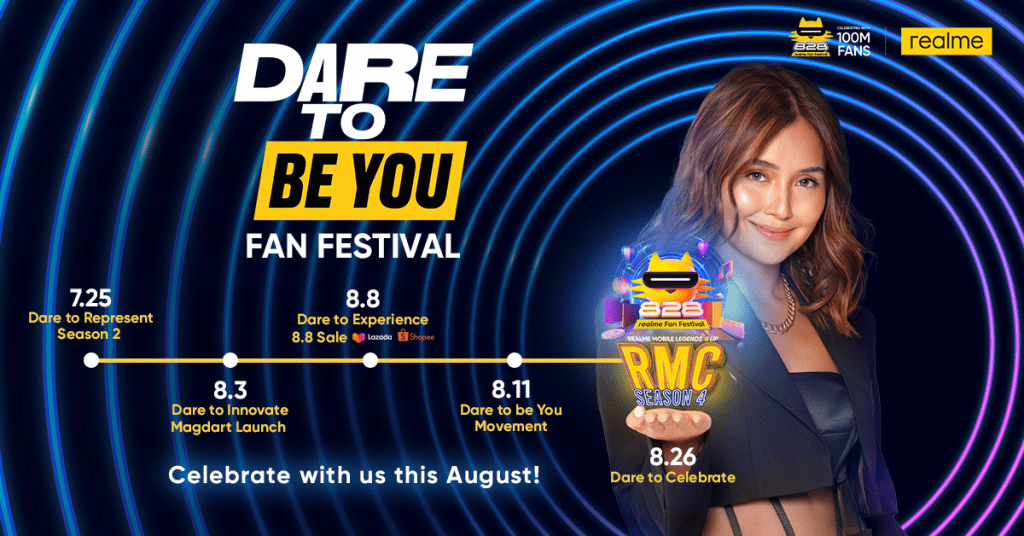 Finally, realme Global Fan Fest culminates on August 26 with the realme Mobile Legends Cup Season 4 Grand Finals. The finals event will see the best Mobile Legends teams in the country face off for to championship, as well as the lion’s share of PHP 500,000 worth of prizes.

“In just less than three years, realme has managed to achieve unimaginable success in the Philippines, and we could not have done this without the incredible support of our fans and community. Knowing that we have the realme Squad with us every step of the way pushes us to outdo ourselves and reach greater heights”, shares Austine Huang, realme Philippines’ VP for Marketing. “We are truly grateful for your loyalty, and we hope that our Global Fan Fest this month will spread joy and optimism amid these challenging times,” adds Huang.