Get free Sonic-themed in-game items with this collab! 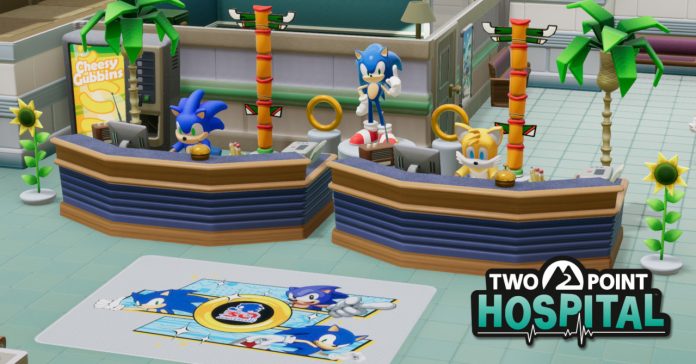 SEGA and Two Point Studios have announced the Two Point Hospital and Sonic the Hedgehog crossover event, and it brings a wide range of Sonic-inspired items to the hospital management simulator.

This collab event was made to celebrate the 30th Anniversary of Sonic, and it is now live on PC, PlayStation, and Switch. This means players can get lots of free Sonic in-game items now.

For starters, we have four costumes: Sonic, Amy, Knuckles, Tails. Along with these costumes, there is also a range of items, including a Sonic statue, decorative rugs and even a giant Gold Ring. Thanks to these, you’ll be able to decorate your hospital in true Sonic style.

“For us, it’s a dream come true to fully bring the joy of Sonic into our universe”, said Studio Director Gary Carr. “With discounts and free trials coming up to coincide with the pack, there’s never been a better time to get involved.”

Need more convincing before you get Two Point Hospital? Check out our review of the game.

And for more information about Two Point Hospital, head over to www.twopointhospital.com.