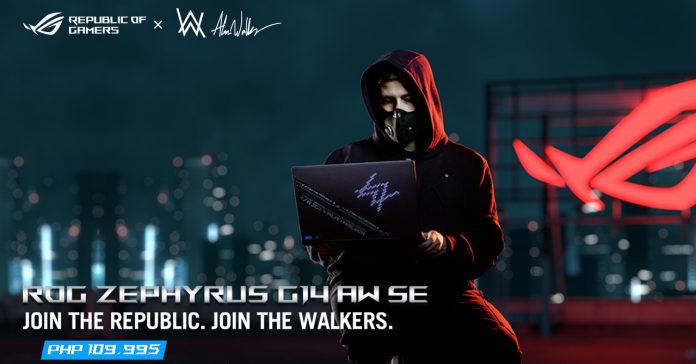 This version of the Zephyrus packs a unique design, as well as powerful specs, including a Ryzen 9 5900HS, as well as an RTX 3050 Ti.

Check out images of the laptop here:

In case you’re unfamiliar, Alan Walker is a music producer/DJ who began his career releasing tracks on YouTube and SoundCloud a few years ago. Then in 2015, he released the song Faded which gained him renown. Following this, Walker has released various songs, and he now has billions of streams on YouTube and Spotify. Walker has even produced tracks for PUBG Mobile, as well as the Death Stranding: Timefall soundtrack.

Given his music production background, this special edition Zephyrus G14 also comes with a custom ROG Remix sampler. Specifically, the laptop’s box can be connected via a Type-C cable to the notebook, and it turns into the Remix sampler with conductive pads on the surface that allow users to trigger 18 of Walker’s own sound effects. You can also customize the sound effects and import your own music.

- Advertisement -
Previous article
The Rocketeer almost featured in the first episode of Marvel’s What If..?
Next article
Demon Slayer The Movie: Mugen Train is coming to Netflix