The Elder Scrolls V: Skyrim is getting an Anniversary Edition release

Todd Howard is back with another Skyrim re-release! 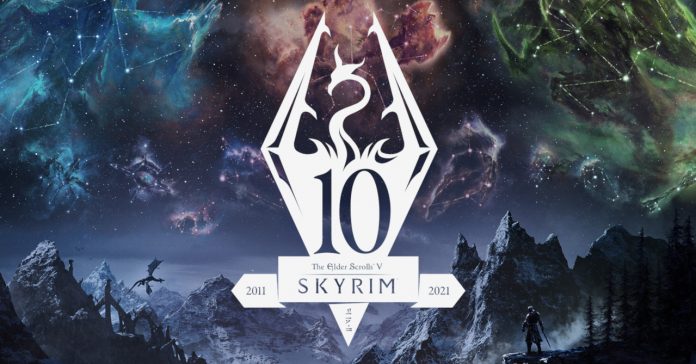 To celebrate the game’s 10th anniversary, Bethesda has announced The Elder Scrolls V: Skyrim Anniversary Edition which releases on November 11. This marks the second major re-release for the game following the Special Edition release back in 2016, though this doesn’t count the Switch port and the VR version releases.

This version of Skyrim is essentially the Skyrim Special Edition bundled with over 500 Creation Club elements. This means the Anniversary Edition will come with the base game (the Special Edition version), the three DLC packs, and a variety of mods, including “new quests, dungeons, bosses, weapons, spells, and more.” The Anniversary edition will also come with a free next generation console upgrade for the PS4 and Xbox One versions. 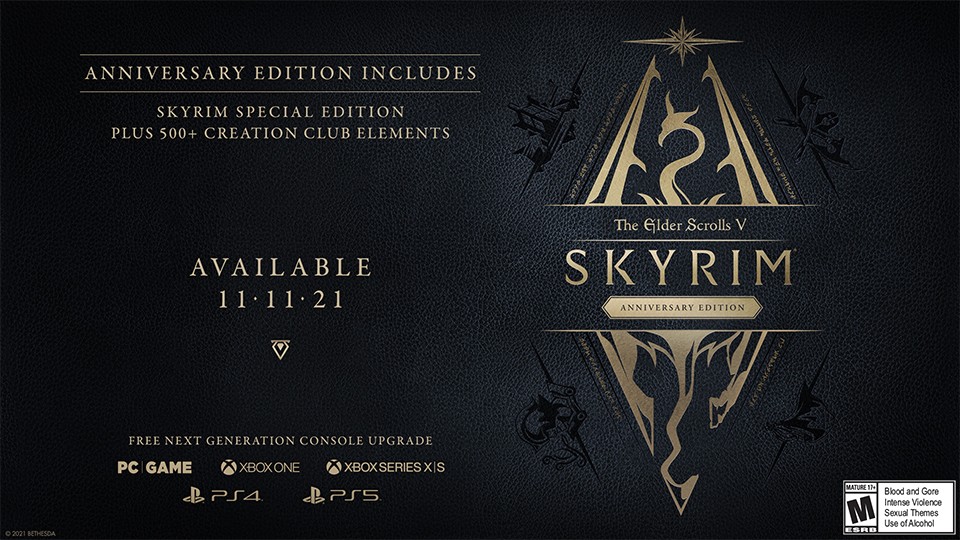 Alongside this new version of Skyrim, Bethesda is celebrating the game’s 10th anniversary with various activities, including Skyrim in Concert where the London Symphony Orchestra and London Voices Choir will perform music from the game, and it will be streamed live on YouTube and Twitch on November 11 at 2:00pm EST (November 12 at 2AM PHT). Bethesda will also host a Skyrim Museum online where fans can view and submit their Skyrim art and other creative works.