The Witcher: Nightmare of the Wolf Review | A Solid Recommendation for Witcher Fans

Witcher fans will find a lot to love in this new film. 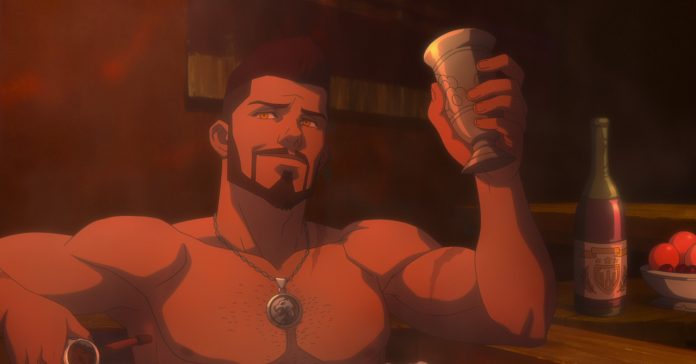 While it’s been well over a year since the release of Netflix’s live action The Witcher series, Witcher fans are finally getting new content very soon. Aside from the upcoming second season this December, Netflix is also releasing Nightmare of the Wolf soon.

In case you missed its announcement, Nightmare of the Wolf is an animated film that’s set years before the events of the live action series. And instead of following Geralt, the movie follows Vesemir, Geralt’s mentor.

As the first new story in Netflix’s Witcher universe (meaning it’s not based on the books), does Nightmare of the Wolf expand the series’ world well? And does the animated film format lend itself well to a tale set in the world of the Witcher? Here’s what we think!

No Geralt, No Problem? 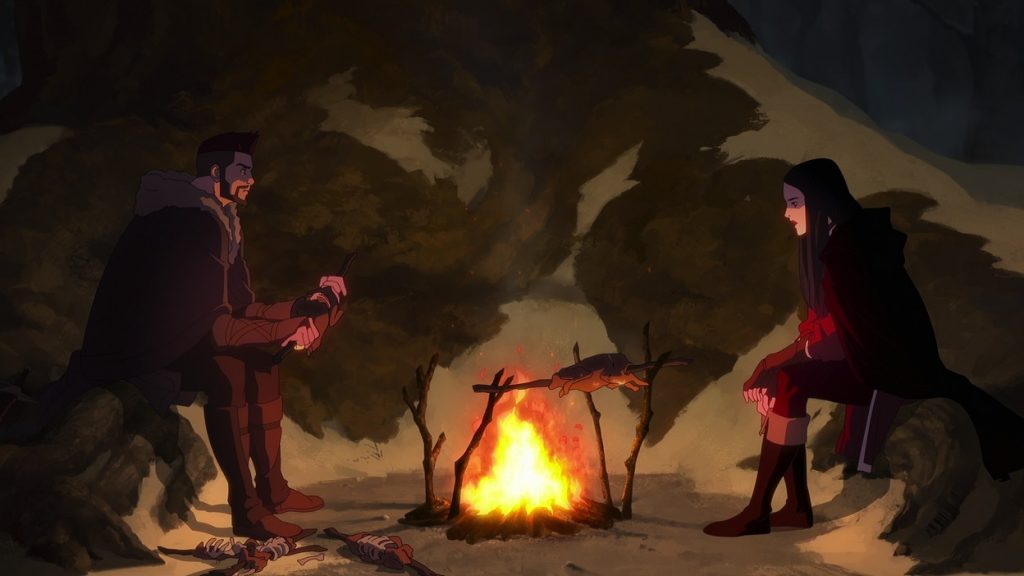 Pretty much all the Witcher media, from the books to the games, all feature Geralt as the main protagonist. While I love Geralt as a character, I did find Nightmare of the Wolf quite refreshing as it finally follows a protagonist that’s not our favorite white-haired Witcher. While the film does feature Vesemir as the main character, this version of Geralt’s mentor is quite far from his older and more grizzled appearance from the games.

Nightmare of the Wolf’s Vesemir is much younger, and way hotter – both in terms of appearance and his personality. Aside from looking like an absolute stud (just look at him in that bathtub), Vesemir in this film is a bit more brash; though this should come as no surprise given that the story does follow his earlier days as a Witcher.

Finding out more about Vesemir’s origin isn’t the only reason to watch Nightmare of the Wolf though, there’s also the fact that its story does quite well to expand the world of the Witcher; not to mention that it promises to give viewers of the upcoming Witcher season 2 a more rewarding experience.

As Producer Lauren Schmidt Hissrich said in a recent interview, watching Nightmare of the Wolf is not required to fully appreciate season 2, but it should add a lot more to the experience when you do get to see it later this year. This is because Vesemir will finally make an appearance in the live action series, so it’ll be way more interesting to watch it once you know his origin, along with the events that were explored in the movie. 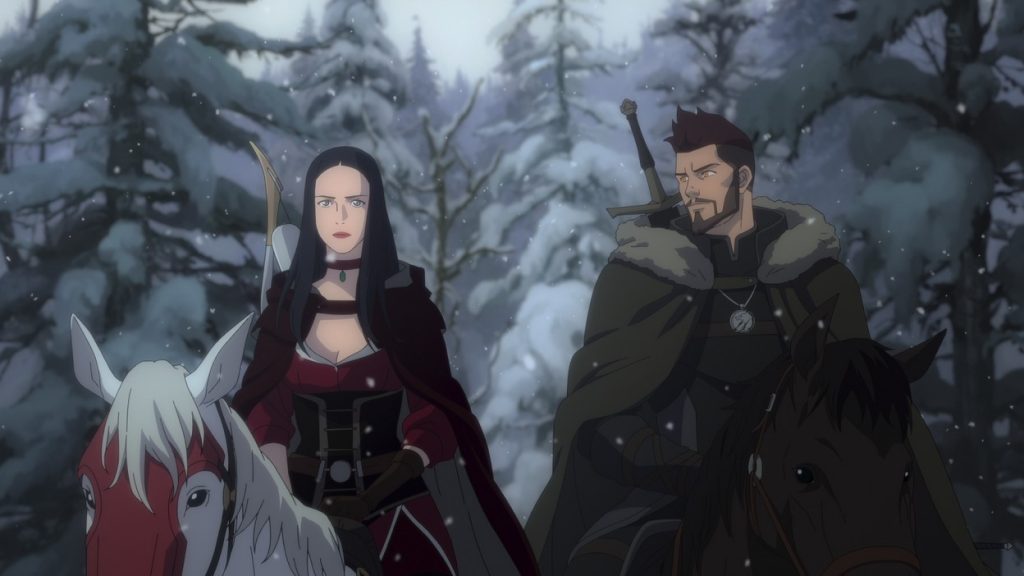 You may have noticed that I’ve been very vague when it comes to discussing the film’s story. That’s because it’s a fairly short movie at just around and hour and 20 minutes, so any plot detail I say might be considered a spoiler. So, without revealing anything, I can safely say that Nightmare of the Wolf’s story features some interesting characters and foes that will surely delight fans of the Witcher saga. Even though the story itself doesn’t exactly break new ground, I found it overall to be quite entertaining still. Plus, fans will definitely appreciate the monsters that are shown, as well as the new characters that are introduced.

As for viewers that are new to the Witcher series, you technically can start with this as it doesn’t really require much knowledge of the show. Personally though, I’d recommend watching the live action Witcher series first. 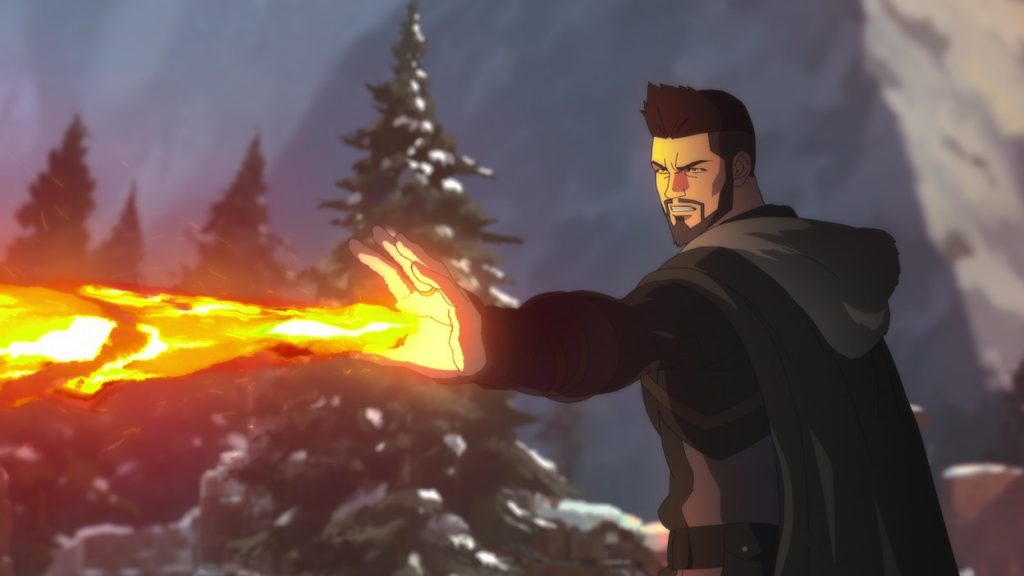 Along with story, a key factor in an animated film’s quality is of course its animation. This Witcher movie was produced by Studio Mir, the animation studio behind Netflix’s own Dota: Dragon’s Blood. So, how’s this film’s animation? For the most part, it’s pretty good!

A fear from some fans is that the Nightmare of the Wolf might have animation that seems cheap; after all, there have been some animated spin-offs or projects in other franchises that weren’t exactly high quality. Thankfully, this Witcher animated flick has excellent animation, complete with impressive fight scenes that will keep you glued to the screen.

To complement the quality animation, the principal voice cast of Nightmare of the Wolf also turned in good performances. Theo James (who voiced Hector in Netflix’s Castlevania series) was great as the young and suave Vesemir. Meanwhile, Lara Pulver (also the voice of Mirana in Dota: Dragon’s Blood) also did an excellent job as Tetra, a sorceress who accompanies Vesemir and has a big role to play in the events of the film. 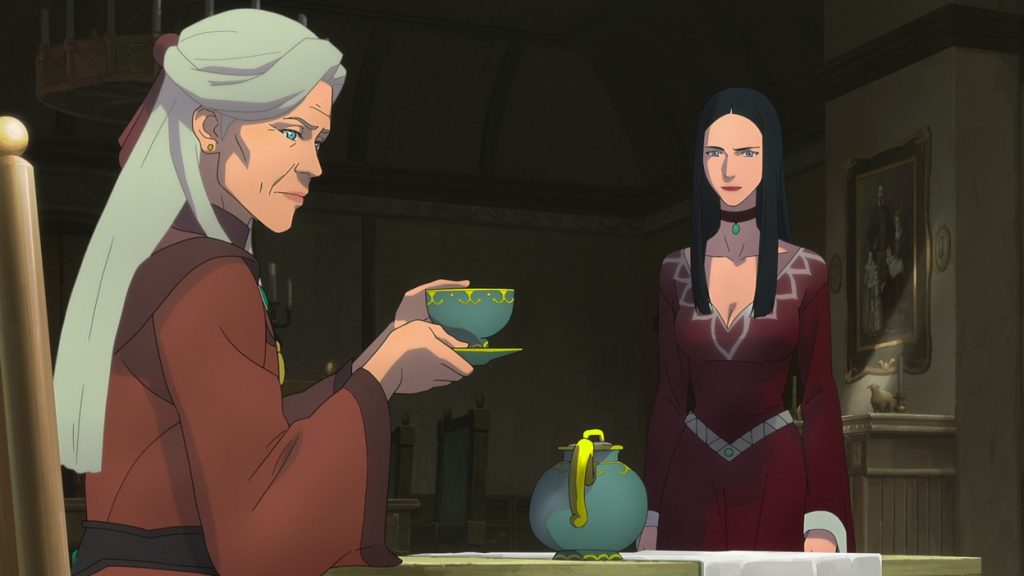 While the animation and performances in Nightmare of the Wolf is great overall, I do have some complaints; well, they’re more nitpicks than complaints. The first is that the animation can seem a bit too clean for the world of the Witcher. While yes, the movie has some gruesome and violent moments, the art style of the film doesn’t match the gritty look and feel of the live action Witcher series or the Witcher games.

Another is that the overall look of the show isn’t exactly unique; in fact, I think some have said that it looks a lot like the Netflix Castlevania series based on the trailer. For me, it doesn’t look all that different from Dota: Dragon’s Blood (they are created by the same studio after all). While a unique art style isn’t a requirement, I feel that a more distinct look could have made this movie look closer to the other Witcher media. Again though, these are mostly just nitpicking. 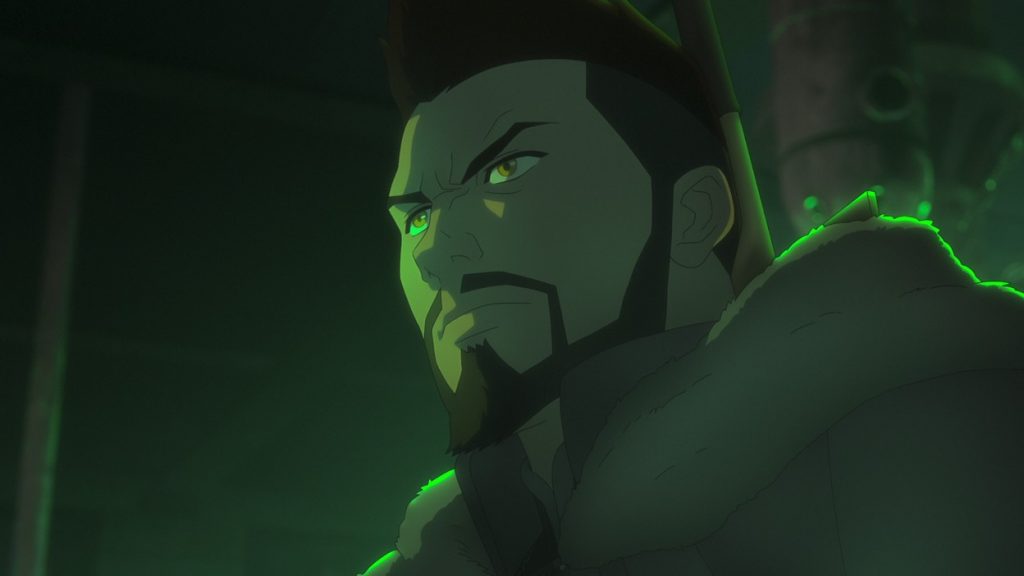 Thanks to its entertaining story and great animation, Nightmare of the Wolf is an easy recommendation for long-time fans of the Witcher saga. Whether you have only seen the Netflix live action series or are a big fan of the games and the books, Nightmare of the Wolf nicely expands the world of the Witcher – be it Vesemir’s origin or the monsters featured. Sure, I would’ve liked to see a more unique art style for this movie, but that’s far from a dealbreaker. So overall, this Witcher animated flick is worth adding to your list.

The Witcher: Nightmare of the Wolf releases on Netflix worldwide on August 23, 2021.