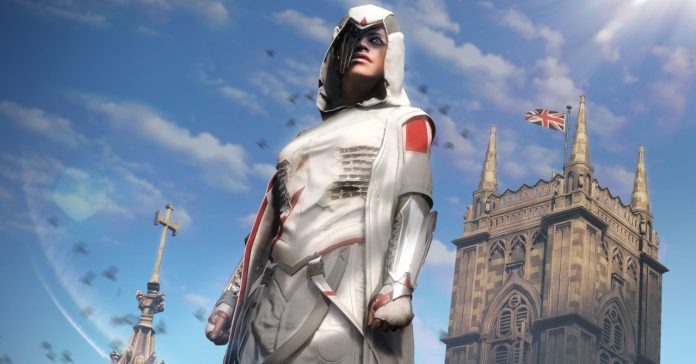 One of the biggest highlights of the new update is the set of Assassin’s Creed-inspired content. Among them are two free story missions – “Enter the Assassins” and “The New Creed” – as well as two free world missions – “Templar Hunt” and “Artifact Hunt.” Players who have the Season Pass will be able to play as Darcy, a member of the Assassin Order from Assassin’s Creed. Darcy is equipped with the following abilities:

Along with Assassin’s Creed missions, the update also includes other free content across the online mode of Watch Dogs: Legion and its single-player campaign:

The Online mode additions are:

Meanwhile, here the new Resistance Mode for the Single-player campaign was also released:

To top it all off, Watch Dogs: Legion Title Update 5.5 also brings the Legion of the Dead mode on PC and consoles. This game mode delivers a rogue-lite experience where players will have to “Survive-as-Anyone” against undead enemies in a post-apocalyptic London. The mode will be playable in solo or with up to four friends in co-op, and the goal is to reach the extraction point in each map. 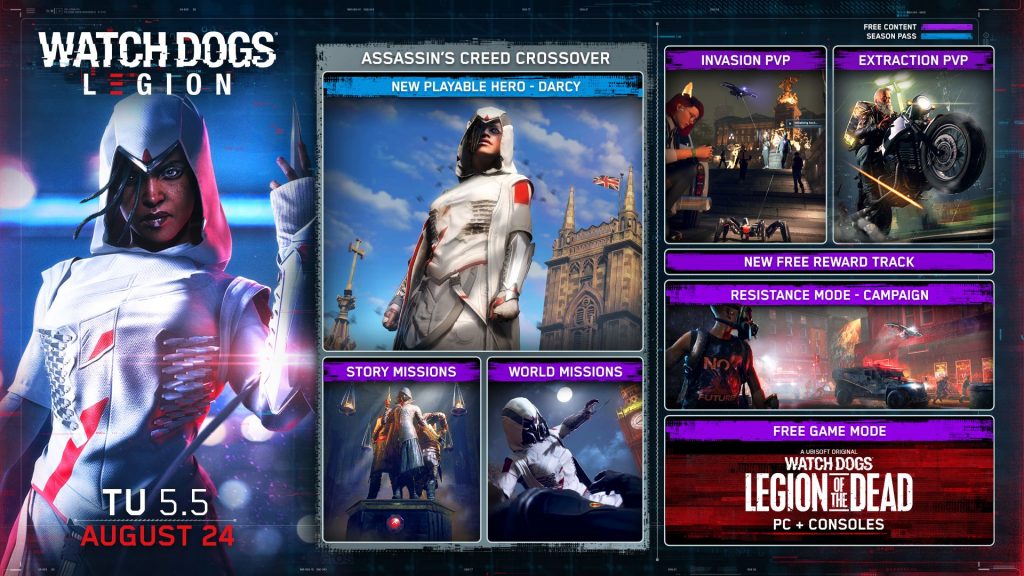