We can't wait to hear Aimer's songs for Demon Slayer! 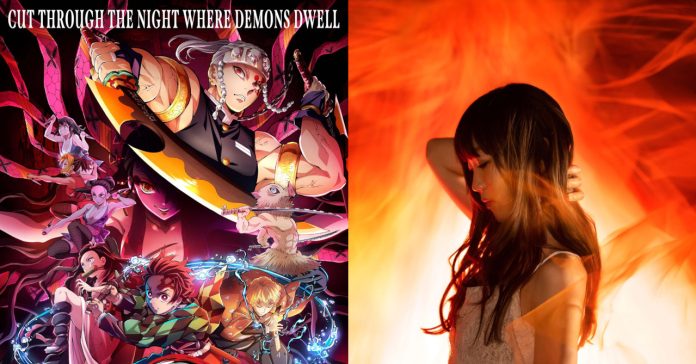 Along with the announcement of the Demon Slayer: Entertainment District Arc, it was revealed that Aimer will sing the new opening and ending themes for Demon Slayer Season 2.

While the new themes for Demon Slayer Season 2 have not been released yet, their official titles were announced. The series opener is a fast-paced song titled “Zankyosanka,” while the ending theme is called “Asa ga kuru” which is written and produced by songwriter, Yuki Kajiura.

In case you’re unfamiliar with Aimer, she is a Japanese singer that sang a range of opening and ending themes for various anime series and movies. Most anime fans know her for her work on the Fate series. Specifically, Aimer sang Brave Shine, the second opening theme for the Fate/stay night: Unlimited Blade Works anime series. She also sang the theme songs for all three Fate/stay night: Heaven’s Feel movies.

Aside from her work on the Fate series, Aimer also performed themes for shows such as Mobile Suit Gundam Unicorn, Kabaneri of the Iron Fortress, Fire Force, and more.

While Demon Slayer’s incredibly popular opening theme ‘Gurenge’ by LiSA is a tough song to follow, Aimer certainly has the chops to deliver themes that can equal it. We definitely can’t wait to hear her songs for the next Demon Slayer arc!