Here is the schedule of TUDUM, Netflix’s global fan event

Catch it later at 12 midnight! 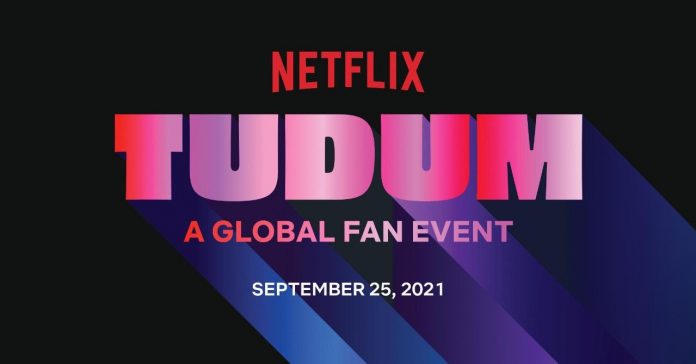 With the event happening later at 12 midnight, Netflix has revealed the schedule of TUDUM, its first-ever global fan event. And in case you missed its announcement, TUDUM (which is the sound you hear at the start of every Netflix show/movie), is an event that will feature over 145 stars and creators from around the world — representing over 100 series, films and specials. During the event, there will be exclusives, first looks, and more.

The first hour will be hosted by comedian Lilly Singh, and will feature an exclusive clip from the new heist film Red Notice, first looks at the latest seasons of Bridgerton and Ozark, and a special Stranger Things surprise.

For the next hour, the show will be hosted by Stranger Things stars Finn Wolfhard and Caleb McLaughlin, and will feature first looks at The Sandman, Vikings: Valhalla, and Cobra Kai Season 4. The second hour will also give us an exclusive look at Cowboy Bebop’s opening title sequence, and more.

Finally, the third hour will be hosted by Bridgerton’s Nicola Coughlan, and it will feature a teaser for Emily in Paris Season 2, exclusive clip from the new film Don’t Look Up, the trailer debut of Army of the Dead prequel Army of Thieves, first looks and breaking news from The Witcher, and more.

Here is the full schedule of Netflix’s upcoming event: 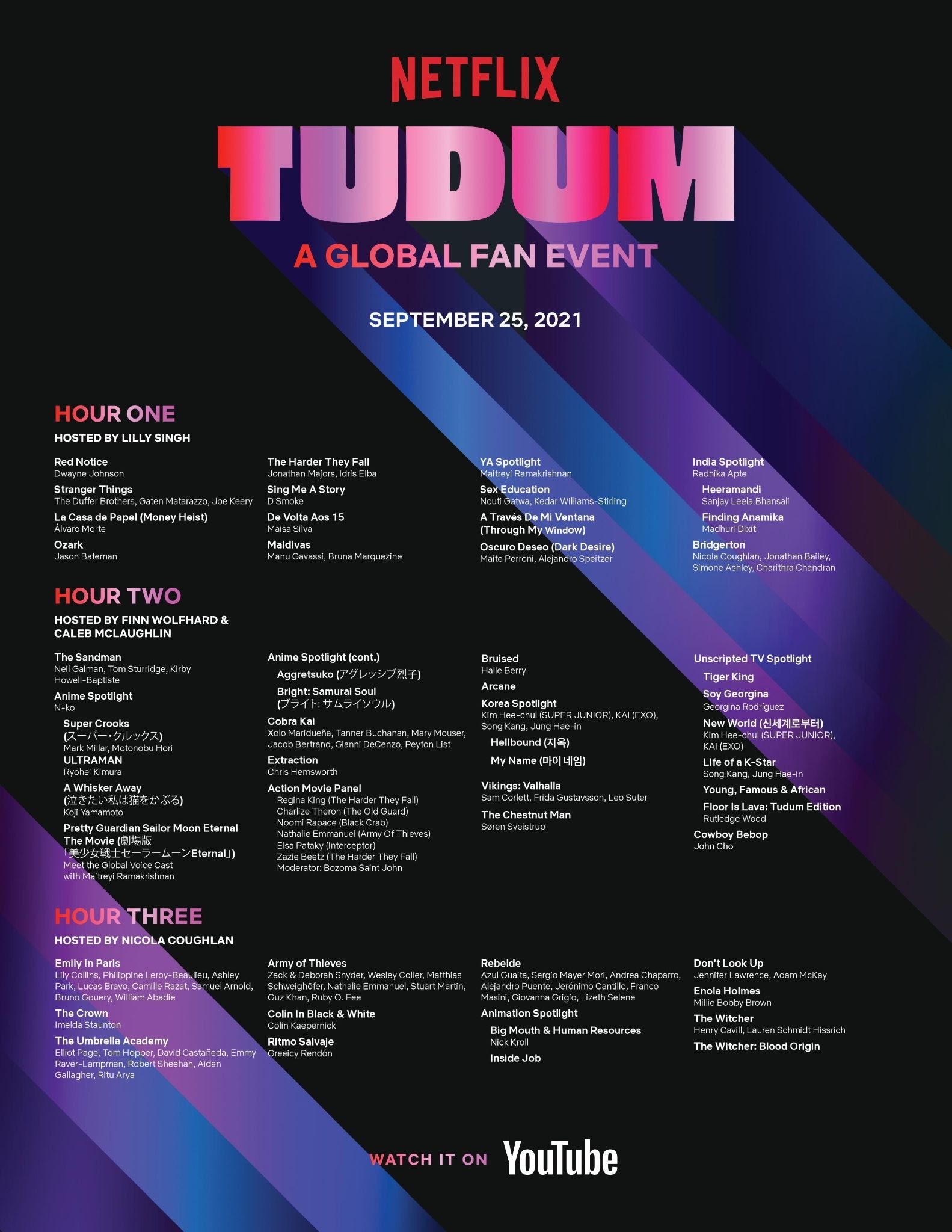 Catch the three-hour Netflix TUDUM virtual event later on September 26 at 12 am PHT. The event will go live on Netflix Philippines’ YouTube channel.

Before the event, there will also be special pre-shows spotlighting Korean and Indian series and films, along with anime content. These pre-shows will kick-off later, September 25 at 8pm PHT on the following channels:

For more info on TUDUM, visit the event’s official website at TUDUM.com.