Now that was quite a lineup of games! 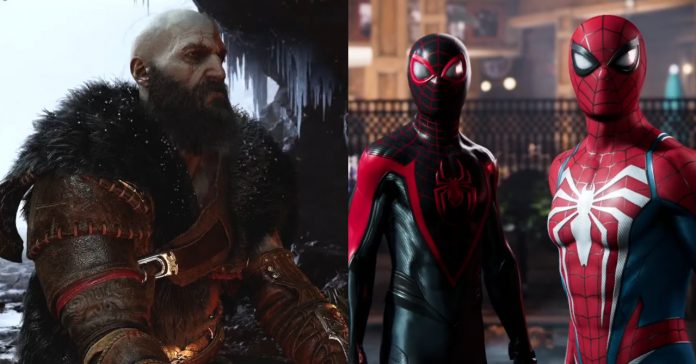 The PlayStation Showcase 2021 happened earlier today, and what a show it was! Sony definitely brought out the big guns as it revealed lots of new games that are lined up to release on the PS5.

From God of War Ragnarok to Marvel’s Spider-Man 2, here’s a rundown of all the announcements from the PlayStation Showcase 2021!

The showcase opened up with a bang as Sony revealed the Star Wars: Knights of the Old Republic remake that is being developed by Aspyr.

Next up is Project Eve, an interesting Korean action game that seems inspired by hack-and-slash titles from the likes of Platinum Games.

Tiny Tina’s Wonderlands is an upcoming Borderlands spin-off that puts a Dungeons & Dragons twist to the series’ looter-shooter formula.

At the showcase, Square Enix released a new trailer for Forpsoken, and they also revealed that the game will release in Spring 2022.

After its recent announcement, Alan Wake Remastered for PlayStation finally got an official trailer.

Yes, Grand Theft Auto V and GTA Online will release soon on the PS5, and it will come with a range of enhancements.

The new Ghostwire: Tokyo trailer showed off more of the game’s combat action, as well as the creepy foes that players will face.

Marvel’s Guardians of the Galaxy

After its reveal at E3, we now have another trailer from Eidos Interactive’s Guardians of the Galaxy game.

Bloodhunt is an upcoming battle royale game based on the Vampire: The Masquerade series, and it is also releasing on PS5.

With the game’s release just a few days away, a new story trailer for Deathloop was shown during the PlayStation event.

Kid A Mnesia is an interesting new title that’s described as an “upside-down digital/analogue universe created from original artwork and recordings” made to celebrate the 21st anniversary of Radiohead’s iconic album, Kid A.

Tchia is an interesting new open-world adventure game where the main character has the ability to control any animal or object, as well as a variety of traversal options.

The Uncharted: Legacy of Thieves Collection is a remaster of A Thief’s End and The Lost Legacy that’s releasing on PS5 and on PC in early 2022.

A new trailer for Gran Turismo 7 was released at the showcase, and it announced the game’s March 4, 2022. release date.

Aside from Wolverine, Insomniac Games is busy as Marvel’s Spider-Man 2 has also been announced. This sequel to 2018’s Spider-Man will release sometime in 2023.

Finally, Sony gave us our first official trailer for God of War Ragnarok, and it showed off some story and gameplay snippets.

Following this impressive lineup, PlayStation revealed more info on the upcoming PS5 games during the post-show interview. Check it out here: