Here's what we think of Samsung's latest affordable smartphone offering. 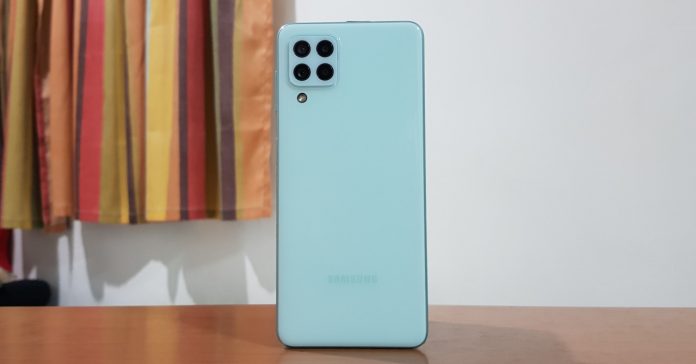 While the new flagship Z Fold 3 5G is the Samsung phone that’s grabbing all the attention, the Korean tech giant has also released a couple of more wallet-friendly models for entry level and/or budget-conscious users. One such phone is the new Galaxy A22, a new model that packs a quad camera setup, a Helio G80 processor, and even a 90Hz refresh rate display, all with a price tag that’s well below PHP 15k. 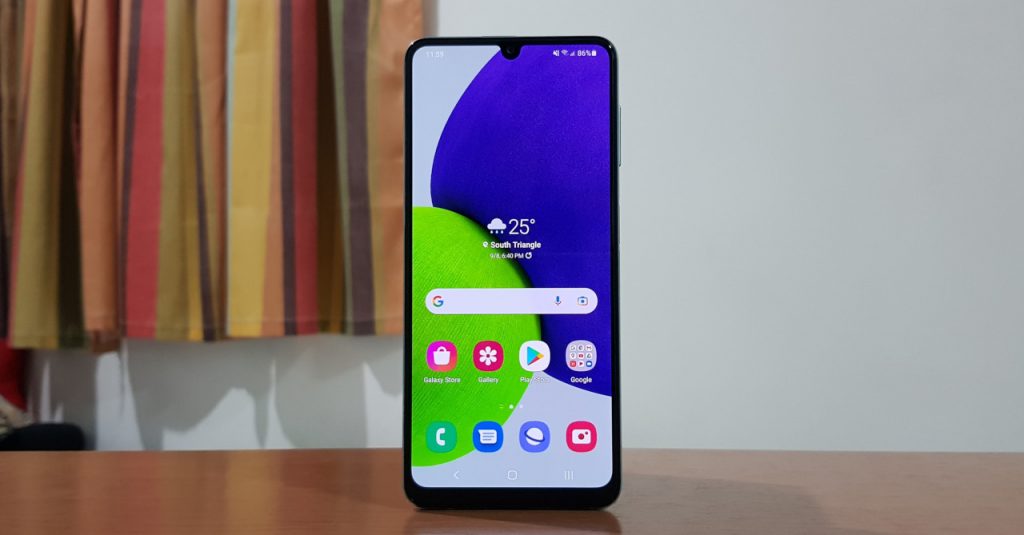 Samsung’s flagship-level phones are consistently great in our experience, but what about their budget offerings? Specifically, does the Galaxy A22 prove to be a good buy? After all, the budget to mid-range segment is an incredibly competitive one with lots of value-for-money smartphone options.

To know if this new Samsung phone is worth it, read on here in our Galaxy A22 review! 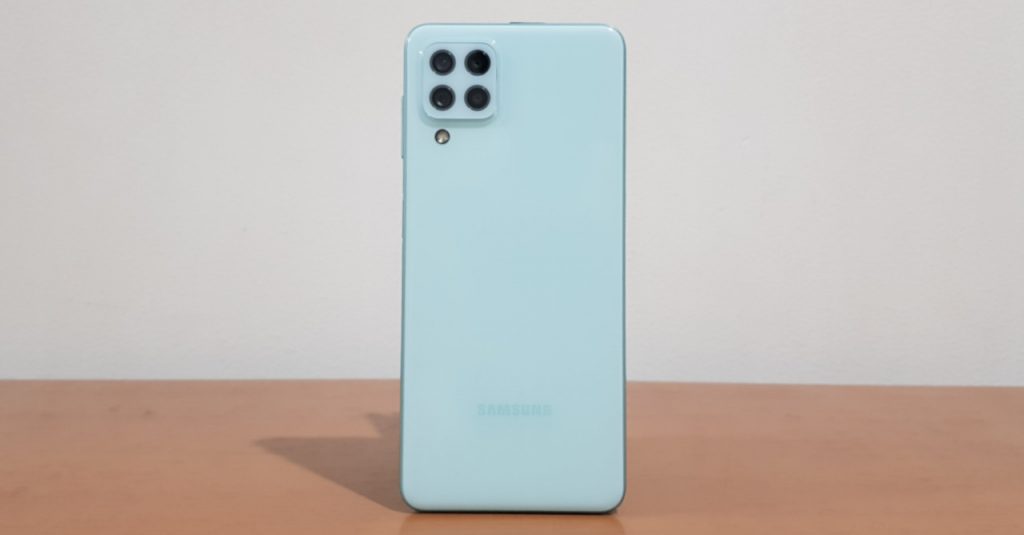 To start with, let’s take a look at the phone’s design. From the back, you can see the A22’s quad camera setup, and its fairly sleek back that doesn’t exactly have a unique pattern or finish. While it may not be as eye-catching at first glance compared to other phones, it’s still a good-looking device in our eyes, especially in the Mint colorway. 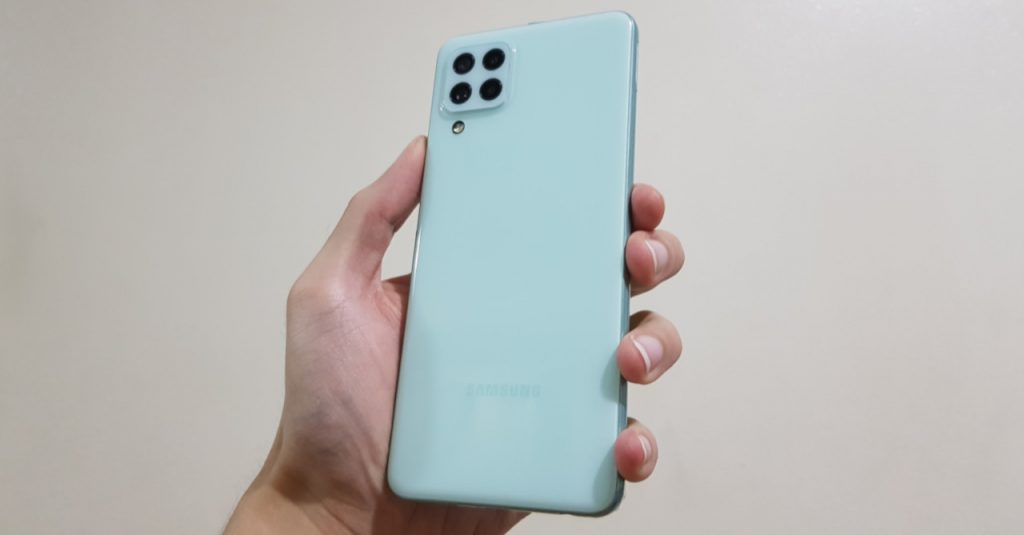 While it may seem like a glossy back in some angles, the A22’s finish is like a halfway point between glossy and matte. While it’s not as grippy as a phone with a matte finish, the A22 is less slippery and not as much of a fingerprint magnet as devices with glass (or glass-like) backs. Personally, I wouldn’t mind going caseless given the A22’s back finish, but I’d still recommend getting a case for a bit more grip (and added peace of mind). 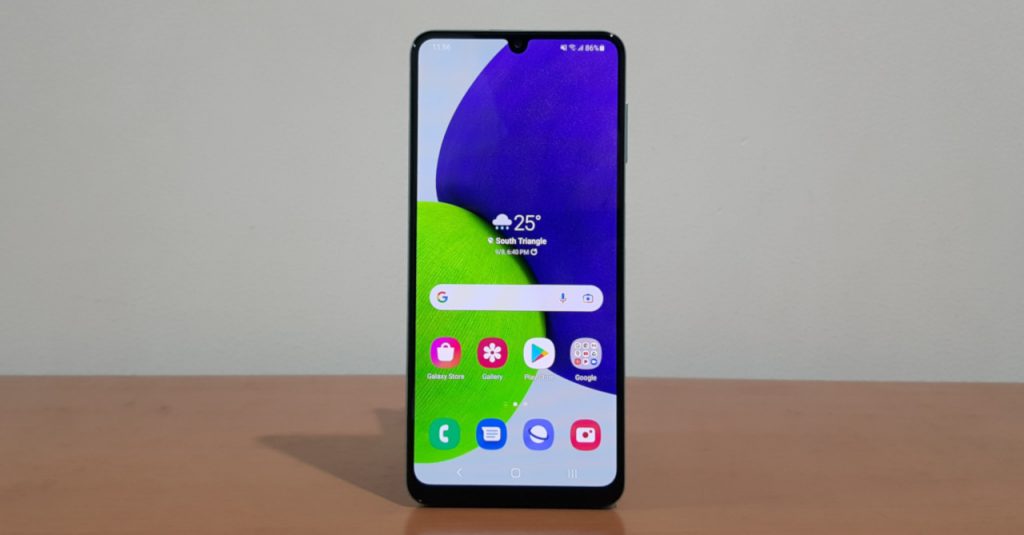 Moving to the front, we have the A22’s 6.4-inch display with a waterdrop notch at the top; this is unlike other phones today that have holepunch notches. While I would’ve preferred a smaller notch, the one on the A22 isn’t all that distracting, even when gaming or watching videos. 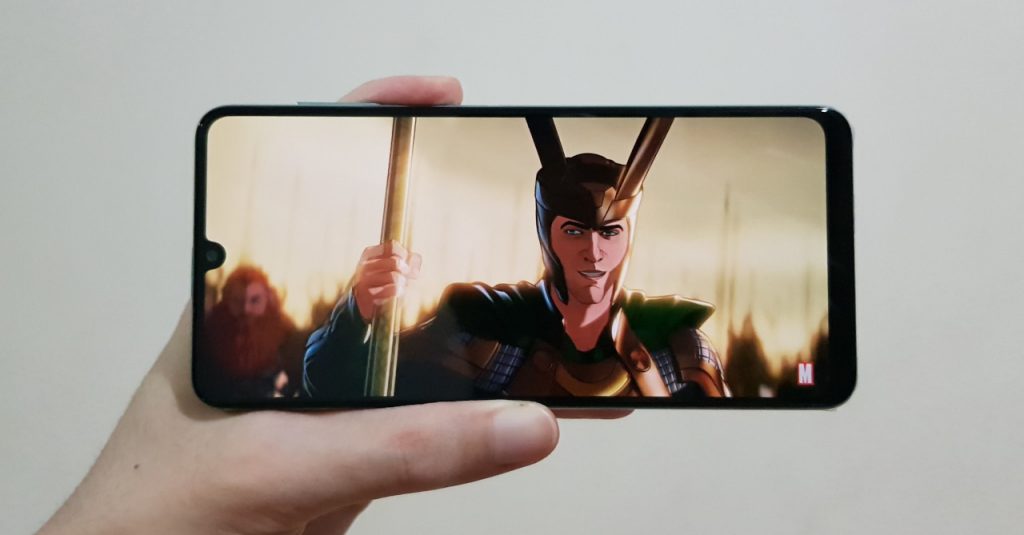 On paper, the Galaxy A22’s screen is a bit of a mixed bag. While it only has an HD+ (720p) resolution, the screen is a Super AMOLED display, meaning it beats out other budget smartphones in terms of color vibrancy. Your mileage may vary, but in my experience, the A22 is still a great movie/series watching partner. While it may not have the highest resolution, it wasn’t that noticeable in my eyes in light of the screen size. Plus, I liked the vibrant colors and deeper blacks, especially when watching content with letterboxing or pillarboxing.

As for audio, the A22’s onboard speaker is just fine. Audio output gets decently loud, but quality isn’t exactly the best. Still, it gets the job done in a pinch, but I would recommend external speakers  or headphones when binge-watching or playing games. It’s a good thing that the A22 still packs a 3.5mm headphone jack, so you won’t be limited to a wireless audio device for sound.

The Samsung Galaxy A22 is powered by a MediaTek Helio G80 processor which is paired with 4GB of RAM. While the G80 isn’t exactly a new processor, we still expected it to perform well enough for today’s popular games.

In our time with the Galaxy A22, our expectations were met gaming-wise. For gamers such as League of Legends: Wild Rift, the phone was able to run them at Medium to High graphics settings at a mostly stable frame rate.

For more demanding games though, you’ll have to turn down the graphics a bit. For instance, Call of Duty Mobile defaulted to Low on Galaxy A22, though you may get away with putting it on Medium. Still, for the best experience, you’ll have to select lower settings.

Given its level of performance, the Galaxy A22 might not be able to run all of the games that support 90FPS or more. Still, there are some less demanding games that can take advantage of the phone’s 90Hz refresh rate screen, so that’s still a nice option to have.

Meanwhile, here are the synthetic benchmark scores of the Galaxy A22:

At night, photos taken with the Auto Mode do take a bit of a hit in terms of clarity. Thankfully, the phone’s Night Mode lets it take much better low light shots, though you do need to activate it manually as the AI scene optimizer doesn’t always default to the Night Mode.

The same can be said for the phone’s 8MP ultra-wide camera. Shots taken in daytime and indoors are of good quality.

Though low light photos do see a dip in quality, unless Night Mode is used. In this case, shots are much better, but are still not equal in quality as the main camera photos.

For its other cameras, the 2MP macro is decent  for close-up shots. The 2MP portrait shooter is able to take portraits with a nice enough bokeh effect. And finally, the selfie cam should satisfy most users, though quality is around the same as you would expect from other phones in the A22’s price range. 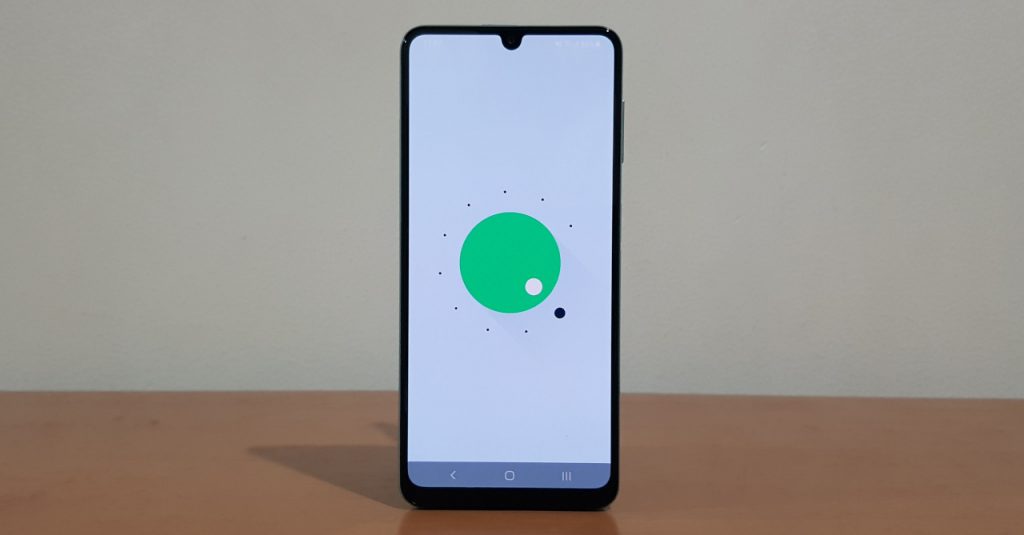 For day-to-day use, the Galaxy A22 has proven reliable in our time reviewing it, at least for the most part. The phone didn’t freeze at any point during our time with it, and it also felt nice to scroll through apps thanks to the 90Hz refresh rate. Though we did notice that the phone wasn’t as snappy as we would’ve liked, though it was still usable throughout.

One thing to note is that the side-mounted fingerprint scanner is accurate, but it is easy to activate with the wrong finger. Unlike the Z Fold3 5G where you have to press down before it scans your fingerprint, the A22’s scanner scan your finger even if you just grip it lightly. This resulted in wrong scans when I grab it with my other hand. It was a bit annoying at first, but I did get used to it after a while.

As for battery life, the A22 impressed. Thanks to its massive 5,000mAh battery, the A22 is able to last for well over a day on a single charge, even with fairly heavy use. 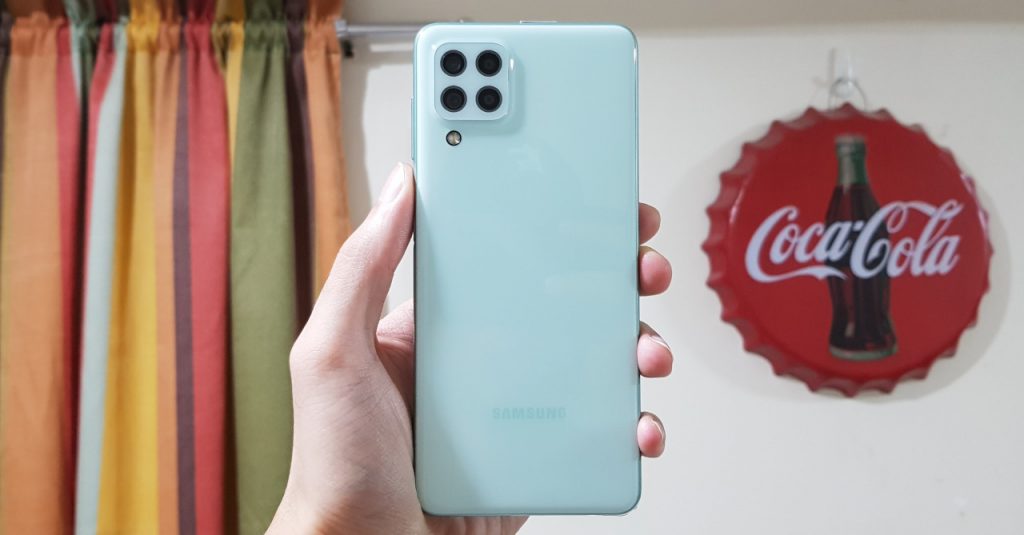 The Samsung Galaxy A22 offers a good set of features overall thanks to its nice AMOLED display, good cameras, and decent performance. At PHP 11,990, it’s not a bad deal when taken on its own.

Of course, the budget segment is a competitive one as we mentioned above, so it’s going to be tough to outright rank the A22 ahead of the competition. Still, if your priority is battery life and a vibrant display, the Galaxy A22 is well worth your attention.