The Doll from ‘Squid Game’ makes an appearance in Metro Manila 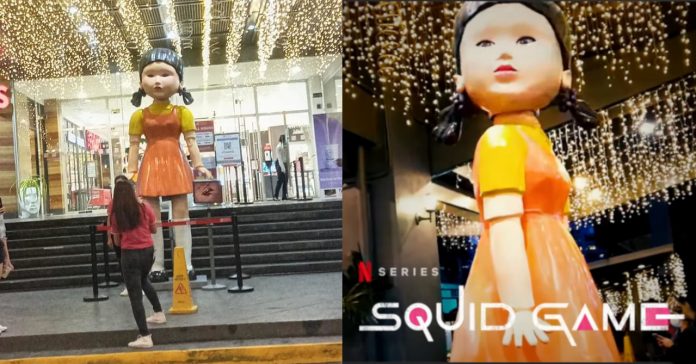 Following the series’ release just a few days ago, the Doll from Squid Game has made a real-life appearance in Metro Manila, specifically in Robinsons Galleria.

This real-world version of the doll is an accurate replica of the Doll in the Squid Game series, but without the gun (we hope). Check it out in action here:

If you’ve already been to Robinsons Galleria, you may have already spotted this Doll, much like this guy:

Don’t worry though. Unlike the doll in the actual show, this replica won’t open fire if you fail a game; at least, we don’t think it will.

In case you’re unfamiliar with the series, Squid Game is a new Korean Netflix show that has a premise reminiscent of battle game shows/movies like Battle Royale or even Netflix’s own Alice in Borderland.

Already seen the series, read here on how the cast and director got into Squid Game: