The Funko POP! Jollibee and Voltes V are now vaulted

Some variants are still available. 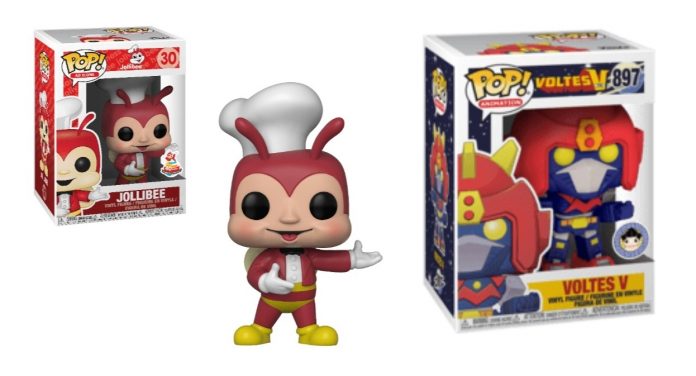 If you check the Funko App right now, a quick search will let you know that 2 icons who made their mark in Philippine pop-culture are now vaulted – Jollibee (with 6 of its variants) and Voltes V. Meaning that these figures are no longer in production and, by essence making it much more desirable and harder to track down, not to mention a possible increase in value.

So if you have a few of these lying around, best to hold on to it for now! 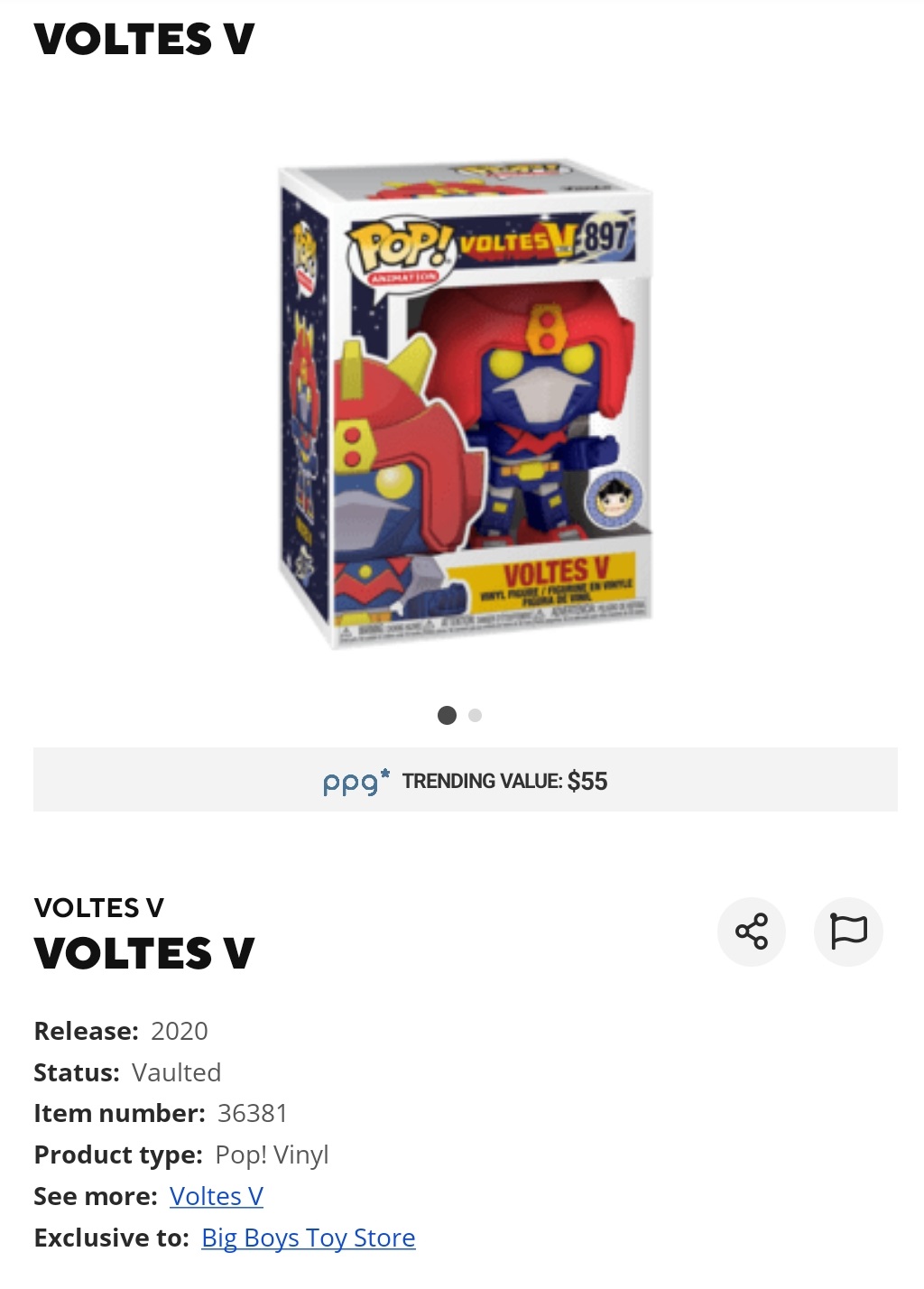 Released as a Big Boys Toy Store exclusive, this iconic Super Robot really endured the test of time… Not to mention the test of history among Filipino fans. The PH audience really loved this combining robot so much that it had numerous syndications and time-slots across free-tv and cable channels during its hype. And with a live-action adaptation to be co-produced by GMA-7 (a local Philippine channel) and Toei Company for 2022, it looks like the franchise will get its second-wind and be appreciated by a new generation.

For a figure that was only release last year, its amazing to see such a piece get vaulted so quick.

The Ad Icons Jollibee Funko Pop! line started in 2018 and with it spawned a number of variants. Here’s a quick look at what’s vaulted: 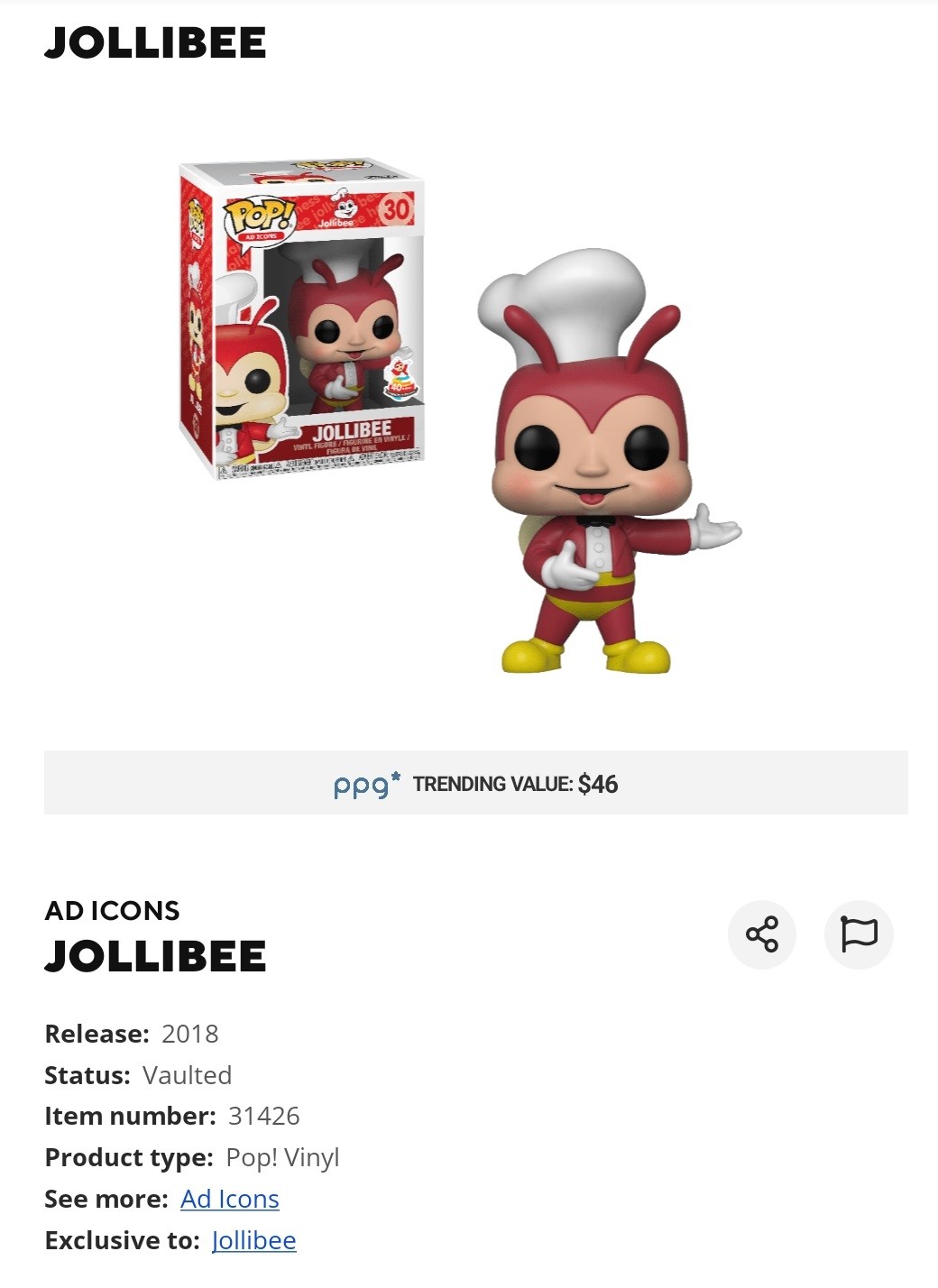 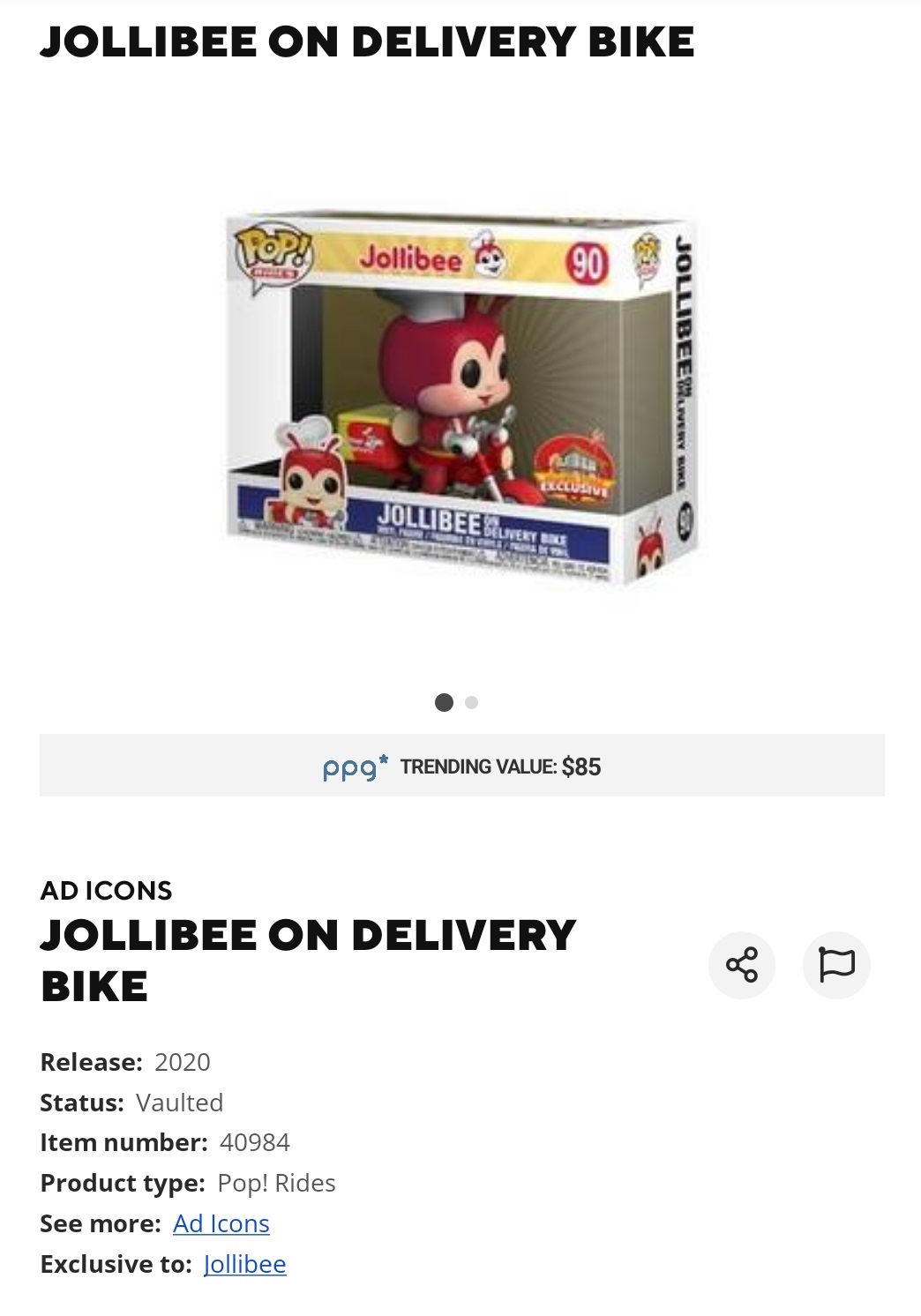 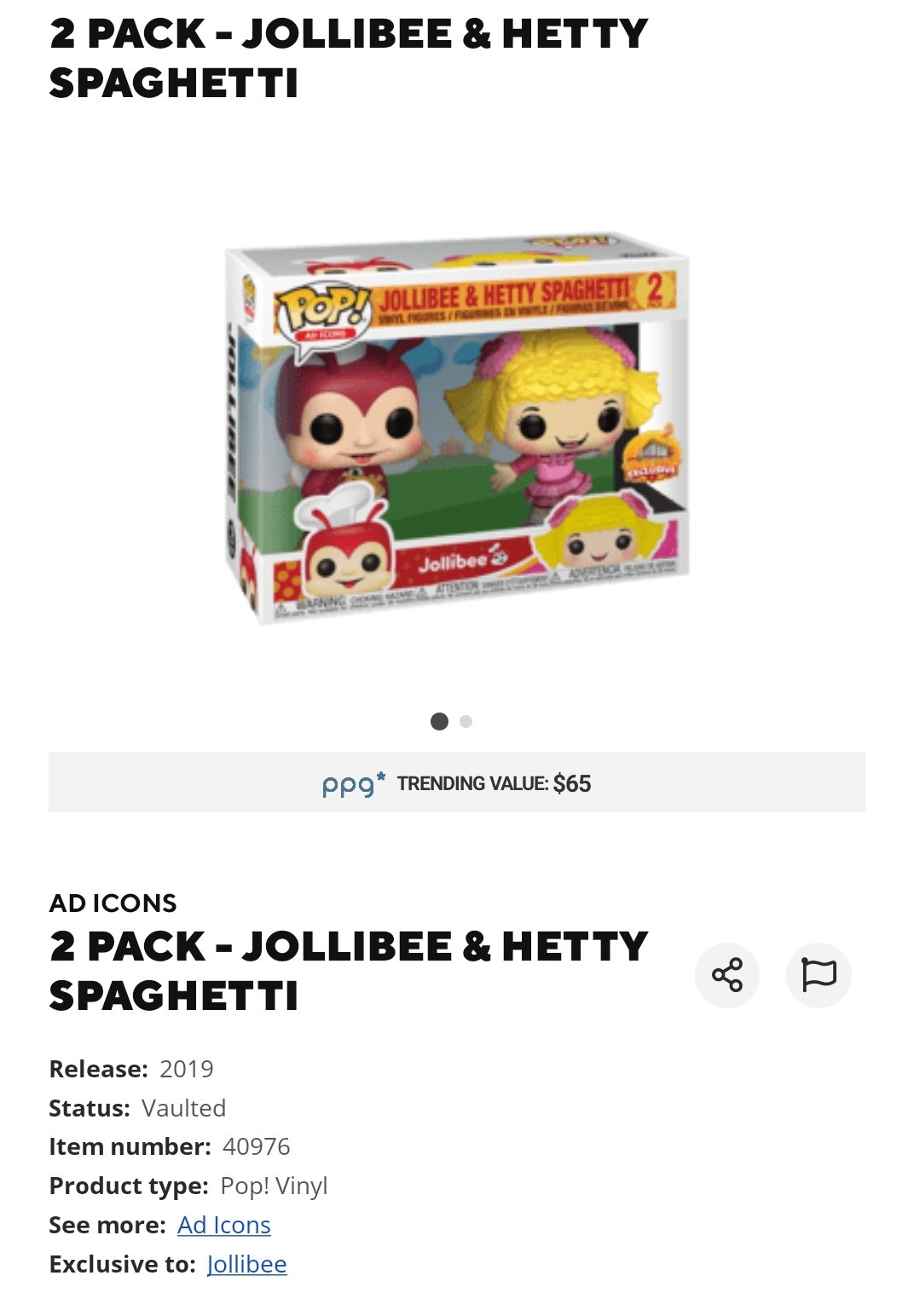 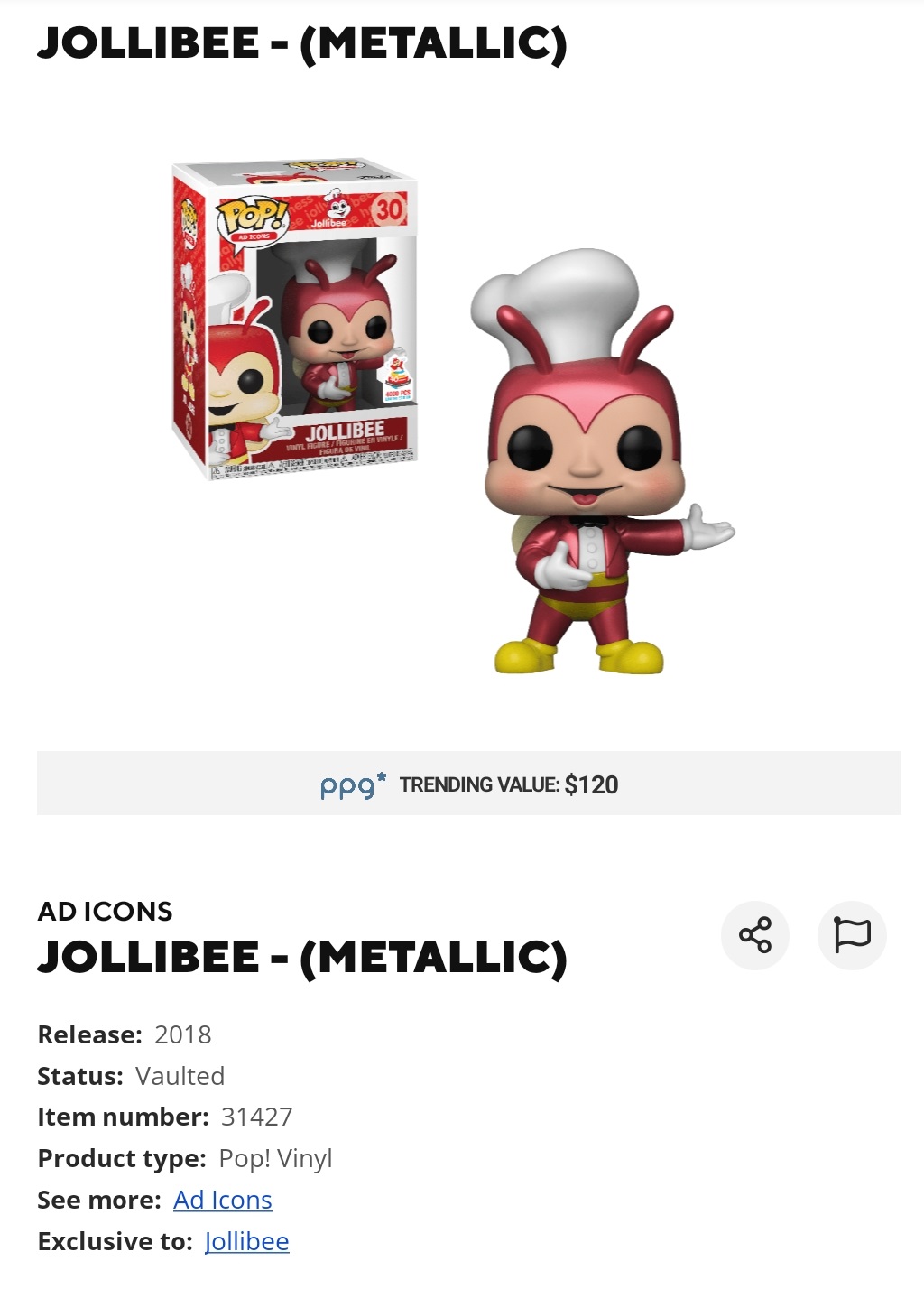 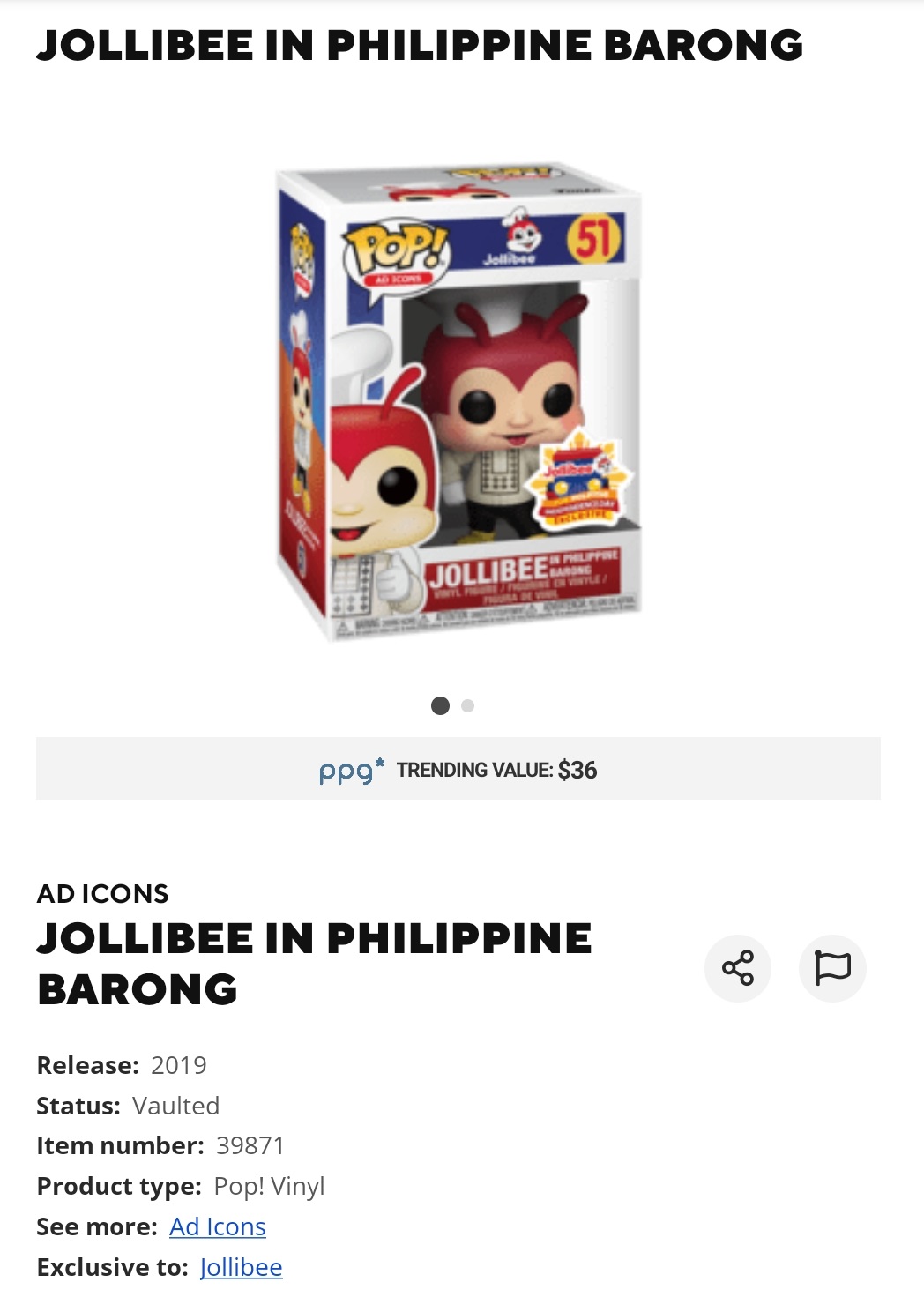 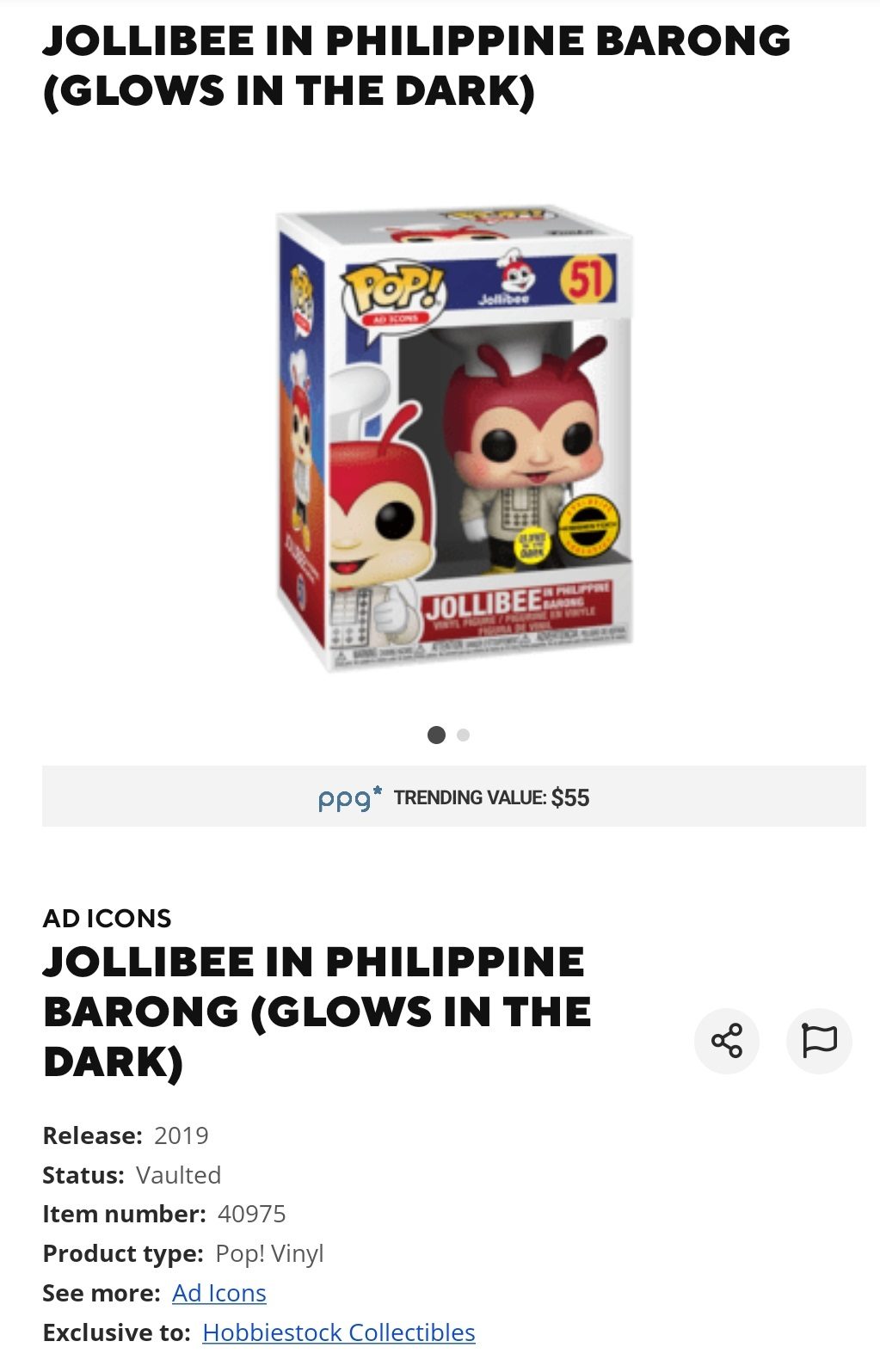 While these might still be found in some of your friendly local stores and the secondary market, if you don’t fancy hunting these out-of-production items it would please you to know that there are still some Jollibee variants that are in regular circulation.

As of this writing, these are some of the variants that is more-likely easier to get: 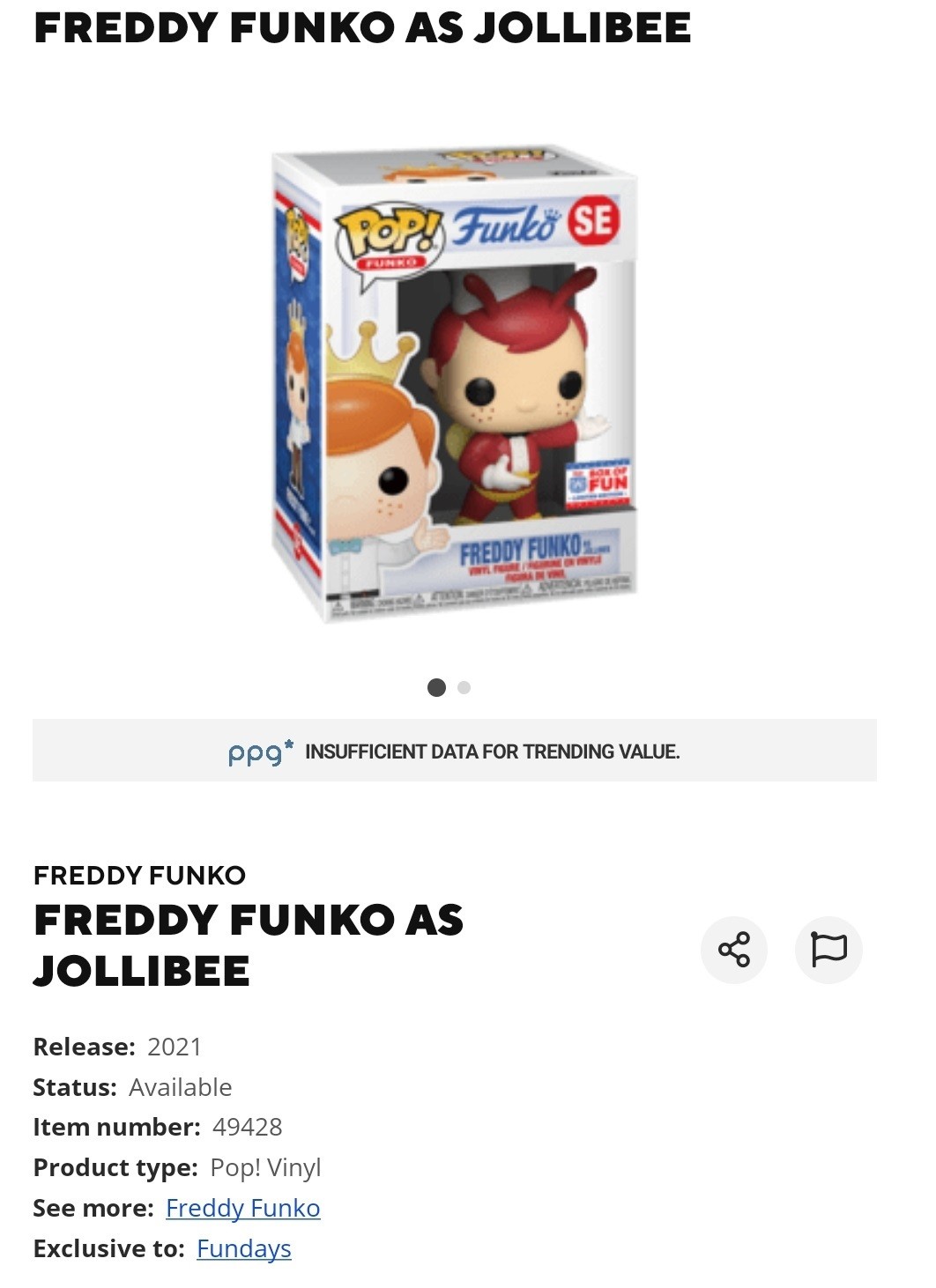 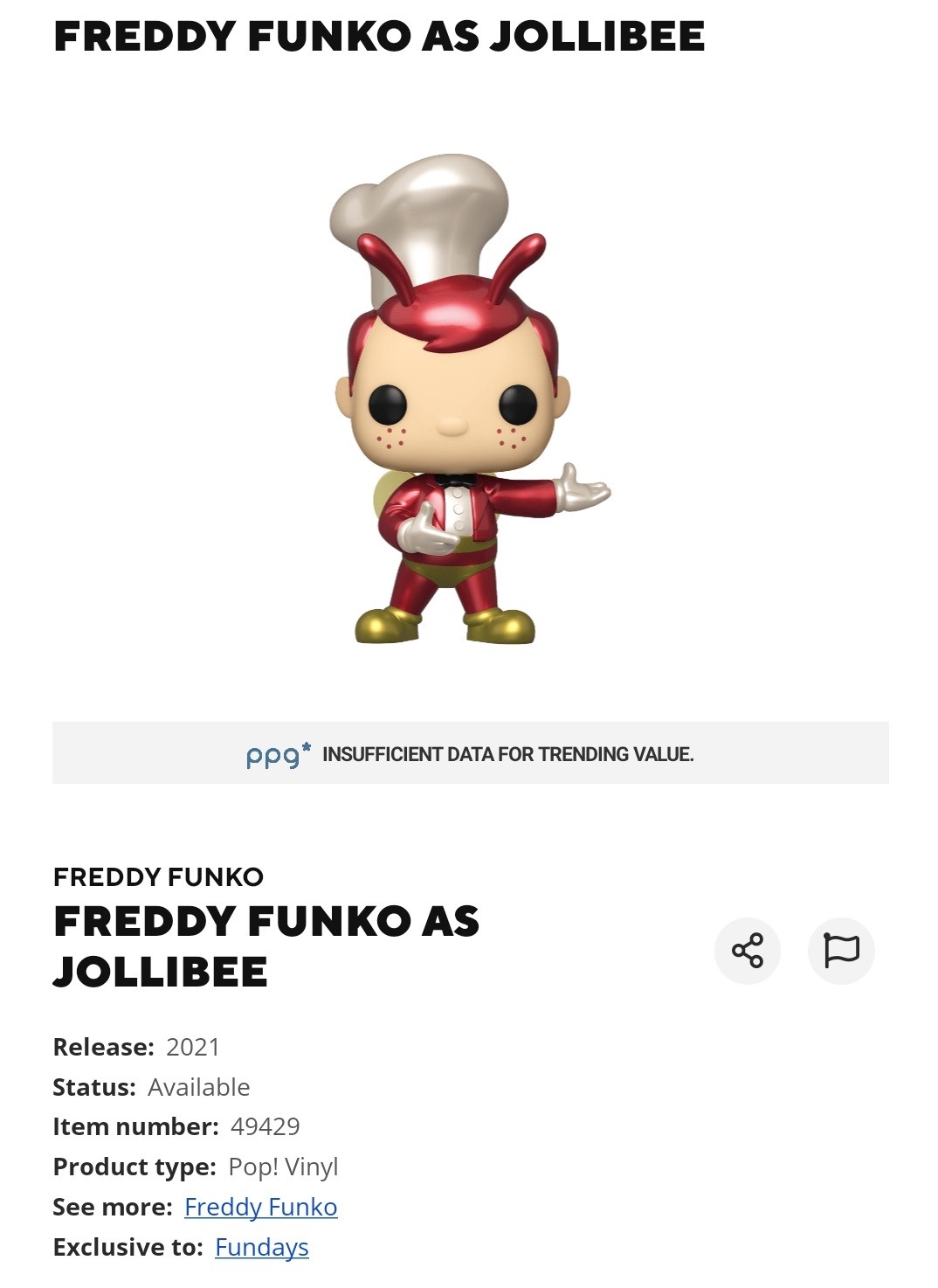 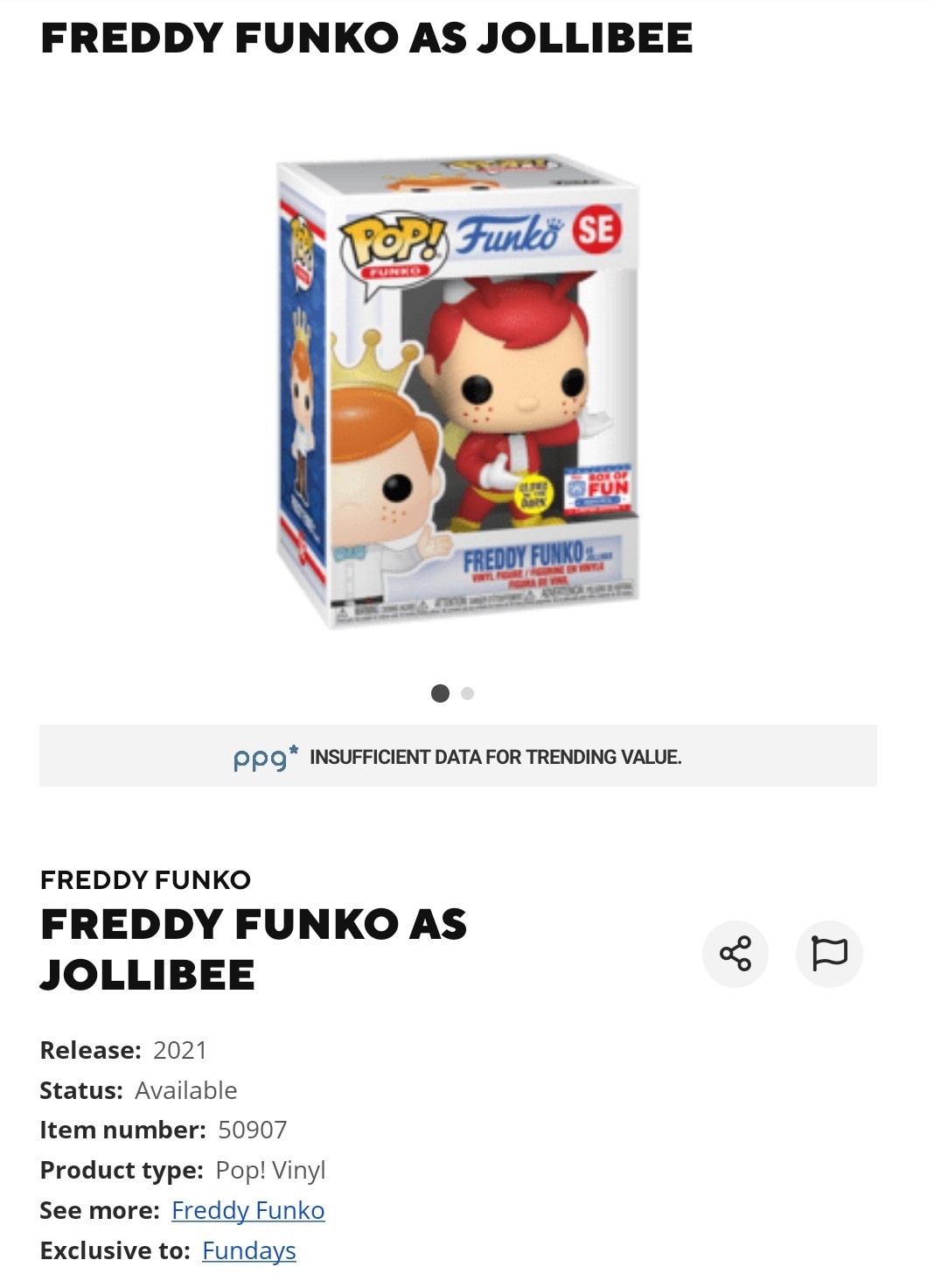 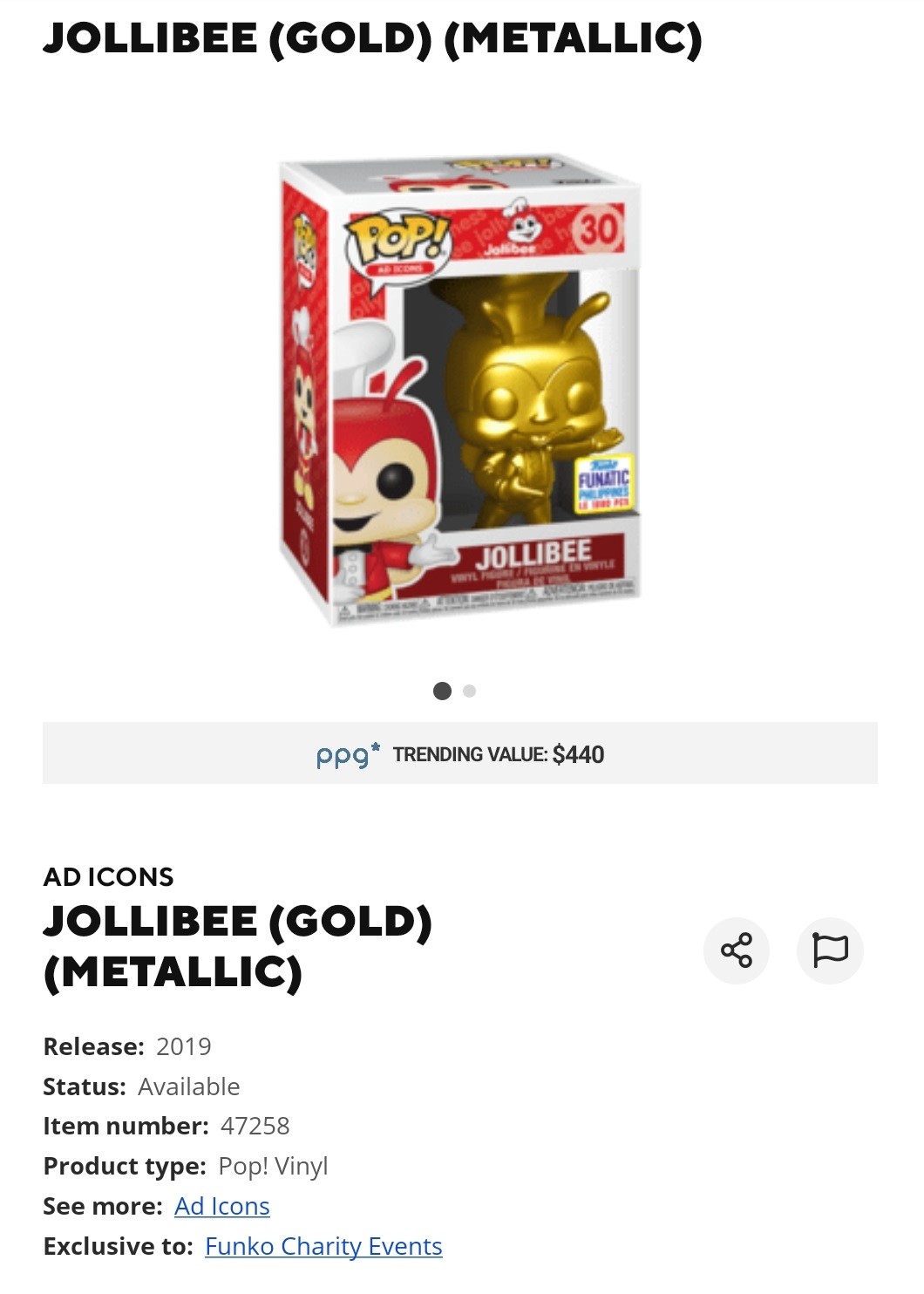 Love ’em or hate ’em, these Funko POP! Vinyl figures has been a staple in the toy-collecting world. Not only are they addicting to collect, they also offer some brands that you wouldn’t normally find anywhere.

So what do you think of the Funko POP! line? Do you have any of these figures in your collection? Sound it off in the comments below!