Collect that bounty this November! 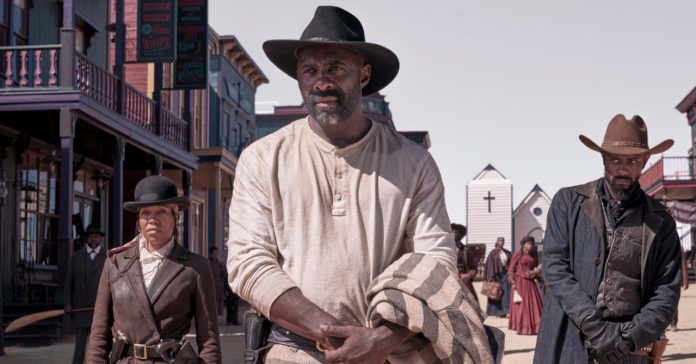 Saddle up, boys and girls, as Netflix is taking us on a ride to the wild west where the gunslingin’ outlaws roam the unforgiving land in The Harder They Fall. This new movie stars Jonathan Majors and Idris Elba in a compelling tale of a man in pursuit of retribution.

Watch the new The Harder They Fall trailer below:

This Wild West film will depict real-life outlaw, Rufus Buck (Idris Elba), and it will also feature real-life Cowboy Nat Love (Jonathan Majors) — considered as a Wild West hero. If you’re not familiar with him, Rufus Buck is both notable for being an African American Outlaw and part of the Rufus Gang whose members are part African American. This is quite interesting considering films like Django Unchained (2012) usually showed the dark past and the treatment of African Americans during those times.

Now, if these two figures made contact during their time is a debate left for the historians. But it seems that Netflix will spice things up based on how they described the Film below:

“When outlaw Nat Love discovers that his enemy Rufus Buck is being released from prison he rounds up his gang to track Rufus down and seek revenge. Those riding with him in this assured, righteously new school Western include his former love Stagecoach Mary (Zazie Beetz), his right and left hand men — hot-tempered Bill Pickett (Edi Gathegi) and fast drawing Jim Beckwourth (R.J. Cyler)—and a surprising adversary-turned-ally. Rufus Buck has his own fearsome crew, including “Treacherous” Trudy Smith (Regina King) and Cherokee Bill (LaKeith Stanfield), and they are not a group that knows how to lose.”

This upcoming Netflix film is directed by Jeymes Samuel, and is written by Samuel and Boaz Yakin

The Harder They Fall will stream on Netflix this November 3, 2021.