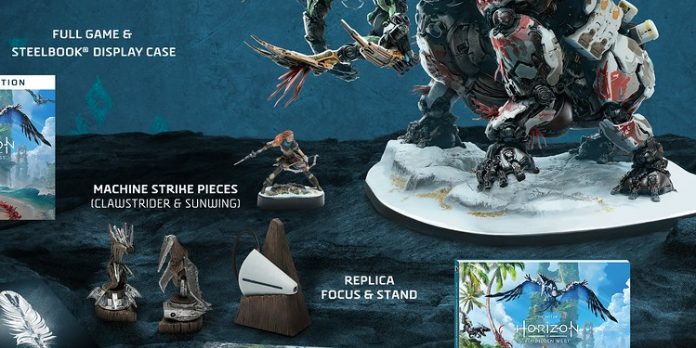 Much like Witcher 3’s Gwent, Guerilla Games highly-anticipated title – Horizon Forbidden West seems to include a nice tabletop-like game that you can try out while playing.

Aside from the game being called Strike, not much detail with regards to rules and other mechanics was spilled. We did get to see some of the physical components of the game from the Regalla Edition, as well as an In-game Apex Clawstrider Machine Strike Piece if you get one of the digital editions.

See picture below for reference, which indicates at least 2 Strike pieces.

Aloy is mentioned as a statue piece to compliment the Mammoth. It is unsure if she can also be used in the game though it would be amazing if she’s included as well. 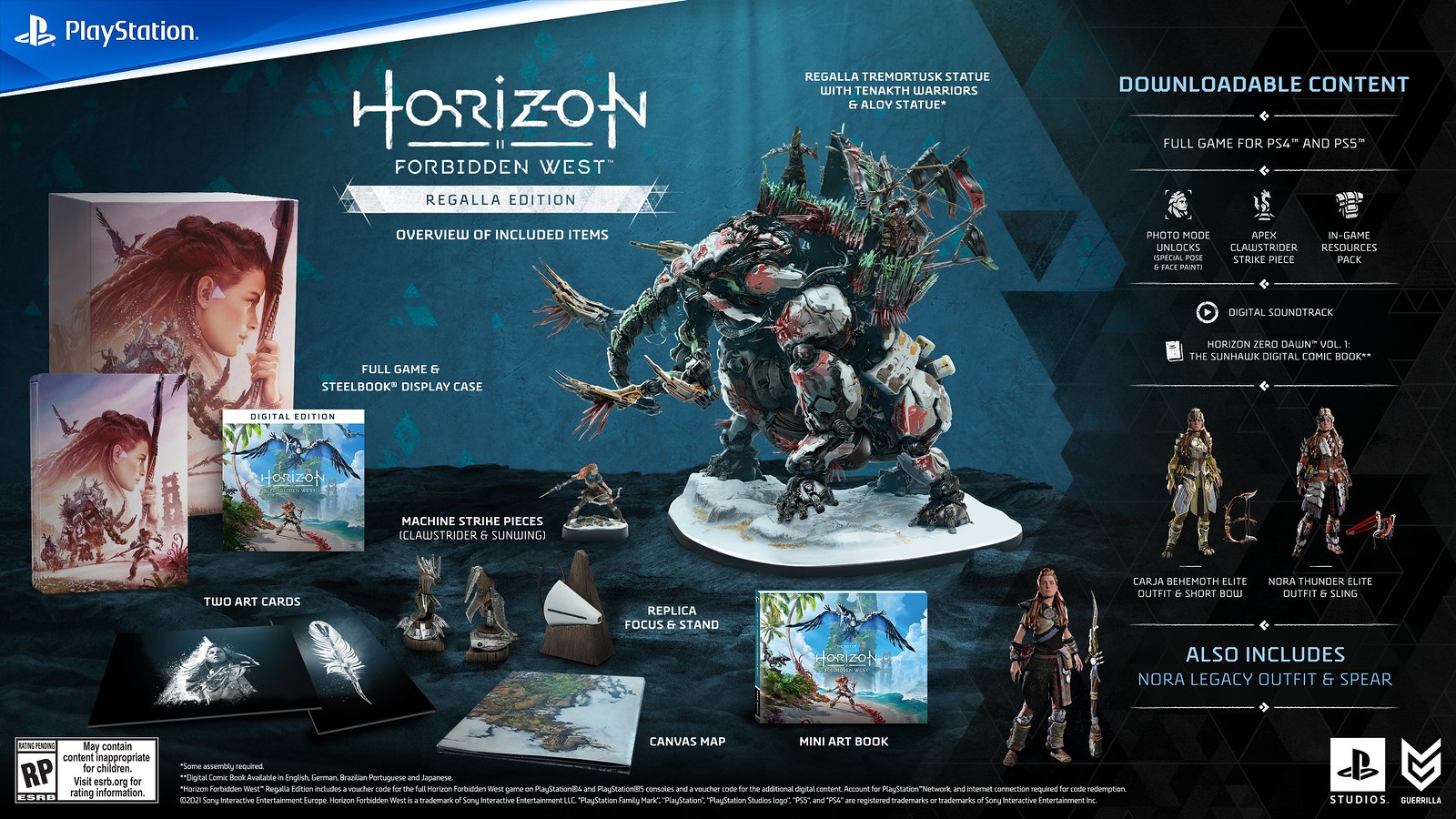 And upon further digging, if you check the support page for Horizon Forbidden West, they give out some info regarding the game:

“Strike is the board game played by inhabitants of the world of Horizon. It is played with carved wooden and metal pieces in the shapes of machines. Aloy will be introduced to Strike in Horizon Forbidden West and she can challenge many different NPCs to a match.”

Now, based on what’s spilled in the contents of the Regalla Edition, we can expect some sort of tabletop/miniature game that involves moving pieces around. It is also safe to assume that there will be some form of “collectability” involved, much like those found in Gwent or Magic: The Gathering but instead of cards, 3D objects are used.

Coming from a boardgaming background, this really caught my attention and will definitely be one of the reasons I will take interest to a game that is already hyped-up!

Horizon Forbidden West Lanches on the PlayStation 4 and PlayStation 5 on February 18, 2022. You can check out the different editions up for pre-order here. 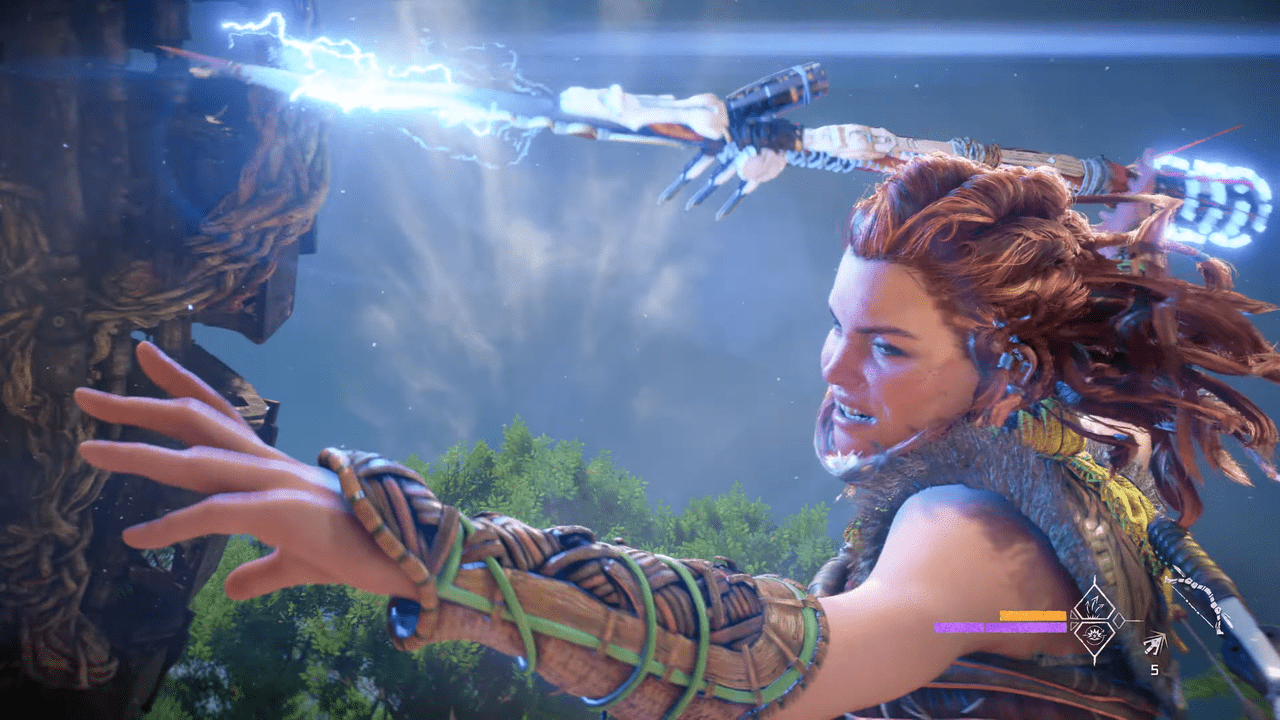 - Advertisement -
Previous article
Pre-orders for Horizon Forbidden West start today
Next article
[GIVEAWAY] Get to win a statue of Viego, the Ruined King from League of Legends