Searching far and wide to catch 'em all 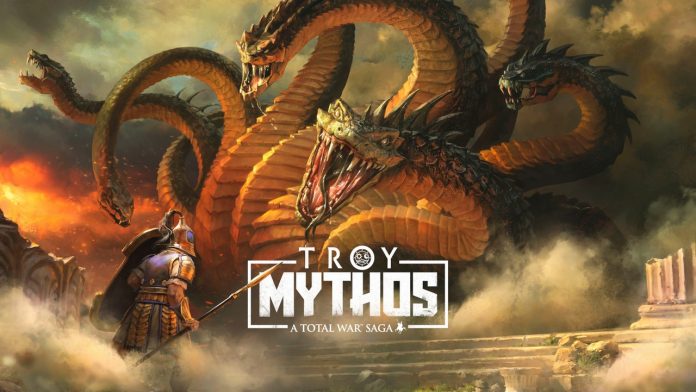 Legends are a retelling of the exploits of Heroes of the old from the eyes of witnesses during those times. Most of these Legends involve Gods and Monsters that roam the realm of man. So, when we talk about Ancient Greece, the first thing that comes to mind is the epic tale of Gods and Heroes battling towering monsters. But these legends are just mere works of fiction or exaggeration of eyewitnesses during those ancient times, and that’s what A Total War Saga: Troy tries to depict, as creatures like the Harpies and Centaurs are just mere elite soldiers lead by the said legendary Hero.

Though when your remove the mythical aspect of these legends, it also removes most of the fun from these Legends for me. Thankfully, the addition of Troy’s Mythos expansion to the A Total War Saga: Troy adds more fun and adds a layer of depth to an already massive game for everyone to experience.

The Mythos DLC plays the same as the base game, so those who already played the Total War Saga: Troy won’t find any changes from the core gameplay. To summarize the whole Total War Saga’s gameplay for those who’re playing the game for the first time, it’s basically a turn-based real-time strategy game where you command a Hero and improve your growing Empire through the conquest of other territories. 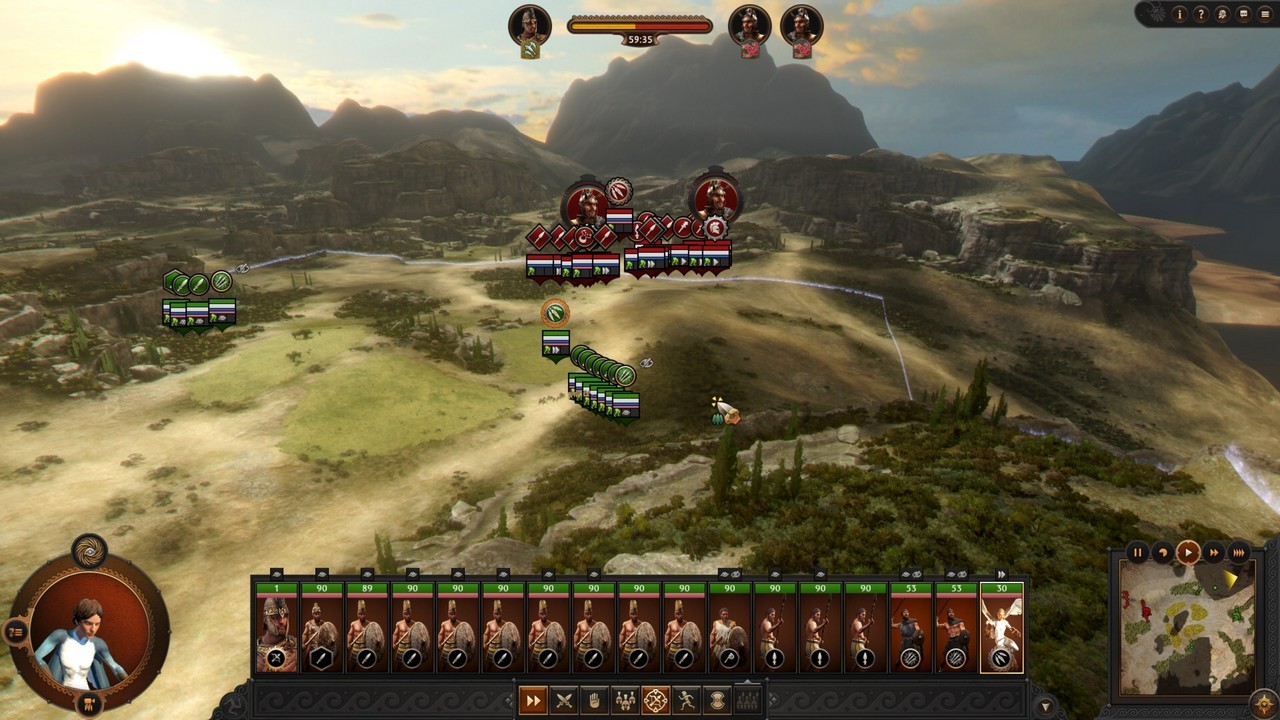 What makes Total War unique from the other RTSes I played before is you can make a diplomatic agreement with the other leaders of a certain kingdom avoiding any conflict and unnecessary losses from your troops. But most of the time, you have to face other kingdoms on the battlefield and lay siege on their strongholds and discover new lands by setting sail to unknown lands. After conquering the land you have to make economic decisions for your ever-growing empire to make your subjects happy to avoid any conflict within your own door.

Now that we covered the basics it’s time to talk about the Myth in the Legend.

Fantastic Beast and Where to Find them 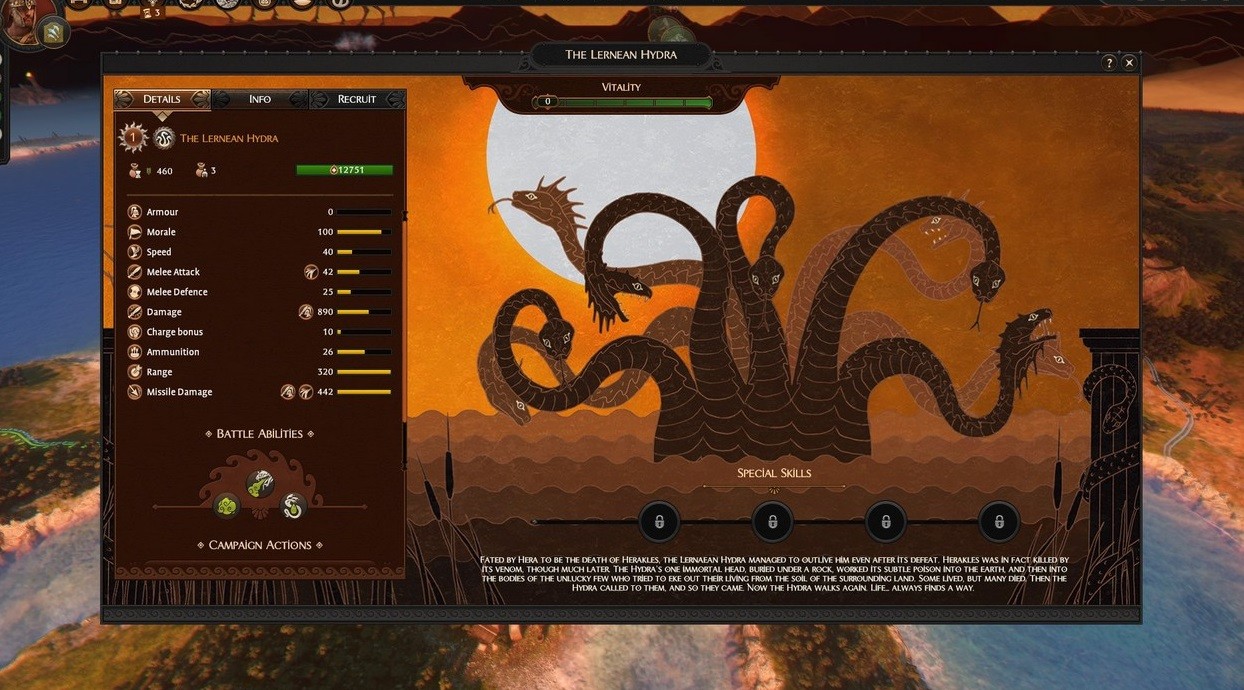 The noticeable inclusion in the Mythos DLC is the new mythical units under your command. These mythical creatures range from Gigantic Cyclops, and flying units like the Harpies and Griffins. The map also got an overhaul as it now includes visible landmarks and statues, indicating that certain territory houses a mythical creature. Also, Heroes now gain special unique skills that can change the outcome of a battle by either giving them a damage boost or raise the army’s morale.

Perhaps the biggest (literally) addition to the units are the Legendary Creatures that you can recruit to aid you on your conquest. Not to mention that these new mythical units give a big advantage at your disposal. For instance, the flying units like the Harpies and Griffins have a major advantage against grounded troops and can easily traverse huge mountains thanks to their ability to fly. While magical units like the Hydra Priest can inflict poison or heal your allies, making the pursuit for these special units worth the effort even more.

The big three: Cerberus, Lernaean Hydra, and the Griffin Patriarch are towering creatures which are each a force to be reckoned with, and recruiting them is no easy feat. As you have to embark on an epic journey on distant lands and subdue the proud beast before they acknowledge you and join your ranks. Upon subduing a legendary creature, they will give a drastic change in your sieges, as having the Lernaean Hydra on your army feels like having King Ghidorah lay waste on your enemy, and as you strengthen a particular monster like the Archgriffin, the lesser Griffin will also become powerful. 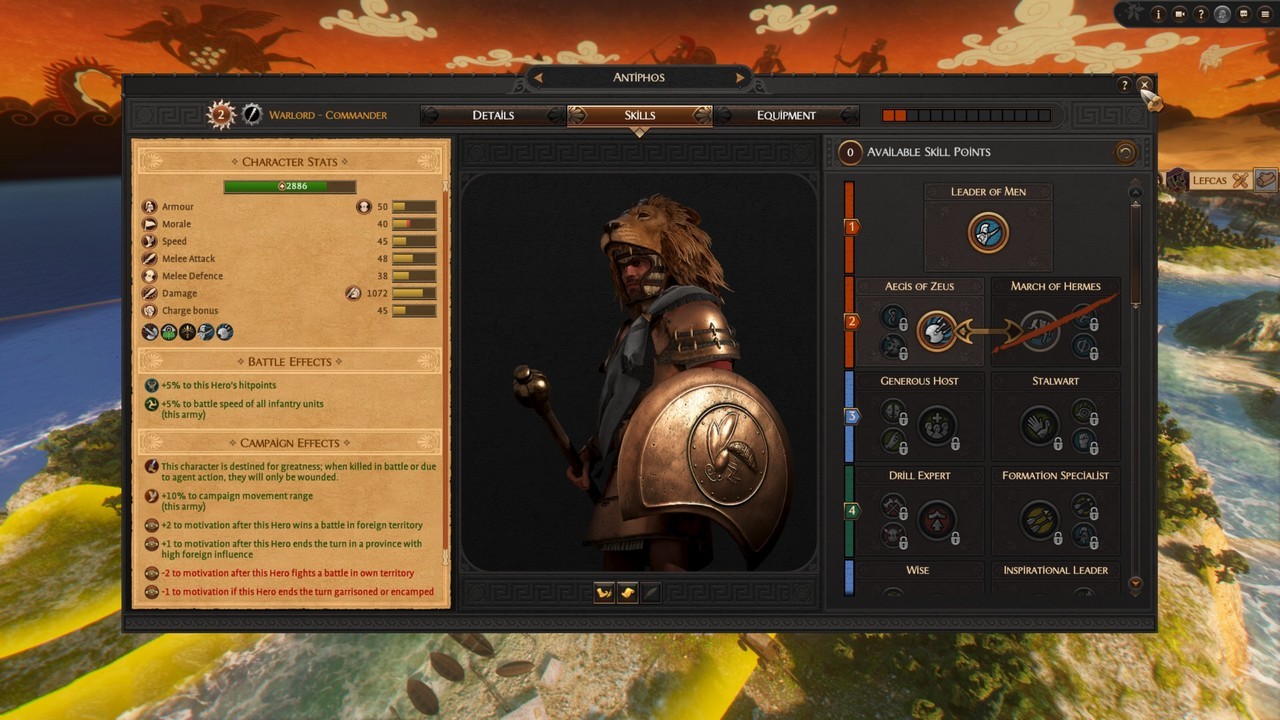 Another thing worth mentioning is the fact that you can only embark on a single Epic Journey at a time, meaning you won’t be able to hunt two Legendary Creatures at the same time. So, you have to think carefully about which path and buildings you build as it determines what creature will appear. But the good thing about this is you can send out your weaker troops to track down the beast and later on meet up with your main troops on subduing the beast making the battle easier for you.

In conclusion, the addition of mythical units and creatures to the base game adds a huge layer of complexity to a rather grounded gameplay of the base A Total War Saga: Troy with the addition of the mythical units. The Mythos expansion is still far from being perfect; as, for example, the AI of your troops sometimes move unpredictable. But the added depth in which your decisions to pursue legendary monsters and any diplomatic agreements you enter have a huge impact on the outcome of the war that you’re embarking into, keeping you engaged for long hours. Not to mention you can even recreate the Odyssey where the hero Odysseus embark on an epic journey and meet strange creatures. This is just how the legend of Ancient Greece is supposed to be told.

If the grounded gameplay of the base game A Total War Saga: Troy feels a bit lacking for your taste with its grounded depiction of the Bronze age, then the Mythos Expansion will definitely appeal to you with the addition of the mythical figures to its gameplay the world feels wider completing the experience of the Trojan war that can make Homer proudA Total War Saga: Troy - Mythos Review | An Expansion of Legend