Voice of Cards: The Isle Dragon Roars launches on October 28

A demo is available to download for all platforms. 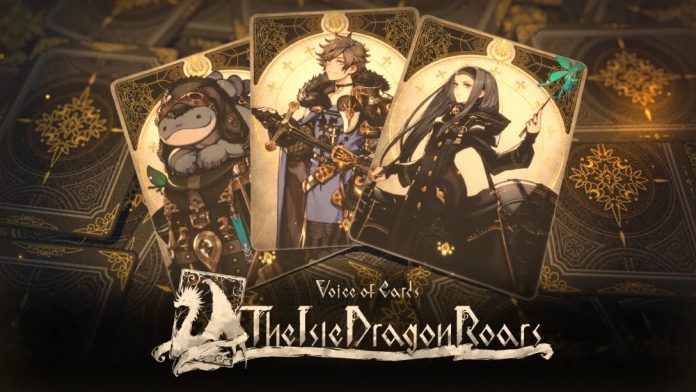 Square Enix just announced Voice of Cards: The Isle Dragon Roars a brand-new RPG that features an interesting gimmick. They said that the game is to be told entirely through cards.

Check out the teaser video below:

Here is an overview of the game from Square Enix:

Voice of Cards: The Isle Dragon Roars is an RPG set in a world of swords and sorcery, told entirely through the medium of cards.

Fans of the NieR series will also be able to enjoy theming their adventure with a special bundle set*, which includes the game, the Pixel Art Set DLC, and seven more DLC themed after NieR Replicant™ ver.1.22474487139…:

*The items sold in this set will be available for individual purchase after the game release.

Fans who pre-order the game will receive the “Golden Dragon Pattern” DLC, which swaps the reverse card design to an original design by Kimihiko Fujisaka as well as a “Traditional Avatar”, which allows them to change the design of the game piece on the field into a traditional craftwork.

Players eager to learn more about the world of Voice of Cards: The Isle Dragon Roars can also now download a free demo, which covers events prior to the beginning of the game, on Nintendo eShop and the PlayStation™Store. The demo will also be available on Steam from 9am PDT, Thursday 23rd September. This prologue episode reveals what happened on the day before the events of Voice of Cards: The Isle Dragon Roars, following the Ivory Order as they search for a stolen royal treasure. 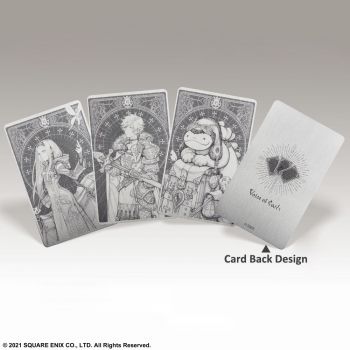 Fans can also now pre-order the physical “Voice of Cards: The Isle Dragon Roars Metal Card Set,” available specially in the West on the SQUARE ENIX Online Store. Shipping in December 2021, this set of three metal cards, otherwise only offered as a part of the Collector’s Edition release in Japan, features the main characters from the game: the protagonist, Mar, and Melanie.

Out of all the announcements that came from the latest Nintendo Direct, for some reason this one got most of my attention. Not because its a Yoko Taro game (Nier: Automata)… Maybe because from a board gaming background they mentioned 2 things – cards and dragons… And sometimes that is enough.

Voice of Cards: The Isle Dragon Roars will release for PlayStation 4, Switch, and PC via Steam on October 28. To get a feel of what to expect, a demo is available to download right now for all platforms.

- Advertisement -
Previous article
Bayonetta 3 will launch for the Nintendo Switch in 2022
Next article
Castlevania Advance Collection is now available for the Switch, PS4, Xbox One, and PC