This might just be one of the best Android tablet deals you can get! 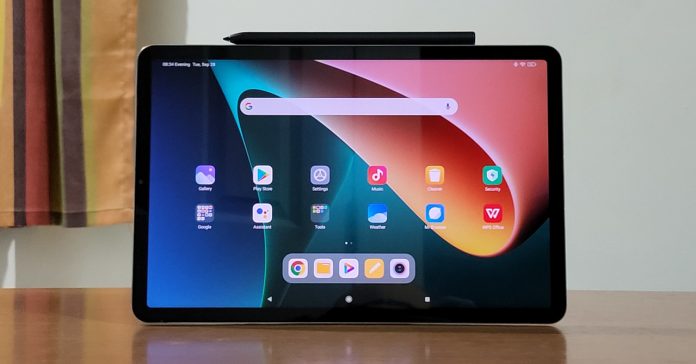 Recently, Xiaomi launched the Pad 5 in the Philippines, and it is a new Android tablet that promises to be great partner for both media consumption and productivity, all at a price tag that won’t break the bank. At less than PHP 20k for even the 256GB model, the Pad 5 is much more affordable than other Android tablets of comparable size and feature set.

Even when you compare the the Pad 5 to Apple’s iPad (arguably the gold standard for tablets), the new Xiaomi tablet can trade some blows. After all, aside from having a powerful processor, the Pad 5 also has a large 11-inch display, Dolby Vision and Audio, and even its own stylus for art and note-taking. All of this at a price tag that’s easier on the wallet compared to even Apple’s most affordable iPad. 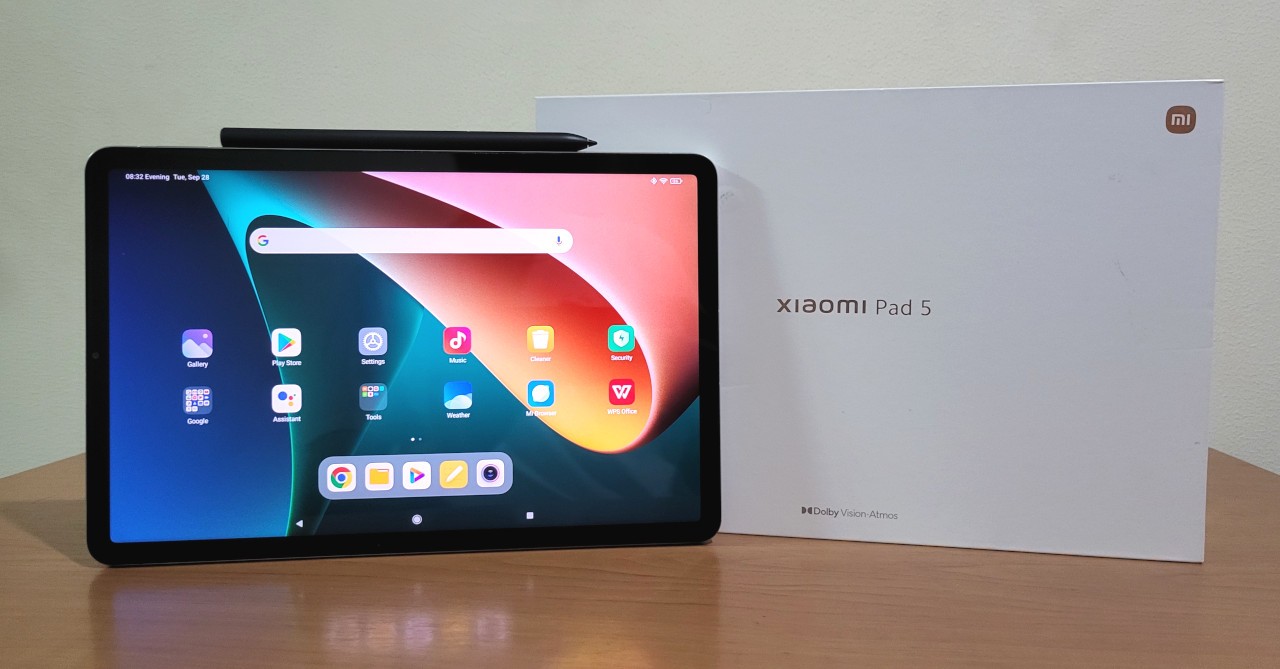 Xiaomi has always been the brand that offers impressive bang-for-buck products, and on paper, the Pad 5 is another such device. Though of course, a tablet being good on paper doesn’t always mean it’s a great product in actual use.

So, does this promising new tablet deliver? Find out here in our Xiaomi Pad 5 review! 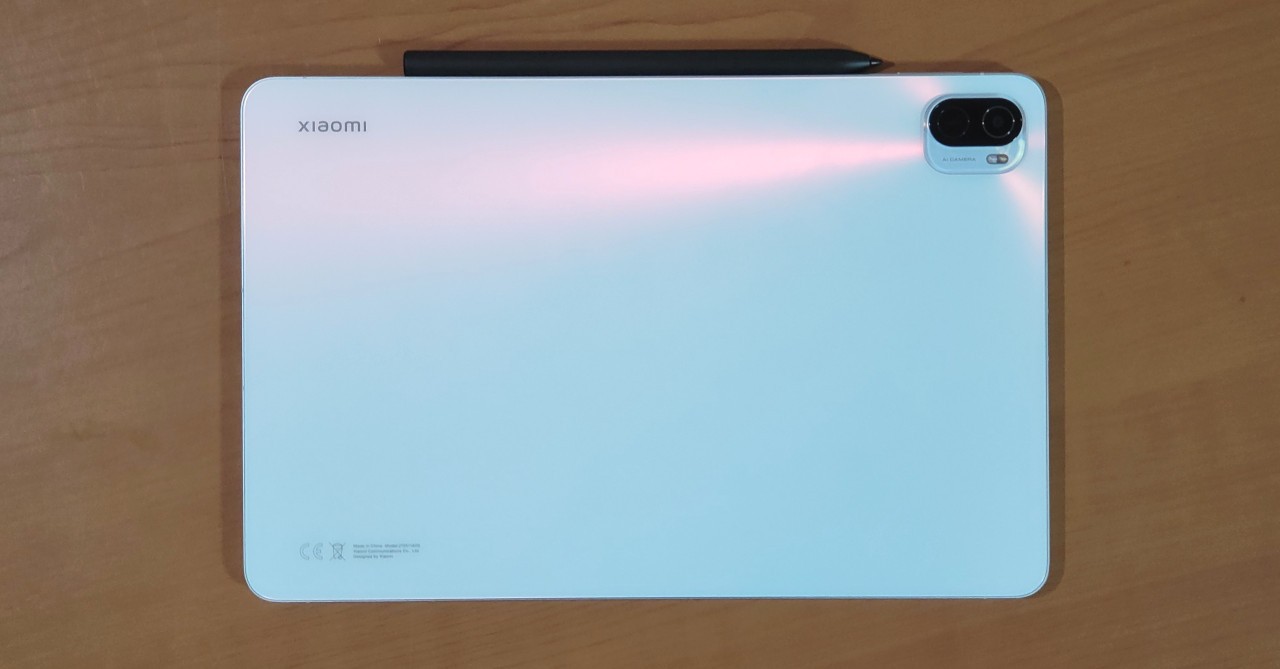 Before we dive into how the tablet performs, let’s first take a look at how it looks. Most Android tablets that I tried come in mostly subdued color options, but not the Pad 5. This Xiaomi tablet is available in three colorways, including the eye-catching Pearl White, a colorway that I’d expect more in a smartphone than a tablet. The said color option is great for users who want their devices to have a pop of color, or for those who like using their tablet without a case or cover.

Aside from how nice it looks, I also like the finish of the tablet’s back. While the Pearl White colorway may seem glossy in photos, the tablet actually has a matte finish that makes it easy to grip, even without a case or cover. Best of all, the matte finish also means it’s not a fingerprint magnet. 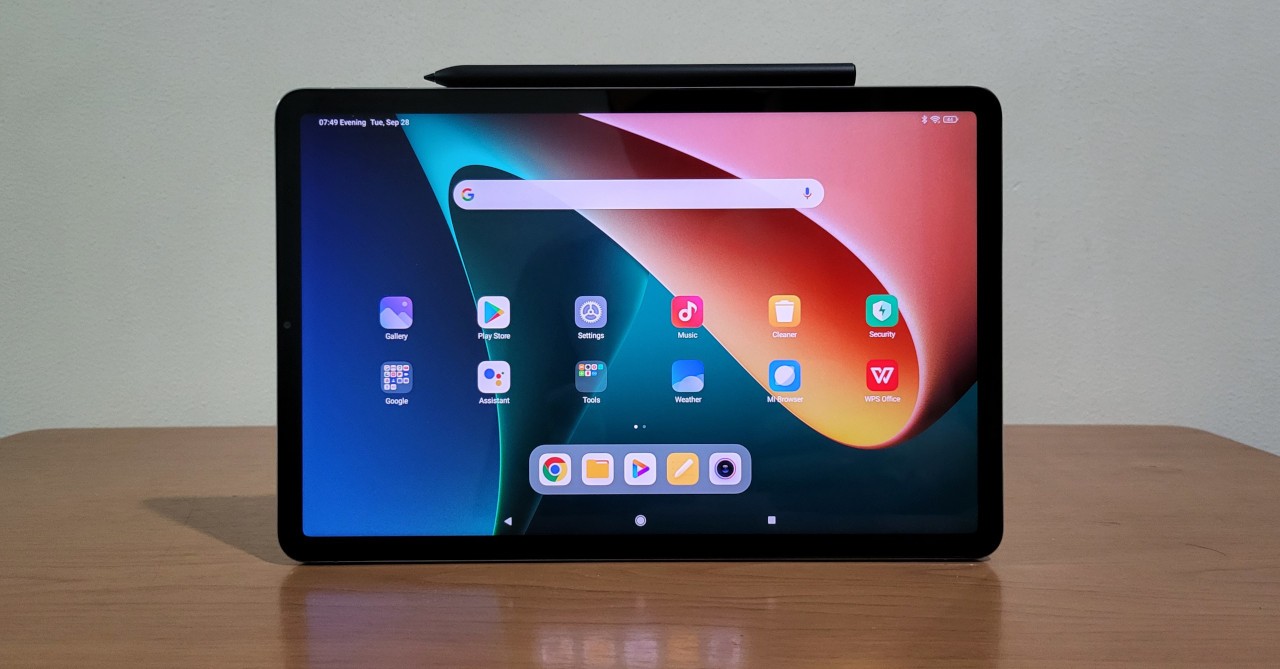 Moving to the front, we have the Pad 5’s 11-inch display. From the front, the Xiaomi Pad 5 looks like a standard Android tablet, though it does have slightly thicker bezels than you would expect, especially when compared to newer tablets. Of course, that’s a bit of an unfair comparison given this tablet’s price point. Still, you won’t get a true all-screen experience on the Pad 5. Though for me, I didn’t find the borders distracting considering while watching movies/shows how big the screen is.

Speaking of watching, tablets are generally a great option for binge-watching, especially when compared to smartphones. And in this regard, the Pad 5 does not disappoint! 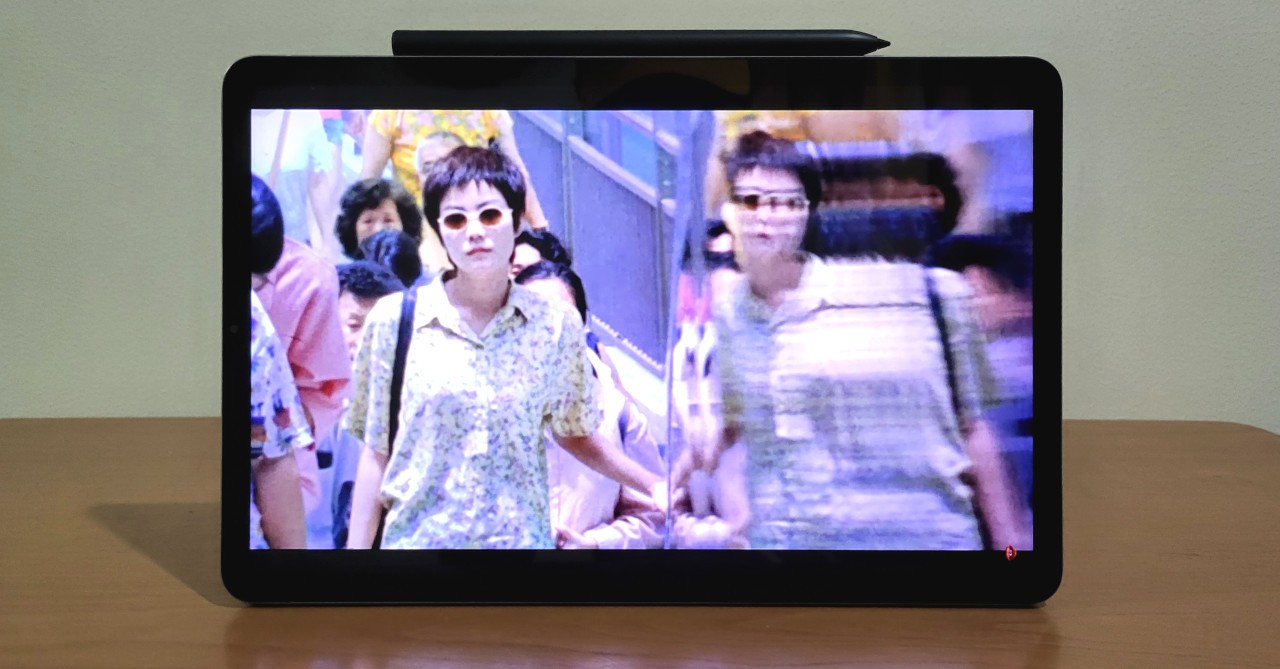 Thanks to its large 11-inch size and 2560 x 1600 resolution, the Pad 5’s display proved to be excellent for watching movies and shows. Even if the screen is not an OLED panel, it still had good color output for an LCD screen (this might be thanks to Dolby Vision support), and it also got plenty bright to boot. Even as someone who prefers to watch movies/shows on TV, I wouldn’t mind binge-watching my favorite content on the Pad 5. 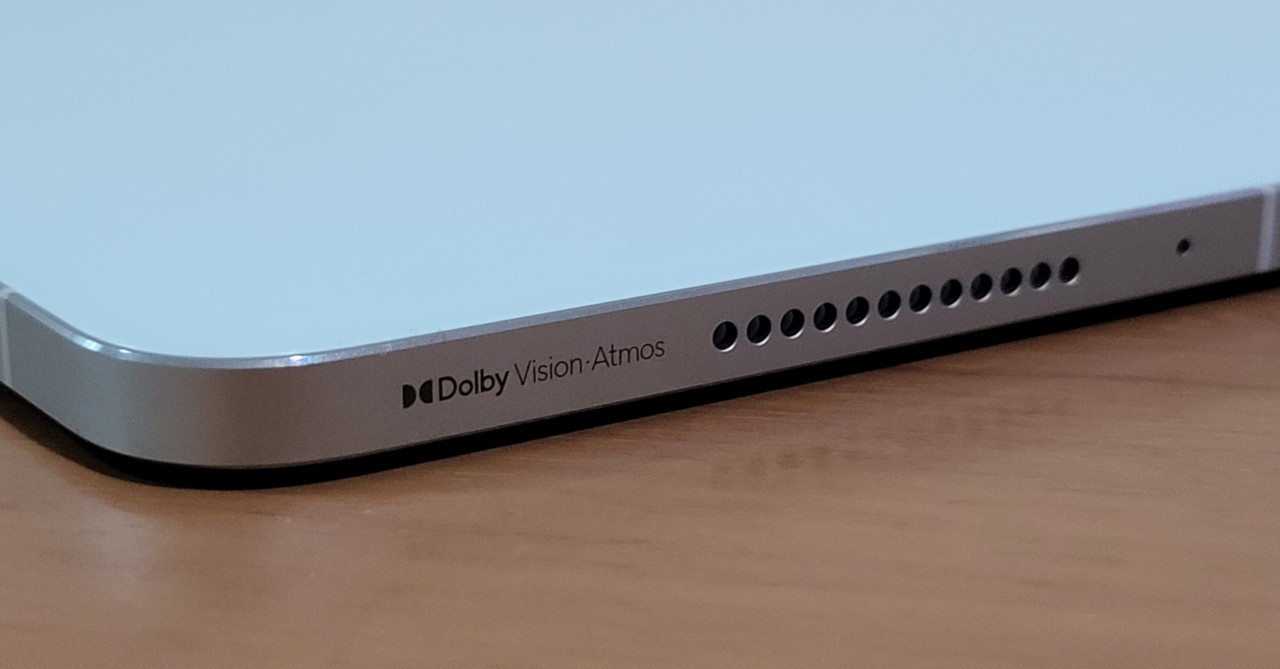 It also helps that the Dolby Atmos-certified speakers of the Pad 5 are of pretty nice quality. While I still prefer watching with external speakers or headphones, the Xiaomi Pad 5’s onboard speakers got loud enough to give me a good viewing + listening experience; plus, the audio quality is not half bad, even at max volume. Though take note that the tablet does not have a 3.5mm headphone jack.

Thanks to its Snapdragon 860 processor and 6GB of RAM, the Xiaomi Pad 5 proved to be a capable tablet for gaming. 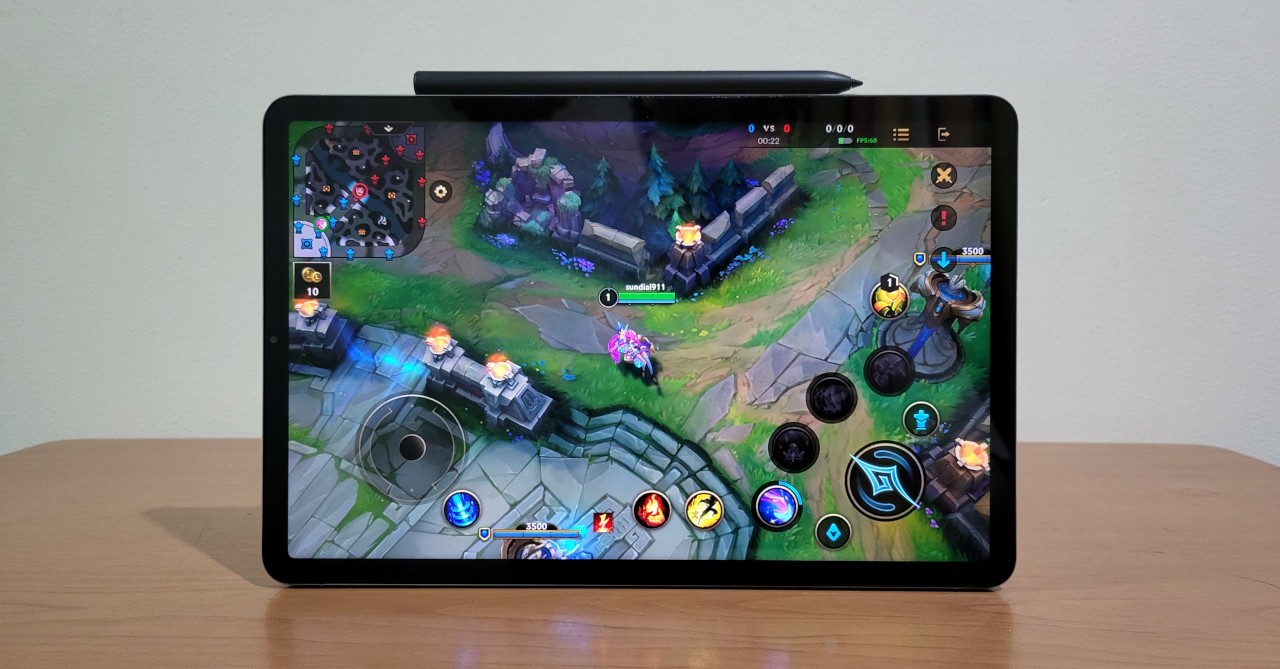 For starters, the Xiaomi tablet was easily able to run games such as Wild Rift and Mobile Legends at the highest settings, with little to no drops in framerate.

As for slightly heavier games, the Pad 5 also did not disappoint as it ran CoD: Mobile at the highest settings with ease. This means you should be able to play all of today’s popular Android games with ease. The tablet also has enough power to run games that support up to 120FPS, and you can enjoy them thanks to its 120Hz display.

While it can play popular mobile esports titles, it doesn’t mean you should. While some players may like playing Call of Duty or Wild Rift on a tablet, the Pad 5’s large size makes it rather difficult to play competitive multiplayer games. On the flip side, the tablet’s large screen makes it perfect for turn-based games like Civilization 6. Plus, if you have a stand and a controller, the Xiaomi Pad 5 should be a great device for emulators.

Meanwhile, here are they synthetic benchmark scores of the Xiaomi Pad 5:

For its cameras, Xioami packed the Pad 5 with a 13MP main shooter, as well as an 8MP selfie camera. Given its size, it’s hard to use the Pad 5 as your main camera as you would a smartphone. Though if you need to take a snap quickly, the Pad 5’s cameras can do the job just fine.

The main camera’s shots are just of decent quality (comparable to an older mid-range or a budget phone), and it’s even good for a bit of low light photography thanks to its Night Mode. Though its camera performance is around on par with lower mid-range smartphones. As for the selfie camera, the tablet’s front shooter takes decent quality photos, and it does well for video calls. 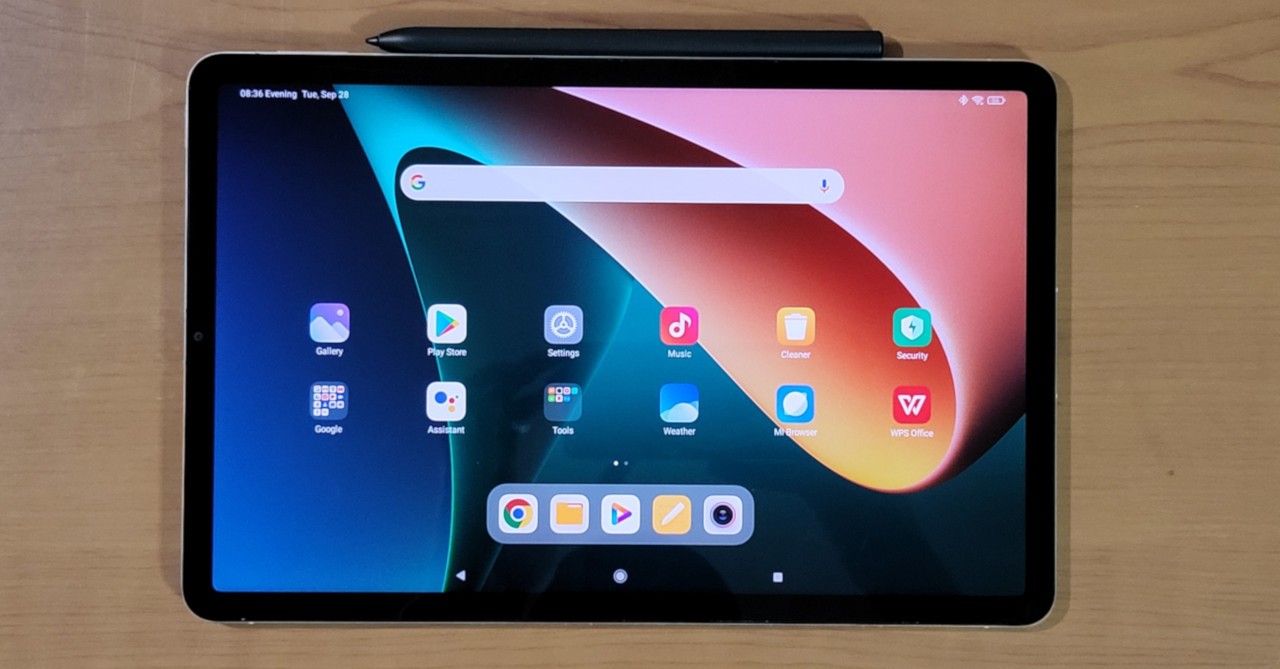 Even though the Snapdragon 860 is not a true flagship processor on the level of the Snapdragon 888, it still gives the Pad 5 more than enough power for everyday use. Whether you watch high resolution movies, or do some creative work, the Xiaomi Pad 5 should have no issues. In my time with it, the Pad 5 was fast and snappy, and at no point did it slow down. On top of this, the tablet’s 120Hz refresh rate screen made it feel even more fluid. 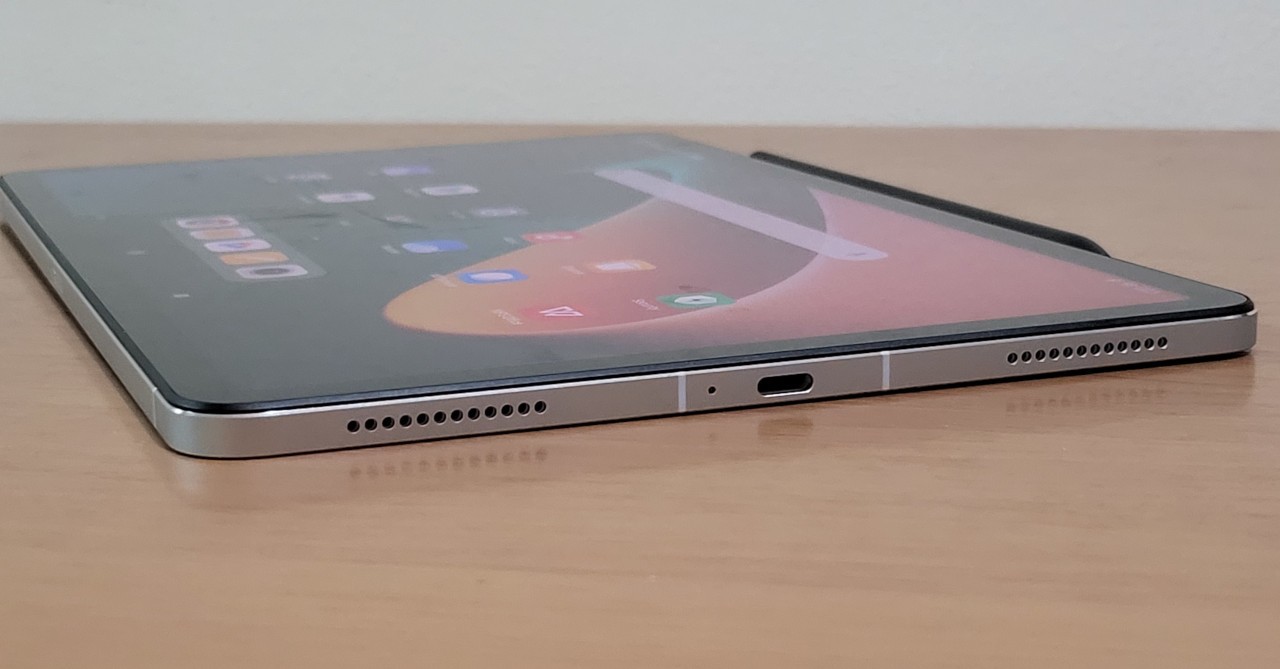 As for battery life, the Pad 5 does not disappoint. Thanks to its 8720mAh battery, the tablet can easily last for over a day on a single charge, even if you use it heavily. If you do find that it needs some topping up, the tablet charges from 0% to 100% in around two hours — not too bad considering the large battery capacity. 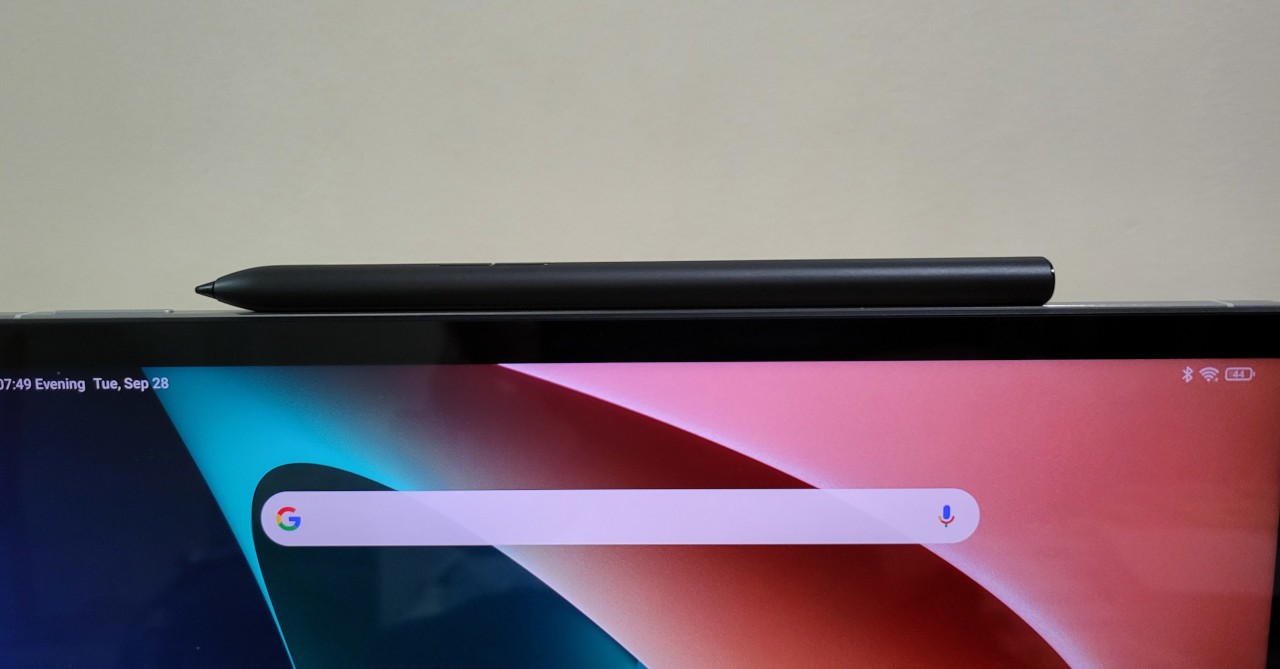 While not included in the box, the Pad 5 supports the Xiaomi Smart Pen, an accessory that’s highly recommended to users who like drawing/making art. The pen works similarly to something like the Apple Pencil in that it sticks magnetically to the tablet and charges while there.

As for the user experience, the Smart Pen feel nice to use. While I can’t claim that it’s the best stylus for a tablet, it should satisfy most users looking for a more budget friendly device to draw on. 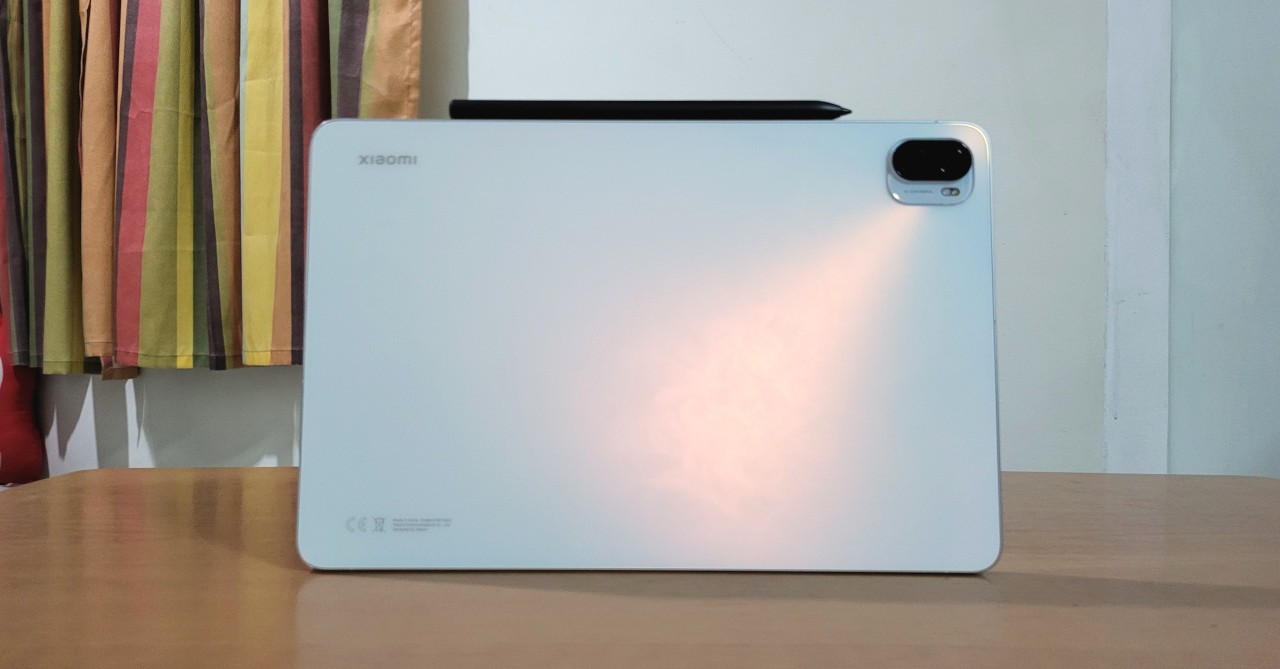 The Xiaomi Pad 5 has an impressive display, great performance, and long-lasting battery. On top of these, the tablet has great onboard speakers, and is a reliable partner for both gaming and everyday use. Thanks to these, along with the tablet’s starting price of PHP 17,990, the Pad 5 is an easy recommendation for users looking for a premium tablet without spending too much.

And if you can score the tablet in a promo (like its introductory price of PHP 14,990 last September 24), getting the Xiaomi Pad 5 is a no-brainer!