Is the Team Red variant of the Vivobook 15 OLED the better model? 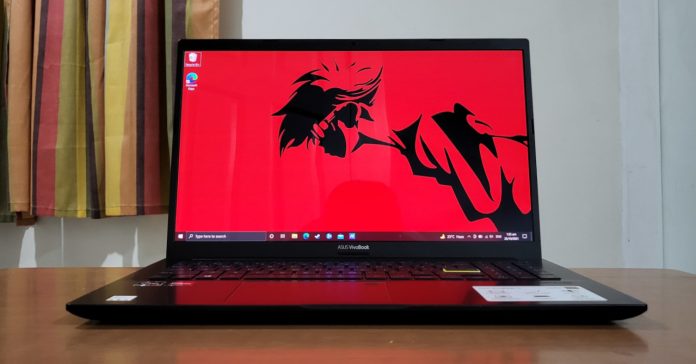 After testing the K513, we got our hands on the Vivobook 15 OLED M513 version, and this specific variant is powered by an AMD Ryzen 7 5000 series GPU, as well as AMD Radeon integrated graphics. Though aside from these, this Vivobook 15 OLED is pretty much the same as the Intel variant. 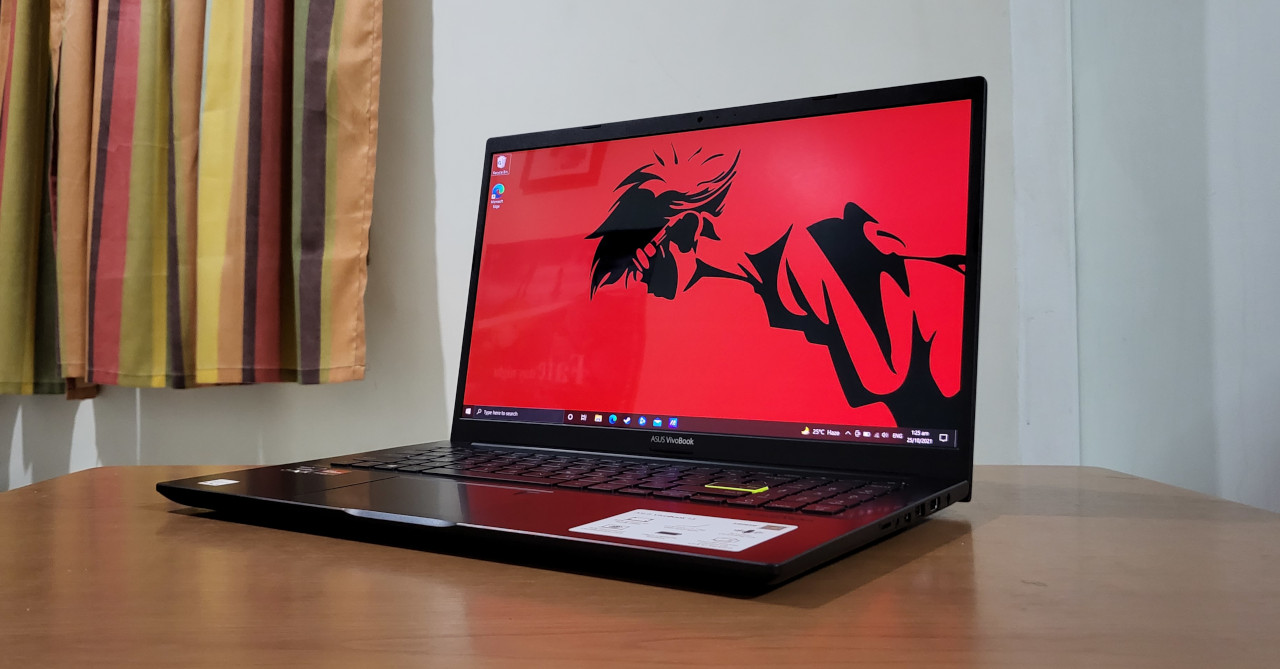 Now, we said in our K513 variant review is a great laptop for working professionals and for students. But is  this Team Red variant of the Vivobook 15 OLED also recommended? Find out here in our review!

[NOTE: Given that the M513 is the same laptop as the K513 barring the processor and integrated graphics, some parts of this review will be taken from the K513 review. Specifically, the Geek-sthetic, Binge Watching Factor, Sound Trip, and Typing Experience here are the same as the K513 review] 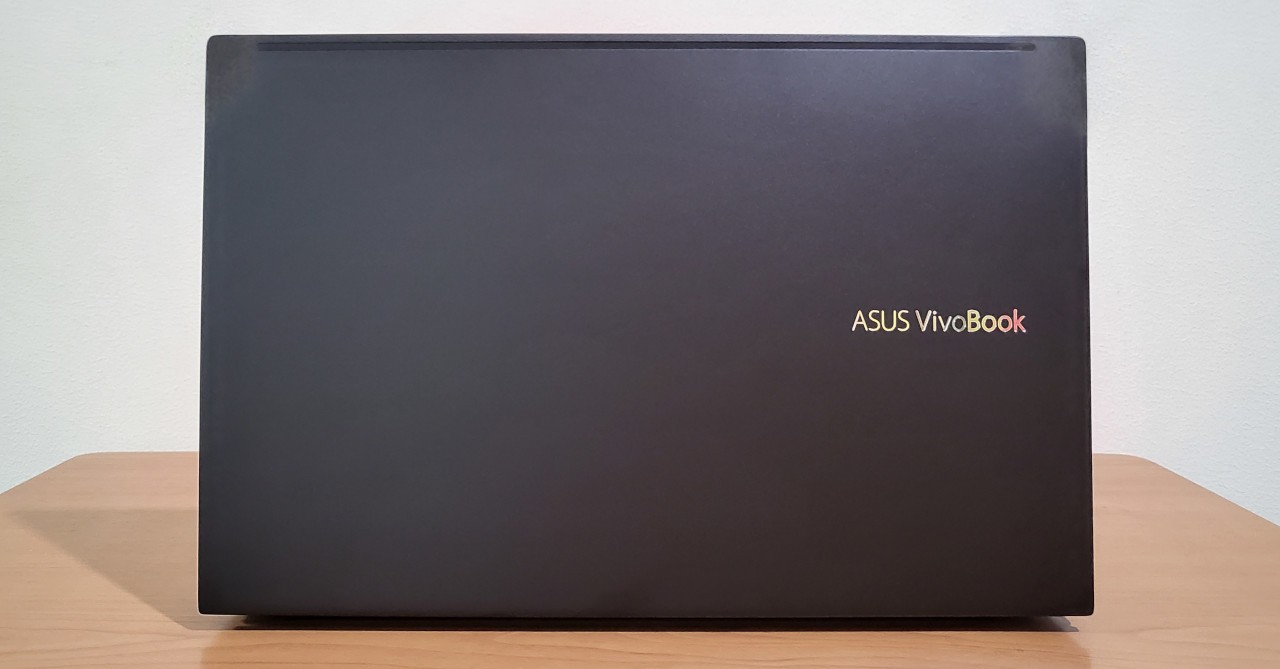 For starters, let’s take a look at the laptop’s design. Unlike the Vivobook S14 from last year which comes in several bright colors, this Vivobook 15 OLED is limited to only a black colorway. Aside from the black color isn’t just on the lid though as the laptop is black all over, making for a sleek overall look. 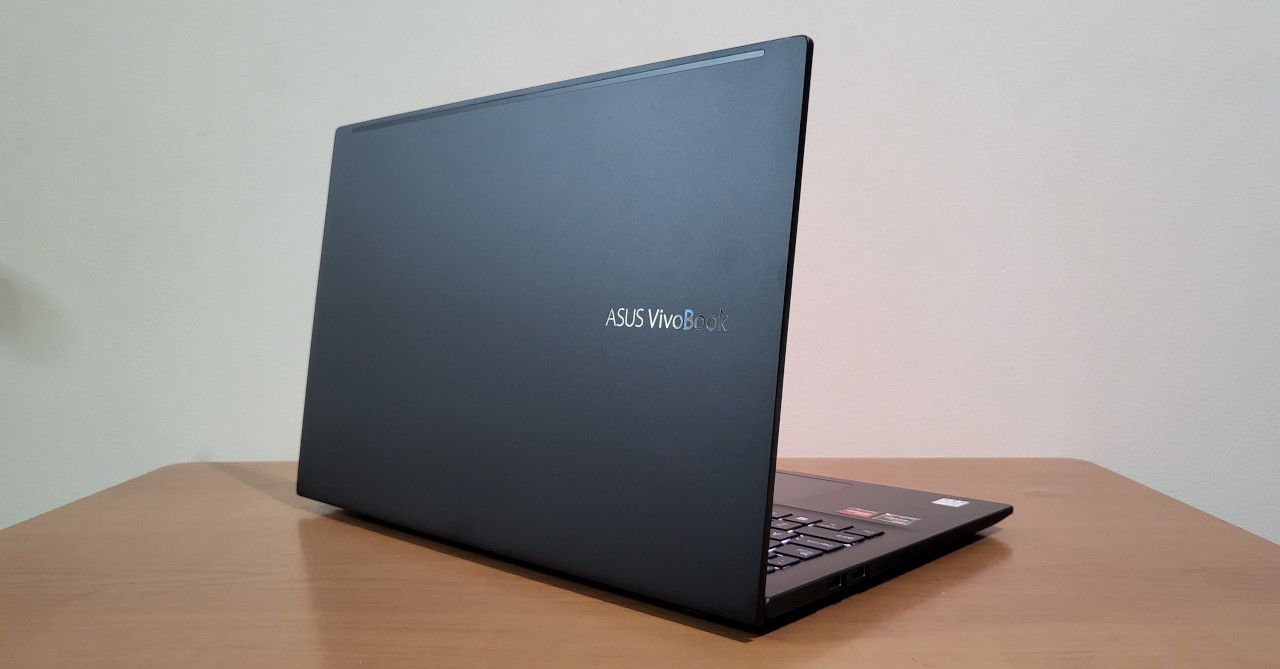 While some users may miss the brighter colors of the previous Vivobook laptops, I personally like this all-black look. Plus, if you do want to add a bit of visual pop to the laptop, the Vivobook 15 OLED’s lid is a great canvas for stickers; the laptop even comes with stickers inside the box so you can get started with personalizing the laptop as soon as you get it. 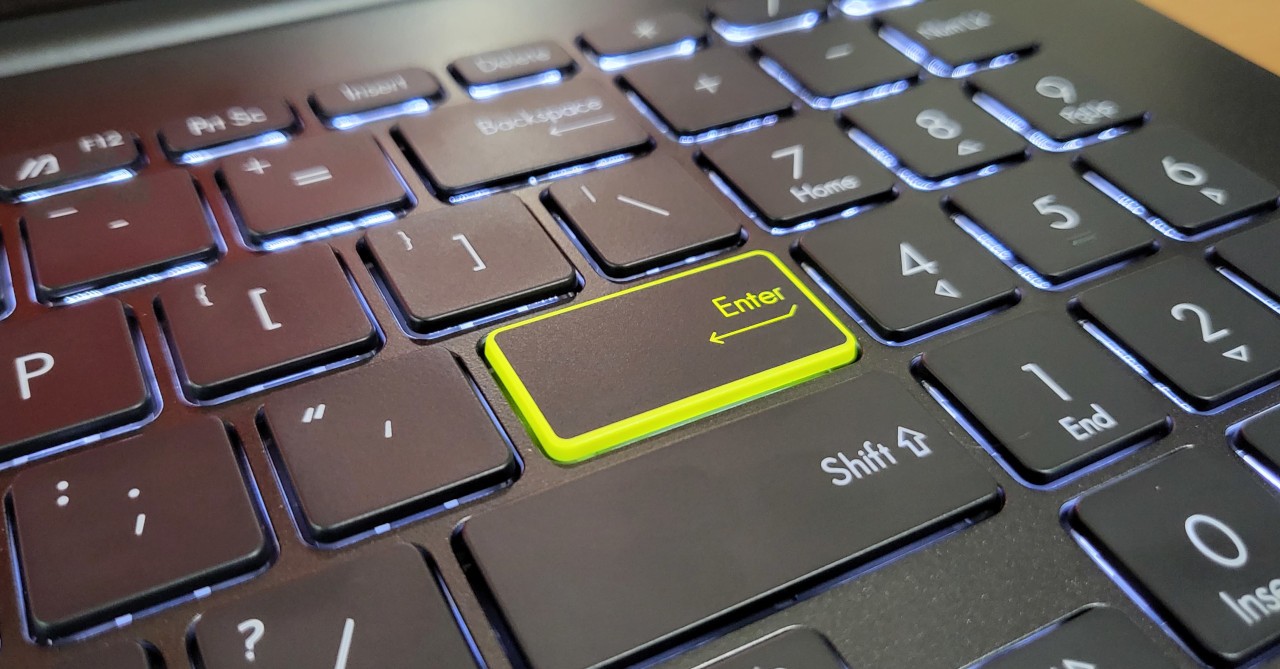 Another thing that adds some visual flair to the Vivobook 15 is the neon yellow enter key. This isn’t a new addition as previous Vivobooks already had this, but the bright enter key looks more distinctive given the all-black color of this notebook. It’s a small touch but one that makes the laptop look more interesting.

For I/O, the Vivobook 15 features the following ports:

Most users should be served well by these connectivity options, especially as the laptop has an HDMI port and a microSD card reader, two things that a lot of laptops nowadays don’t have. 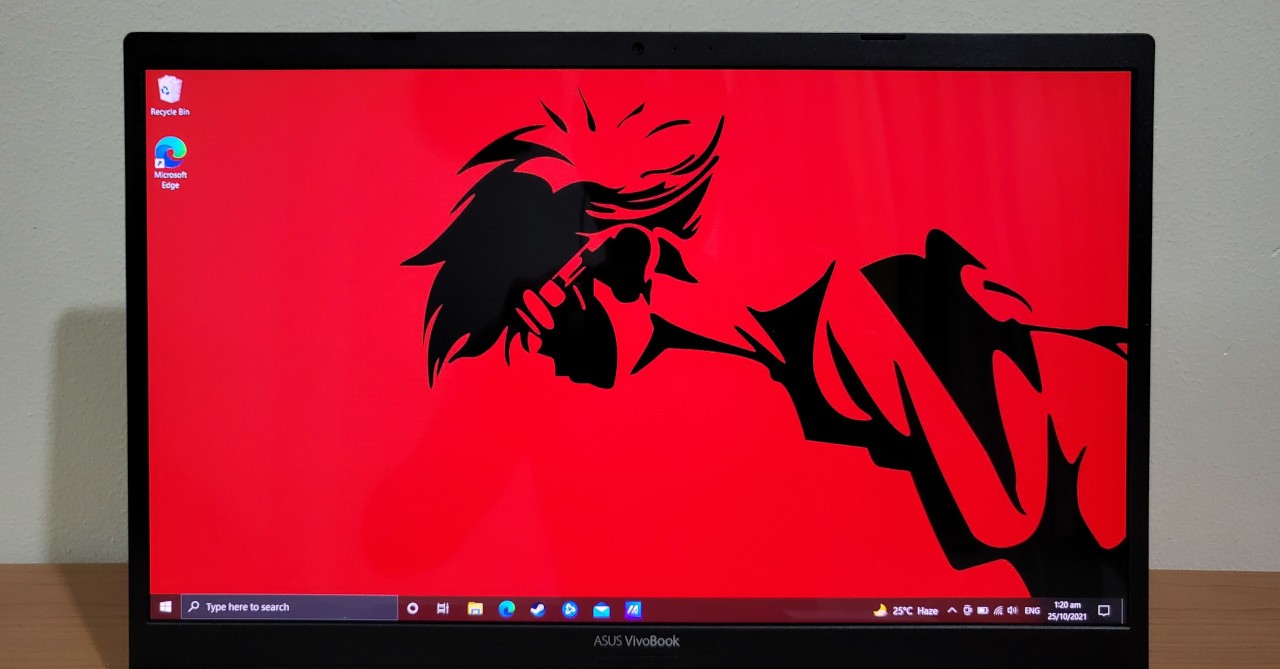 As mentioned above, the Vivobook 15 K513 has an OLED screen. Specifically, this laptop has a 15.6-inch Full HD OLED display with an 85% screen-to-body ratio. Thanks to the vibrant colors and deep blacks produced by the screen, coupled with the slim bezels, the Vivobook 15 OLED is a great partner for binge-watching your favorite movies and shows. Even if you prefer to watch in a brightly-lit room, the laptop’s screen can get decently bright. For reference, I was comfortable with around 30-40% brightness in my room. 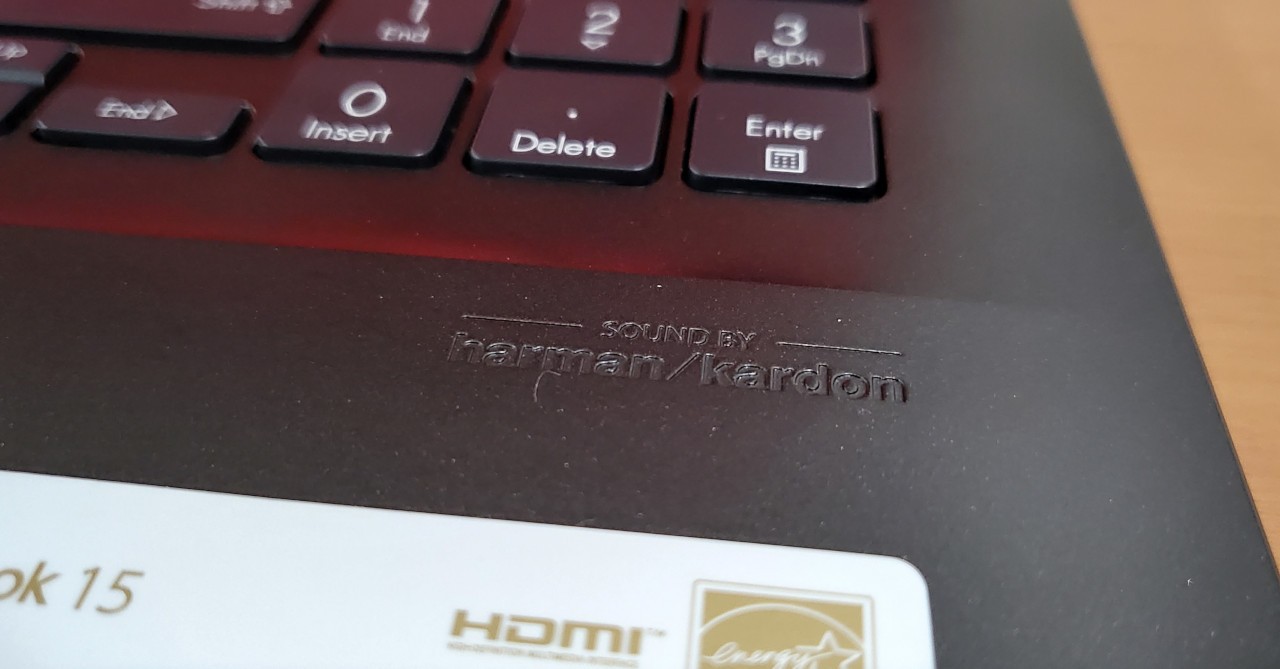 As with most ASUS laptops, the Vivobook 15 OLED features onboard stereo speakers that are tuned by Harman/Kardon. Our verdict on this laptop’s speakers are is the same as with our other ASUS laptop reviews in that they produce good enough audio in terms of quality, but they lack in volume. For the best experience, headphones or external speakers are a must when watching movies or listening to music. 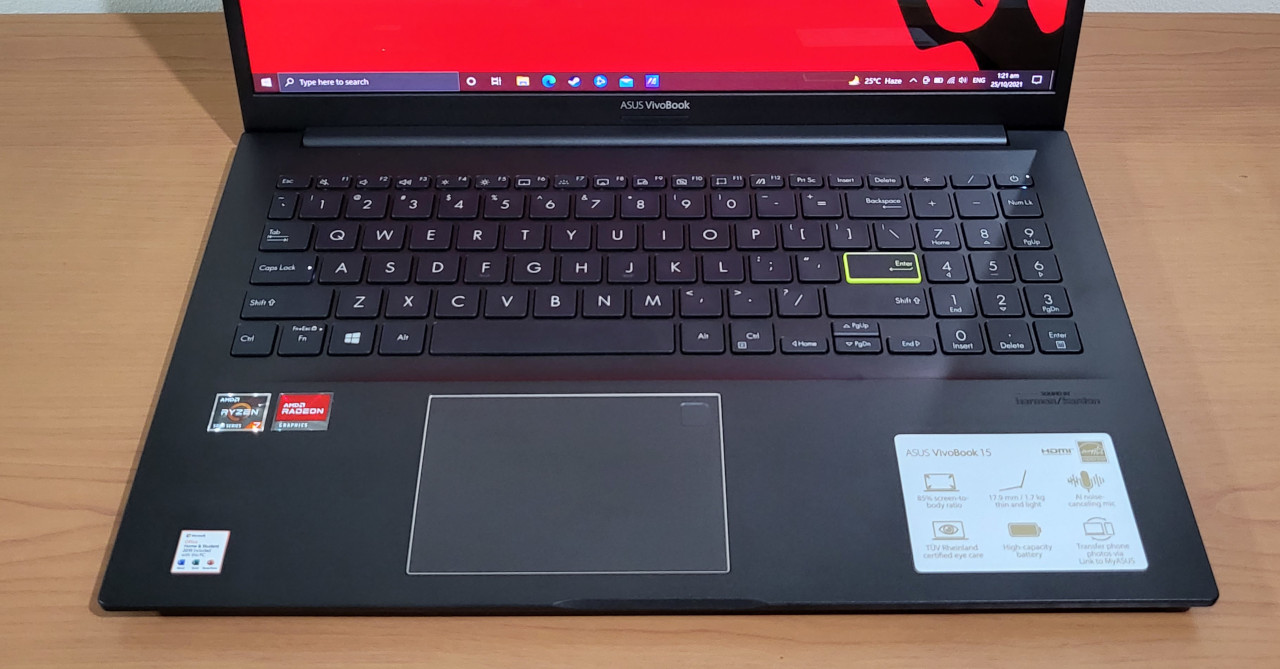 As a 15-inch laptop, the Vivobook 15 OLED packs a full-size keyboard. For typing, the keyboard was quite nice in my opinion, with the keys having a good size and spacing. While the tactile feel is just okay, I found the typing experience to be quite satisfactory overall.

For the trackpad, the size is an okay size. While I would’ve liked it to be a bit bigger, I had no issues using it. Plus, I did appreciate the inclusion of a fingerprint scanner as it made for hassle-free laptop security. 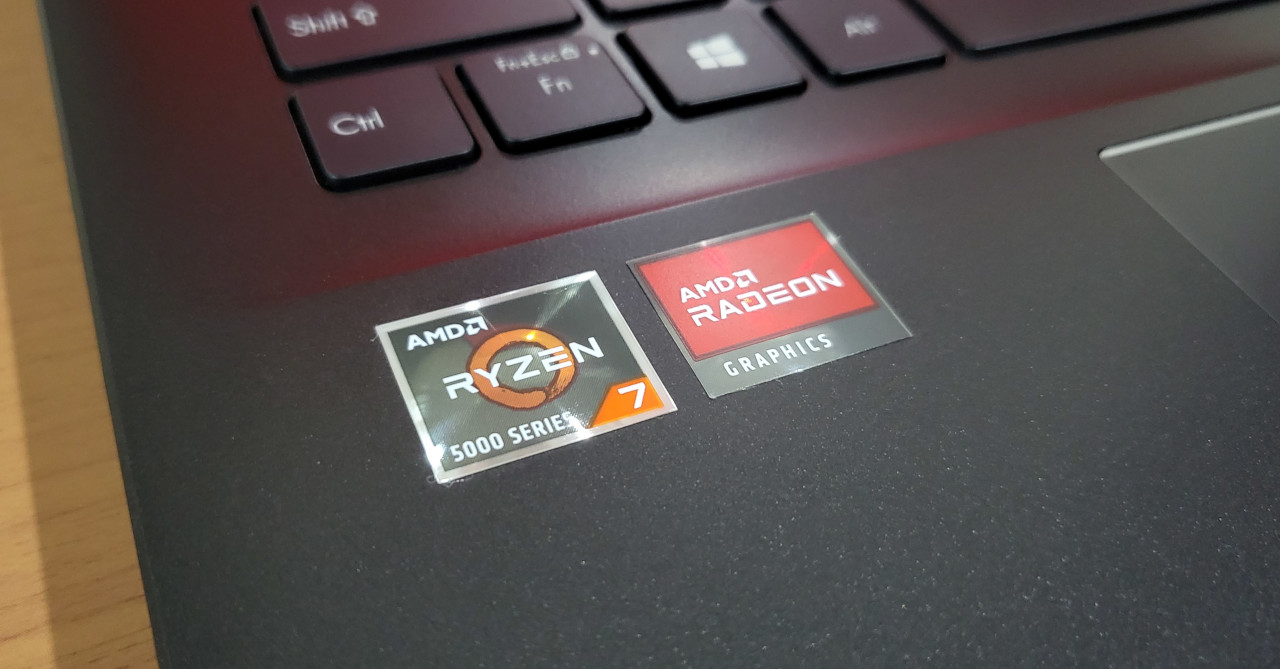 As mentioned above, the M513 variant of the Vivobook 15 OLED is powered by an AMD processor, specifically an AMD Ryzen 7 5700U with Radeon integrated graphics. In our gaming test, we found that this M513 variant can also play more casual games and esports titles, but the performance is not as strong as the K513. 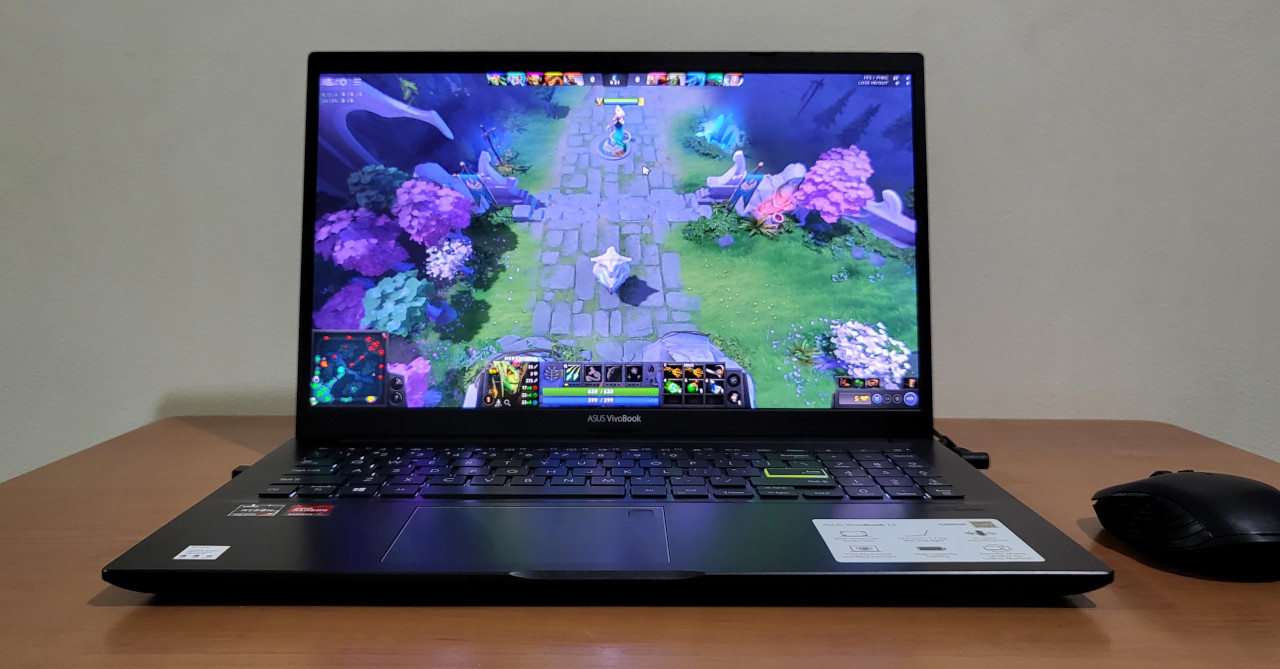 Aside from being a bit less capable for Dota 2, the M513 was also not powerful enough to run Overwatch. Even at the lowest settings at 720p, this specific model wasn’t able to play the game with a playable frame rate.

Meanwhile, here are the synthetic benchmark scores of the M513:

Compared to the K513, the benchmark scores of the M513 are lower in 3DMark which is expected given the gaming performance we saw. On PCMark10 though (which tests more general/productivity tasks), the M513 scored a bit higher overall.

While we usually keep our benchmarks to these two, the Ryzen 7 5700U is a bit stronger for multi-core benchmarks. 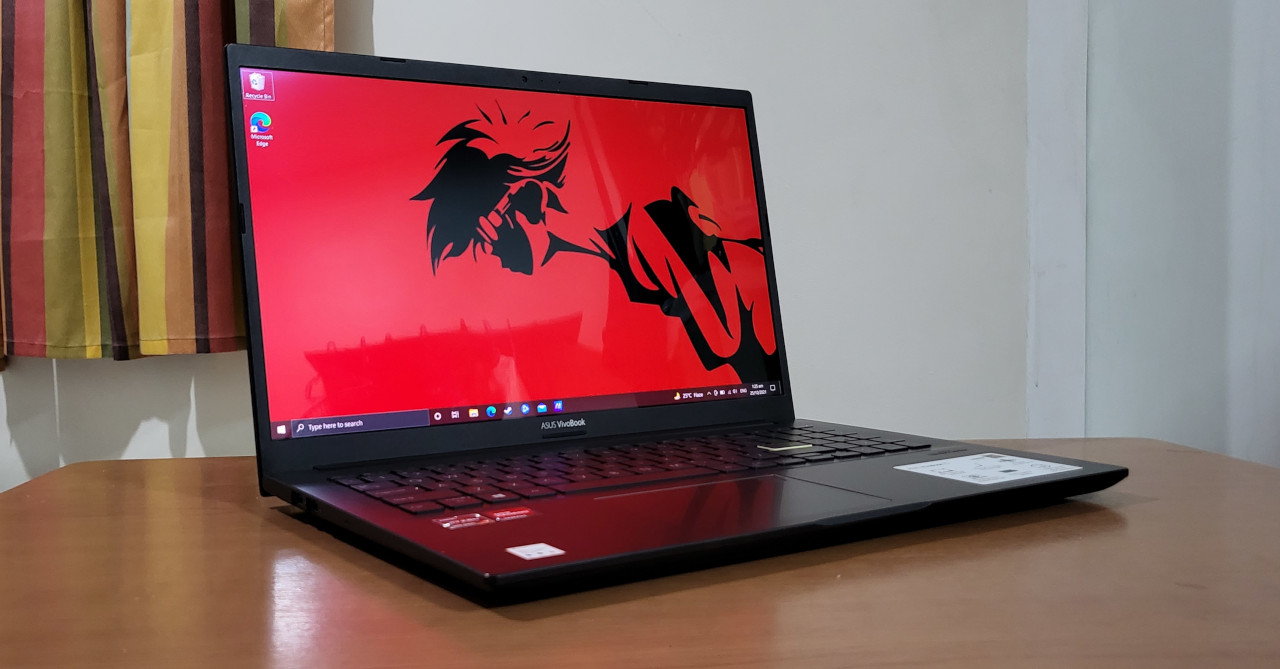 While the gaming performance is a bit lower over the K513, the Vivobook 15 OLED M513 is just as great for everyday use as the Intel-powered variant. Whether you need a laptop for browsing, office apps, and some creative programs such as Photoshop, the M513 should have enough power (provided you don’t edit high res videos or do 3D work of course). 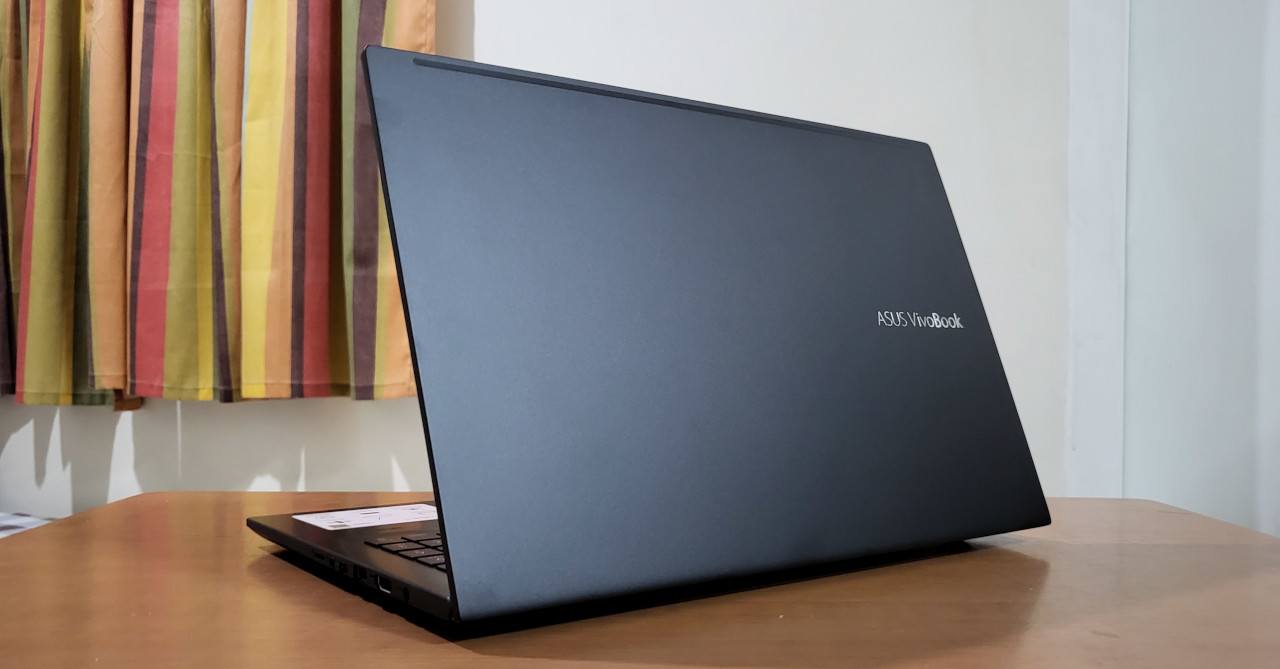 One thing we did find out when testing the M513 is that this variant has a major battery life advantage. After playing a 2 and 1/2 hour movie at 50% brightness and volume, the Vivbook 15 OLED had 78% battery life remaining. That’s much better than the 63% that the K513 still had. This should also mean that you can use the M513 model for 7 or so hours on a single charge. 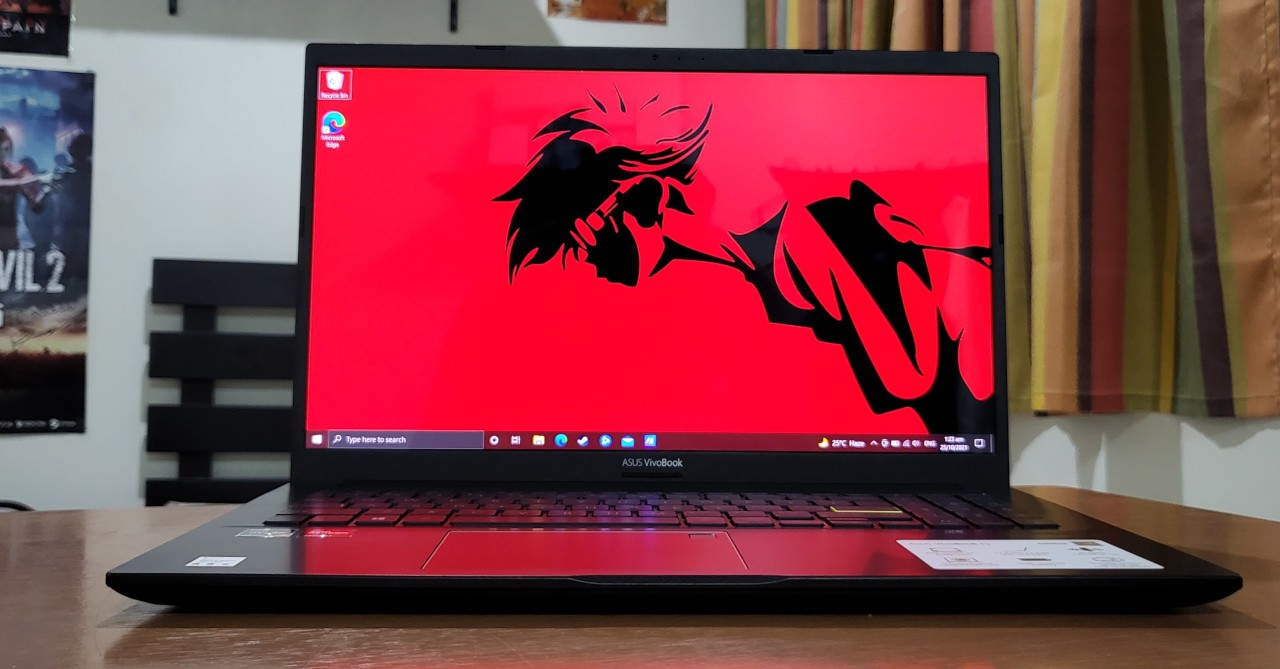 As we’ve noted in our previous review, the Vivobook 15 OLED is a great laptop thanks to its great design and excellent OLED display. For the M513 variant, it’s also a capable performer, though the battery life is much better.

So, which variant should you pick? Well, it depends on what you prefer, especially given that they are priced the same. If battery life and multi-core performance is your priority, the M513 model is the one to look at. Though if you prefer better gaming performance, the K513 should be the model to pick.

No matter which variant you choose though, the Vivobook 15 OLED is a great laptop that’s well worth considering.