Fortnite's latest collab is with the long-running Resident Evil series. 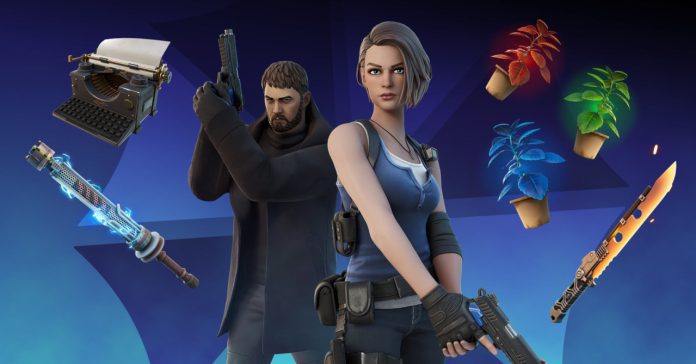 Epic Games has announced a Fortnite and Resident Evil crossover which brings Chris Redfield and Jill Valentine to the game.

Specifically, players can get Chris Redfield and Jill Valentine as standalone purchases, or as part of a bundle. Chris’ Fortnite appearance features his look from Resident Evil 5, while Jill’s look is based on her look from the original Resident Evil. Both characters also feature alternate outfits, with Chris donning his RE Village look while Jill has her Resident Evil 3 Remake as an alt outfit.

To go along with these characters, the Resident Evil collab also features items, including the Green Herb Back Bling (with Blue and Red alternate styles), a typewriter Saving Keystrokes Back Bling, a Hot Dogger Pickaxe, and a Stun Rod Pickaxe. Finally, the crossover features the Brolly Stroll Emote.