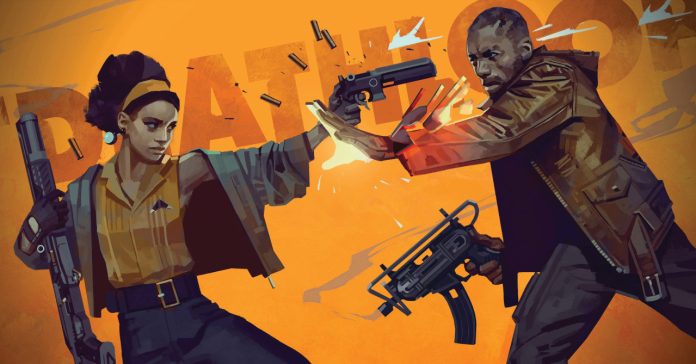 Time loops and paradoxes incorporated into video games is no new concept. We’ve had our fair share of titles in the past that make full use of this mechanic, or at the very least allude to it. We reveled in the idea of having a variety of possibilities to accomplish otherwise straightforward tasks, and always looked forward to any game that made good use of time manipulation and the like.

Arkane Studios and Bethesda Softworks found a way to combine most of what you’d enjoy nowadays into a neat little triple-A package and brought everything together in a…timely fashion. 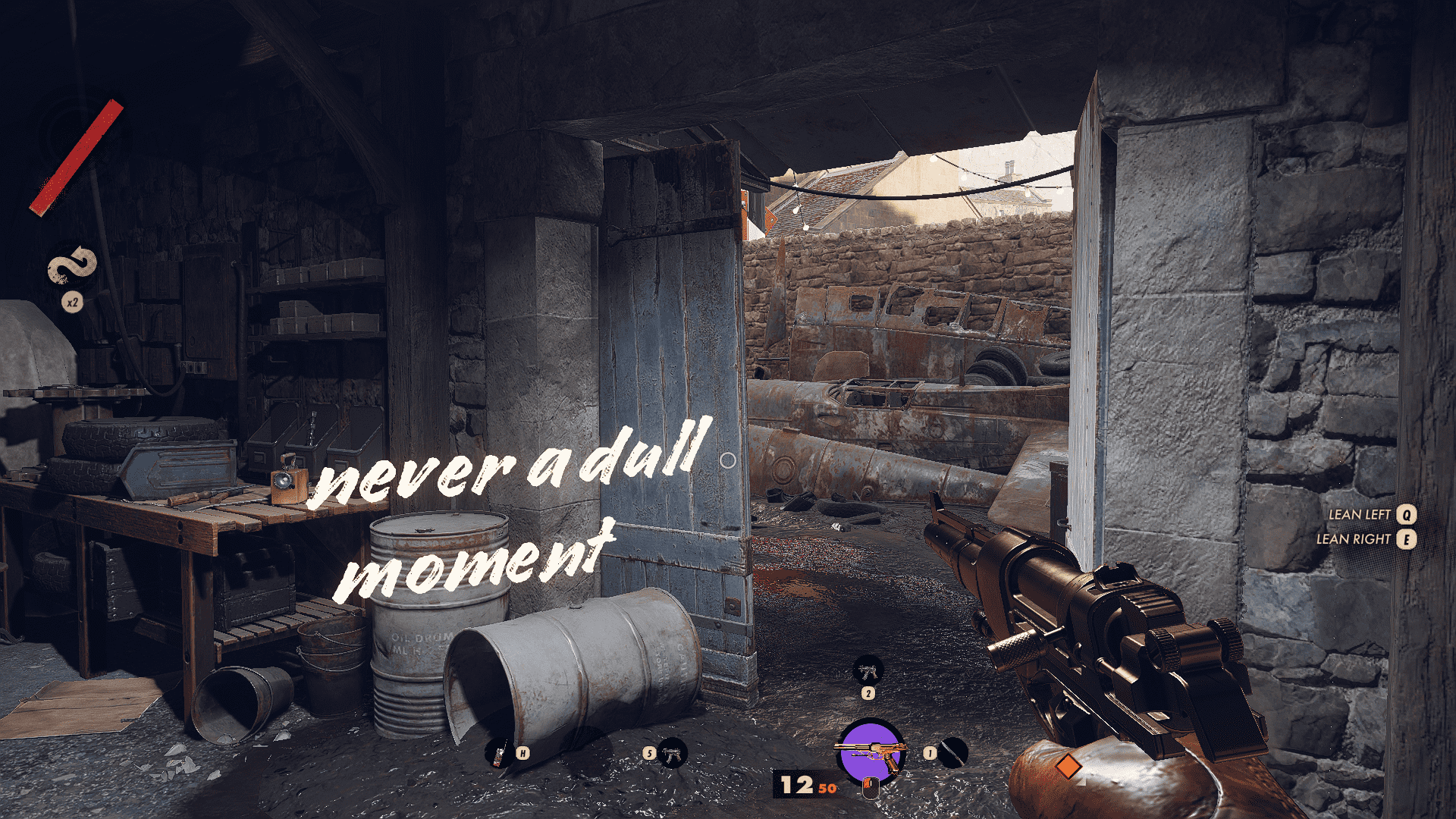 If you enjoy smooth, satisfying gunplay, paying attention to every little detail, solving mysteries within mysteries, and the idea of someone kicking the door into your world to hunt you down relentlessly, allow me to welcome you to Deathloop.

You are Colt Vahn, a rough-around-the-edges, quick-witted amnesiac who somehow found himself stuck in a day that perpetually repeats itself. Every morning, you wake up on Blackreef’s shore with only one clear roadmap: take out eight visionaries who created this unholy time loop, break said time loop, and find out how you got into the time loop In the first place. 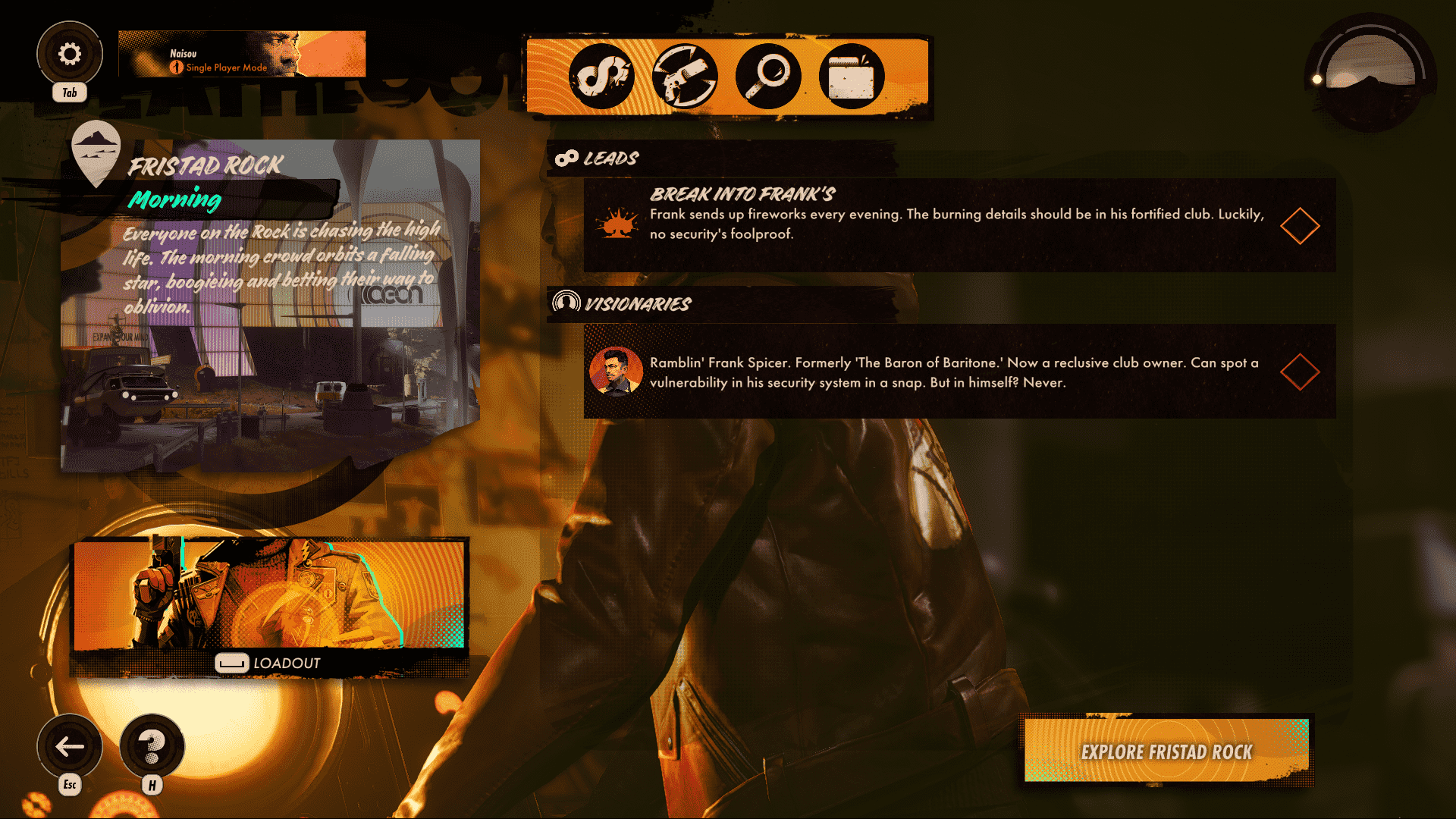 The game’s entire plot is limited to Blackreef’s four districts, and each daily loop is divided into four parts: morning, noon, afternoon, and evening. There’s only one objective to beat the game, and that’s to eliminate all 8 visionaries in one day before another loop could begin. 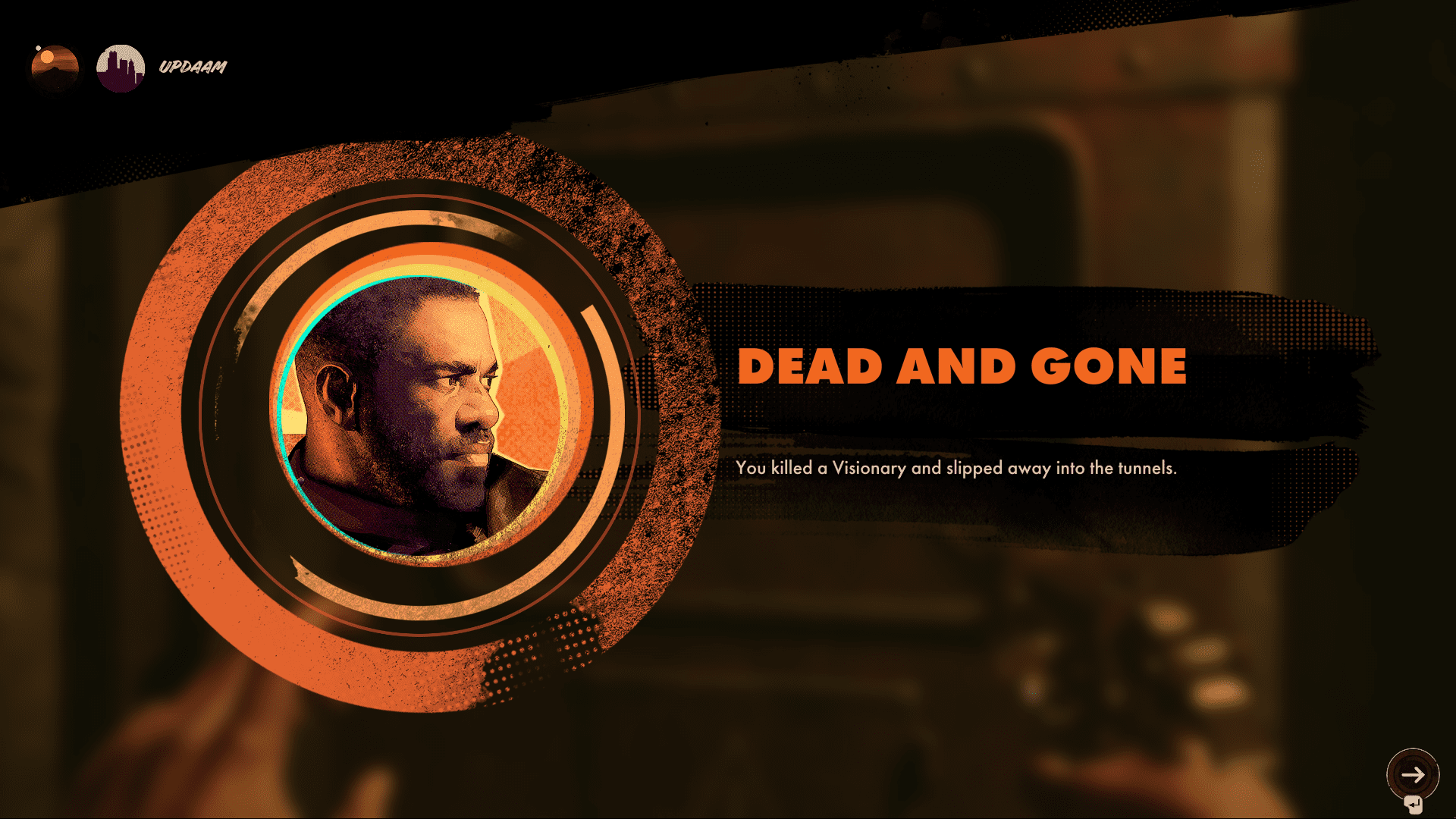 While this may seem easy on paper, you could find yourself going through several days gathering information and finding a way to group as many visionaries as you can in one district. Where each visionary spawns can differ between times of the day. Sometimes, they may not even appear at all. Numerous files, recordings, and notes are scattered across each district, providing valuable intel leading to a chance of finding multiple targets in one area. 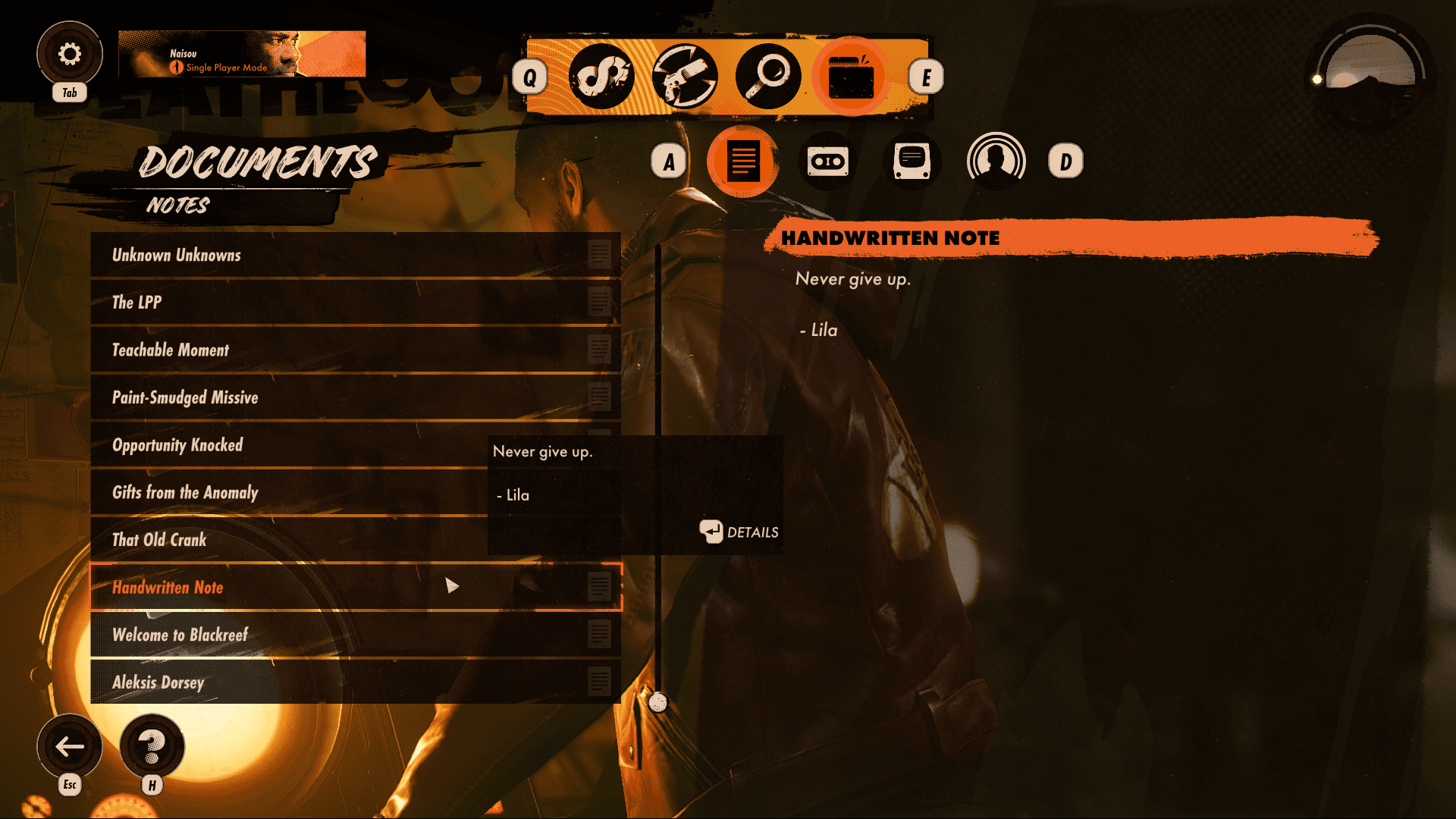 Of course, this means a lot of trial and error, remembering key locations, and building up your arsenal in order to hunt them down more efficiently, and at the same time, stay alive. Worry not, for you’ll be well equipped for this arduous task.

Tools and trinkets worth your time

Gunslinging in Blackreef will be necessary for the most part, and you can do this either gung-ho or as silent as a shadow. Thankfully, the gunplay mechanics are satisfying, snappy, and at times, frustratingly realistic depending on what you’re unholstering. 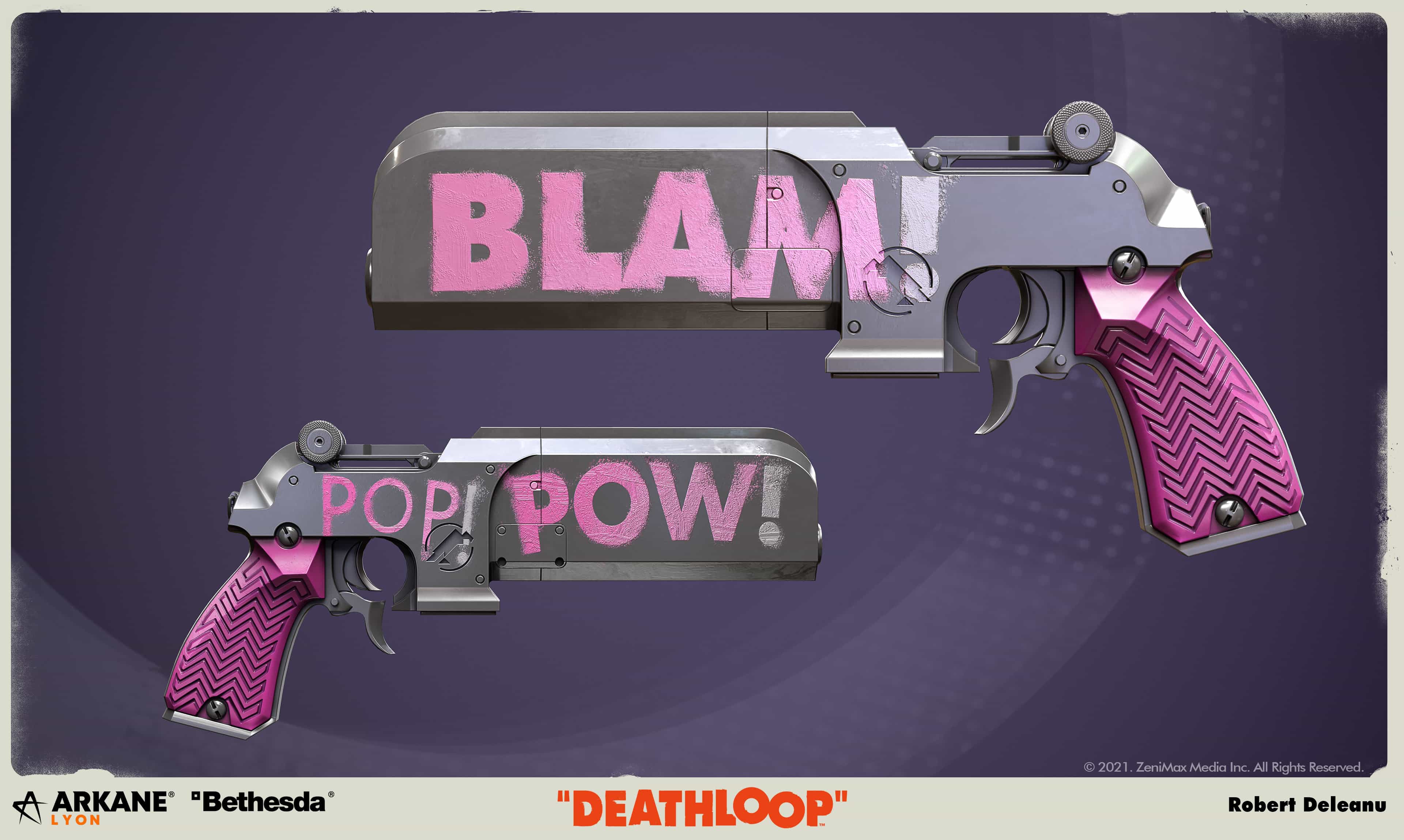 Aside from your handy machete and mandatory grenade, you have three weapon slots in your loadout. The weapons pool may be rather small, but when you have the literal power of time on your side, this is an advantage. The variety consists of small caliber weapons like pistols and submachine guns, large caliber weapons such as machine guns, sniper rifles, and the Four-Pounder magnum, the trusty old shotguns, and an unexpectedly useful nailgun. Weapons are color-coded based on rarity, with higher tier weapons coming equipped with special buffs. Aside from this, you can assign three different “trinkets” for each weapon, all of which give a certain buff or help improve your weapon’s effectiveness. Each weapon type has one kind of ammo, and ammo will be aplenty. You won’t be going empty for as long as you don’t spray and pray. 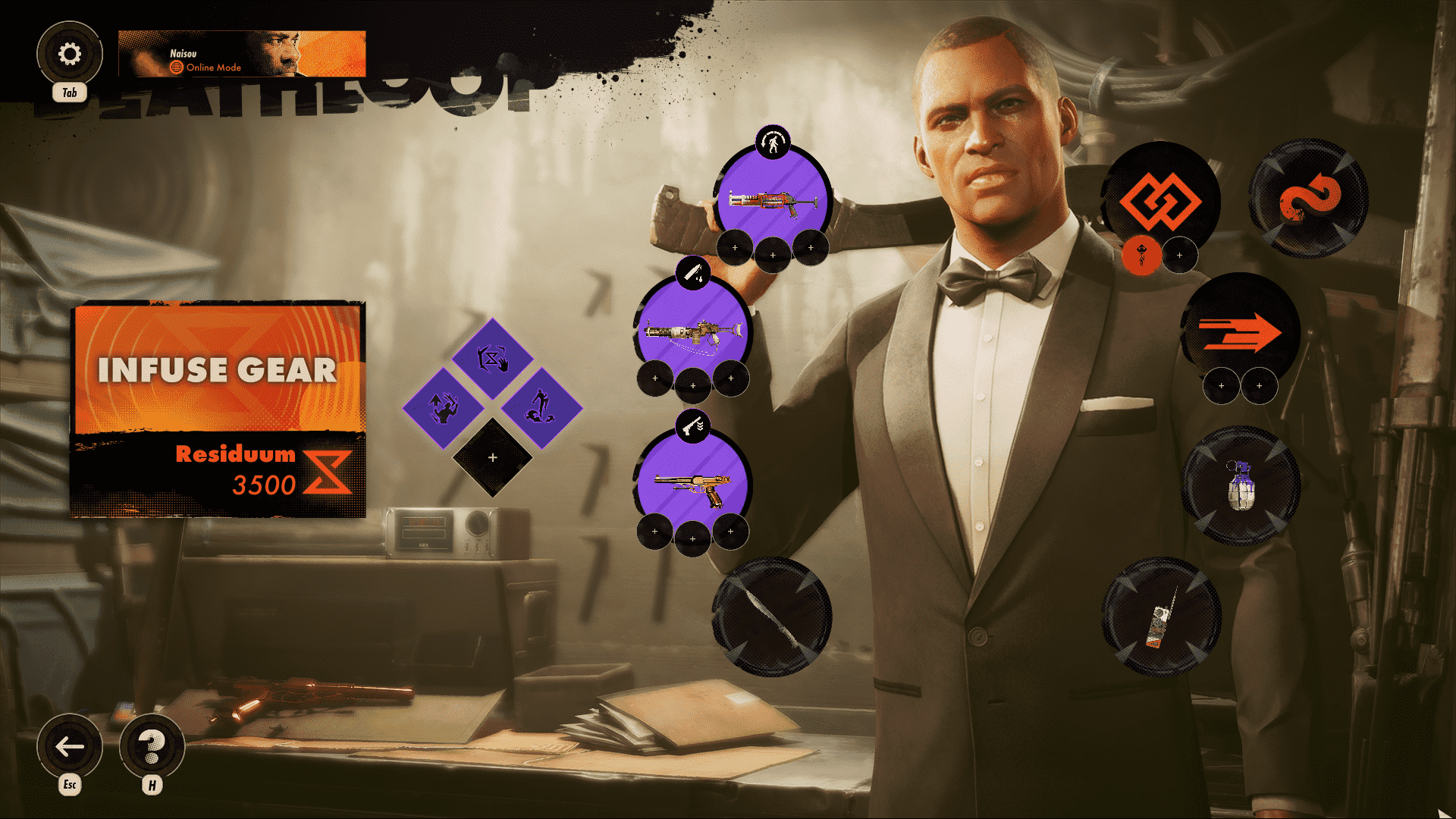 “Slabs” are what truly give the game its identity and help you make full use of those badass chrono-powers via your off-hand. Yes, you can, indeed, dual wield. Four different Visionaries carry a Slab that you can take it from their cold, dead bodies. Killing them more times in different loops will unlock the Slab’s upgrades.

The Nexus Slab links multiple enemies together so they all take the same damage. One headshot can be five. Shift is the teleport from Dishonored, but with less edge and more vaporwave. Perfect for mobility. Havoc is your D&D Barbarian Rage, making you take less damage while dealing more. Aether gives you invisibility, making stealthy approaches a walk in the park. Lastly, Karnesis gives you telekinesis, but limits it to enemies. You can’t throw cars around, but you can definitely smack your enemies with, well, each other. Colt himself comes with a special Slab called “Reprise” which allows you to resurrect twice before an actual death resulting in the loop resetting. You’ll be experiencing this a lot, trust me. 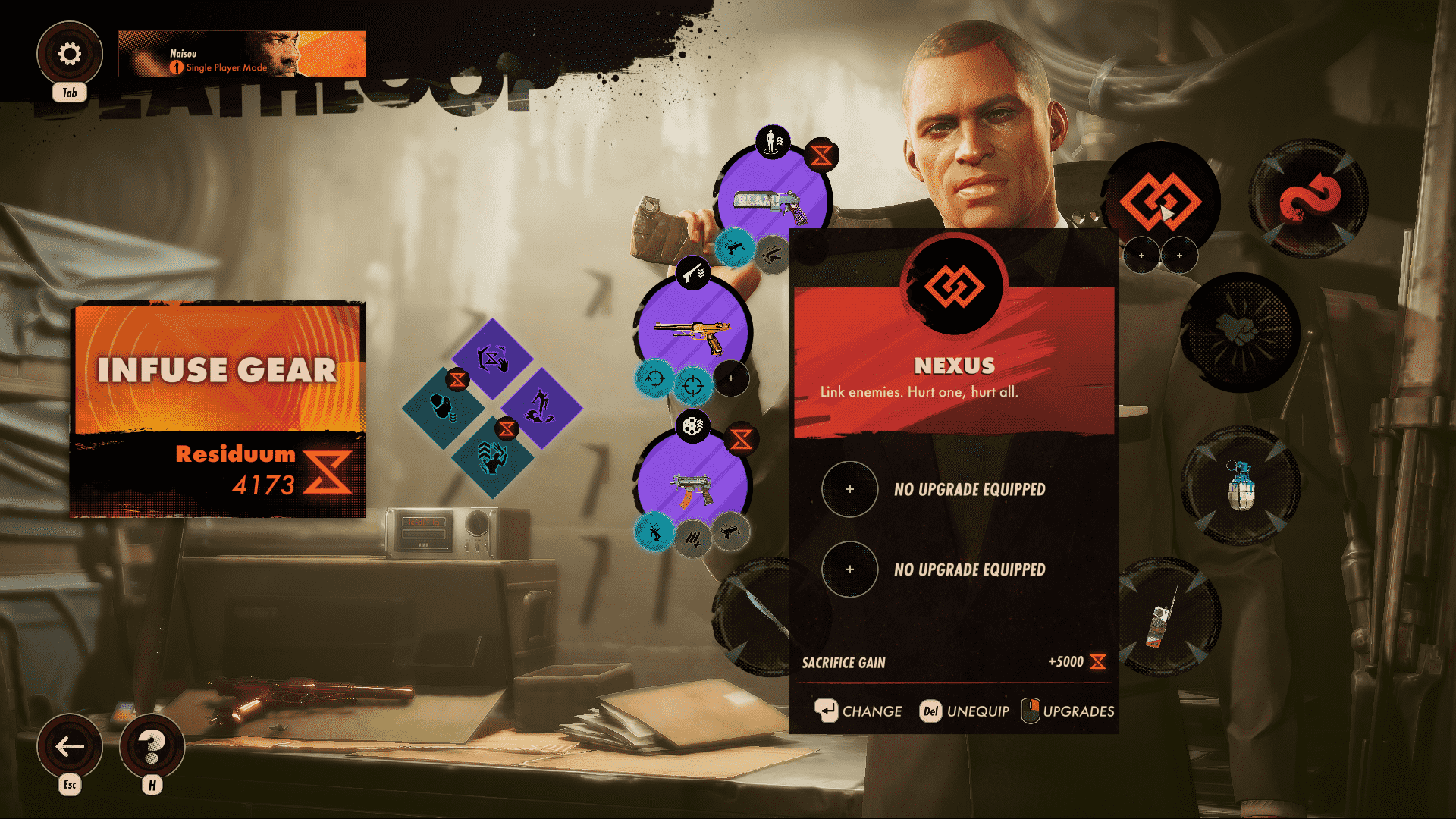 I’d be remiss if I didn’t mention Colt’s nifty Hackamajig, an off-hand device used to scramble circuits of any kind. Unlock door shutters, disrupt radio frequencies for a quick diversion, or hack camera turrets to turn on enemies (including Visionaries). For as long as it has an antenna, the Hackamjig can work its magic.

Given the bulk of weapons, skills, and upgrades, you’re probably wondering how you’ll manage to pay for everything. A currency called “Residuum” can be found in trace amounts around the districts, or in truckloads from the Visionaries that you shoot in the face. It’s vital in upgrading your equipment, and “infusing” anything you don’t want to lose once the loop resets. It’s also worth noting that once you die and trigger Reprise, all your Residuum will be left in the after image of your former self a la Dark Souls, so you better backtrack to where you got ganked, or risk losing all your hard-earned techno-moolah. 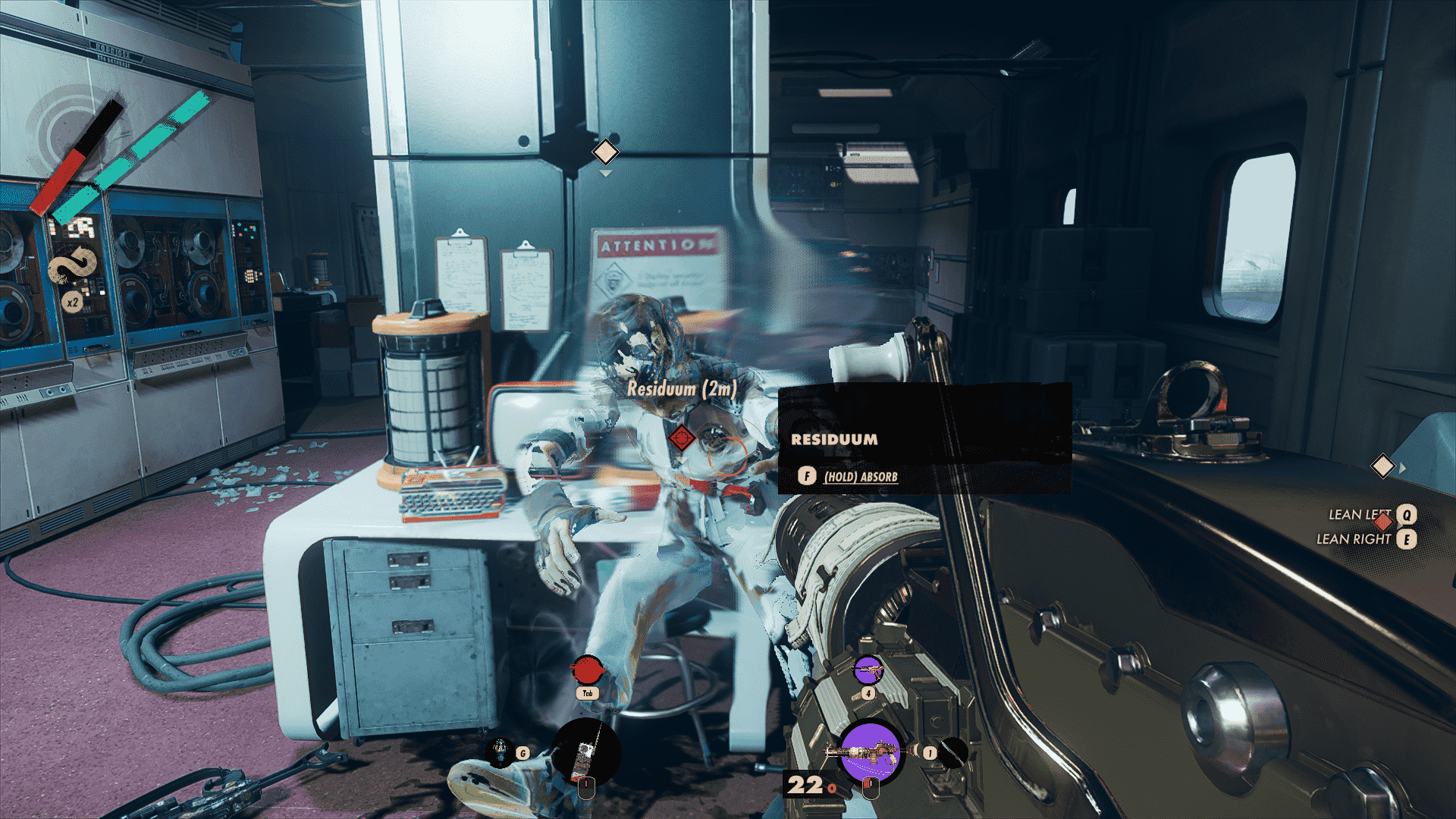 The Eternalists are the colorful, party-crazed army of degenerates who swear loyalty to the Visionaries, and hate you with a passion. There’s no way to know how far they can see or hear, and there’s no HUD for you to pinpoint them. The districts are their domain, and you’re an unwelcome visitor.

Luckily, you have all the time in the world. 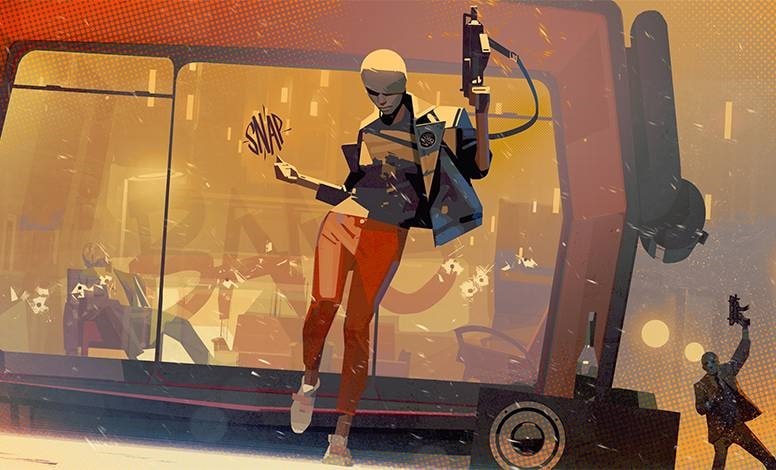 They carry a variety of the same weapons and ammo you lug around, and they know how to use them. Getting swarmed and cornered by them can be frustrating in the early game, but by the time you get the hang of things, getting all comfy with your loadouts and upgraded slabs, they’ll pretty much be walking ammo repositories that you can headshot at will. Still, your health is laughably small without upgrades, and a well-placed bullet will definitely kill you. So, don’t take them too lightly. 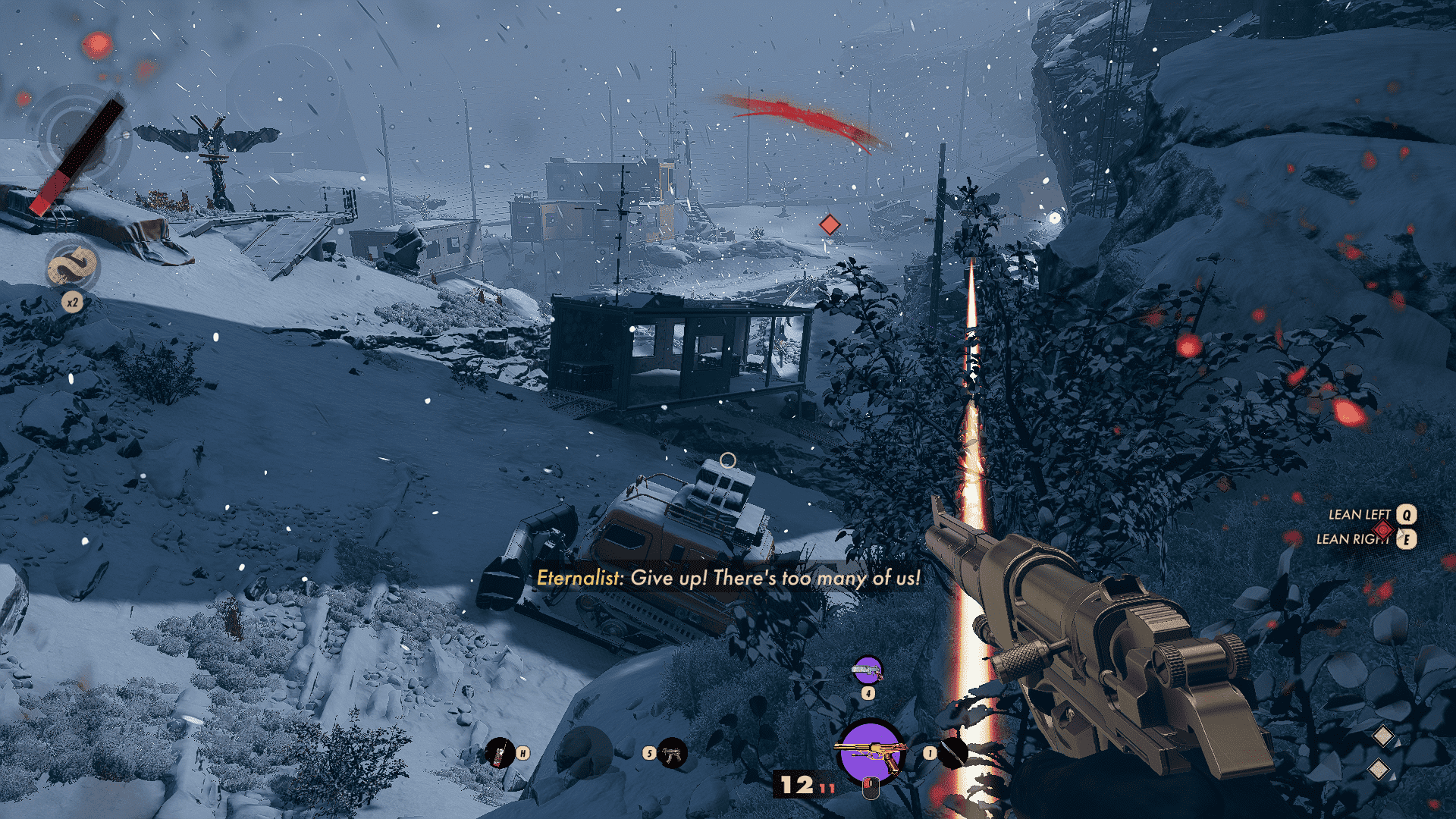 As for the Visionaries, they are, in essense, just stronger Eternalists with higher tiered weapons and sometimes, Slabs. Gameplay-wise, they can be a bit basic, but in terms of story, they’re anything but. Where they truly shine is in their personalities, and with the number of collectible files and recordings in-game, you’ll have a crystal clear view of the beautiful madness that you’re dealing with. Each of their backstories are unique, and interesting enough to make you dig deeper. The voice acting just comes naturally—from Colt himself, to the Visionaries, to your basic Eternalist. The interactions, the quips thrown around, the quips while getting shot, and the mandatory monologue while walking around never sound forced or phoned in. They add to the overall atmosphere of Blackreef, and give an identity to the enemy you’re facing. They’re not your typical, run-of-the-mill baddies. They like to frolic about, play guitar, and have mundane conversations with each other. I’m not even joking.

And hey, don’t even get me started on Julianna. 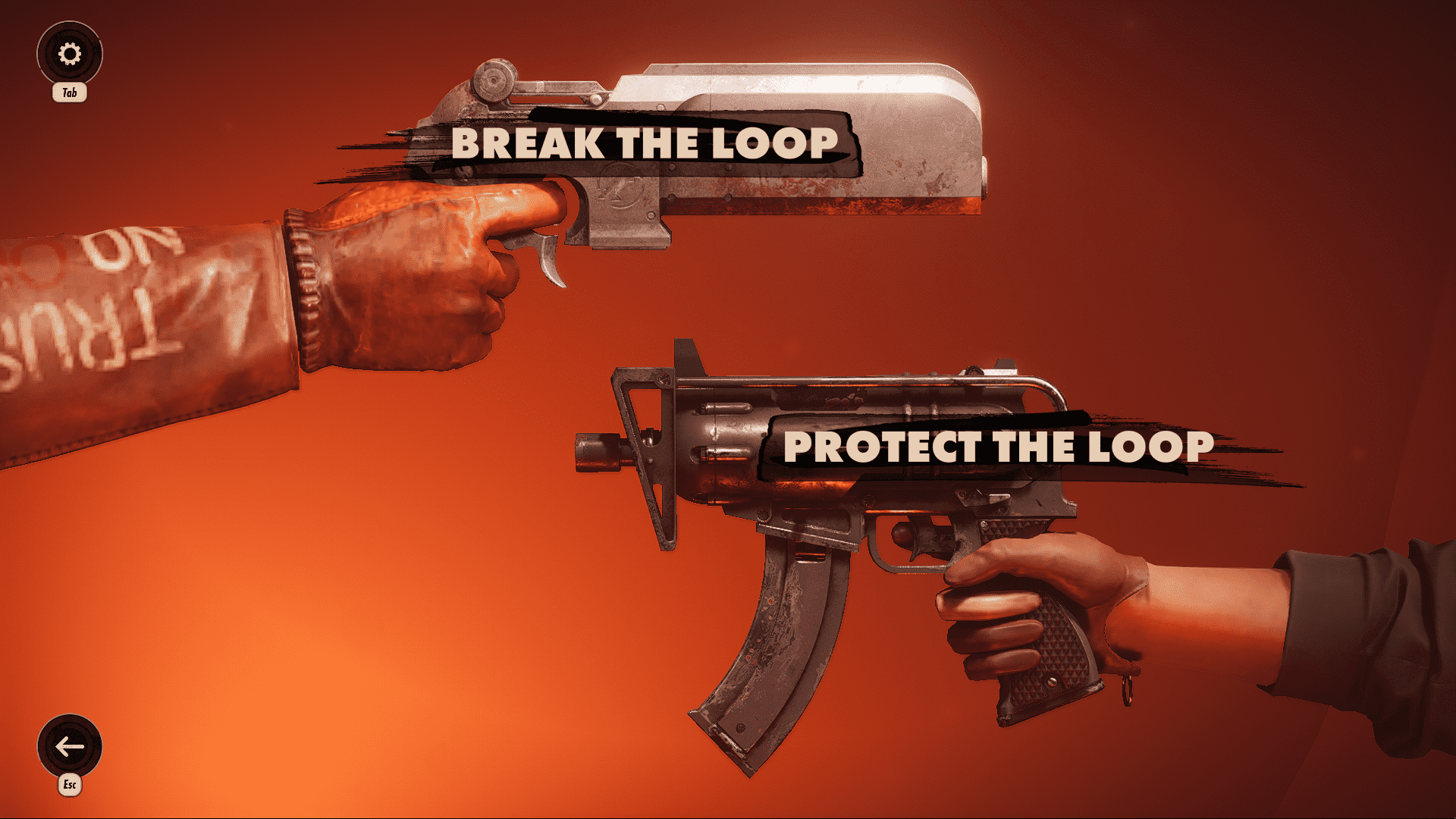 The PVP aspect of Deathloop revolves around this deadly game of cat and mouse. As Colt, you can stop invasions anytime by going Single Player, or limit invasions to your online friends. You can choose to leave it open to anyone, but you’re guaranteed to get sniped from across the map by a 12 year-old across the world. They’re that good, and I’m that bad. 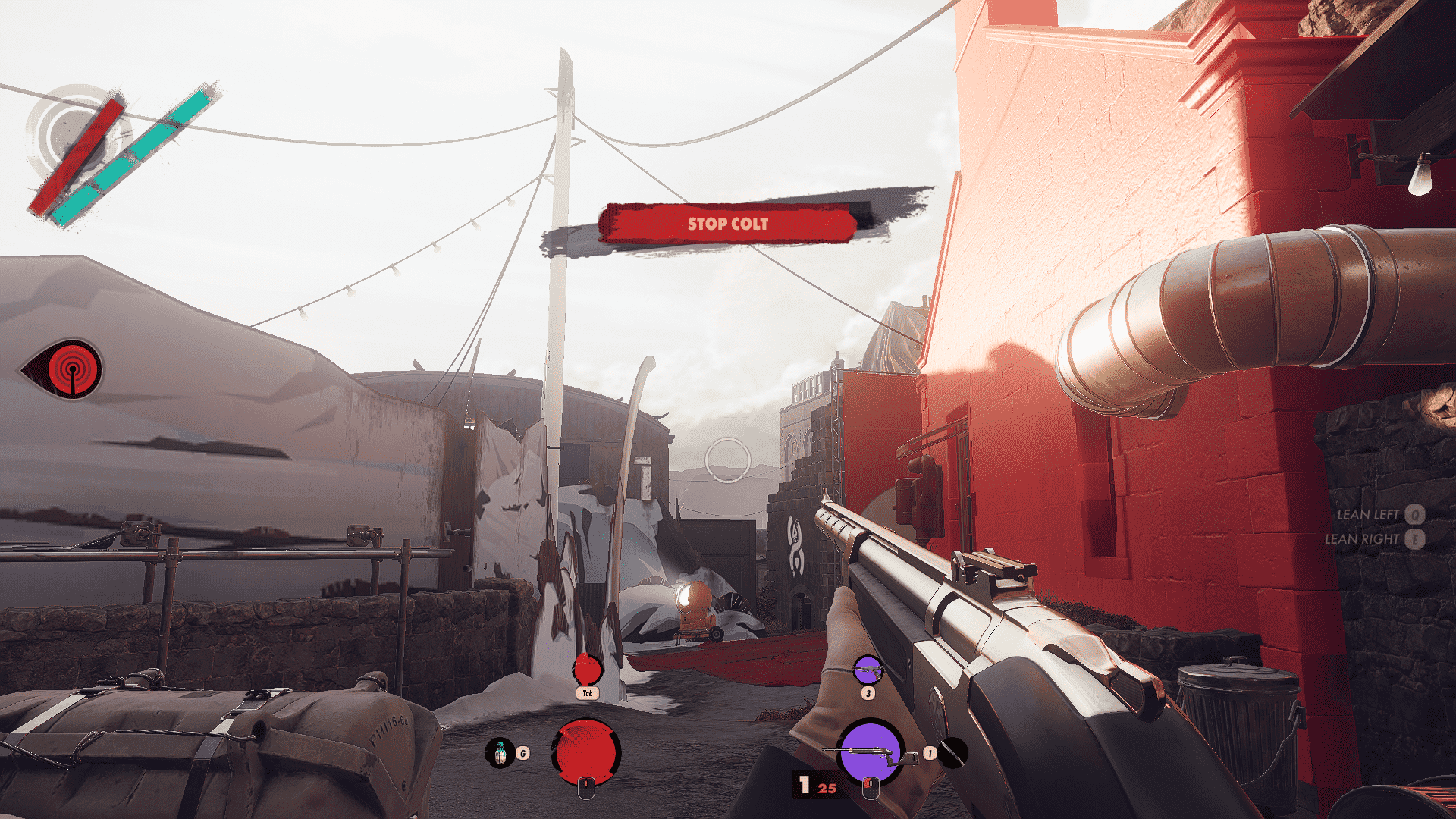 Otherwise, you can hunt players down as Julianna with a specialized loadout and the unique Slab, “Masquerade” that allows you to disguise yourself as the Eternalists around you. It all boils down to how well you know the game, and how good you are in these types of gameplay situations. Even as Juliana, well, let’s say it wasn’t a good time. 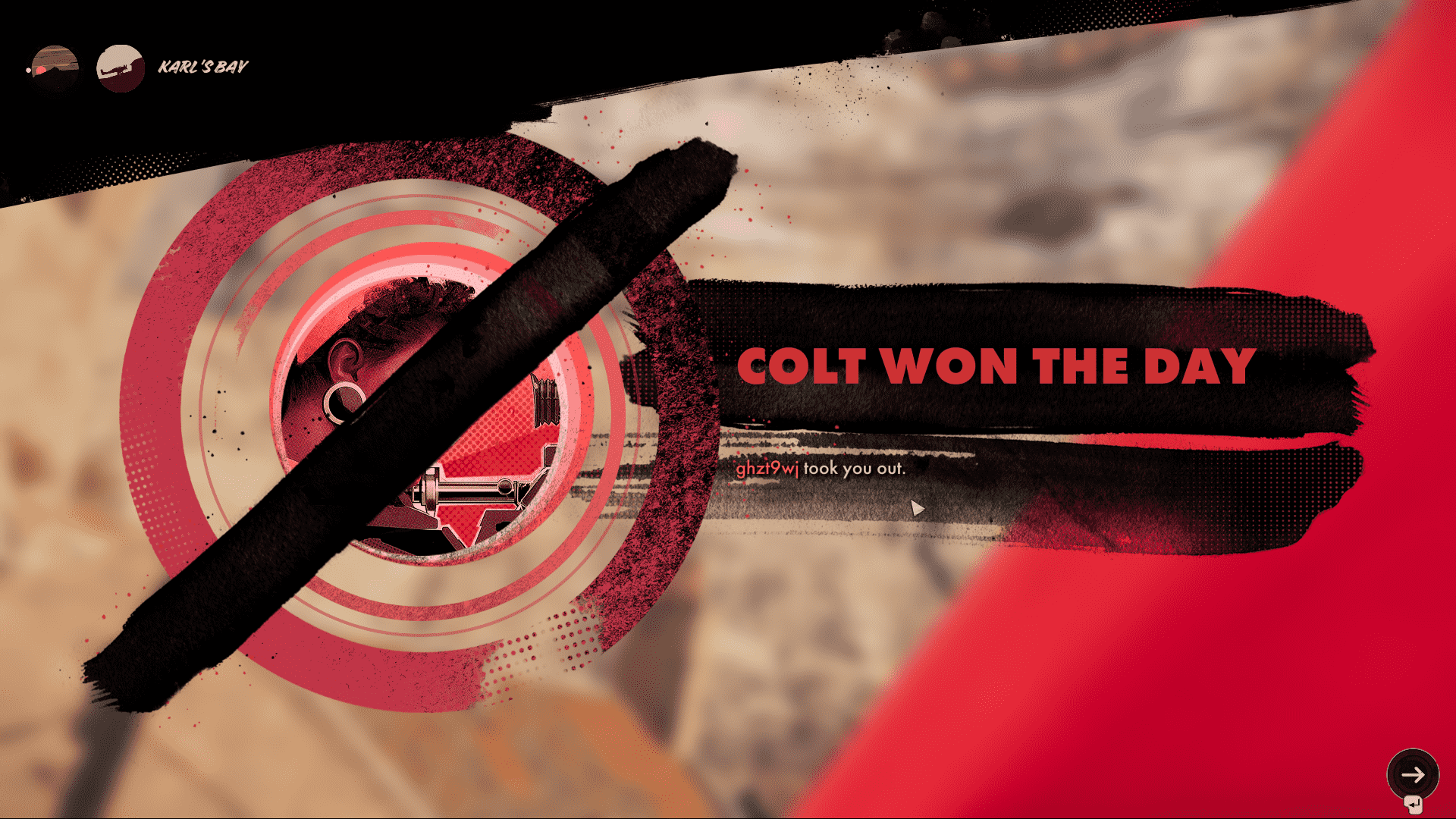 If you’re a competitive PVP fanatic who’s also really good at FPS games, you just might last the day.

The road to make time looping a genre

At this point, time looping has transcended being a mere game mechanic, to defining a game in its entirety. With a good number of titles spanning decades, I think it should be in a league of its own. I mean it has stood the test of time, am I right? 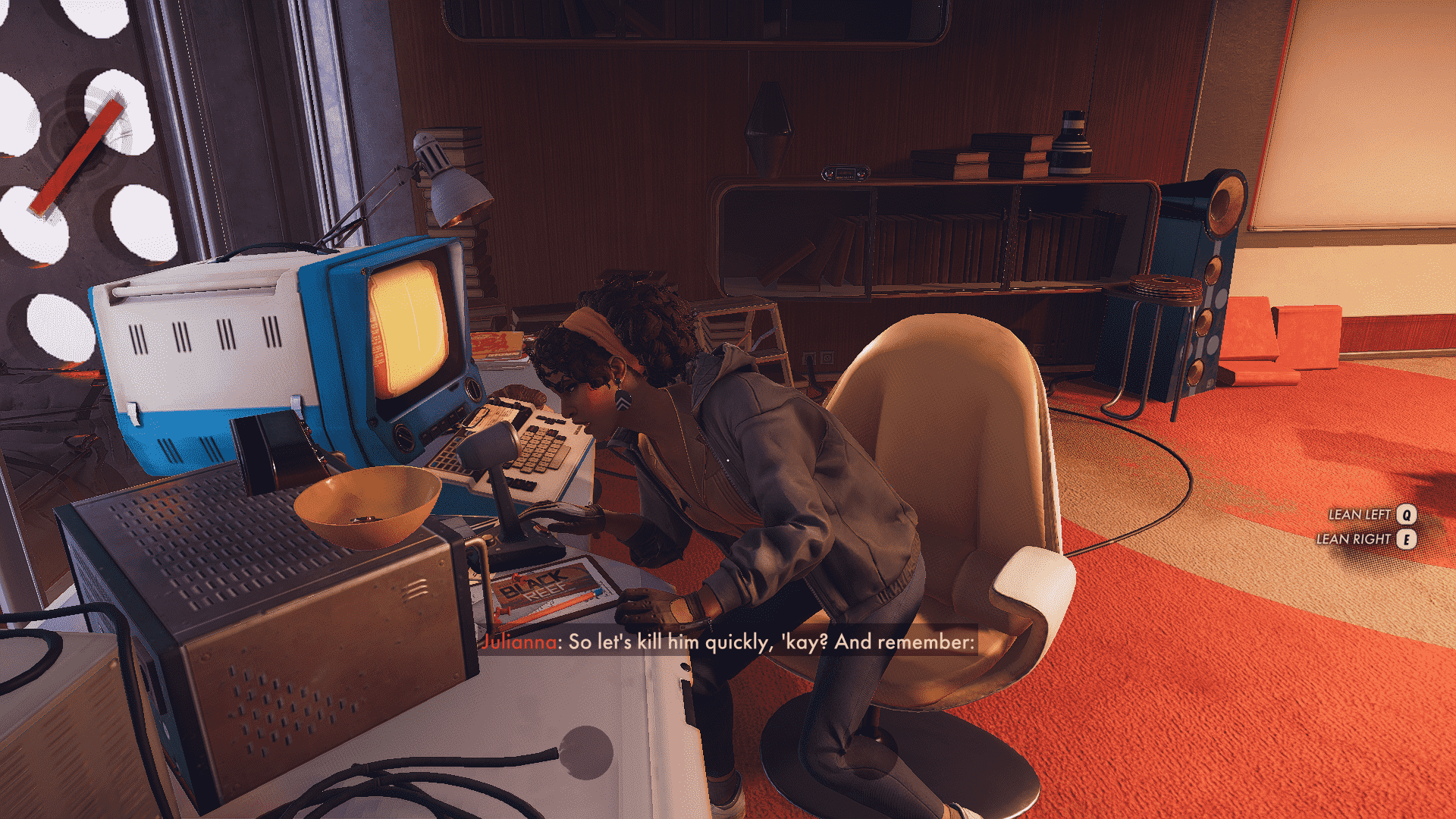 Perhaps, all we really need is a standard-bearer—a prime example. We need a game whose name can be coined to define the genre. Time looping needs its own “Souls-like” and “Metroidvania”, and I believe Deathloop has the potential to be that name.

In essence, Deathloop is a polished game even without the element of storytelling. If it was marketed as a flashy shoot-em-up with a semi-linear plot that incorporates PVP, it would still be a fun time. But once the whole temporal concept was introduced, it became a totally different beast. 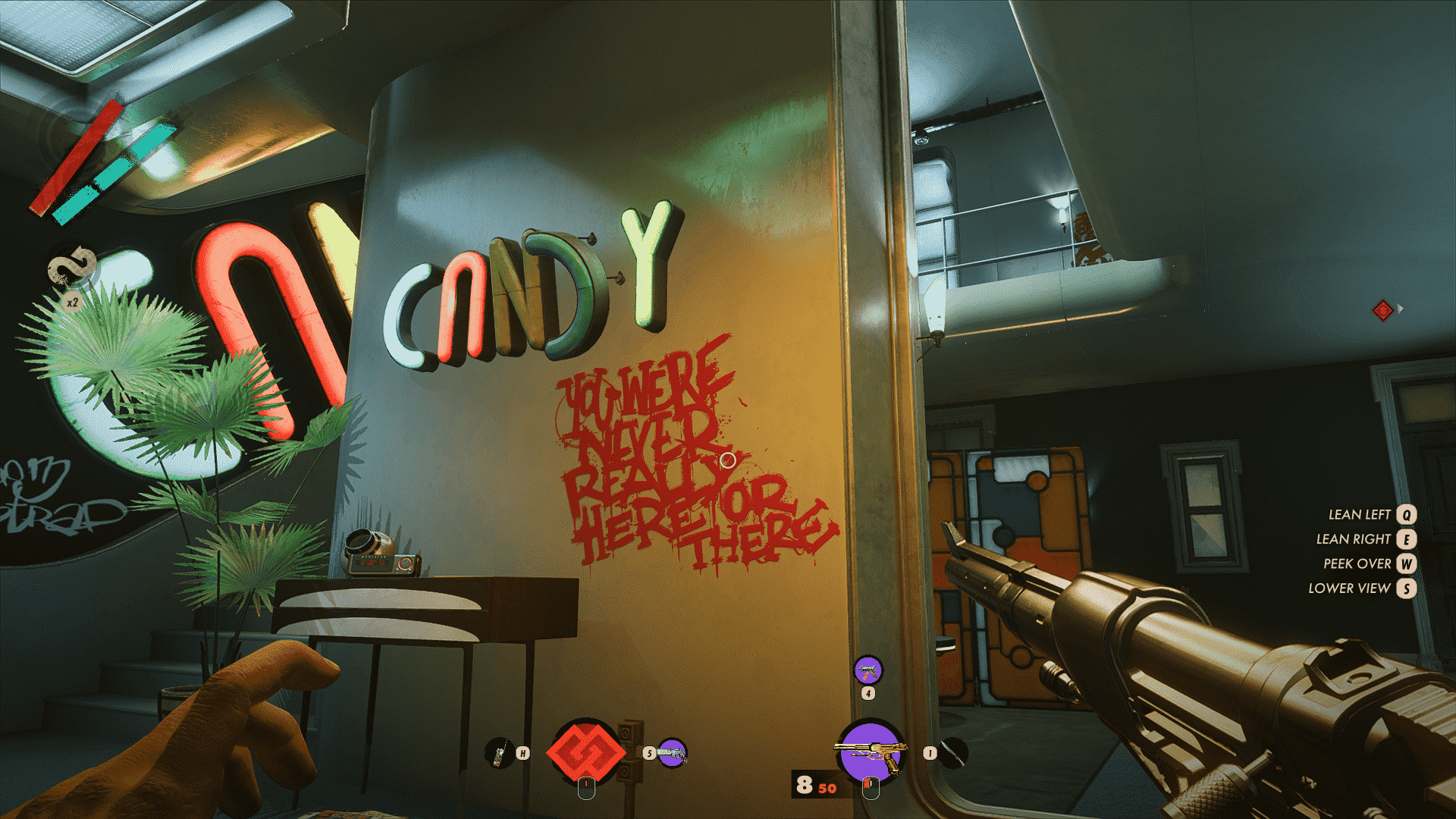 In a technical aspect, I was afraid this game would be the last nail on my laptop’s coffin as I received a “low VRAM” warning even before the game started. Surprisingly, while lacking the breathtaking visuals, I was still able to run Deathloop on medium to high settings, no sweat. For those worried, all is well. As I type this, my desk has yet to burst into flames. Just something to take note of if you don’t own an RTX series GPU. Still, I do appreciate this streamlined experience for lower-end rigs.

The combination of smooth, seamless gameplay, immersive environment, intriguing story, and yes, again, superb voice acting make this game a huge step forward in the time looping genre and gaming in general. By no means perfect, but absolutely something to write home about. 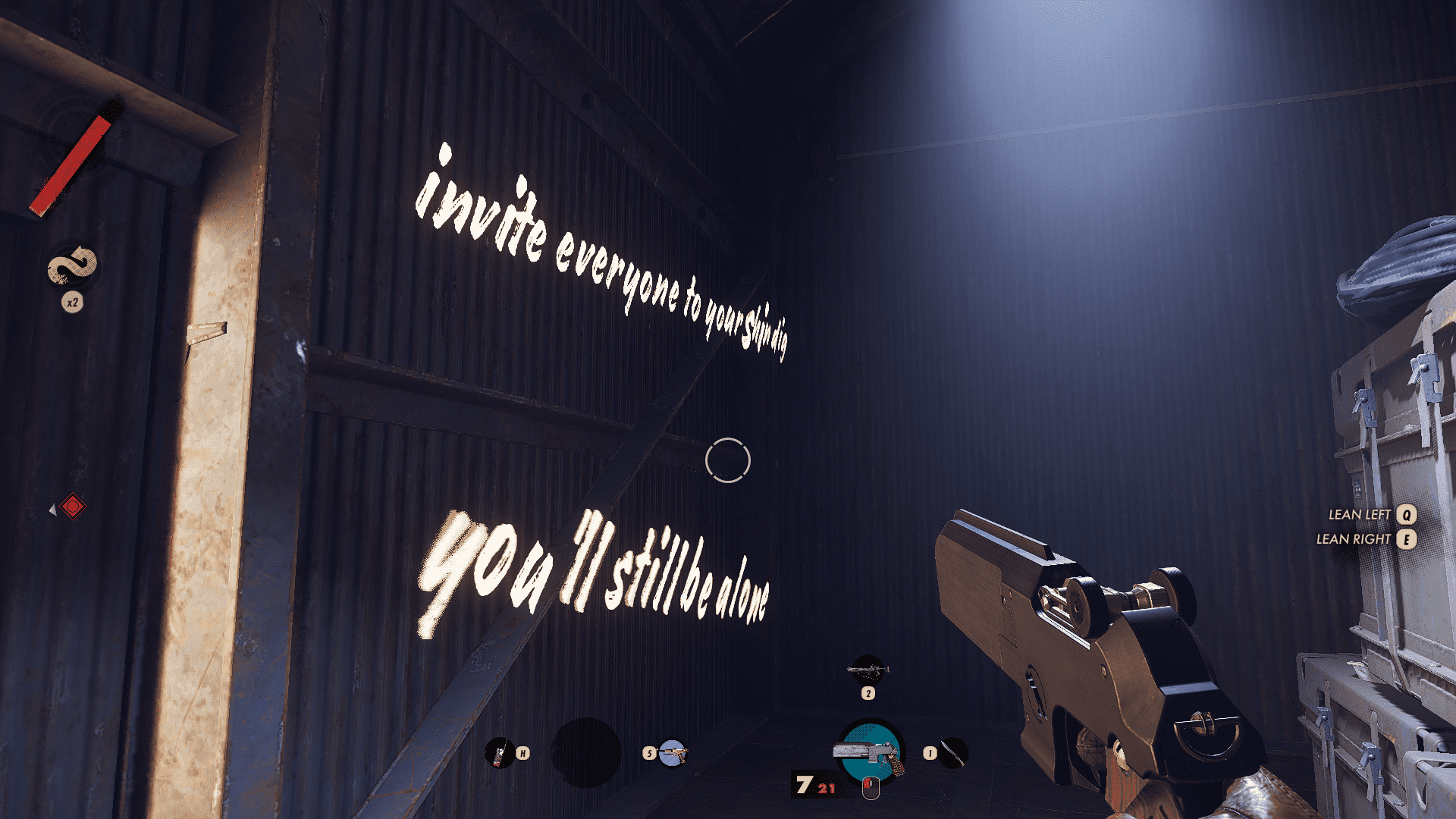 With replayability through the roof coupled with tense, heart racing PVP action, I definitely wouldn’t mind being stuck in a time paradox with Deathloop; and likely, neither would you.

This review was made using a PC code of the game provided by the publisher.

Deathloop's time-bending premise may not be truly new, but its satisfying gameplay, immersive setting, and engaging story make for a game that's definitely a must-play, especially for players looking for a unique single player action game on PC or PS5. Deathloop Review | It’s About Time