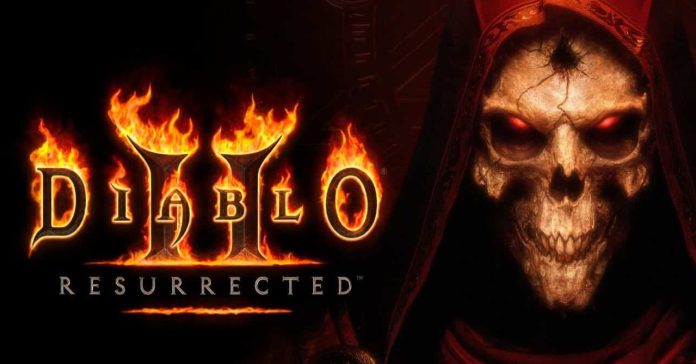 About twenty or so years ago, a much younger, more naïve version of myself (who was equally inept at gaming) fired up the old reliable, dirty white Pentium 4-powered PC to give Diablo II an earnest try. Everyone’s been playing it, so I decided to put Battle Realms down for a while, and try something new for a change. What awaited me was a world of pain, countless hours of frustration, and a rude awakening in terms of how little exposure I had to PC gaming—and I loved every second of it.

Diablo II: Resurrected dropped its full version in late September this year, and after we had a little taste way back in April, I couldn’t wait to sink my teeth into the fuller, more robust smorgasbord of a game that Blizzard had to offer. With age, experience, and wisdom replacing youthful exuberance and the physical capability to sit down and game for 16 hours straight, I was prepared to give the long awaited remaster a different approach. 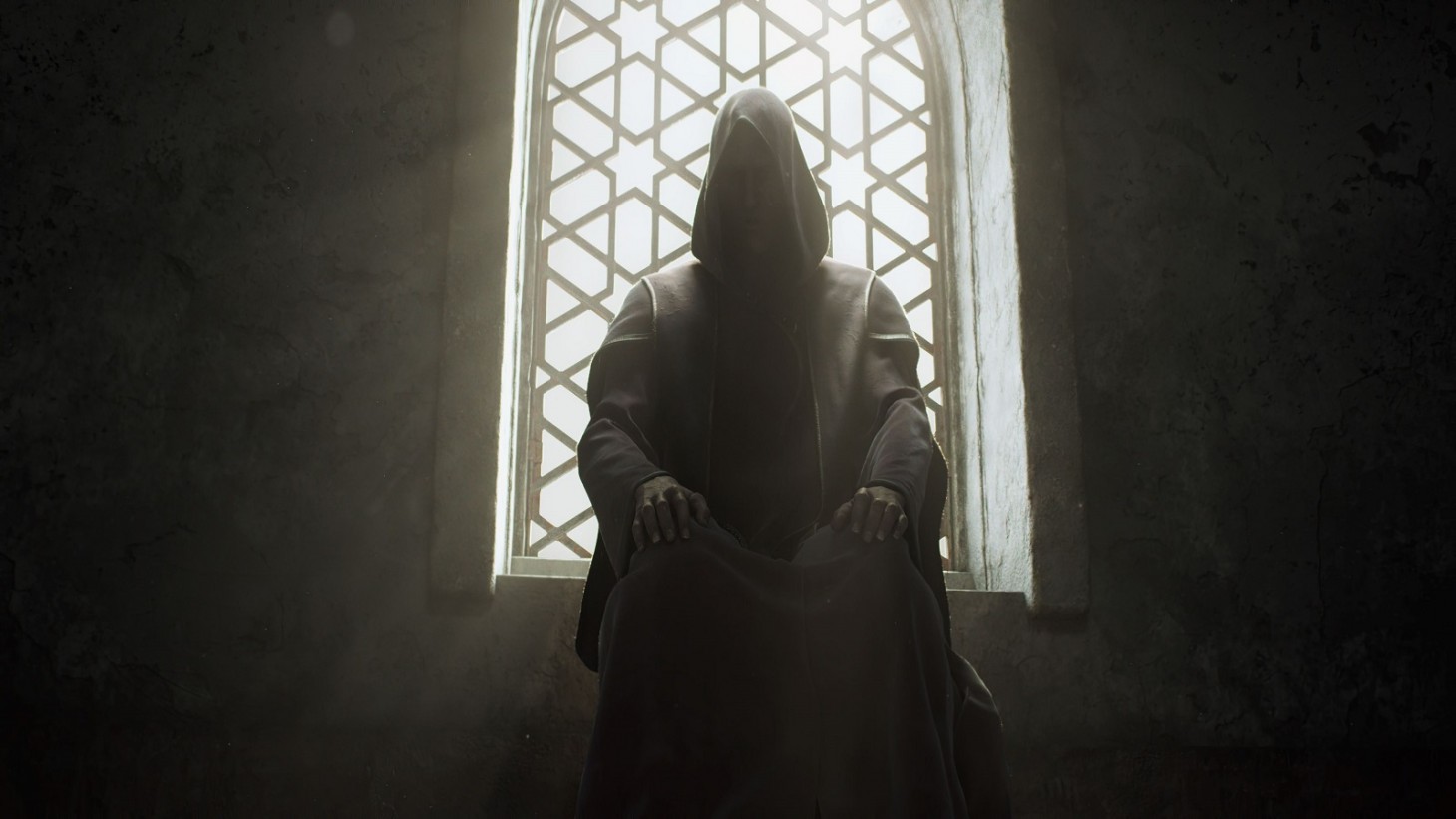 The main story picks up right after the end of the first game. You are the nameless protagonist who must once again seal off an ancient evil and thus prevent the imminent destruction of the world. I know the plot sounds way too familiar at this point, but it’s always been a tried and tested formula, so hear me out. 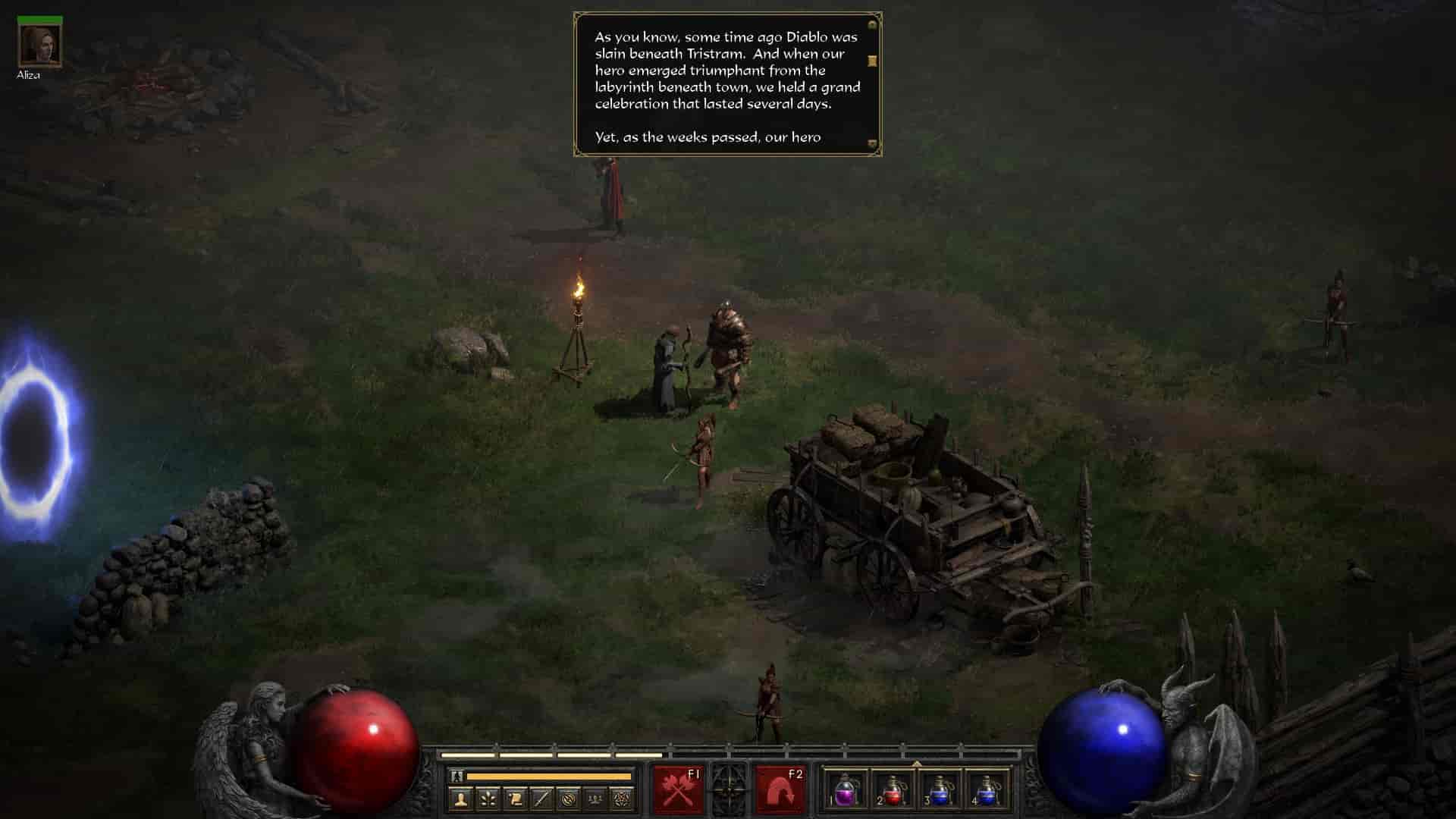 Seven different classes are at your disposal, all with their own set of abilities and playstyles. If being one with nature and the elements is your jam, Druid is the one for you. Looking to go deus vult on every baddie with or without a pulse? Go Paladin and go hard. If the kill-zone is what you’d consider a safe space, you might want to give Barbarian a whirl. If you’re a camper in your favorite FPS, then go Amazon (no judgment here). If being the life of the party means dealing with no life at all, try out the Necromancer. Sorceress means single-target blasts and nukes for days. If you love that, you’ll love her. Lastly, for crafty, cunning, players who dig an intricate playstyle, going Assassin offers an early game challenge that punishes you for going gung-ho. Whichever one you choose, you have ample time to get accustomed to each playstyle, and a free stat and skill reset early on, so don’t sweat it. 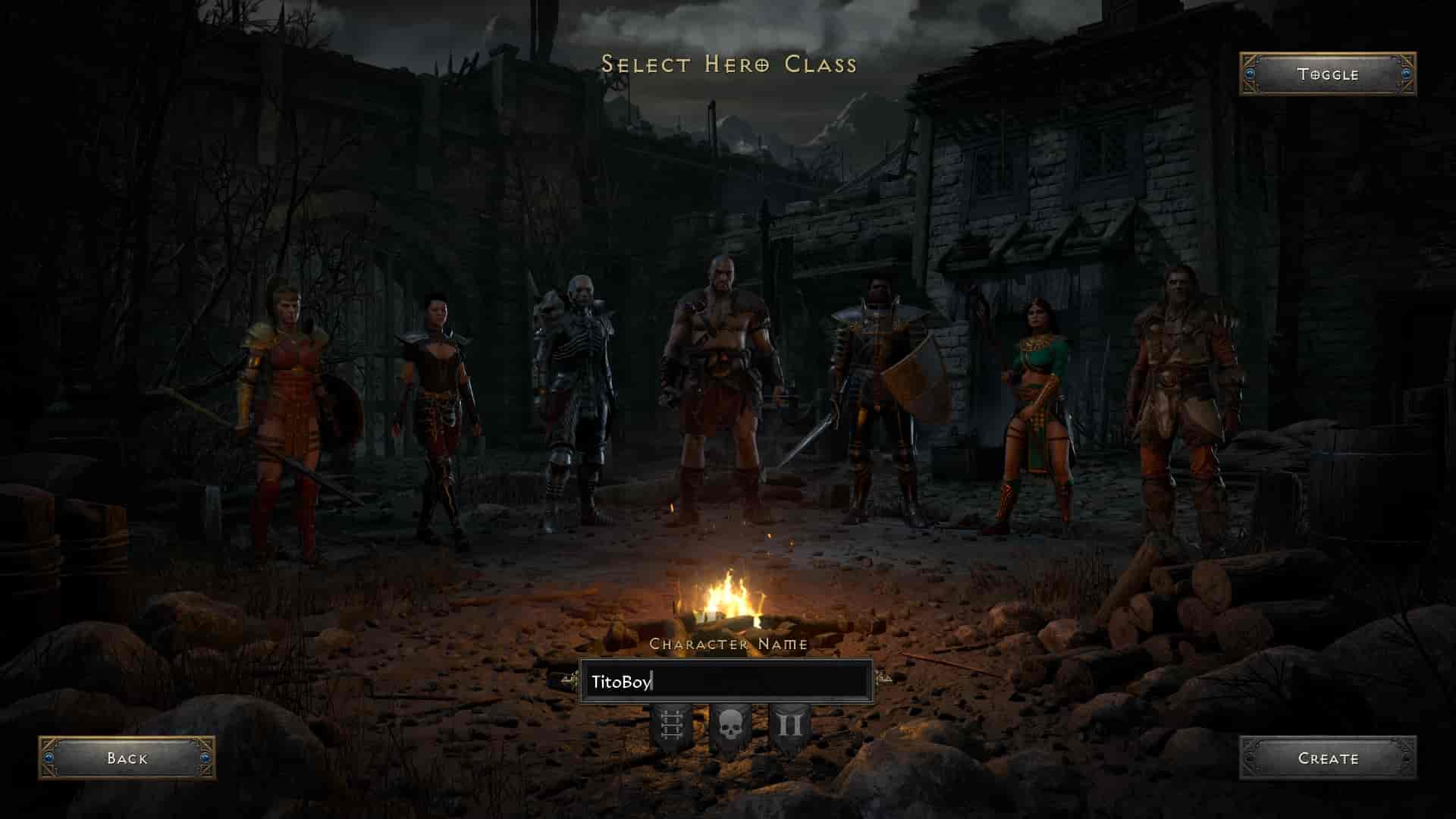 You’ll have a chance to explore, experiment, and familiarize yourself if you’re picking this game up just now, and seeing it with fresh eyes. The plot itself stayed the way it always has been, because why fix what isn’t broken? What you get is more or less, a frame-by-frame retelling of an old story but with a fresh coat of paint (more on that below). And if you’ve ever played or at the very least seen gameplay of the first two Diablo installments, you’d see what I mean. It’s an enjoyable, semi-linear plot that doesn’t faff about. For veterans, well, it’ll be like revisiting a childhood hangout spot, only to discover that it now has wi-fi and air-conditioning—familiar, just way more enjoyable.

Being the remaster that it is, Diablo II: Resurrected is straight-up gorgeous. It keeps that old school map design and isometric point of view, while giving it a fresh coat of pixels. With no installment in the core series for almost a decade, and Diablo 4 not coming out anytime soon, this is the perfect game to satisfy that drought and never-ending hunger for new content. Speaking of updated visuals, the cut scenes were remade from scratch, and there’s no way to compare them to how they looked in the first Diablo 2.

The designs for playable characters and enemies alike are polished and detailed, and while they’re far from what you’d see in triple A games, they’d never look out of place in this generation’s gaming landscape. The environments and lighting set the tone and mood as you shift between quests. From grasslands, to caves, to dark, claustrophobic catacombs, the game provides a good level of immersion with how much attention to detail it has. If you’ve played this kind of game before you’d know how random the encounters can become. This gives you a better chance of facing new enemy types each time you decide to revisit a certain area. 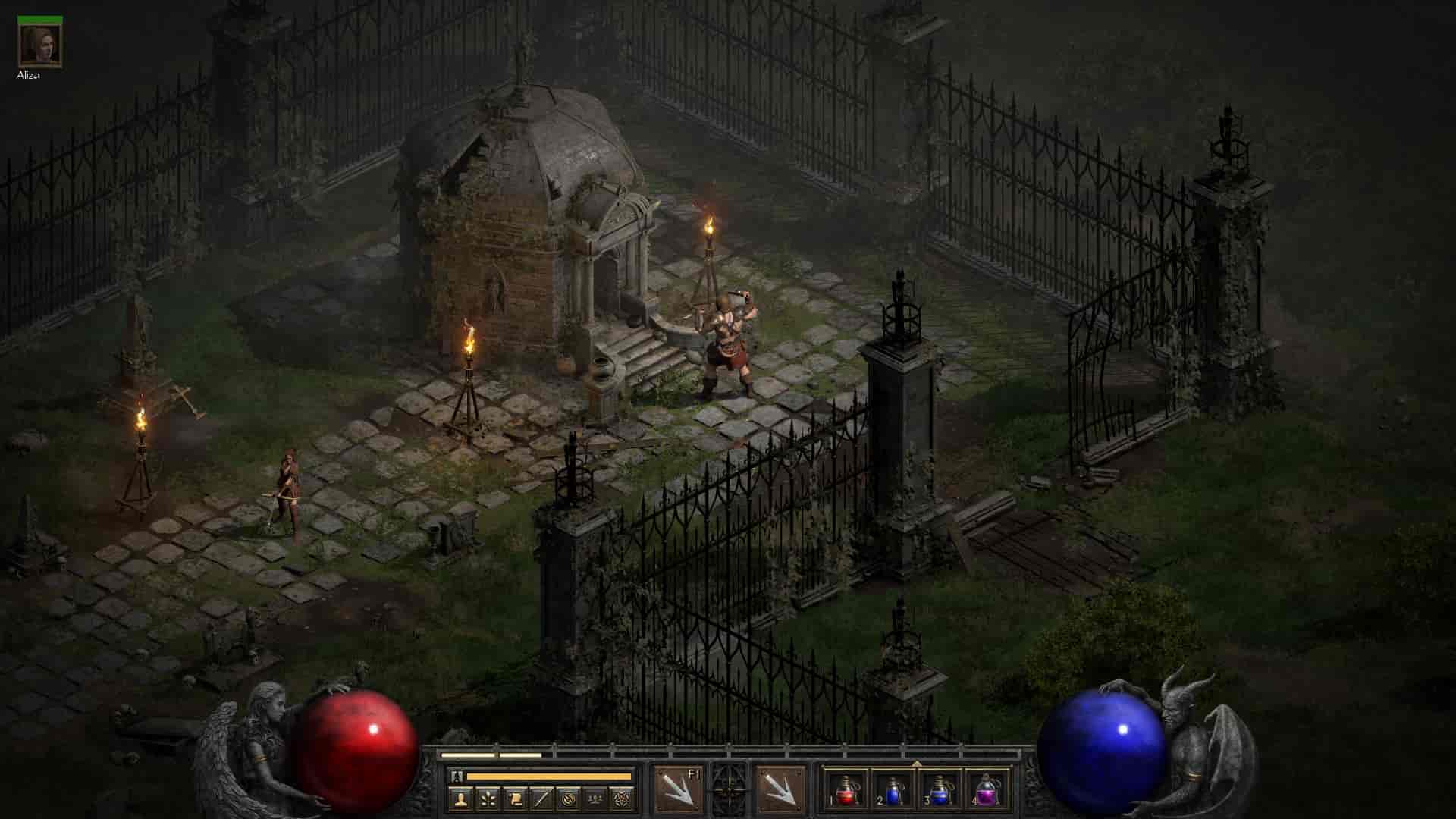 Playing on the PC version, I’ve also come to notice how streamlined the quality of life features have become. They’ve kept the design for the tooltips and various windows the way they were, but made everything feel less clunky and burdensome. The overall aesthetic might seem out of place or even dated for newer players, but the simplistic HUD and minimap that covers almost your entire screen are the essence of the early Diablo series. Navigating through your character, skills, and quest menus, and managing your items can be done through a few hotkeys without a hitch. It’s quick, it’s seamless, and it makes life easy when you’re wondering whether you need those 69 healing potions or not. Nothing gets too overly complicated. 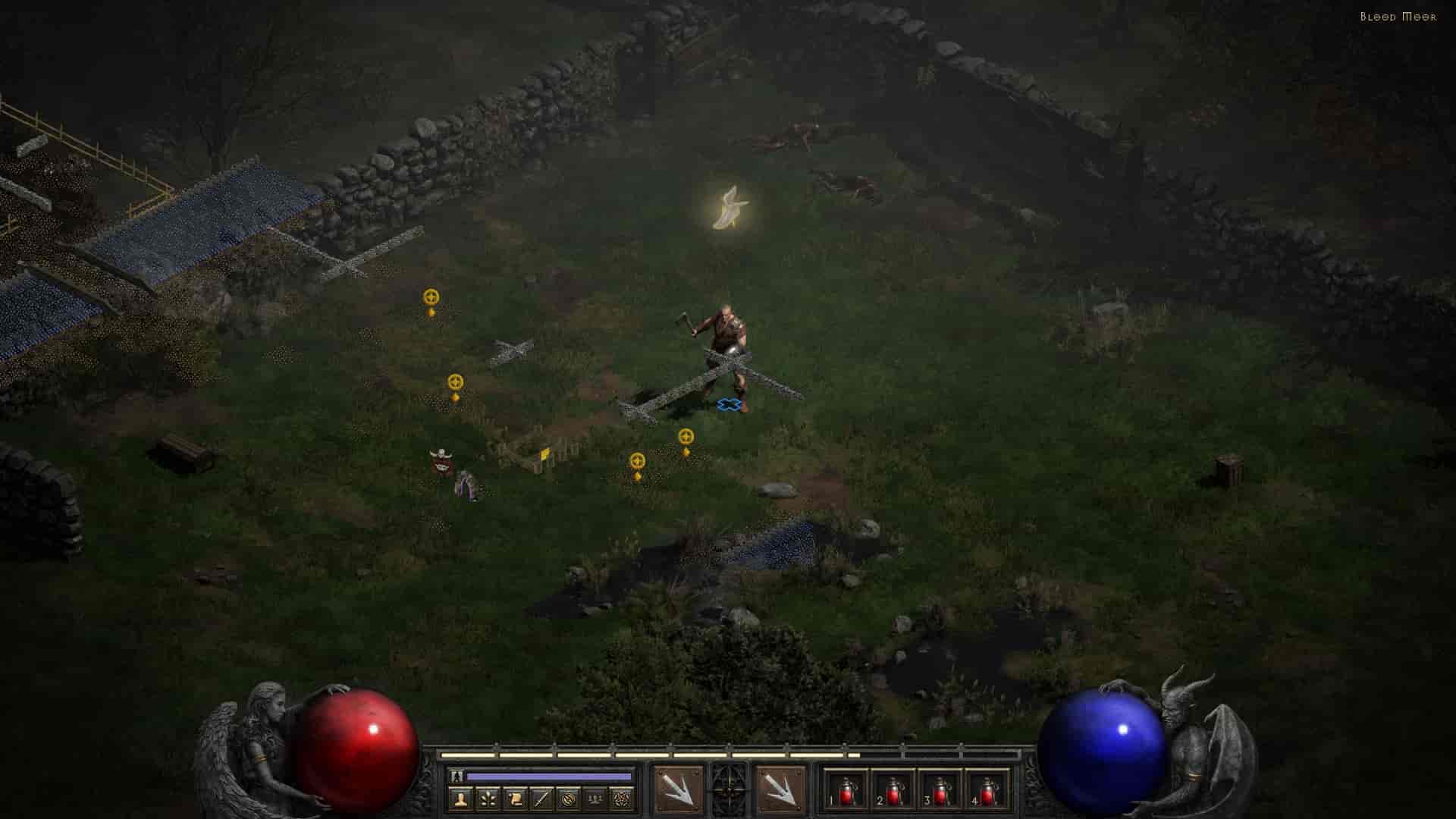 A well-oiled machine with a few kinks

I could go on and on about how I enjoyed both my online and offline playthroughs, but that would span longer than my actual playtime. We need to get down to the meat and potatoes. Diablo II: Resurrected is a fine remaster of a classic game. It checks all the boxes when it comes to what to leave and what to change. That being said, like any retelling of a game out there right now, it’s not without its hiccups. These could all be legitimate bugs and glitches that need to be worked on, or isolated incidents based on the fact that my gaming machine is slowly devolving into a baked potato. Either way, we need to talk about them. 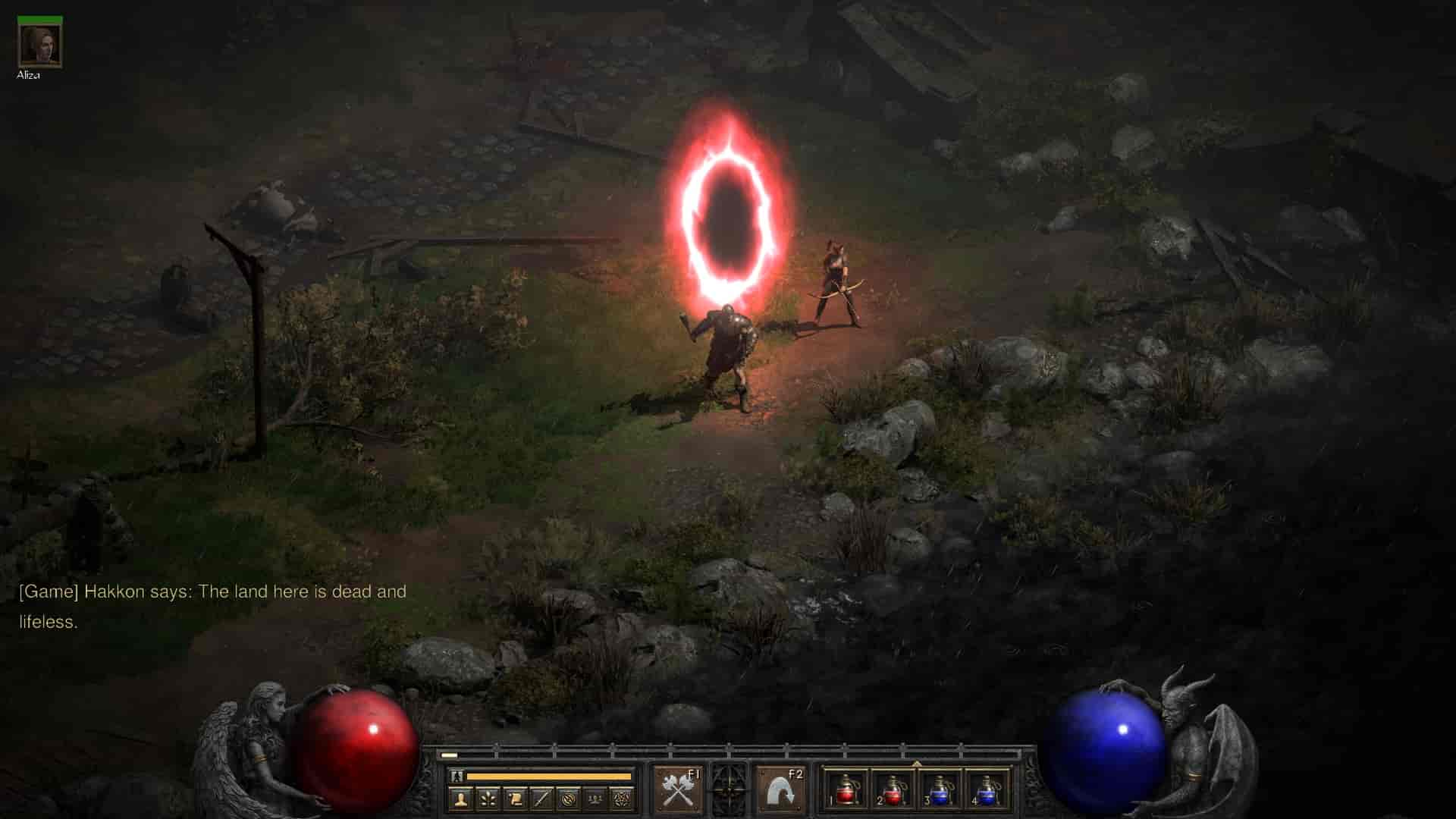 I stumbled upon my first problem even before I started the game. The loading time right after title screen suffers from a certain amount of lag where parts of the audio loop for a few seconds which prolong the loading time before you’re greeted by the character creation screen. At first, I thought this was because I had 5 other apps and windows open, which was foolish enough on my part. However, even running the game with no other windows open, and on window mode still gave me this problem. This was very strange, given how smoothly the game runs after that long pause of looping choir music, completely cloaked in darkness with a small flaming Diablo logo at the bottom right. It was unsettling, not because of the music (okay, maybe A BIT because of the music), but because I don’t recall this happening in the open beta. 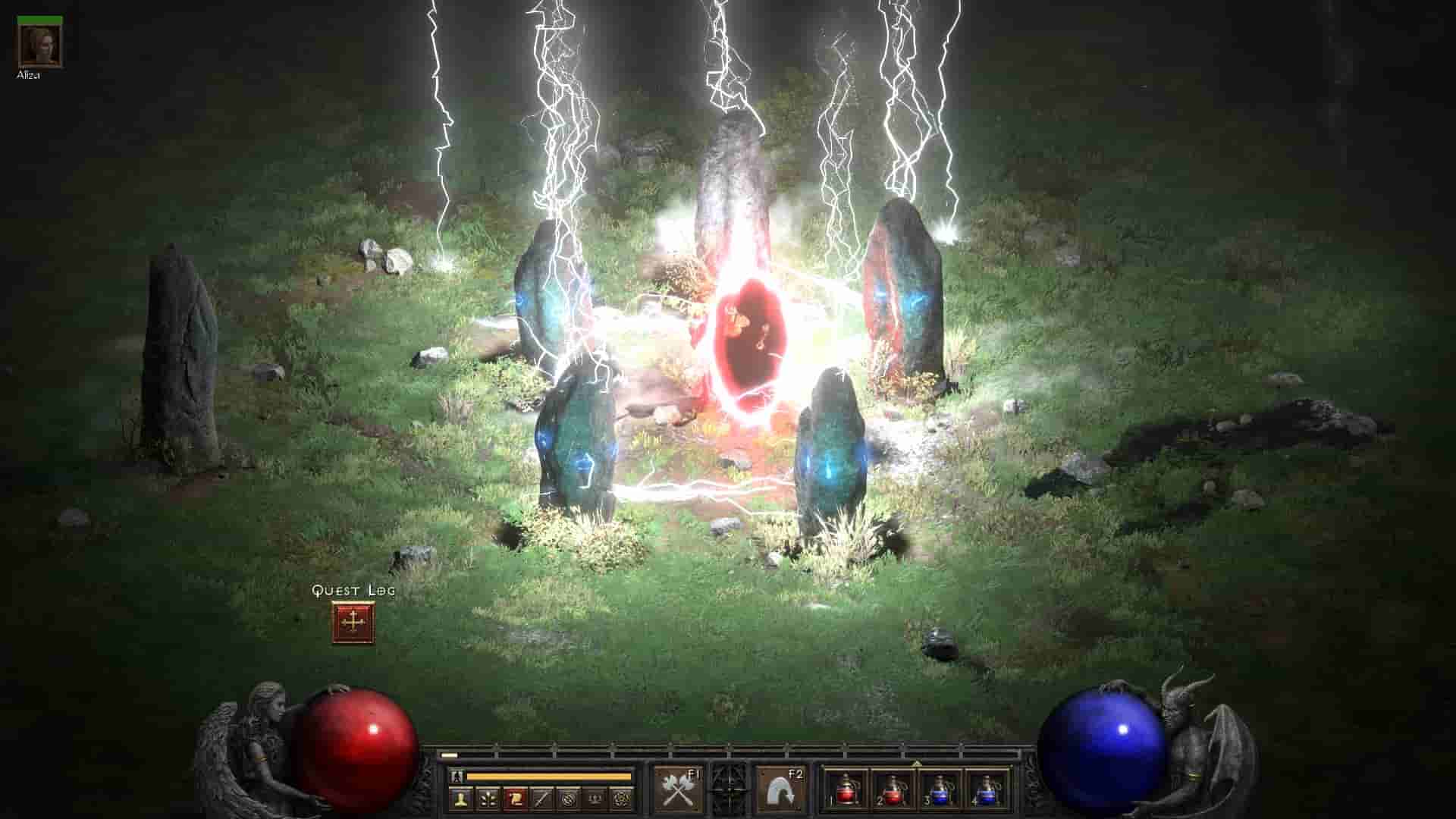 My second encounter was when I acquired my first Rogue mercenary. I finally had someone to accompany my big, scary barbarian on his big scary journey. I was looking forward to that long ranged support. I was even more stoked when I lucked out on a rare bow that I couldn’t use. This basically made her out-damage me, and from across the screen. Well, I would’ve kept all that excitement if she didn’t just randomly disappear or get stuck in a corner every now and then.

This usually occurs whenever I’d go inside a small structure or sprint too fast for her to catch up. This, of course, immediately gets rectified whenever I enter a new area, or use a scroll of town portal. There she is again, just running around like she never left me. How cruel.

My first problem could very likely be on my part, while I have faith that the second one can be easily fixed with a new patch. Either way, they don’t take much away from my enjoyable experience from the game. The waiting time in the beginning can be tedious (and spooky), and my mercenary missing out on combat experience is a bit of a hassle, but they don’t ruin the game overall. It’s been less than two weeks since the full release, and I’m looking forward to how Blizzard will manage these minor setbacks. 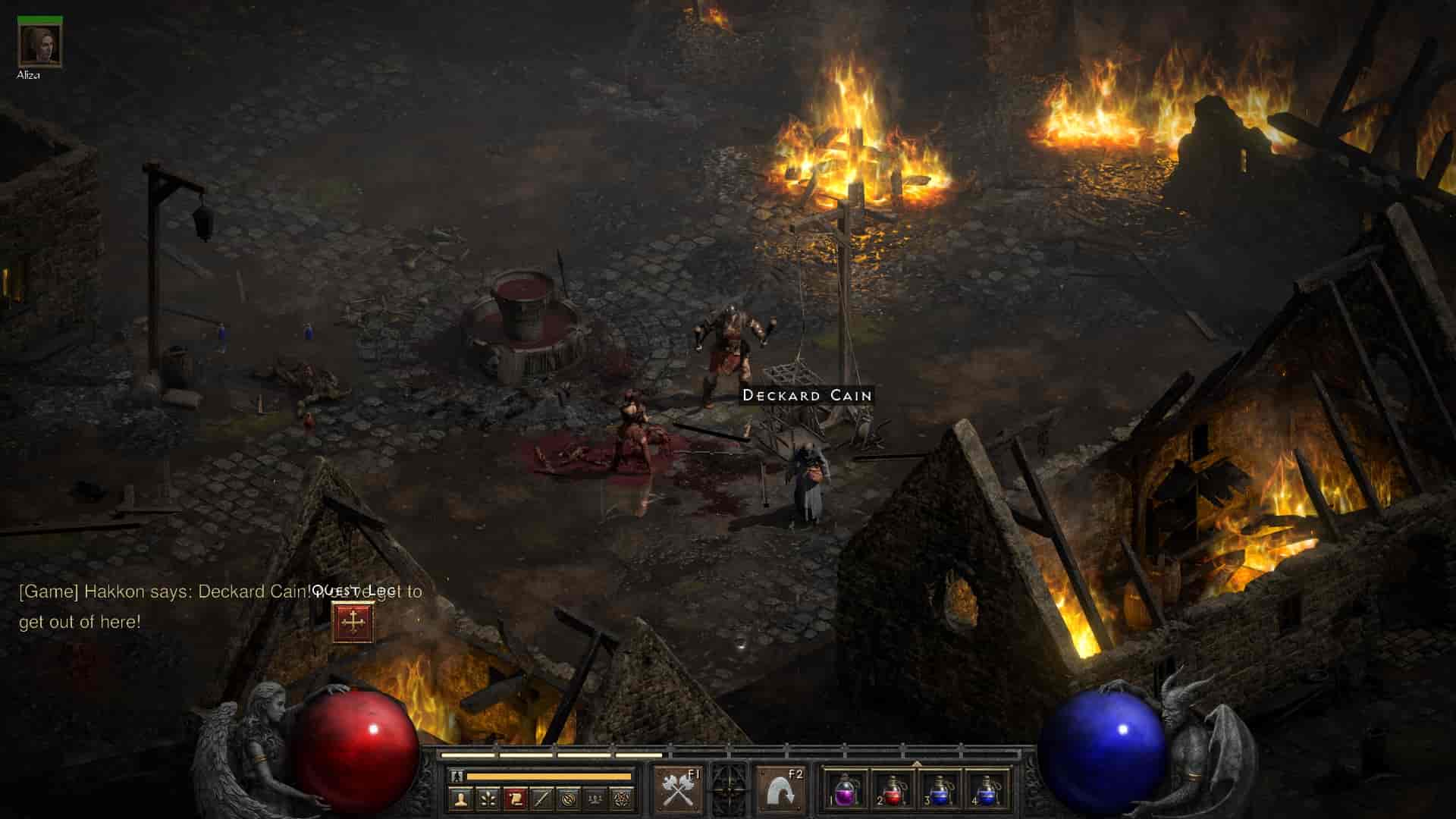 Diablo II has stood the test of time. Up until last year, you’d still see plenty of people indulging in this twenty year-old game. While it hasn’t reached Left 4 Dead levels of active longevity, it still has a community that’s alive and well.

With its remaster, we’re hoping to see a resurgence of players, both new and returning. Playing the game on a modern machine that doesn’t use dial-up internet is quite the experience I wish I had before. Problems can be worked on, and what’s good can be made even better. Given how things are right now, there’s no way to go but up. With a good amount of open games on the server, and a solid offline experience complete with all the bells and whistles, Diablo II: Resurrected can definitely live up to the reputation, fame, and timelessness of its predecessor. Now, all we have to do is the exact same thing we’ve been doing before Resurrected came to be.

Diablo II: Resurrected Review | The Remaster we (mostly) DeserveDiablo 2 is a classic for a reason, so it's no surprise that Diablo 2: Resurrected provides a great experience as it's plays almost exactly like the original, but with a fresh coat of paint. While there are some technical issues at the time of our review, the overall experience is not hampered too much.