DOOM Eternal gets a Horde Mode in latest update 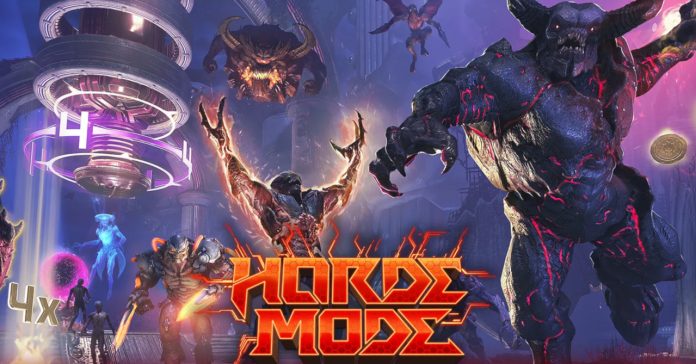 Bethesda has just released Update 6.66 for DOOM Eternal, and it includes a new Horde Mode, as well as other enhancements.

As its name implies, the Horde Mode in DOOM Eternal is a challenging, arcade-style experience that lets players battle wave after wave of demons across three missions from DOOM Eternal and The Ancient Gods.

Here’s a quick rundown of how Horde Mode works:

Aside from Horde Mode, Update 6.66 also brings several new enhancements, one of which is the BATTLEMODE 2.0. This enhanced version of DOOM Eternal’s 2v2 game mode features a new streak-based Ranking System with rewards and matchmaking, leaderboards, a new Arena: Stronghold, and the new Dread Knight playable demon.

Finallly, players looking for a challenge can take on two new Master Levels, namely the Mars Core and The World Spear. These Master Levels let players face off against remixed demon encounters. Take note though, the The World Spear Master Level is only available to players who own The Ancient Gods – Part Two.

For the full patch notes of Update 6.66, visit the official Bethesda website.