Here are some tips to get you started in Far Cry 6! 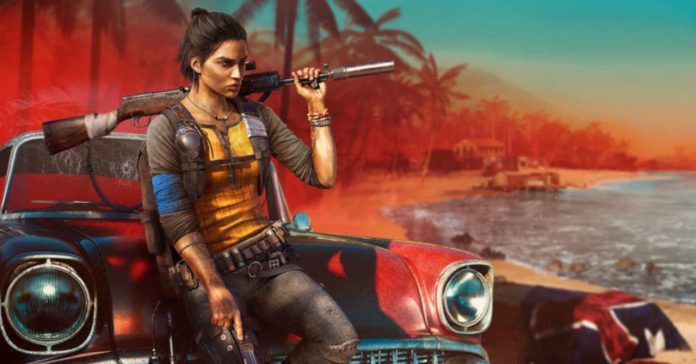 Far Cry 6 is here, and we’re stoked for anyone who’d dare venture into the depths of Yara with the intentions of ending Anton Castillo’s reign of tyranny. You’ll be in our thoughts and prayers.

But before you go all gung-ho, we need to make you’re you’re prepared for the task at hand. The journey will be arduous, much blood will be spilled, and you’ll likely sink many hours into your Ubisoft Connect account, so allow me to help you acclimate to the game’s with this Far Cry 6 Beginner’s Guide which includes tips that will you get your bearings.

Grab everything. Spare nothing

Notice all those scraps scattered along the wayside? See that shelf full of recyclable materials right beside an armored guard? Did you catch a glimpse of those drums of gasoline that are a bit out of the way since you’re on auto-drive to the next location?
Grab them. Grab all of them, by any means necessary. 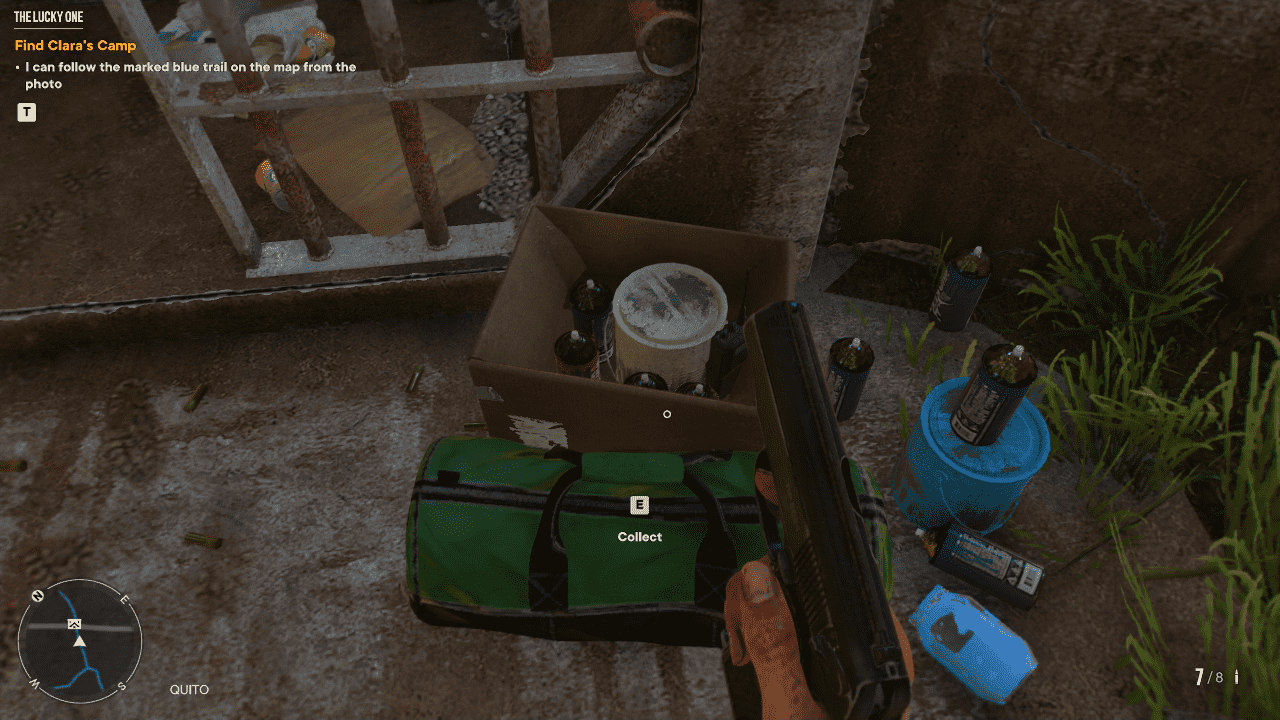 I don’t mean to trigger the possible hoarding packrat in your psyche, but getting as much raw material as you can early on will work wonders in customizing and upgrading your arsenal as you progress through the story. The workbench will be your best friend all throughout the game, so treat it nicely by giving it the scraps that it demands. Keep this in mind, because Yara’s military won’t show you that same level of kindness.

Oh, and speaking of customizing and upgrading your arsenal…

Your first couple of weapons could be your last, if you so desire

Let me talk about two reliable weapons in your arsenal: two weapons that are given to you for free right after you save Juan Cortez in your first mission. So, just how good can these freebies be? 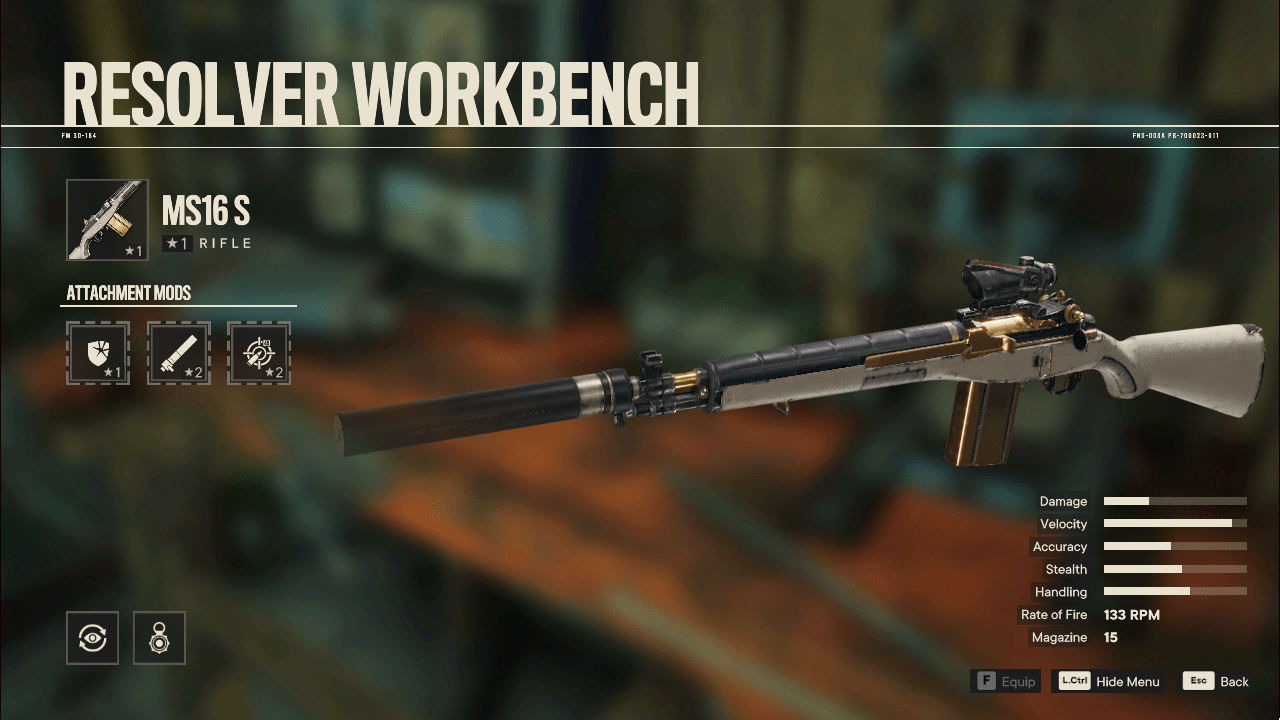 The MS16 S is the second primary firearm you’ll receive, and won’t be gathering dust anytime soon…unlike your first. A 15-round rifle receives a huge boost in its bullet velocity once you mod it with armor piercing rounds. Don’t worry, Juan Cortez will give you that mod for free. The fact that it’s semi-automatic with relatively easy handling makes it an effective long-range weapon, and great stealth option with a suppressor mod. 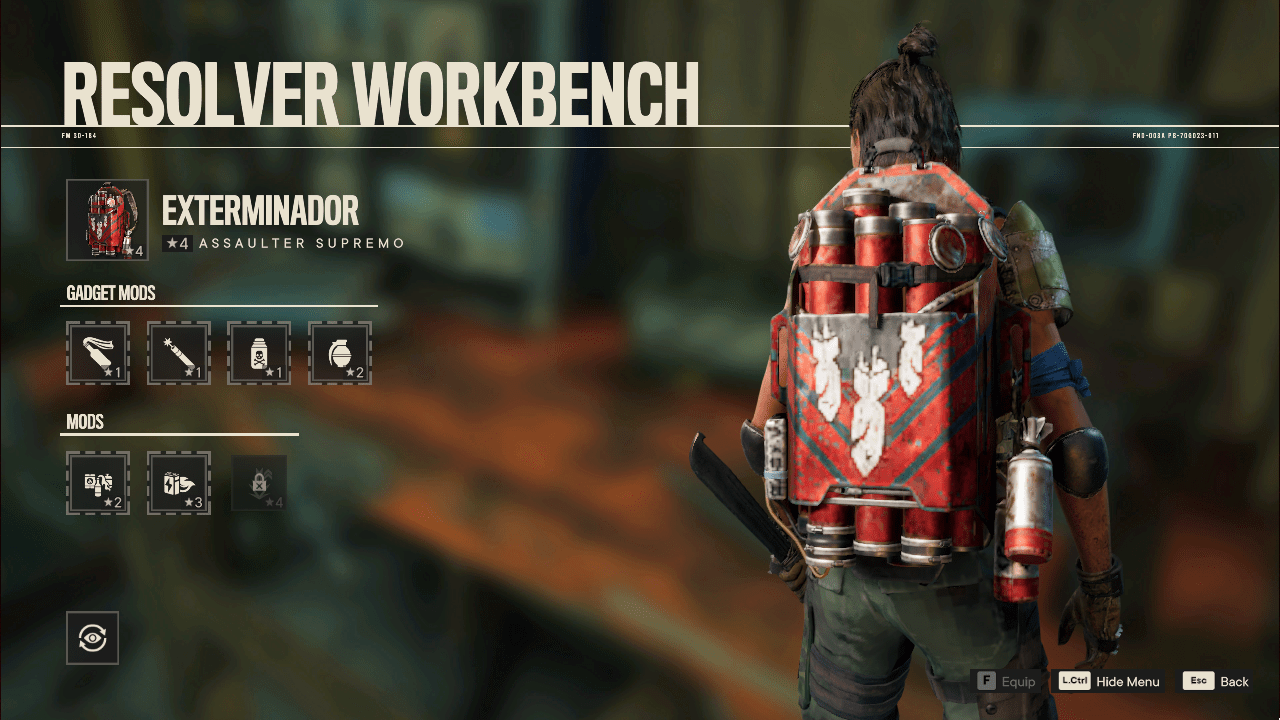 There will be many Supremos, all with different colors, flavors, and uses. But the Exterminador is your first one, and could be your numero uno. It’s a straightforward war machine with no frills and no nonsense. Just activate it and watch soldiers including their vehicles, just vanish from the face of the earth. It’s also a pretty effective “get out of jail” card when you’re surrounded and need to regroup. The Exterminador’s Supremo brethren provide different quirks, perks, and buffs, but compared to raw, indiscriminate damage, they’re basically fluff. Could my opinion be a hot take? Maybe. Explosive? Definitely.

So, you’ve done a bit of exploring, stolen a couple of horses (because cars are overrated), and had a few brushes with Yara’s patriot patrol. Notice anything? Spraying and praying doesn’t do jack.

Landing proper headshots is the way to go. With armor-piercing rounds, any soldado, regardless of rank, goes nighty night. Forever. 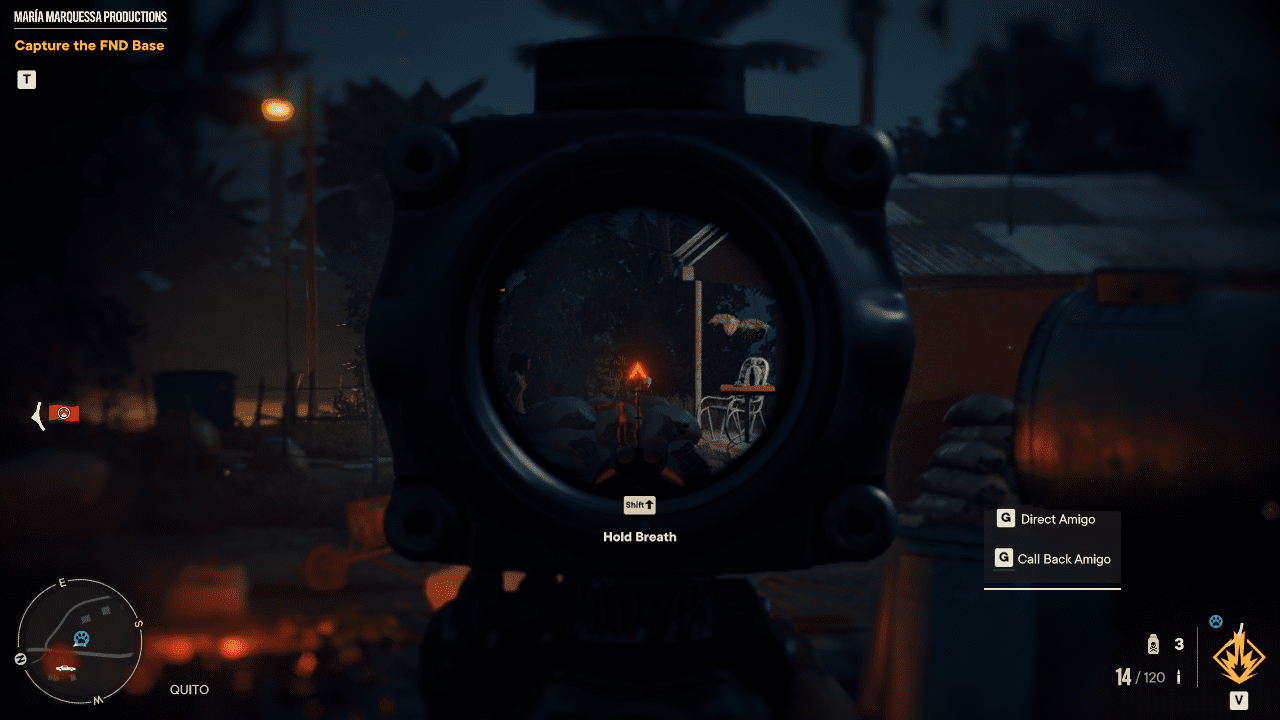 The only challenge lies in how many of them are coming at you, so equipping a suppressor and sniping them from afar is a good approach. If all else fails, press V to pay Supremo respects.

The camera is for more than just selfies

You’ll have the camera right off the bat, and while it mostly serves as a side item before your real missions start, it becomes an effective reconnaissance tool for those who prefer a more tactical approach instead of just going in guns blazing. 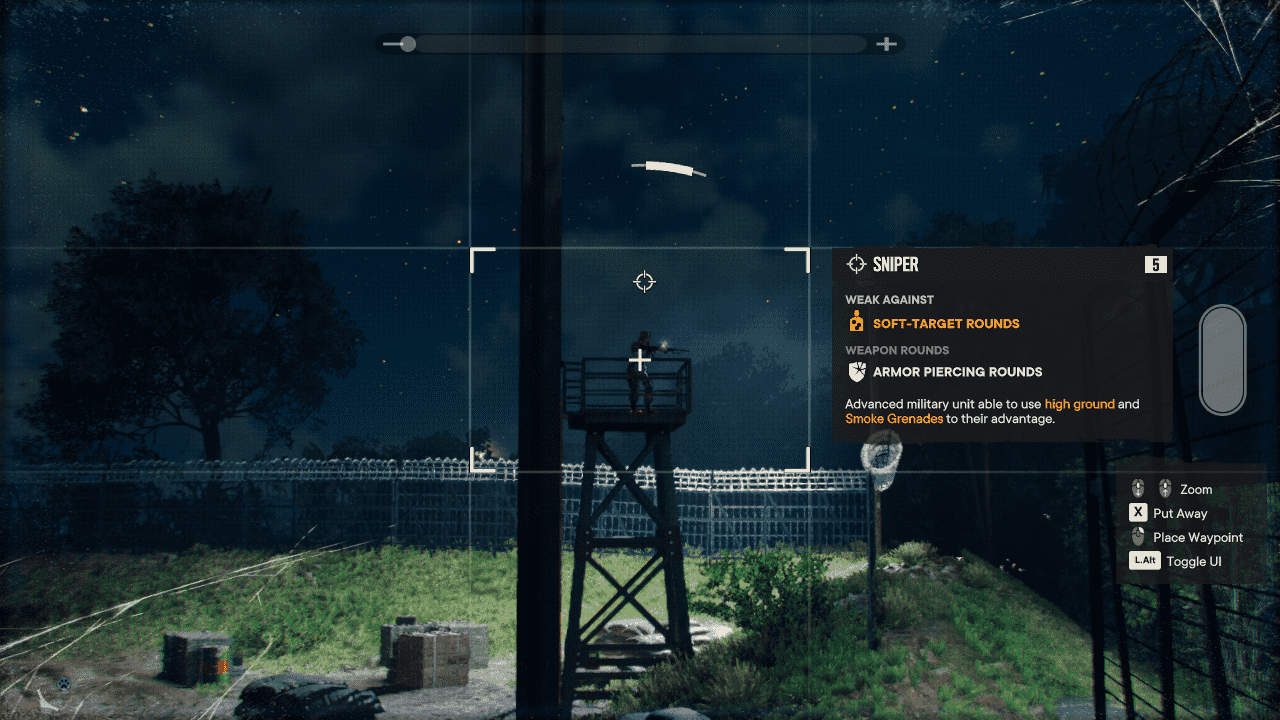 You’re able to mark targeted soldiers, vehicles, and even wildlife should they appear on your screen. It’s effective way to decide your loadout, and plan accordingly before raiding and capturing military checkpoints and bases.

Rescue hostages so they’ll report to you

You’ll be amassing a guerilla army of your own later in the game, so just keep that in mind. Early on, though, captured hostages will give you valuable intel, like locations of military caches, Libertad crates, and army bases and checkpoints you can claim. 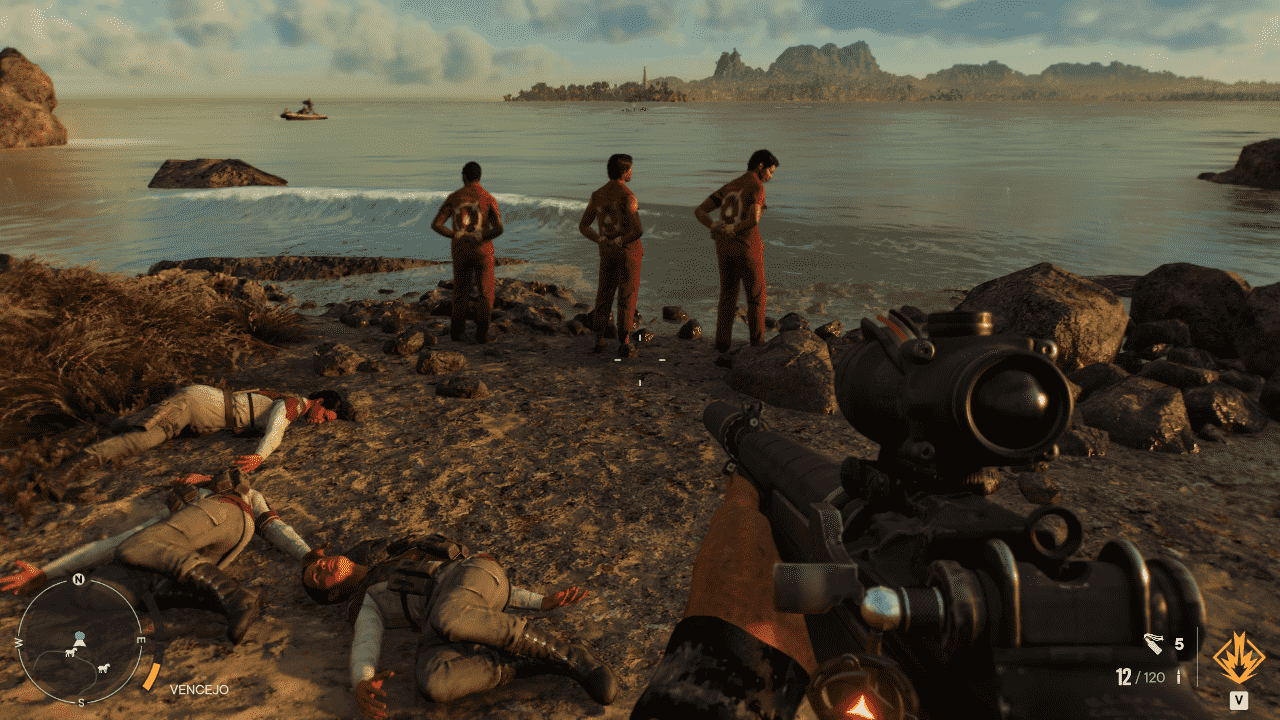 It also helps that once you free them, they rob any nearby dead soldier of their gun and start shooting with you just in case any reinforcements arrive. Viva la revolución, indeed, my dudes.

Hunt for crates, save your currency

I know it may seem tempting to just buy all the shiny and hip drip that you’ll see in the guerilla stores, but I highly advice against it. It would be best to save that money for higher rarity items later on that would otherwise cost you an arm and a leg. Instead, look for those sweet, blue Libertad crates. 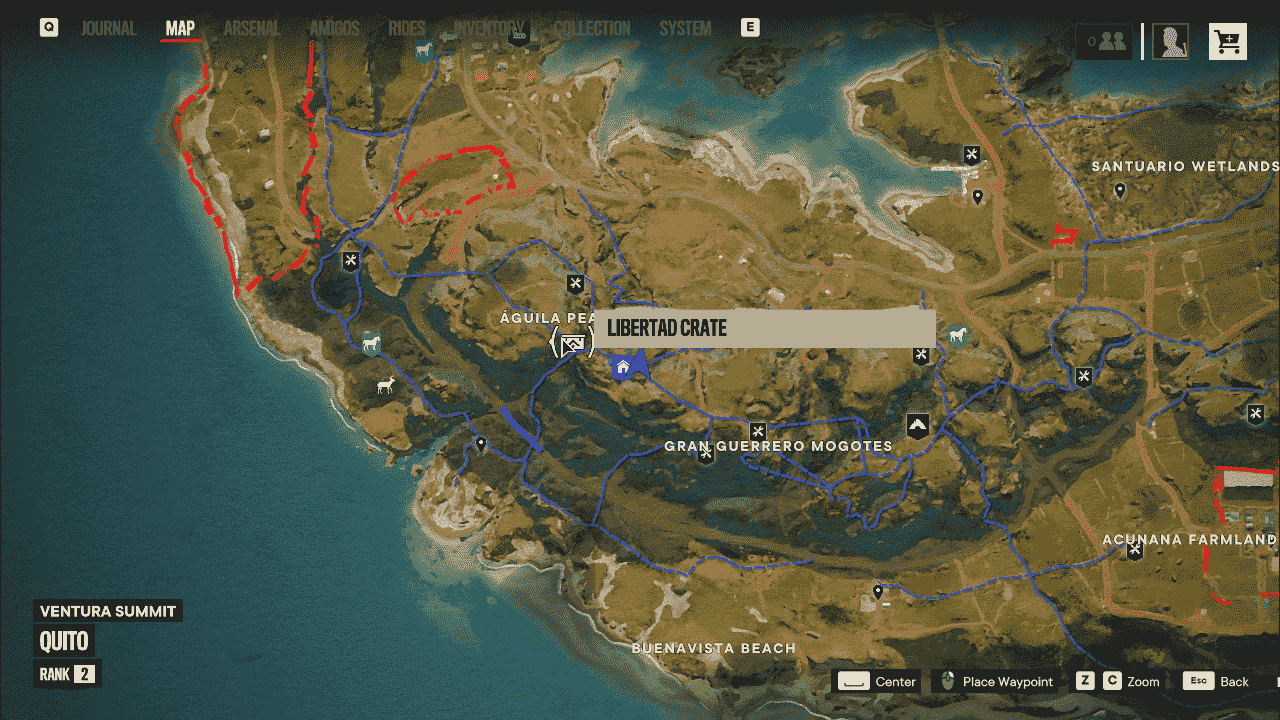 Also, the main reason why you don’t need to spend anything this early is because you’ll get full sets of armor from the Libertad crates scattered across the island. You can use this method up until the later parts of the game. 3-star gear will be more difficult to acquire, but still don’t require any spending. 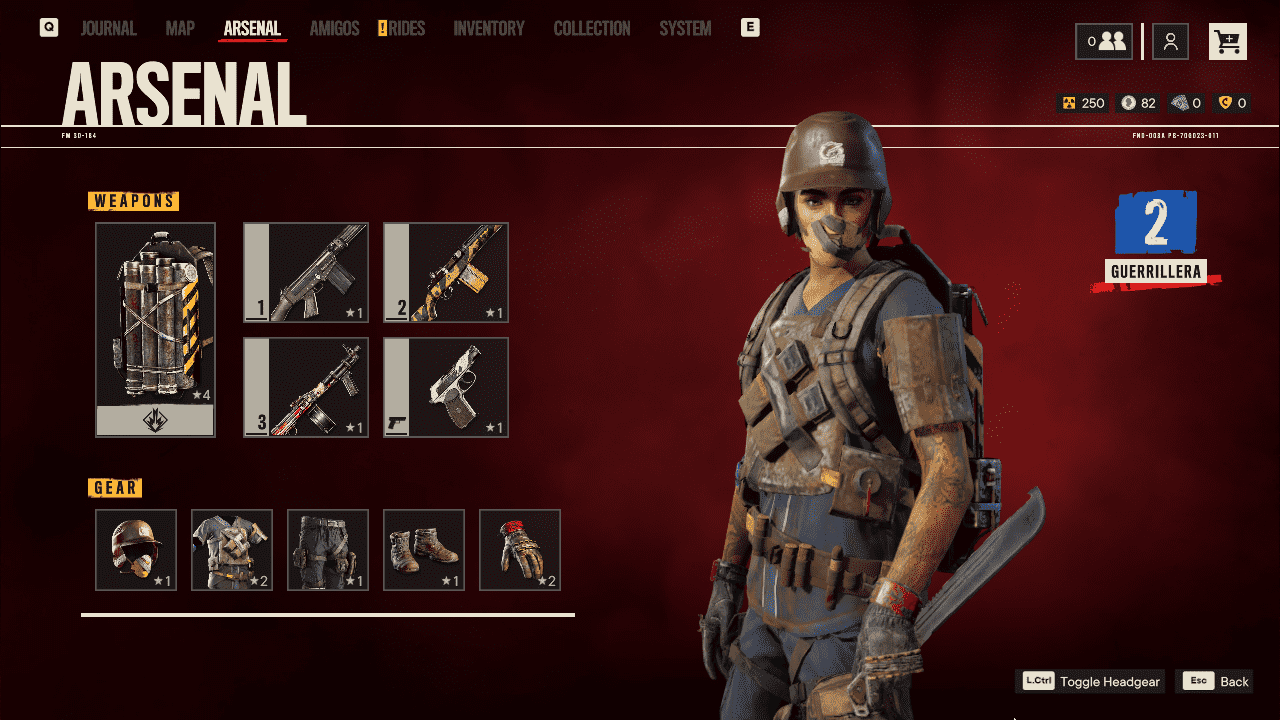 So, next time you witness a hostage situation at the side of the road, get off your (quite literal) high horse and help citizen out. They might just be happy enough to tell you about their secret stash.

Let Guapo do the heavy lifting.

Oh, Guapo, sweet Guapo. You’re the best thing to ever happen to us before Chicharron and the amigos from the DLC. You’re fast, resilient, and you come back to life after a mortar shot to the face. We love you, dear crocodilo. 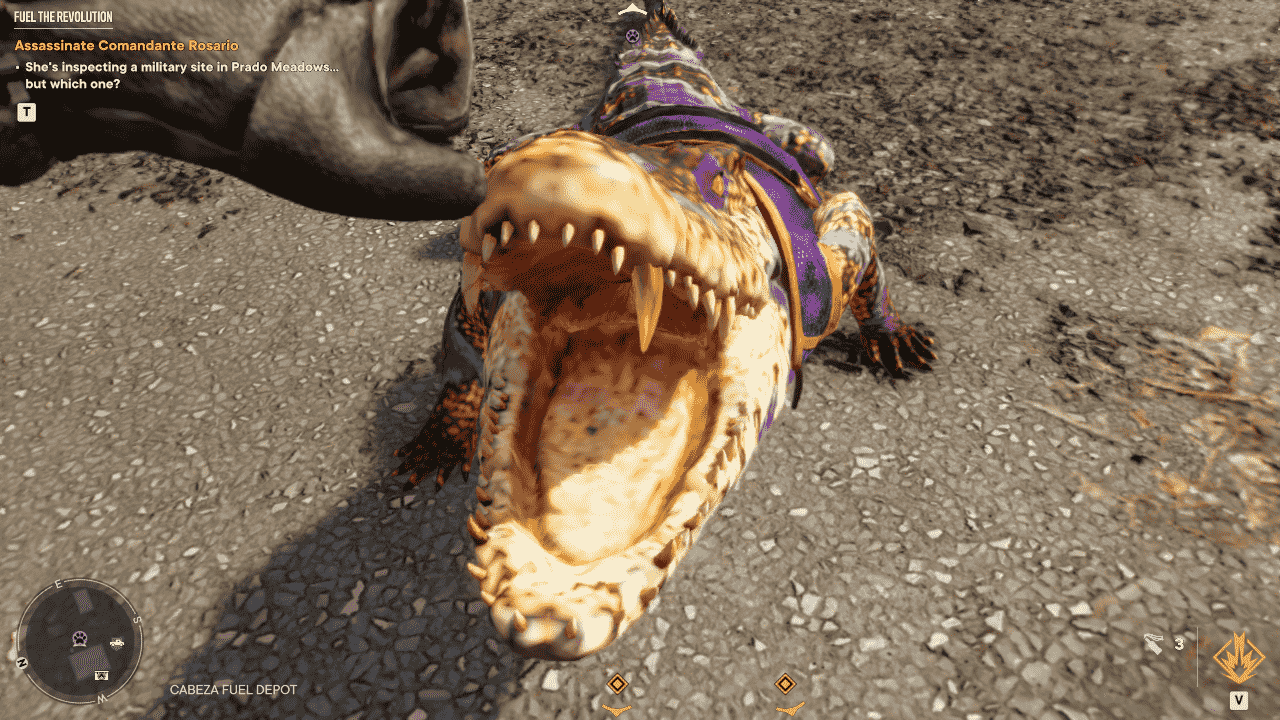 They couldn’t have picked a better Amigo to get you started. Among the 3 “free” companions, Guapo is the safest to bring along. Chorizo demands a stealthy approach that requires proper aim and proper timing to get the most out him. With Chicharron, you’ll quite literally be playing support. He’s a feathery glass cannon that you’ll eventually need to protect if you want your friendship to last. With Guapo, it’s fire and forget.

Explore, and have fun while you’re at it.

While it’s always an option to go completely linear with the main story quest and ignore things like rank and proper equipment because you’re just that good, you can always take your time and feel things out. 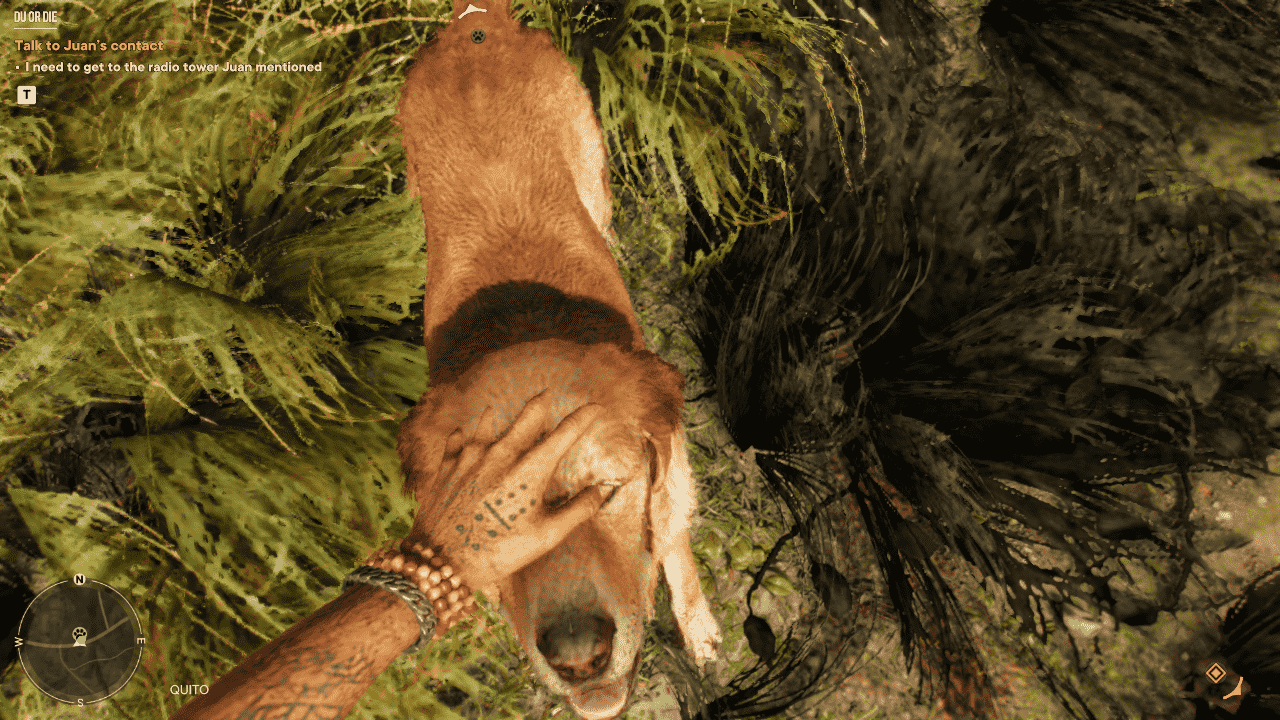 The beautiful and detailed scenery will take you in, making army base and checkpoint raids enjoyable while being quite necessary. The peaks, valleys, and lush vegetation provide numerous spots to practice navigation and shooting. Familiarizing yourself with the local wildlife before you draw, quarter, and skin them is another option if you’re into the gathering and crafting aspects of the game. Don’t hurt the doggos, though. We love the doggos. 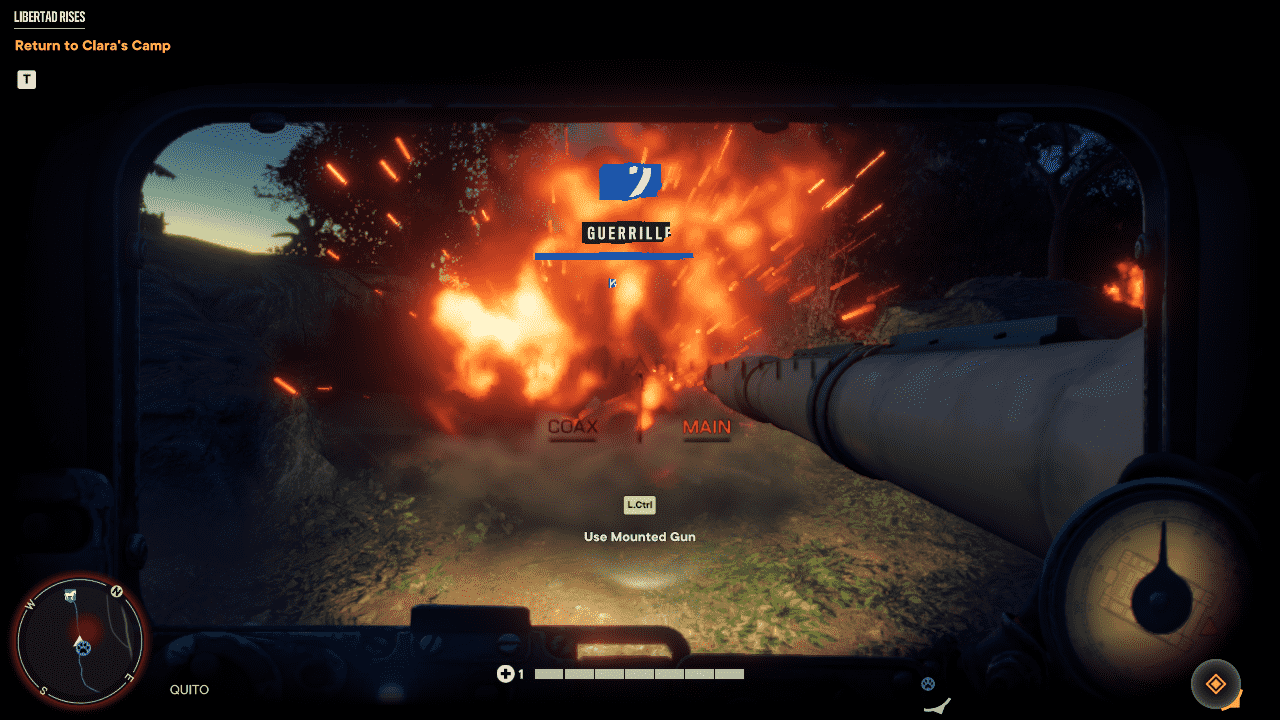 Consider Isla Santuario your personal playground before you set out to do bigger things, like fueling the fire to a revolution. Suerte, amigos.