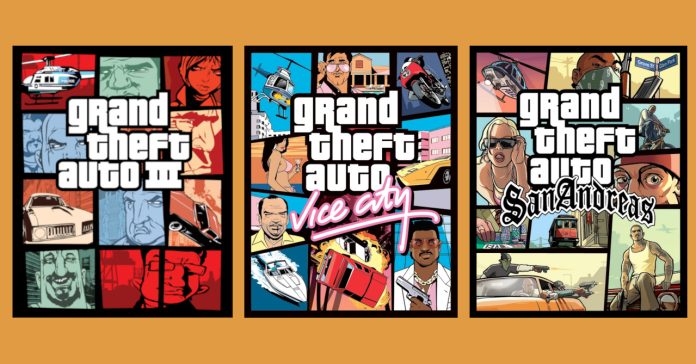 Along with this info, users on the GTA Forums have seemingly spotted the logos for the upcoming releases. If these are the actual logos, then each GTA game will release with a “The Definitive Edition” subtitle.

While Rockstar Games has yet to confirm that they are working on GTA Trilogy remasters, chances are that we’ll actually see them very soon. After all, these GTA games are some of the bestselling and most beloved games of their time, not to mention that the GTA series is still incredibly popular now, even if the last full release was eight years ago (not counting re-releases on new consoles).

In case you can’t wait to revisit these games, the original versions of GTA 3, Vice City, and San Andreas are available on PC (via Steam), as well as on mobile through the App Store and the Google Play Store.