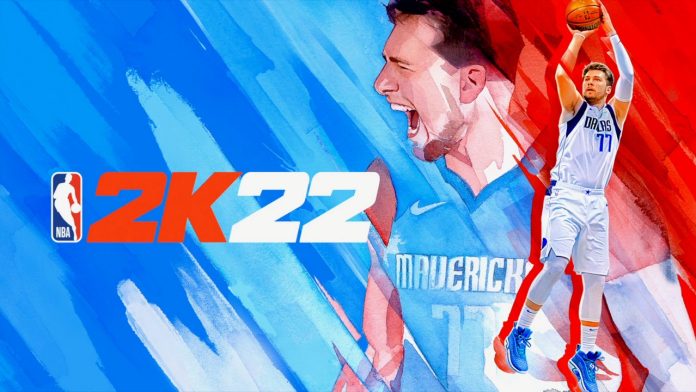 Last year’s NBA 2K21 feels more like a rehash of NBA 2K20 rather than a new entry as the franchise made the jump to the next-gen consoles. But it did innovate both the shooting and dribbling mechanics, putting 2K21 in a weird love-and-hate spot for fans when it first came out. So, we can definitely tell that there is pressure on the devs shoulders on how they can improve the next entry for this season. All I could say is, they did deliver a solid enhancement on NBA 2K22 compared to last year’s entry, which says a lot coming from a more casual 2K player like myself. 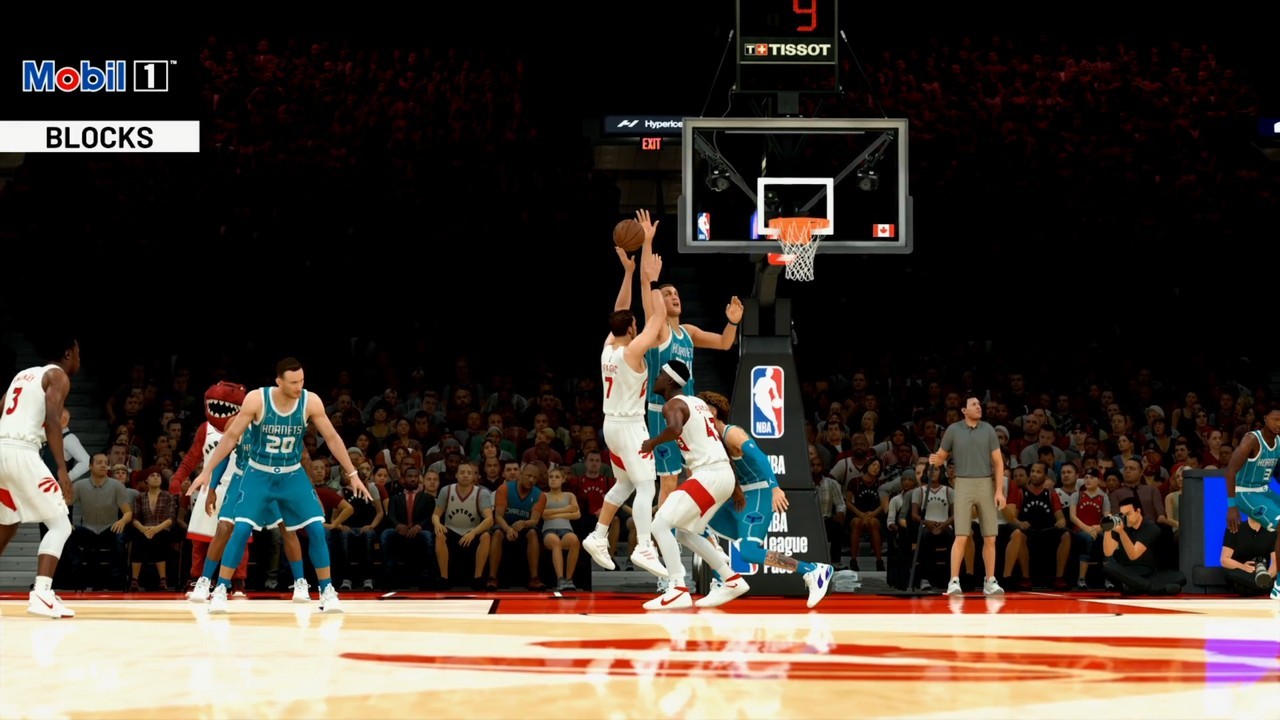 If NBA 2K21 reworked the shooting mechanics with the new Shot Meter and Shot Stick, NBA 2K22 this time tweaked the defensive aspect of the game. Specifically, these changes are for players positioning and shot-blocking; it even made changes to the stamina consumption. The AI also feels somewhat improved while depending, not letting you get pass defenders too easily and having a tighter defensive strategy.

Player positioning in the court will have a factor if your player will hit those baskets or make a good pass, and it feels like you’re playing as a whole team now rather than relying on a single Ace player. Although, Ace players still have their own advantages, making them stand out from the roster since Ace players handle the ball better and can show some outstanding dribbling skills. But keep in mind that you can’t recklessly run around dribbling the ball since it consumes stamina. 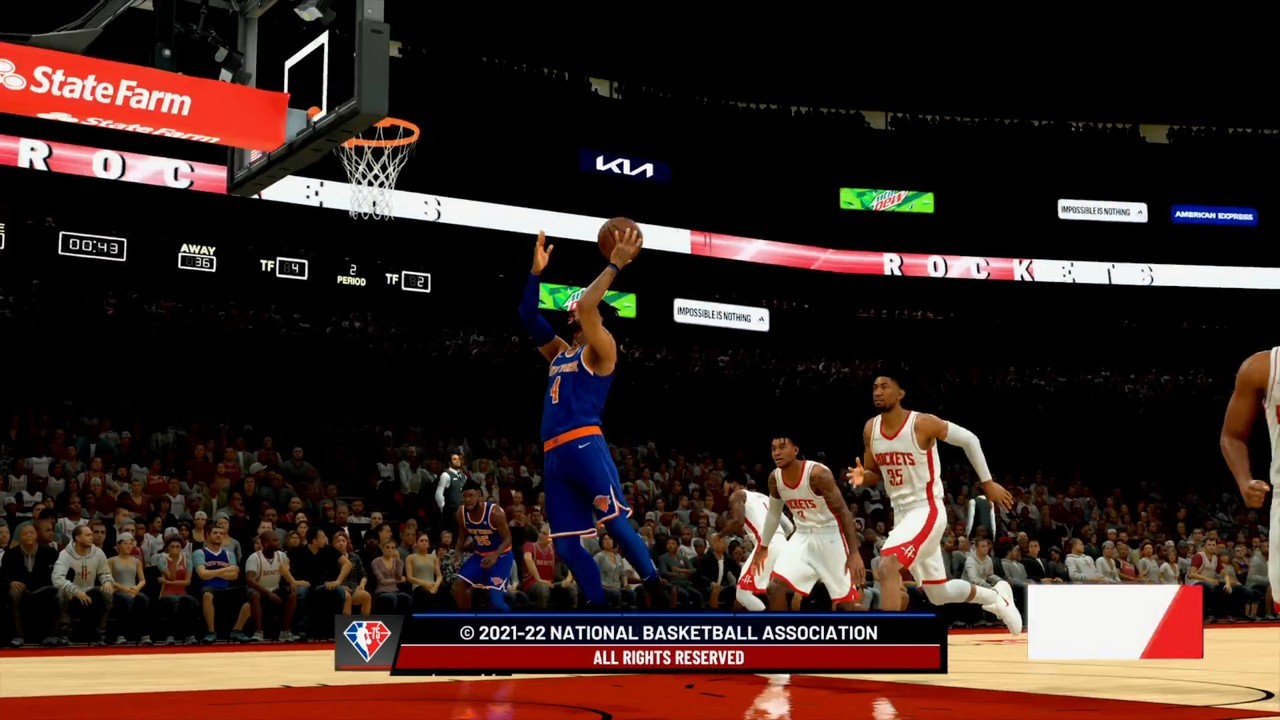 Another thing to remember is the new shot meter factors stamina for a player to score, along with the other things like the previously mentioned positioning, player skill, and if your player is fatigued. You also have to consider if the shot is contested. But personally speaking, I can’t say that they totally “reworked” the shot meter; rather I would say it was “revamped” with a new visual design and a few tweaks from the previous version. In 2K22, the shot meter does have improvements overall. 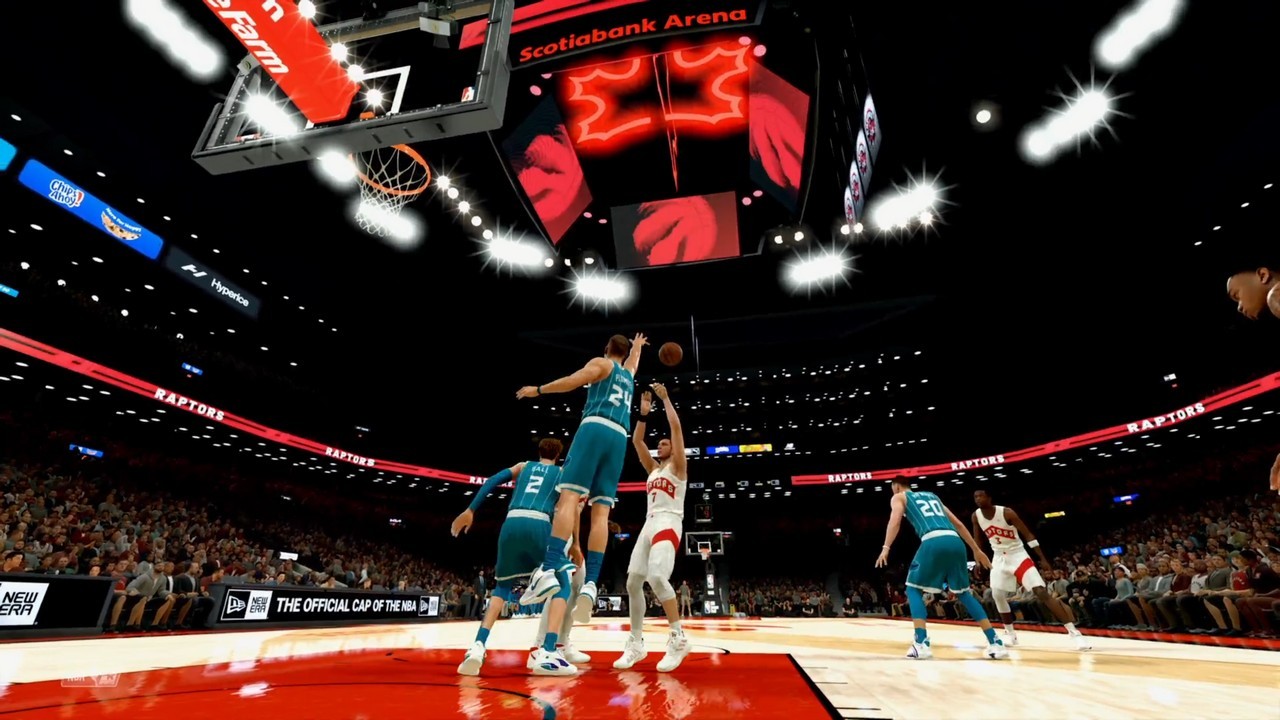 Lastly, the shot-blocking is now improved, making the defense-play tighter than before. Now, under the basket, taller guys can dominate shorter guys, not letting them score a free basket. The steal button also makes a comeback, but this time, your player must have an actual high steal rating, otherwise they’ll execute a sluggish animation, making their moves predictable, and when they fail to do so, your player will stare in the empty void re-evaluating their life choices. Having a high skill rating on the steal percentage does not guarantee success every time though, which is also true with your shooting skills, so you have to size up things first before going for a play. This lets you commit to a more strategic and technical playstyle, counting your moves rather than picking a highly rated team with a Monstar Ace player. 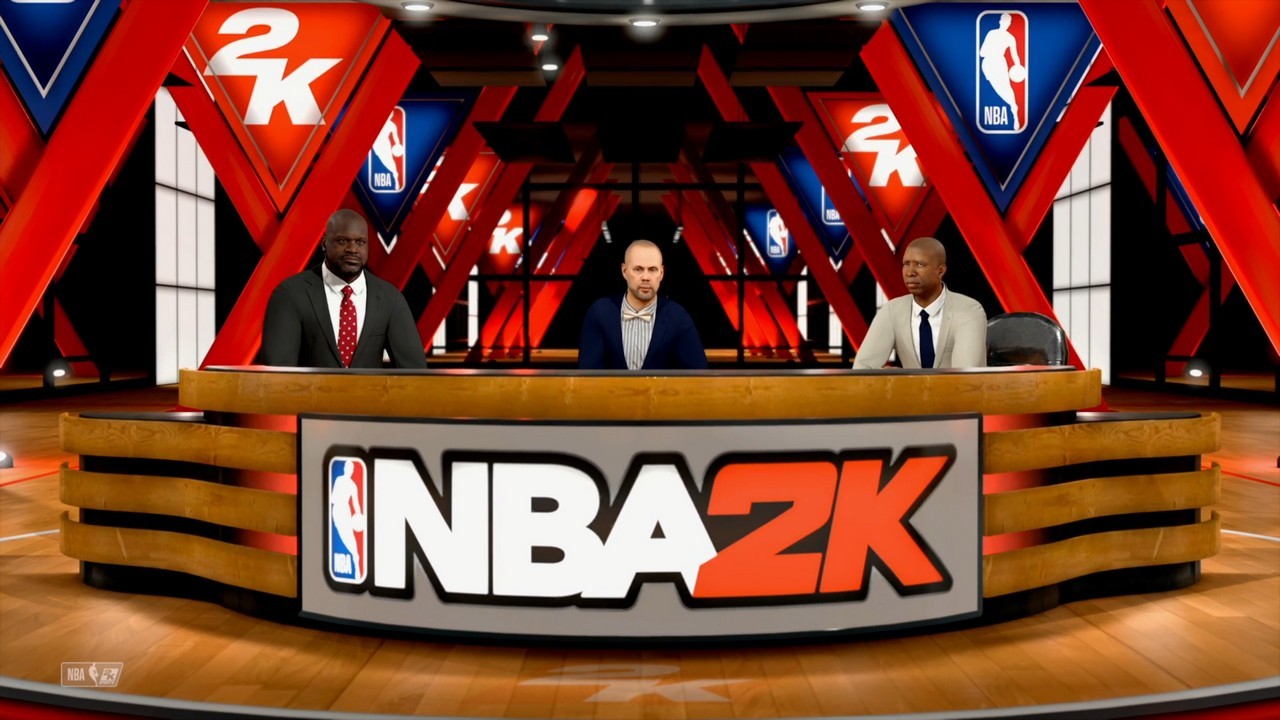 When it comes to presentation, NBA 2K games always improved with every iteration, but in my opinion, I can’t tell the visual difference between NBA 2K21 and NBA 2K22 (at least on PS4). Models of the sweaty running guys playing with balls still look ok, so I don’t know how they can improve it visually. Usually, it takes two versions before I can tell the visual difference between 2K games, since I’m not quite bothered when it comes to this aspect of the franchise. The only time I criticize the game visually is when the players look like an empty shell of a man having an unnerving stare right to your soul. Fortunately, NBA 2K22 looks quite natural, and it should look even better on new generation consoles.

While visual fidelity isn’t a big leap for last gen consoles, what is certainly a big step for the 2K series is the fact that we now have a bigger City. 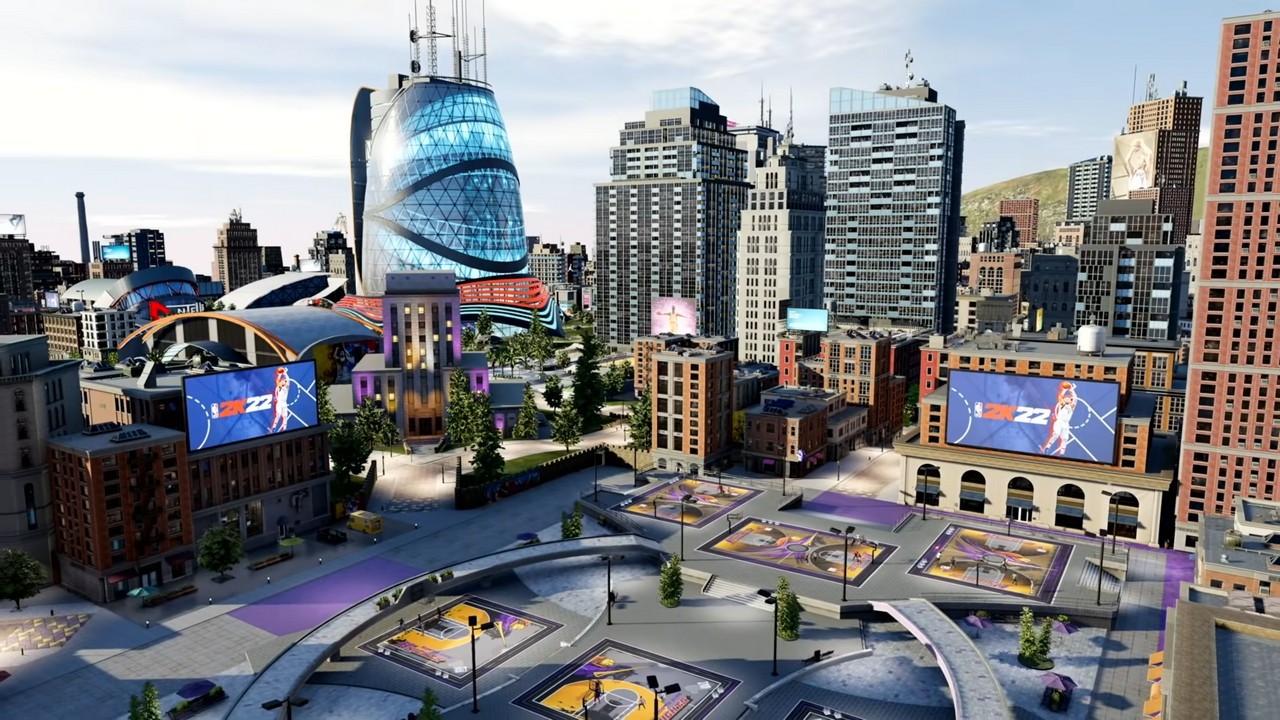 NBA 2K22 spiced things up compared to its predecessor with the new MyCareer mode. Now, as an aspiring NBA star, you must work on your career through social media and doing PRs with fashion and music companies. Your choices will shape your way to stardom, these choices involve lots of side quests that you can access by skateboarding around The City.

These side quests are a good way to add something else to do to your usual basketball routine, like doing some brand PR or spinning the Daily Reward Wheel, but these are just mundane distractions on what you can do compared on the court. But I think it’s all worth doing considering the rewards you can get daily, and best of all, you can always do these tasks later and just go back to your ball game.

As a side note, the fact that you need to be online to play this mode is a bit sad, I’m not a fan of “must be online to play” on any game (with a few exceptions). But I guess it’s fine here as the MyCareer mode has always been an online-centric mode to meet other players, so let’s all just accept this fact.

Unfortunately to the next mode, things feel the same as last year, which is why my opinion of it did not change.

Firstly, I just have to say that this mode never grew on me, especially as it involves microtransactions. But for those who don’t understand MyTeam lets you collect NBA fantasy cards, which you can purchase via Virtual Currency (VC). You can grind for VC through other means, but like any Gacha player, you can “whale your way” by shelling out real money.

Now, this is where it goes south. See, in every CCG or TCG, to keep up with the current meta, you have to open a lot of boosters, so you have to shell out real cash to open those boosters. Before you know it you’re already spiraling down in a rabbit hole called microtransactions, and this goes the same for the Draft on MyTeam. To obtain the best cards, you have to open boosters and VCs (from what I could tell aren’t that cheap). To give this mode some slack,  there is an in-game meta then there is indeed a competitive aspect in this mode. But again, this mode only attracts a niche number of players, most likely those who have a deeper knowledge of this mode. For me, the microtransactions can be predatory compared to last year, so give it some thought before going deep. 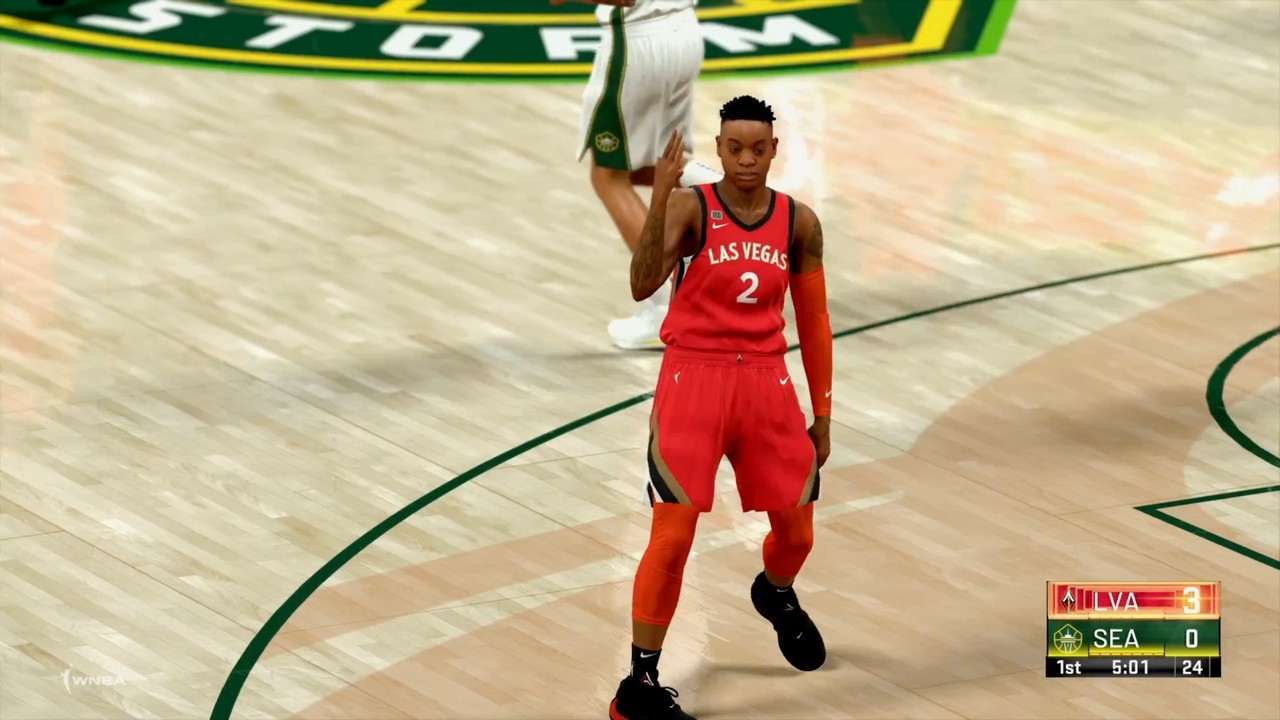 Another thing that makes a return is the WNBA, and it seems to be a mainstay now in every entry. You can enjoy The W mode anytime and create your own W MyPlayer team. Lastly, if this is relevant for anyone, the Shoe Creator lets you design your shoes, but weirdly enough, you have to purchase your own design via VC.

NBA 2K22, in terms of gameplay and how it simulates the basketball experience, is indeed a fair step up from last year’s NBA 2K21, though not as much. NBA 2K22 has a proper balance by revamping the shot meter and making the defense tighter, upping the ball game further as a skill game rather than a game of stats. Microtransactions still exist that makes players wish to tone it down a bit, but I doubt it will happen. The good thing is it’s purely optional and you can just play the game’s other various modes.

Basically, if you’re already an NBA 2K player who buys the game every year, this game should satisfy. As for newer players, it can be daunting to get into, but if you stick to the standard versus mode and MyCareer mode, there’s some fun to be had here.

NBA 2K22 feels like a definitive version of NBA 2K21, with its improved offensive and defensive play ,making veteran players focus more to competitive aspect of the game. But with microtransactions making a comeback, this holds this game from being an easy recommendation. Regardless, it is still a enjoyable game, even for casual NBA fans.NBA 2K22 Review | Ain't a Perfect Shot, but not a Miss