Returnal finally gets a Save Feature and Photo Mode in 2.0 Update 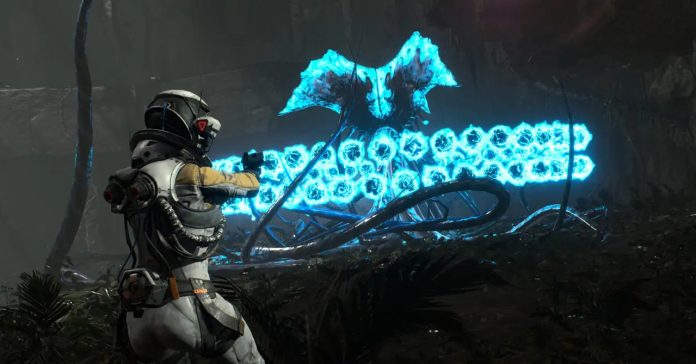 Housemarque has just released the Returnal 2.0 update, and it finally brings a save feature mid-cycle, as well as a Photo Mode.

In case you haven’t played Returnal yet, unlike most other roguelites, the game did not have a save function mid-cycle. This meant that if you needed to quit the game, you’ll need to restart the cycle; though select items do get “saved” even if you quit the game. This meant that you either had to put the console on Rest Mode so you won’t lose the progress in your current run which isn’t ideal, especially if you want to play another game.

Finally, with the Returnal 2.0 update, players can finally save their progress via the Suspend Cycle feature. How it works is that you can choose Suspend Cycle before quitting the game, and when you boot the game again, you can start where you suspended. Though once you do, you won’t be able to reload from this state again and you’ll have to Suspend Cycle again which gives you a new “save.” This is done to avoid save scumming and to ensure that stakes remain high.

Another catch is that you won’t be able to suspend your cycle during boss battles, cinematics, first-person sequences, or during intense combat scenarios.

Along with the save function, Returnal also now gets a Photo Mode with this new update. Much like other modern triple-A titles, Returnal’s Photo Mode can be used at almost any time in the game (except in first-person sequences or in other parts).

With this new update, Returnal is now even more of a must play for PS5 owners. In case you need more convincing though, check out our review of the game here.