Stream Seasonal Anime Legally in the Philippines through these Sites

A lot of these sites are free as well! 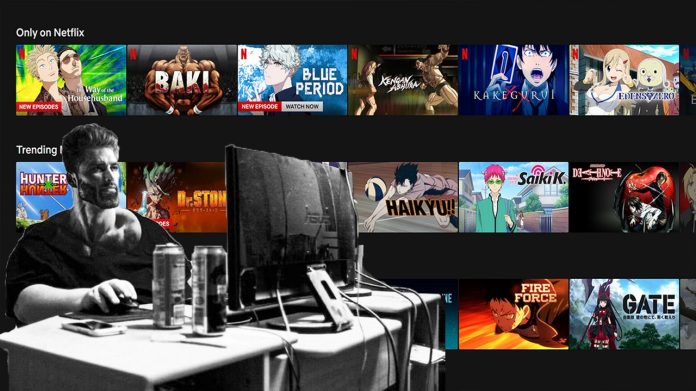 Being an anime fan was hard a few years to around a decade ago, especially in the Philippines as a lot of seasonal anime aren’t widely available. There’s no doubt that a lot of anime fans at one point resorted to some “alternative websites” of questionable legality.

Thankfully, those days are over as there are now accessible streaming websites that legally stream seasonal anime. On top of that, subscriptions are affordable; and some of them are even available for free. The best part is, a lot of them are available in the Philippines, so catching up with new anime shows is now easier without the fear of being region-locked.

In case you’re looking for where to get your anime fix legally and hassle-free, we listed some streaming sites where we can watch anime in the Philippines: 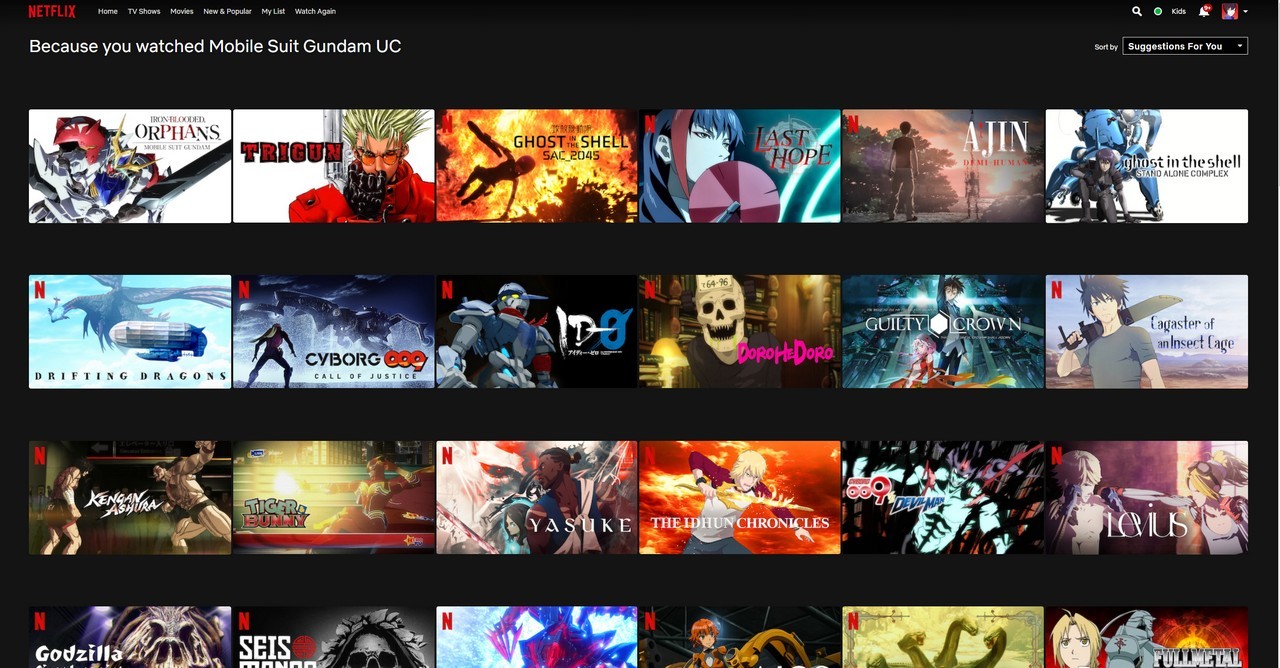 It goes without saying, but Netflix is one of the most popular streaming websites around the globe, with a variety of shows to choose from. Aside from a range of live-action content, they also add new anime shows, and have lots of exclusives to offer like the High-rise Invasion, Devilman Crybaby, Beastars, Kakegurui, and more.

Although, some anime series are region locked, and they can take time to stream seasonal anime. In fact, sometimes Netflix releases new anime after the final episode of the season airs (like what happened to the likes of Jujutsu Kaisen and Demon Slayer Season 1).

One thing to note is that you have to be subscribed to their service to watch any of their anime lineup. Regardless, Netflix is one of the convenient websites that streams anime and movies in our region, and its exclusive lineup alone makes Netflix worth checking out. 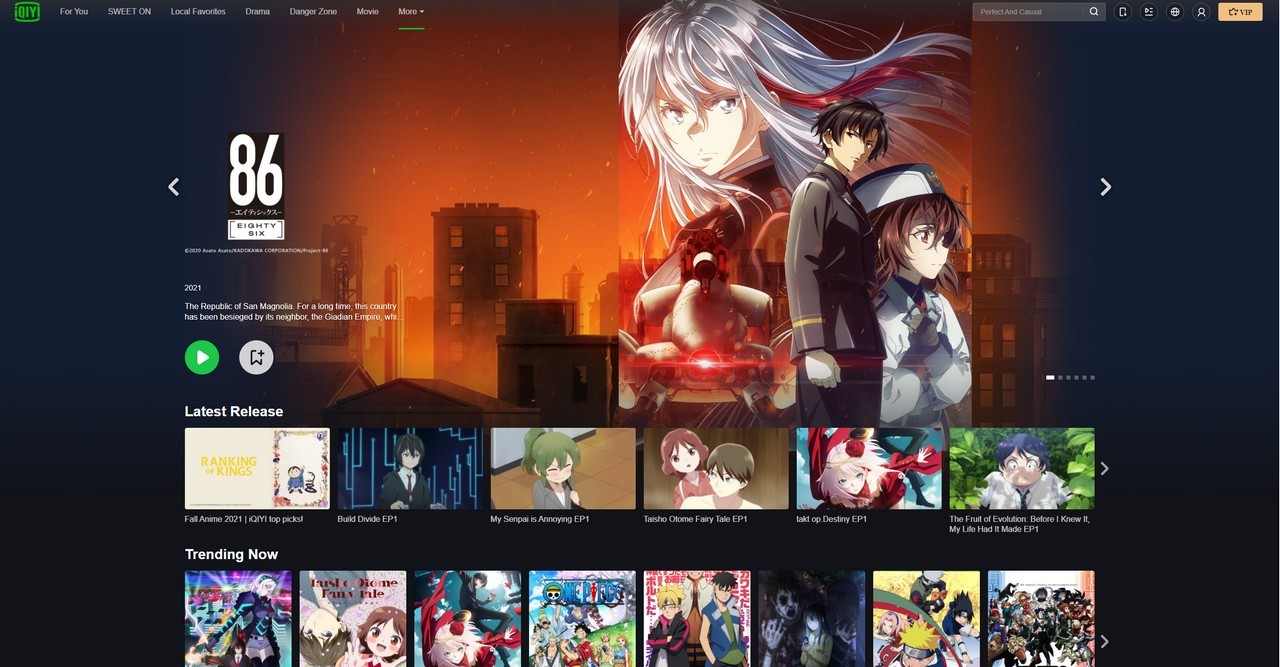 Another streaming website/app that offers a multitude of shows is iQiyi, a service that also streams a comprehensive lineup of seasonal anime. From One Piece to Kimetsu no Yaiba, they have it here along with new series like Mieruko-Chan and 86. Aside from seasonal anime, iQiyi also has exclusive Original Chinese animation series like Astral Sutra and The Totem Warrior, so you have many alternatives to choose from.

Unlike Netflix iQiyi offers a free streaming service so you don’t have to pay anything to watch your favorite series. Although, free viewers will have to watch thirty seconds advertisements before streaming an epsiode, with three ads running per video (which is understandable considering it’s a free service).

They do offer VIP access with ad skips and an option for 1080p video quality, so you can support the website/app with this option while enjoying your anime series ad-free, but it’s entirely optional. 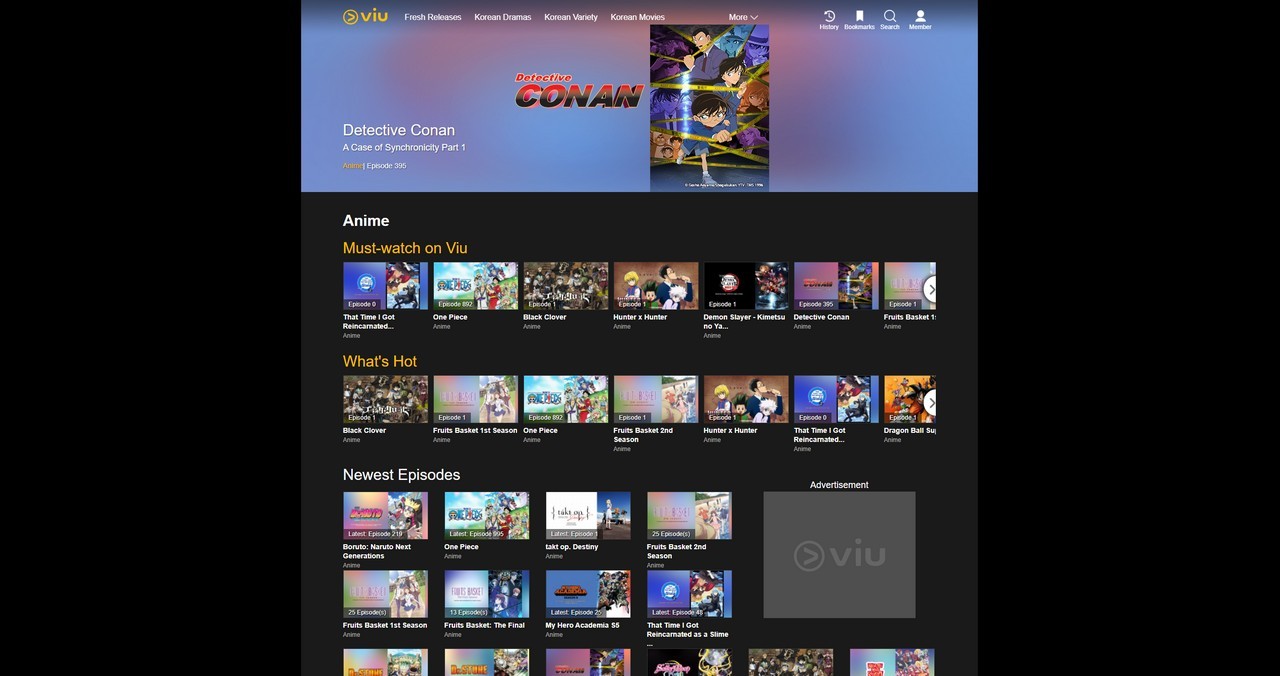 If you’re itching for some Korean dramas, Viu is one of the go-to services. But did you know that Viu also has anime? Specifically, Viu has several anime such as Detective Conan and Slam Dunk, as well as other shows.

Similar to iQiyi, Viu is a free streaming service that’s available via a browser or their appm but expect ads to pop out once in a while during streams. Though Viu also offers VIP access with  the same perks of skipping ads and access to an unlimited download feature to watch shows offline. The VIP access also offers an “as soon as possible” telecast, so you can have immediate access to new series when they get aired from overseas. 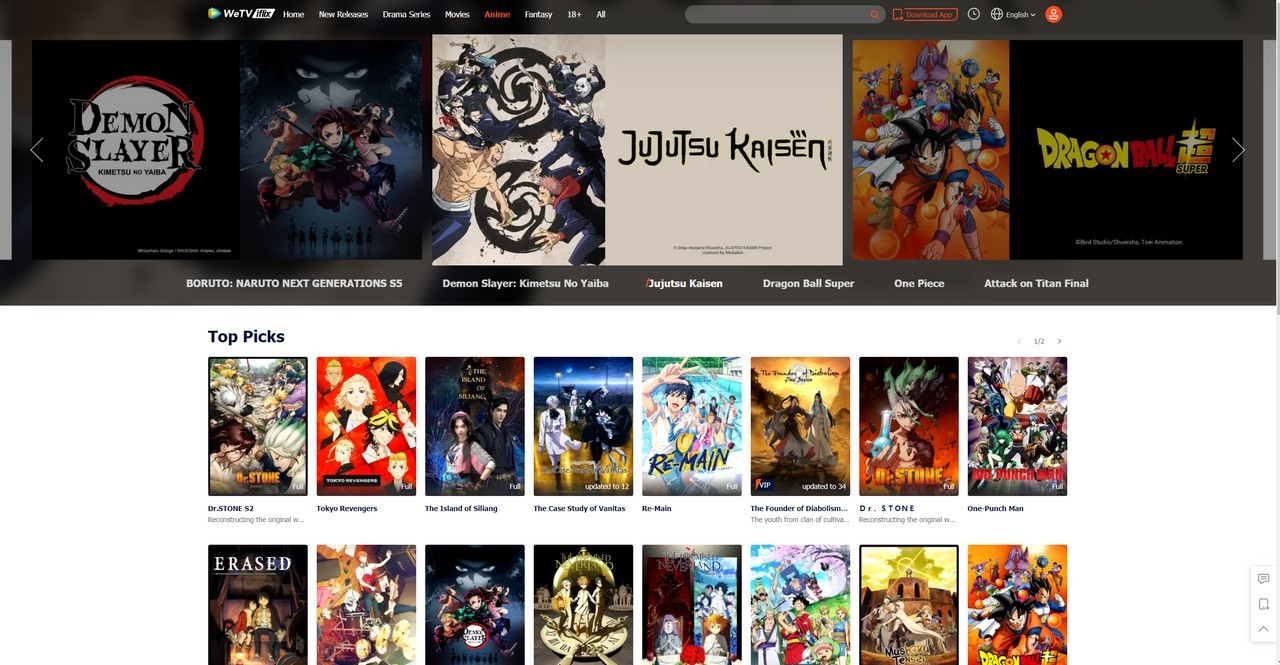 Another place to watch anime online legally is WeTV. Now, this platform knows its audience, with the whole season of the original Dragon Ball to the latest Dragon Ball Super; and if that’s not enough, they also stream seasonal anime like Dr. Stone S2 and Tokyo Revengers so you can keep up to date.

The platform is completely free to watch, but some series can only be viewed if you have VIP access (with the usual perks like ad skips). But again, paying is completely optional if you don’t mind ads. 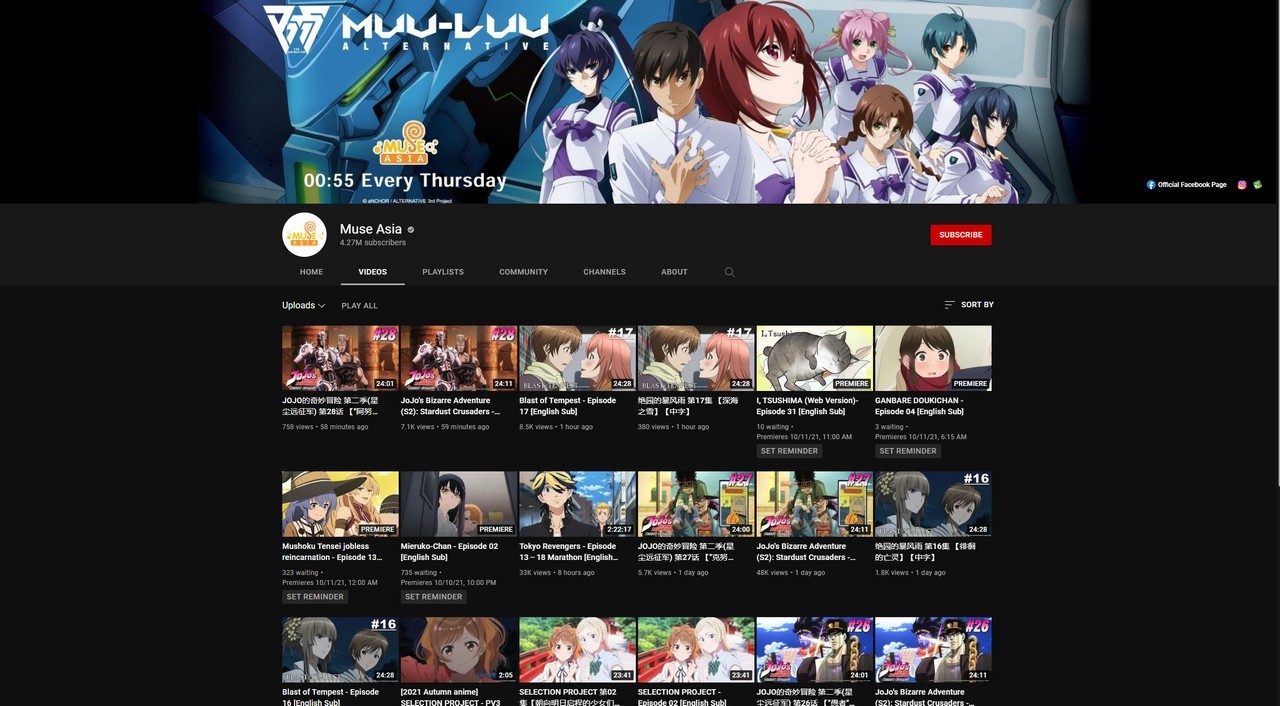 Now, if you’re looking for a true free anime streaming experience then you can head over to Muse Asia. What makes this streaming service special is that you don’t need extra effort to stream seasonal anime on this platform, since Muse Asia is available on Youtube for free.

It is one of the anime channels that legally stream the latest anime series on YouTube like The World’s Finest Assassin Get Reincarnated in Another World as an Aristocrat, Mushoku Tensei S2, and Ganbare Doukichan. It also streams Jojo Part 3 and Blast of Tempest.

Muse Asia has different anime shows every season, all subbed with different languages like English, Malay, and Chinese; so you can catch on your favorite anime once they acquire the rights to stream a series. 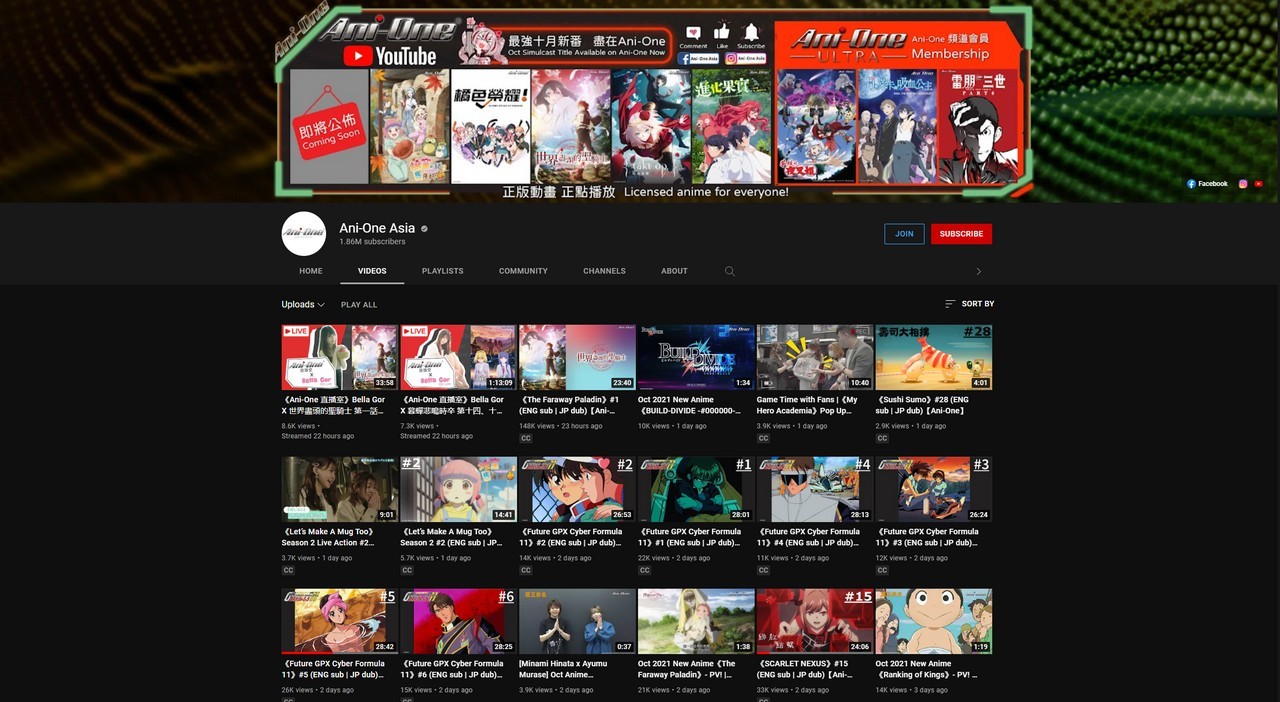 Jumping to another anime channel on YouTube, we have Ani-One Asia. While it shares the same platform with Muse Asia, the only difference that these two channels have is that they have different stream seasonal anime series on offer.

Currently, Ani-One Asia streams the new seriesRemake Our Life, I’m standing on A Million Lives, and Higurashi Sotsu. It is also the only place that I now know that streamsScarlet Nexus – The Animation. Some classic series that are currently available to watch on this channel are Future GPX Cyber Formula and Getter Robo ARC that should make mecha fans happy. 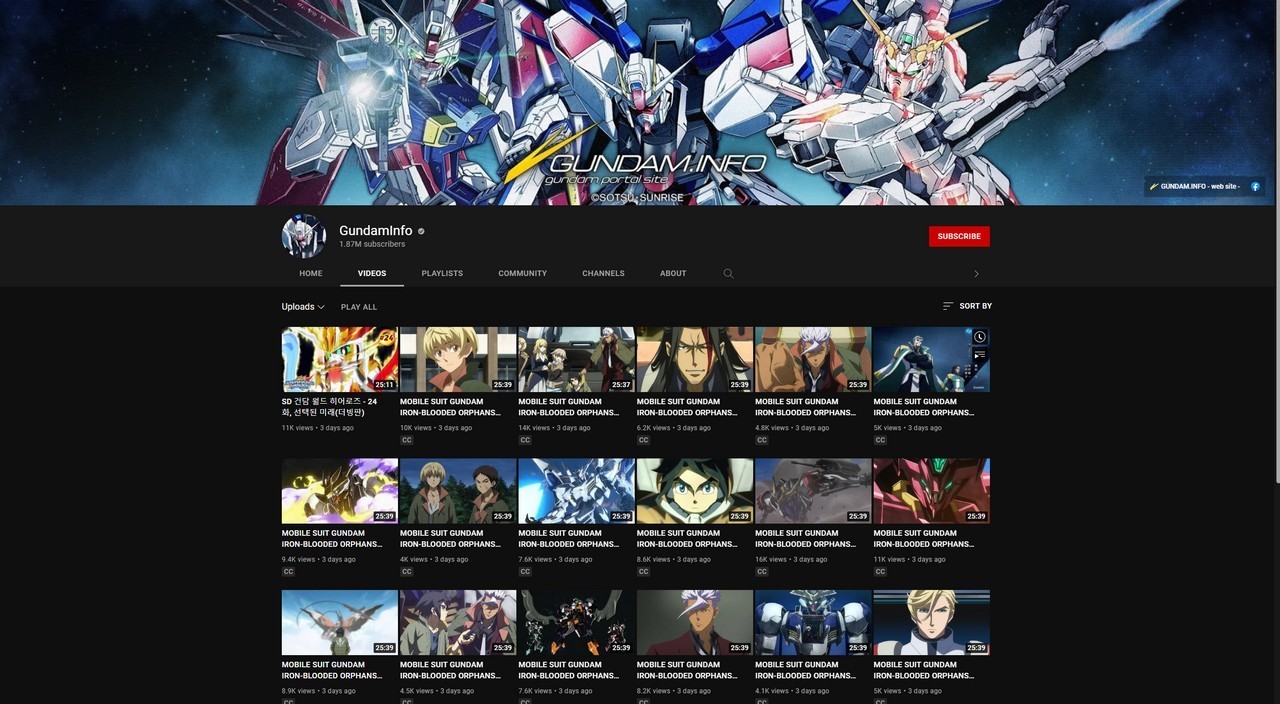 Speaking of mecha fans, Gundaminfo has been around since 2010, and it offers the latest info for everything related to Gundam products from Trailers, Pla Models, and events. But lately, the official Youtube channel also streams Gundam series, both spin-off titles like the SD Gundam World Heroes and the Main Gundam series.

Currently, you can watch Gundam Iron-Blooded Orphans S1-S2, Gundam Unicorn, and Gundam Seed Destiny HD remaster. But keep in mind that they stream every Gundam series by rotation, so they will only stick around for a particular time until they change it to another Gundam series of their choosing.