Earwig and the Witch is Ghibli's first 3D animated movie. 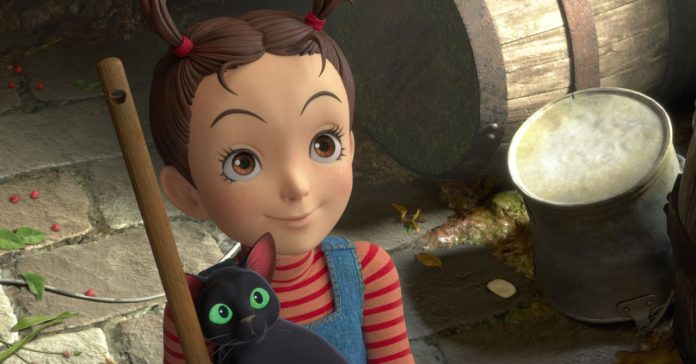 Netflix has announced that Studio Ghibli’s 3D animated movie, Earwig and the Witch, will release on the platform on November 18, 2021.

In case you’re unfamiliar, Earwig and the Witch is Studio Ghibli’s latest film, and it is directed by Goro Miyazaki, the son of Hayao Miyazaki and the director of other Ghibli movies such as The Tales of Earthsea and From Up on Poppy Hill.

As for the film’s premise, Earwig and the Witch follows the story of a headstrong young girl as her life changes dramatically when a strange couple takes her in from an orphanage, and she is forced to live with a selfish witch.

Earwig and the Witch will soon join the comprehensive library of Studio Ghibli films on Netflix. Here is the full Ghibli lineup that’s available on Netflix currently:

“We’re thrilled that our film Earwig and the Witch will reach many countries and territories through Netflix,” said Director Goro Miyazaki. “The film is Studio Ghibli’s first fully 3D CGI film which prompted us with an exciting challenge to reflect the spirit and pride of our studio using this new artform. Through that experience we met Earwig, our rebellious protagonist who grows to overcome difficulties with her wits and relentless energy. We hope you will come to love our Earwig, just like you enjoyed spending time with the main characters in our last 21 films.”