Team Spirit are the champions of The International 10

What an incredible run! 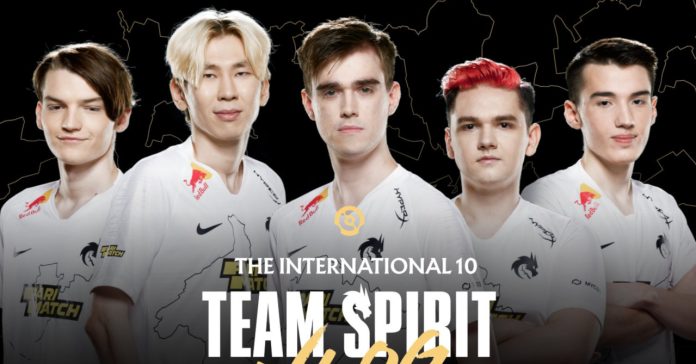 Team Spirit have claimed the International 10 championship by defeating PSG.LGD in a close 3-2 Grand Final series!

With their win, the members of Team Spirit have not only claimed the coveted Aegis of Champions, but also a massive USD 18,208,300 in cash.

Here are the members of Team Spirit:

In case you weren’t able to follow the action, Team Spirit started their TI10 journey by qualifying for the event through the Eastern European qualifier. Their qualifier journey was quite a challenge, though, as they had to defeat Team Empire in a close best-of-five to punch their ticket to the International. Given that they had to go through qualifiers, Team Spirit wasn’t expected to be the team to beat in TI10.

On the TI10 Group Stage, Team Spirit had a slow start as they went 0-4 in their first four games. The team was able to turn it around, and they ended the stage with a 10-6 record — good enough to place in the Upper Bracket.

At the Upper Bracket, they were defeated by IG 2-1, which dropped them to the Lower Bracket. There, they faced a grueling gauntlet of teams, including Fnatic, OG, Virtus Pro, IG (a rematch of the Upper Bracket round 1), and Team Secret. Though by defeating these teams, they were able to get to the finals, but awaiting them was PSG.LGD — the tournament favorites.

Team Spirit opened with a bang as they beat PSG.LGD in the first two games to grab a commanding 2-0 lead. PSG.LGD bounced back in the next two games though, with the Chinese powerhouse even taking Game 4 in dominant fashion.

But in Game 5, Team Spirit’s members were able to collect themselves, and they put on an impressive performance, beating PSG.LGD in convincing fashion to take the game and the series.

- Advertisement -
Previous article
realme Pad set to launch in the Philippines on October 21
Next article
Magic: The Gathering returns to a fan-favorite plane with Innistrad: Midnight Hunt