The Free Fire x Venom: Let There Be Carnage is now

Log in to get the new in-game collections, missions, and exclusive rewards. 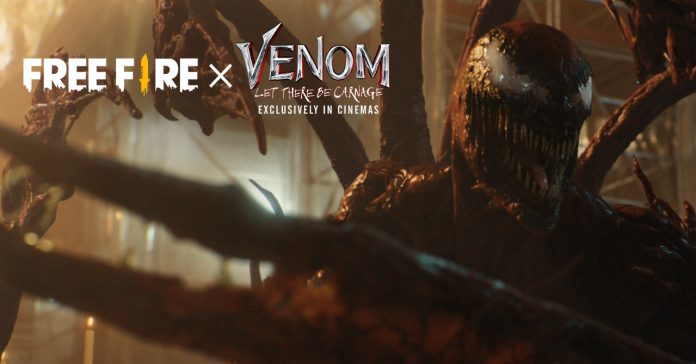 Following its announcement a bit over a week ago, the Free Fire x Venom: Let There Be Carnage in-game event is live now until October 24. This event is Garena’s first-ever movie collaboration, and it features a range of in-game rewards that can be claimed for free.

Specifically, there will be Venom: Let There Be Carnage themed reskins, as well as exclusive collectibles and costume bundles available for a limited time only. The in-game rewards include items such as the We Are Venom costume bundle, Venom Backpack, Carnage Helmet, and more. 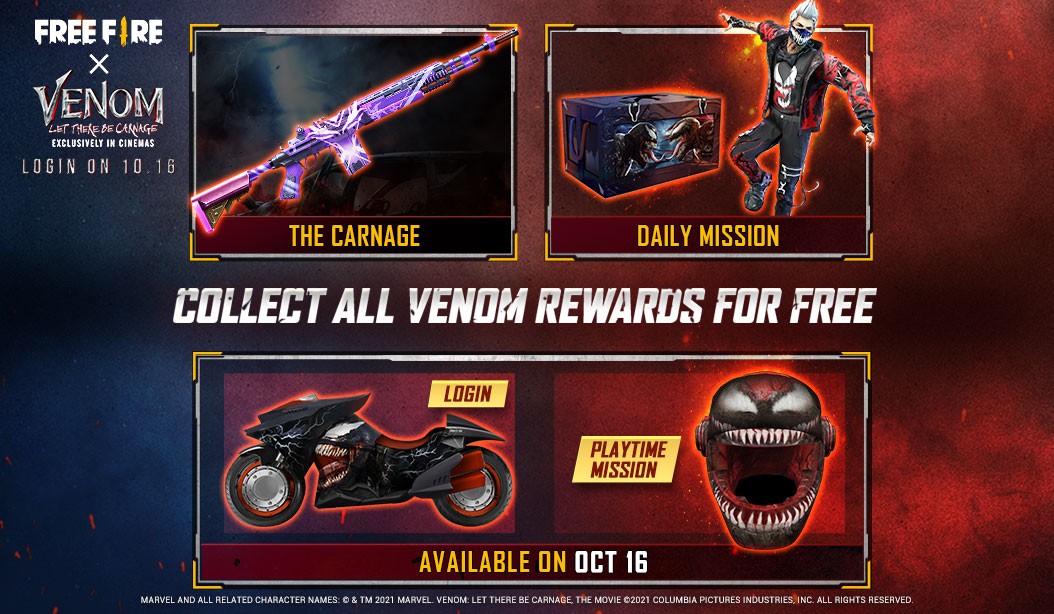 To commemorate this new Free Fire collaboration, players can look forward to the Team Venom VS Team Carnage community showmatch where they can get a chance to play alongside their favorite streamers.

The showmatch will take place on October 24 and it will see participants playing against influencer teams in 5 rounds of Free Fire’s Classic Mode. In this showmatch, the influencers will represent Team Venom while public players as Team Carnage. Players who are interested can sign up with their squad to participate, and a total of 50 player squads will be recruited for this event.

As a reward for participants, each player of the top squad per round will each receive a Black Widow FAMAS. Meanwhile, viewers of the showmatch will get redemption codes as they will be shown on stream.

The signup form will be released closer to the event date on Free Fire’s Official Facebook page.