Is this 240Hz monitor your next gaming partner? 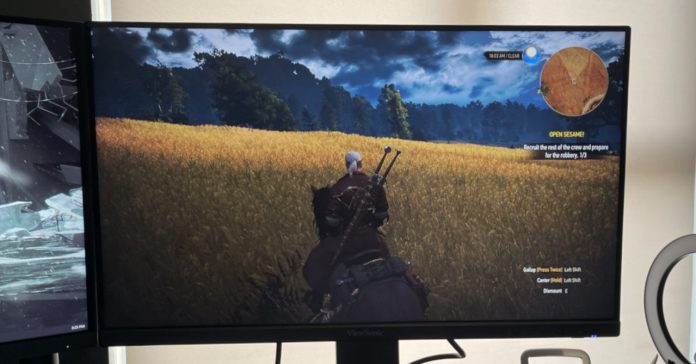 ViewSonic has been quite active here in the Philippines, with the brand releasing a range of new monitors, one of which is the XG2431. This ViewSonic monitor is a 24-inch display that may see rather ordinary at first, but its looks are rather deceiving.

The XG2431 features a 1080p resolution, as well as a 240Hz refresh rate, meaning it should be a good match for players of esports titles. While a high refresh rate monitor isn’t a new thing, budget-friendly gaming displays usually cap out at 144Hz to 165Hz. What’s more is that some gaming monitors use TN panels, but not the XG2431. Instead, this ViewSonic display uses an IPS panel, meaning it should have a wider viewing angle, as well as more vibrant colors. On top of this, even if it uses an IPS panel, the monitor still has a fast 1ms response time. 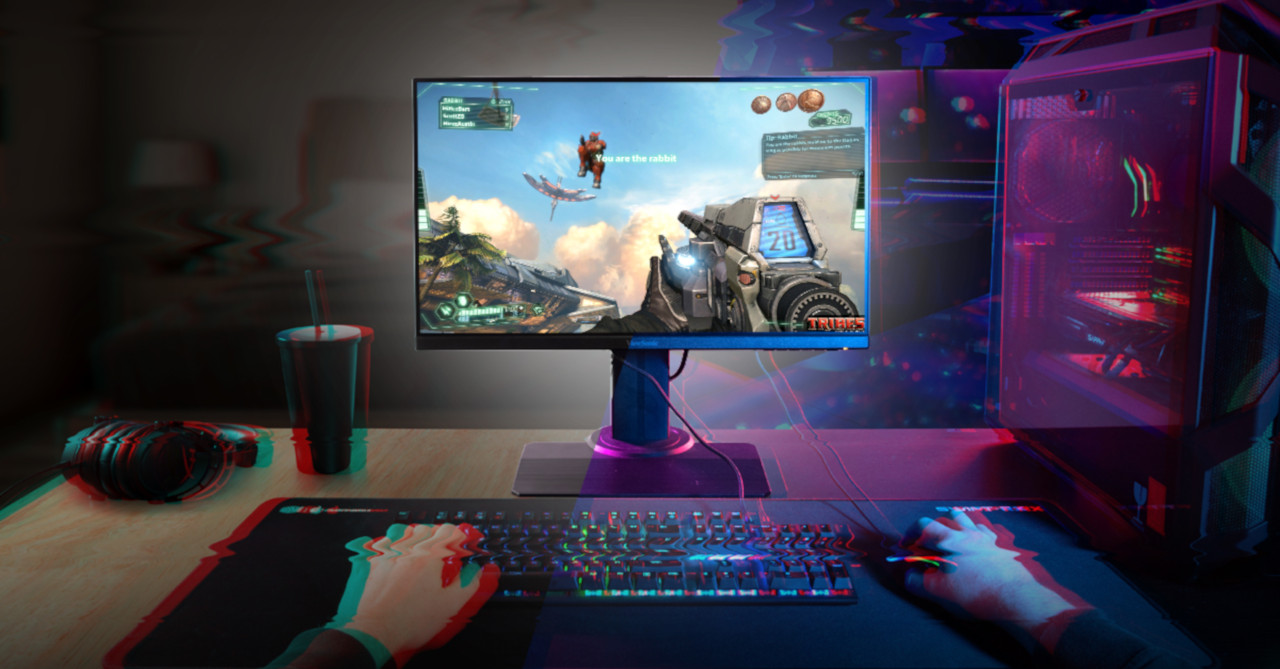 On paper, the ViewSonic XG2431 has a lot going for it, especially as it’s one of the few monitors at its price range to have a 240Hz refresh rate. But there’s more to a display than just specs. So, does the XG2431 deliver in actual use? Find out here in our review!

When you think of gaming monitors, what probably comes to mind is a display with a distinct design and RGB lighting. The ViewSonic XG2431 on the other hand, looks more like a monitor that you’d see in an office as it doesn’t really have much of a “gamer aesthetic.” Design-wise, the XG2431 looks a bit plain, but personally, this is not an issue, especially as I prefer a sleeker and more subtle-looking display (though your mileage may vary). 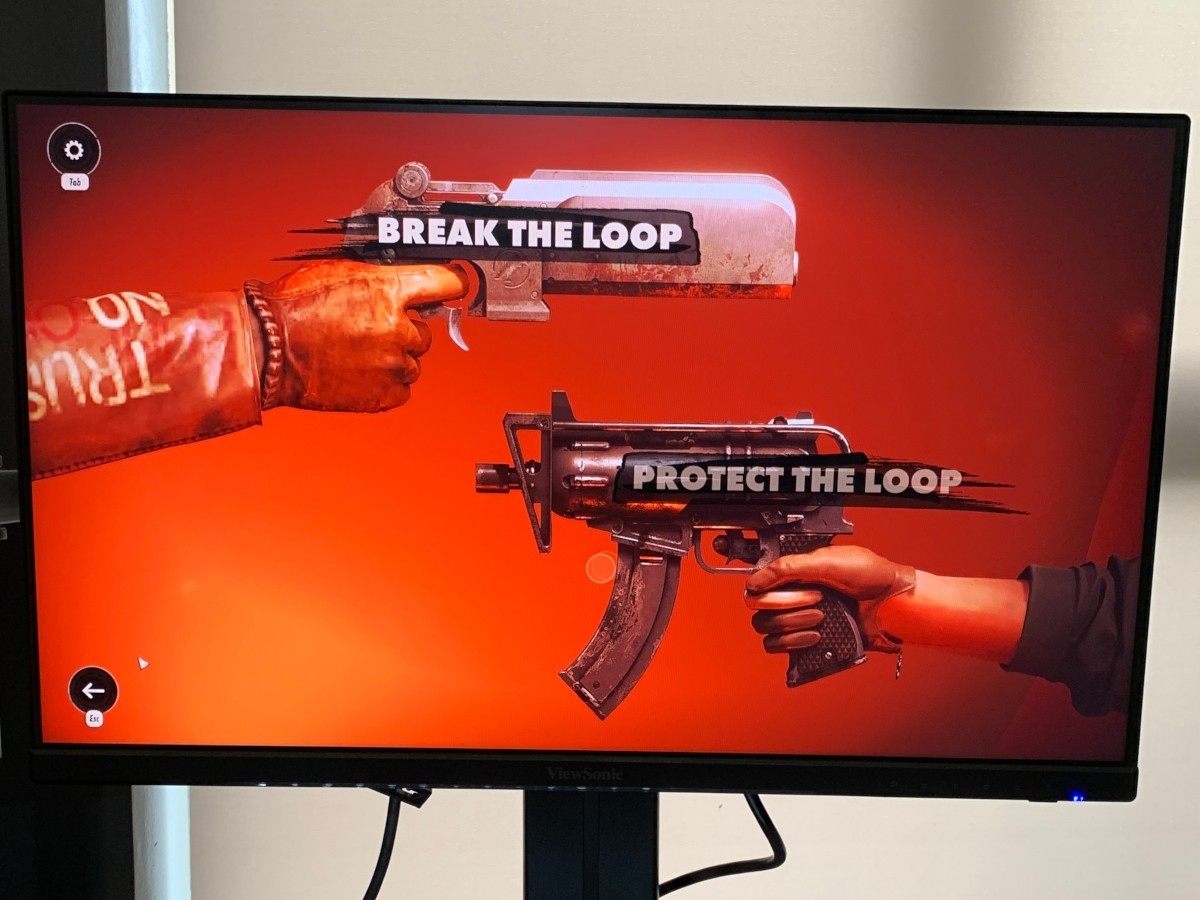 Though the display area itself should satisfy most users thanks to the incredibly slim side and top bezels, making for a more immersive viewing/gaming experience. Even if it’s not the biggest monitor at only 24 inches (technically 23.8), the XG2431 is still a good monitor option for gamers who don’t need that big of a screen. On the other hand, its size is great for users who want a secondary display.

Another nice feature design-wise is the inclusion of an integrated headphone hook which is great for gamers who play multiplayer titles. There’s also a nice cable management design to help reduce cable clutter on your table.

For connectivity, the display has 2 HDMI 1.4 ports, 1 DisplayPort, 2 USB Type-A ports, 1 USB Type-B port, and a 3.5mm audio out. Most users should find the monitor’s I/O to be more than adequate. 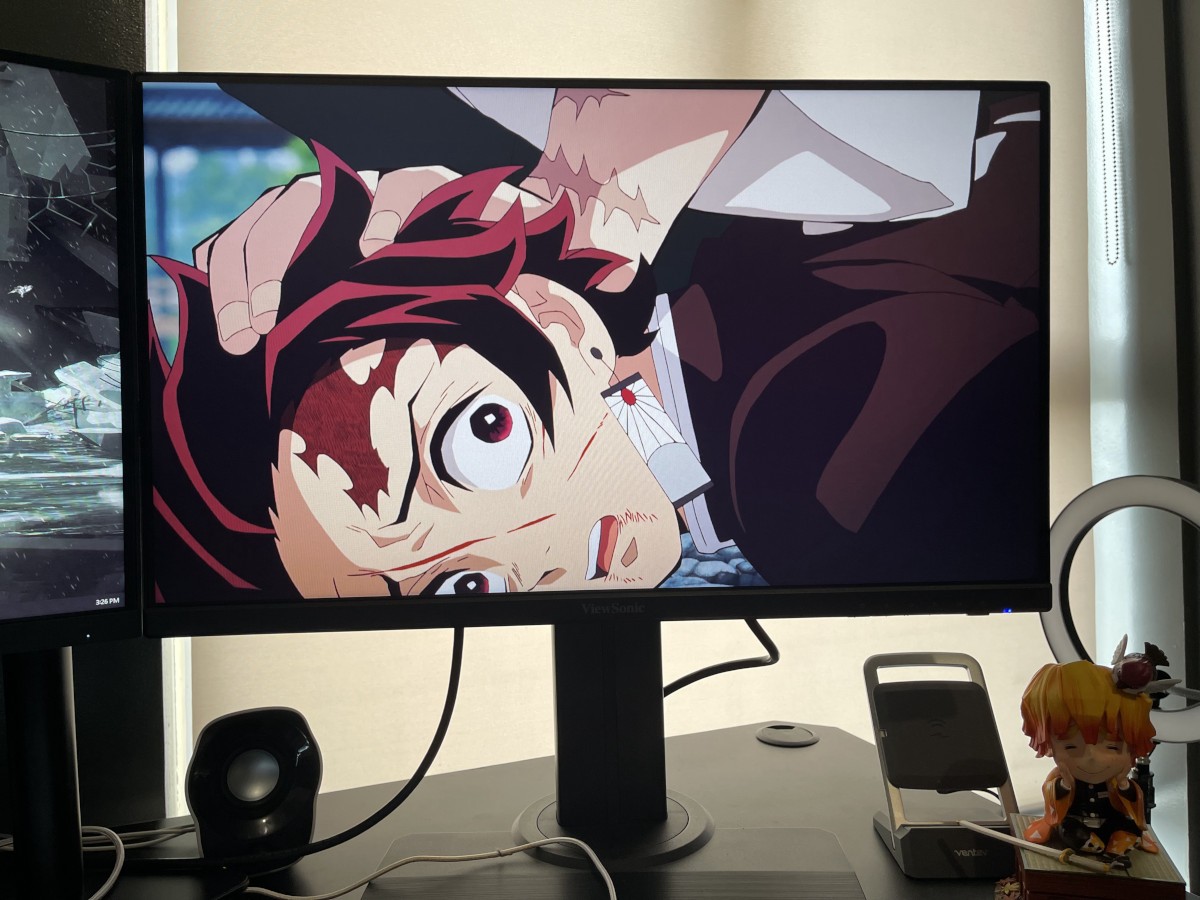 While ViewSonic bills the XG2431 primarily as a gaming monitor, based on its specs and design, it should also be a great partner for watching movies and shows. And when we tried it out for binge-watching, it did not disappoint.

Thanks to its vibrant color output and good level of brightness, the XG2431 is a great partner for movie and TV show marathons. The slim bezels also help give a more immersive experience, especially if you’re viewing movies up close. And even though it may only have a 1080p resolution, it looks sharp and clear to our eyes. Plus, having a 1080p resolution does not look bad at all (even of the most sharp-eyed users) on a 24-inch display.

As for audio, the XG2431 does have internal stereo speakers, but don’t expect it to be a suitable replacement for your existing audio setup. While it can get the job done in a pinch, you’ll still need external speakers or headphones for a good audio experience.

Now we move on to gaming, and in this regard, the XG2431 does not disappoint!

Thanks to its fast 240Hz refresh rate and 1ms response time, playing esports titles, especially shooters like Valorant or CS:GO is a great experience on this ViewSonic monitor. As it’s proven that a high refresh rate monitor has a positive effect on performance, serious esports players will appreciate the capabilities of the XG2431. Plus, the fact that it’s just a 1080p display means you can take full advantage of its 240Hz refresh rate even if you’re playing on a mid-range gaming PC. After all, even if you’re playing on a mid-range GPU, you’ll get 100 to even 200 FPS on average on most esports titles. 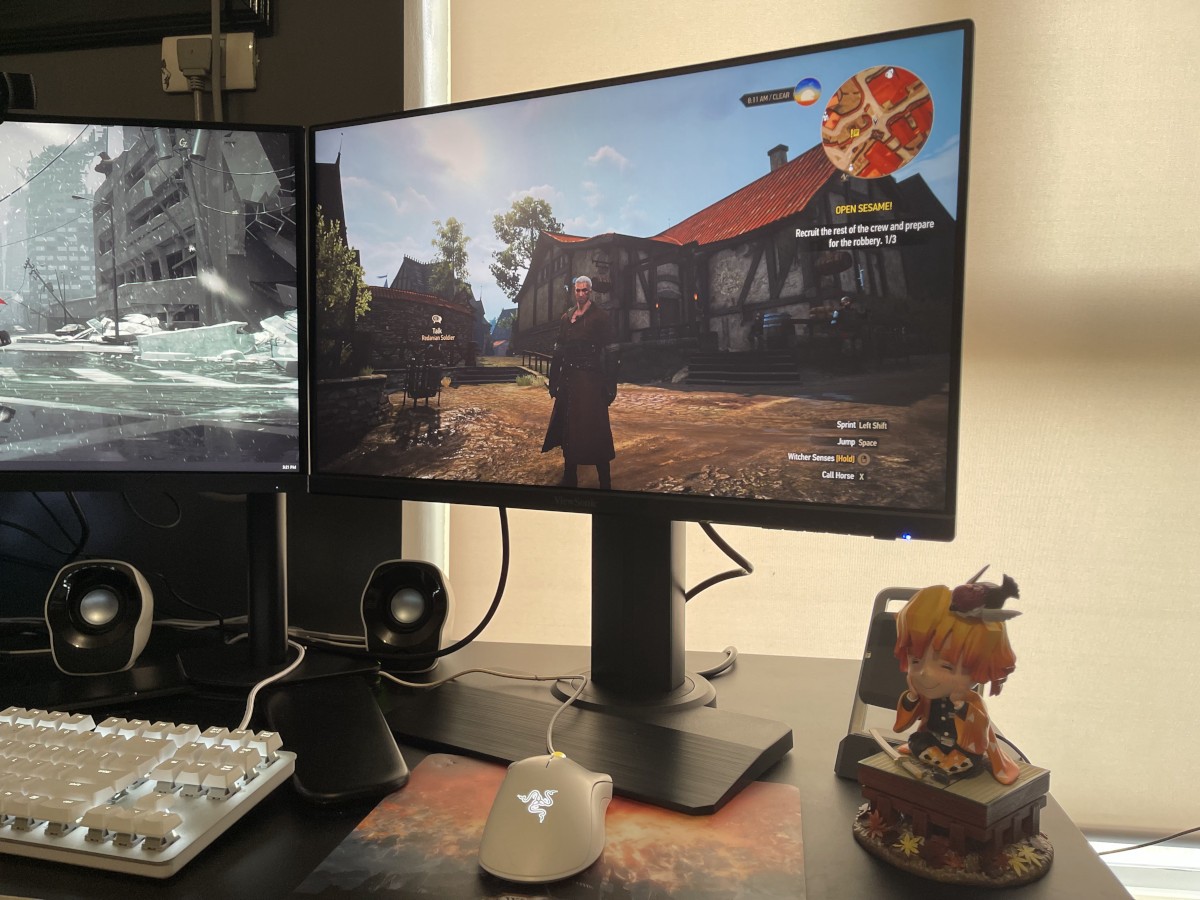 As for triple-A games, the XG2431 is also a great match. As I mentioned above, the IPS panel of the monitor means it produces more vibrant colors, meaning you’ll enjoy more cinematic games on this display; even more so if you have a powerful rig as you’ll also take advantage of the high refresh rate. The inclusion of DisplayHDR 400 certification also means you’ll enjoy high-dynamic range for supported games, though its HDR implementation is not the widest.

One interesting thing about the XG2431 is that it has FreeSync Premium, meaning you’ll enjoy a tear-free gaming experience if you’re running an AMD graphics card. Sadly, NVIDIA GPUs aren’t officially supported (you can try, but there might be issues like flickering) as this monitor is not branded as being G-Sync Compatible.

On the flip side though, the XG2431being a FreeSync Premium display makes it a good partner for the new Xbox Series X|S – that is, if you’re fine with a small 1080p display for console gaming. If you’re an Xbox owner, you’ll enjoy screen tear-free gaming as the Series X|S has variable refresh rate (VRR) support for FreeSync monitors.  As for the PS5, it doesn’t have VRR yet with FreeSync monitors, but it might in the future as it’s also an AMD-powered console. 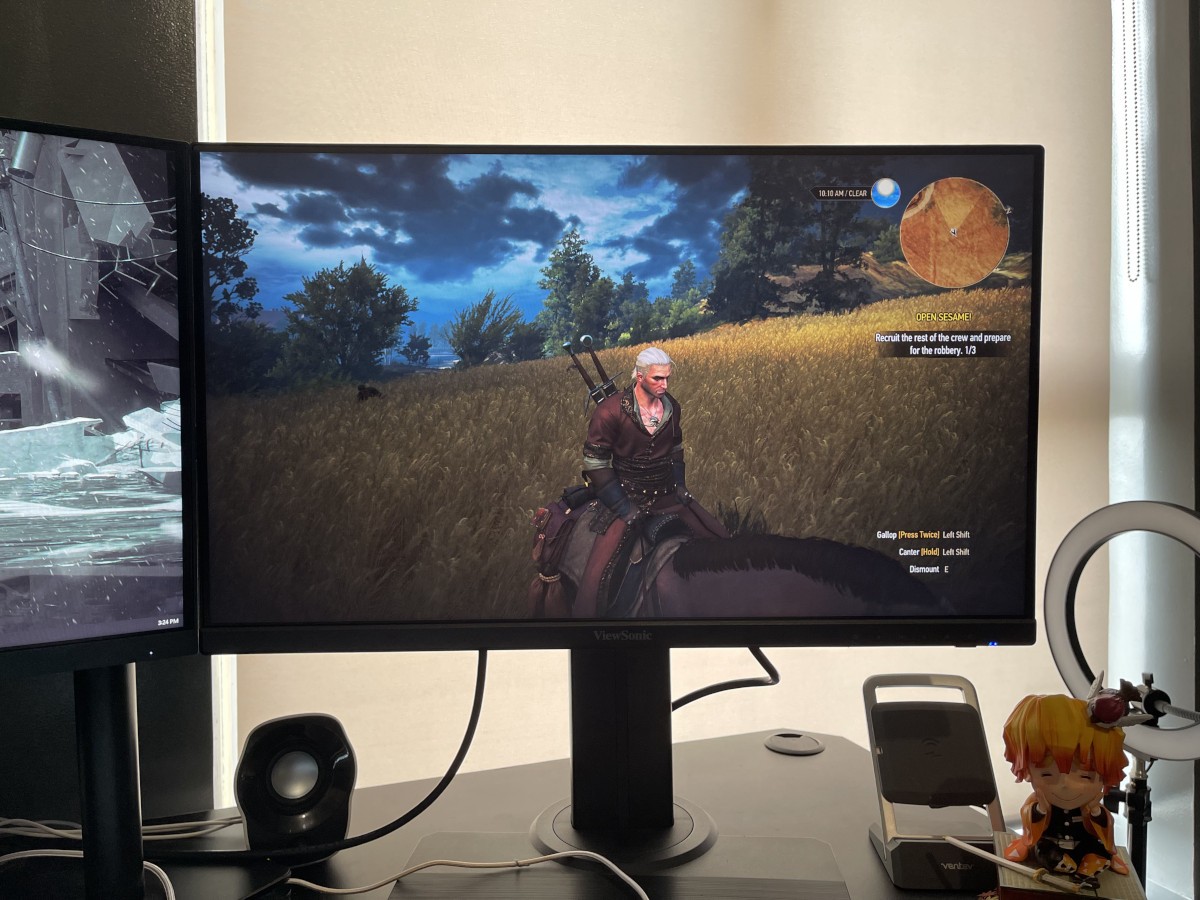 Aside from being a great monitor for movies and gaming, the XG2431 is also a comfortable one to use, even when you’re in front of it for hours thanks to its blue light filter. The including of flicker-free tech also helps make it easier on the eyes in longer sessions.

What helps in terms of comfort is that the XG2431’s stand is rather flexible. You can bring the display up or down, tilt, and swivel it for the optimal viewing angle. The stand also allows the monitor to be used in a vertical layout – great for users who work on documents and/or streamers. Plus, if you don’t have the space for it on your desk, the XG2431 is VESA compatible so you can just mount it.

If you need to fix some settings, the XG2431 has six keys (including the power button) with different functions. As for its UI, I found it to be easy to use. 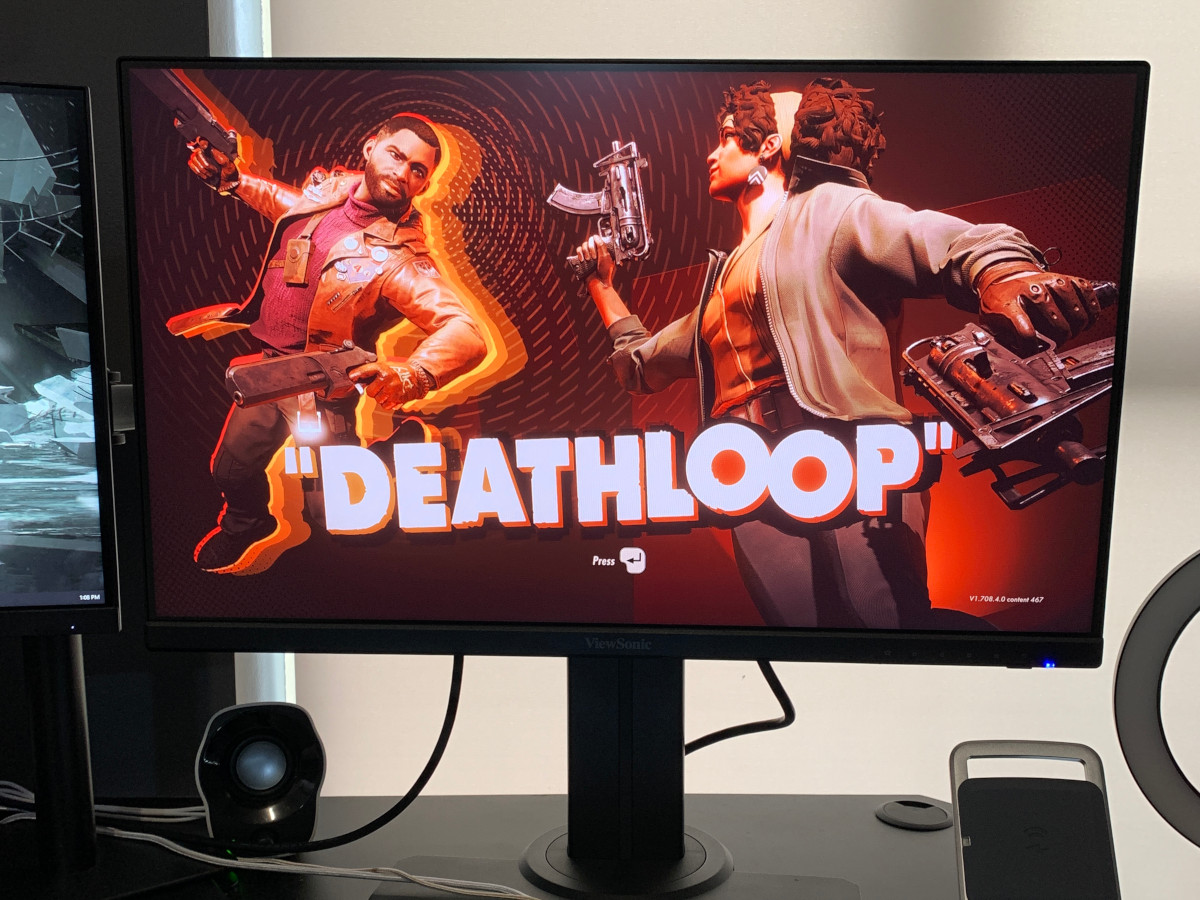 After testing out the ViewSonic XG2431, we found out that it’s not just great on paper, it’s an excellent gaming display overall. Thanks to its impressive performance for gaming, as well as its vibrant output for movie/series marathons, you won’t be disappointed with this new ViewSonic monitor. Plus, its design, while a bit plain, is functional and flexible, meaning it’s an easy monitor to integrate or add on to your existing setup.

As for price, the XG2431 has an SRP of PHP 18,499. While it’s a bit pricier than other 24-inch gaming monitors, it’s one of the few in its price range that has a fast 240Hz refresh rate. This makes it a pretty good deal, even more so for gamers who use an AMD GPU in their setup.