The best PUBG teams of the region are battling it out in this tournament. 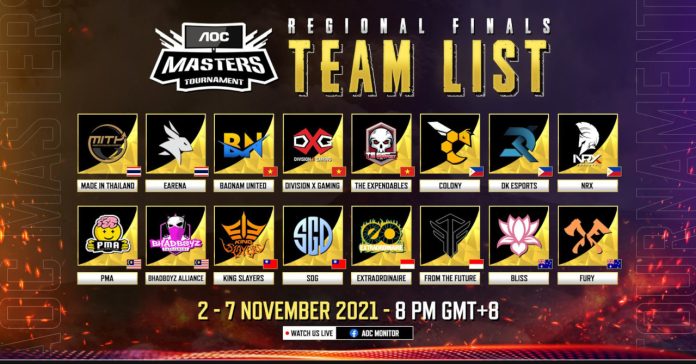 The AOC Masters Tournament 2021, one of the biggest PUBG events in South East Asia and Oceania, has entered the Regional Final Stage.

And in case you’re unfamiliar, the AOC Masters Tournament is one of the biggest PUBG events in Southeast Asia and Oceania has entered the Regional Final Stage after the qualifying stage. During that initial stage, teams from within several countries/regions, including Taiwan, Vietnam, Philippines, Malaysia, Indonesia, Thailand, and Oceania faced off against each other until only a few teams remained. Following this, the top teams moved on to the ongoing Regional Finals.

The Participating teams in the tournament include: 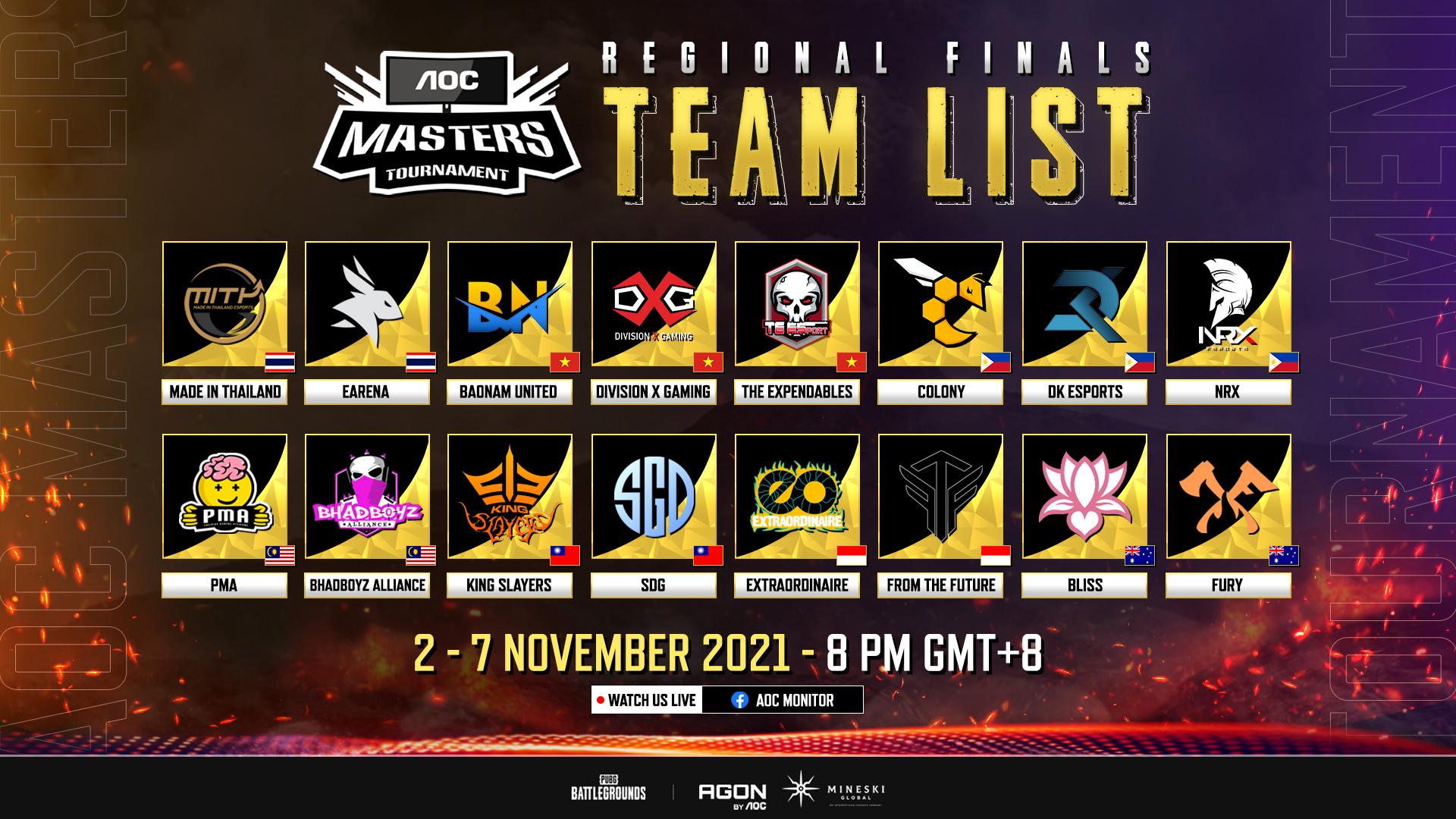 This tournament is organized by AOC, in collaboration with Mineski Global and PUBG Battlegrounds, and this is one of several AOC projects to give esporst players a platform to show off their skills.

To go along with the tournament, AGON by AOC unveils a newly-branded AGON PRO line for professional team gamers.

The Regional Finals is happening now until November 7, 2021, and will be broadcasted on the following channels: