The first four episodes are impressive! 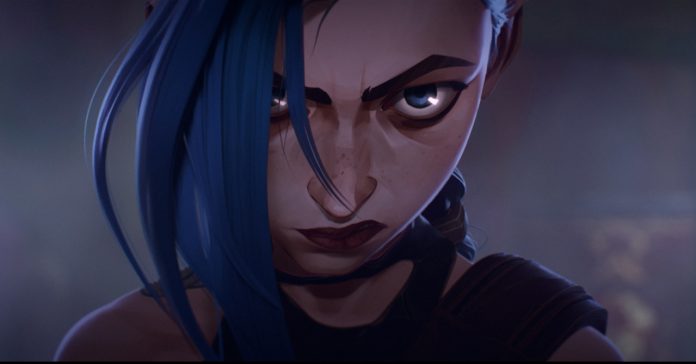 The first three episodes of Arcane – Riot and Netflix’s new League of Legends animated series – are out now, with the rest of the episodes getting released over the following two weekends. Though ahead of the series’ premiere, I got to watch the show’s first four episodes which gave us a good indication of the new LoL animated show’s quality.

For the last couple of years, Riot has released impressive animated shorts for League of Legends, so I had high expectations coming into this Netflix original; and I’m sure lots of fans do as well. While I can’t speak of the show’s quality as a whole as I’ve only been able to watch four out of nine episodes, what I saw exceeded my expectations.

Coming into the series, I was expecting it to expand the already rich lore of League. While it does indeed expand the game’s lore, what struck me even more is that, so far, it tells an incredibly engaging and well-written story.

I won’t go into much detail so as not to spoil your viewing, but I do have to remark on how tightly woven the series’ story is based on the initial episodes. The events that unfold are properly built up or foreshadowed, while the characters’ actions and motivations made sense within the context of the world and their experiences.

Along with the quality of the storytelling that was on display in Arcane’s first four episodes, what struck me about the series is that it’s still a compelling show to watch, even for someone who isn’t familiar with League lore.

Now, as someone who is quite familiar with League lore (I have been reading a lot of stories on LoL Universe over the past year), I had no trouble following the show’s story. But even if I take out my knowledge about the game lore, I can still see that the show can entertain new viewers who are interested in checking out League of Legends. Don’t worry though if you’re already a LoL fan, the series avoids lengthy exposition about how the world works. Instead, viewers gain more knowledge about the world more naturally through dialogue. It also helps that the series takes place in just one setting – Piltover & Zaun – making it easier to follow for those not familiar with the other regions of Runeterra.

Another way that the show is made compelling for new viewers is the strength of Arcane’s characters.

Arcane explores the past of several LoL champions, including the likes of Jayce, Viktor, and Caitlyn. Though it’s fair to say that the core of the story revolves around Vi and Jinx, two popular LoL champions, (Jinx is even one of the poster champions for the game).

Given that Arcane shows us their origins, this makes the show a gripping one to watch for longtime fans, all while making it accessible to newcomers. For fans, seeing these characters past selves is refreshing, and rather interesting as it can make them think how these champions became who they now are. As for newcomers, having the series be an origin story for the cast makes it easier to follow the events. Plus, it can make the viewing experience more engaging when they don’t know the eventual fate of these characters.

The fact that Arcane is an origin story for the cast isn’t the only thing that makes the characters compelling though; there’s also how well they are written and acted. Even if I only saw four episodes so far, I already have a good idea of each of the main characters’ personalities and motivations. This is a testament to the quality of the series’ script as dialogue not only served to propel the story, but to also give us a better idea of who these characters are.

Then there’s the acting. Again, I have not seen the full series, but I was quite impressed with the quality of the voice acting. For me, the cast did a great job in bringing these characters to life, even if they’re not the same voices that LoL fans are used to from the games.

What also helped give the characters life is the show’s beautiful art style and animation.

This shouldn’t come as much of a surprise if you’ve watched other LoL animated shorts before, but Riot and Fortiche Production pulled out all the stops for Arcane. The animation and the art style of the show is simply gorgeous and manage to capture the feel of LoL’s world well.

While the series is a 3D animated show, it doesn’t seem like your typical 3D animated work. This thanks to the distinct art style they used that combines a flat and a 3D look. Purely for the visuals alone, I would say that this series is a must-see; or at least a must check out.

Aside from excellent animation, a striking thing about Arcane is the music choice. Each episode features a modern-sounding pop song at some point. These songs definitely follow the Riot “house sound,” meaning they sound similar to most of the original pop music made for the LoL World championship events.

As this type of music is almost synonymous with League, it makes sense why they were used for the series. Though I must admit, hearing them in the first two episodes did take me out a bit, especially as I didn’t expect a vocal-driven pop song in the series’ setting. Still, in the next two, I did find that they matched the tone of the events nicely. Though these song choices may not be for everyone, at least based on the first episodes.

While I can’t yet give my final verdict on the show yet, I can say for certain that I can’t wait to see the rest of Arcane! Based on what I’ve seen so far, Arcane has a well-written story, excellent characters, and beautiful visuals. If the rest of the episodes are this good, then it’s safe to say that Arcane is an excellent animated series, and it bodes well for future League of Legends shows if Riot continues to make more of them.

- Advertisement -
Previous article
Katie Leung on what drew her to Caitlyn when voicing her in Arcane
Next article
Asiasoft continues ‘Sharing is Caring,’ donates over 260k USD to 16 organizations in SEA