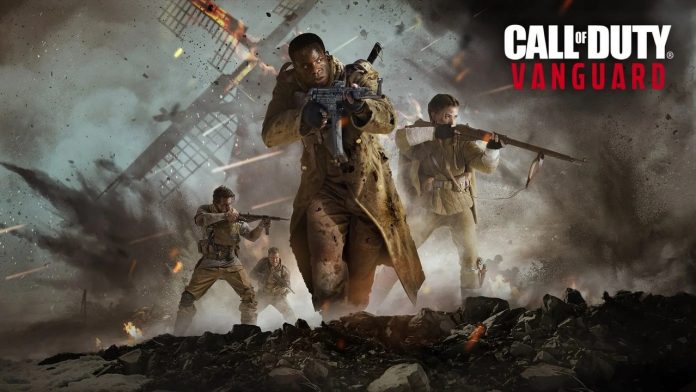 Call of Duty: Vanguard hops back in time as it revisits the war-torn era of WWII, tossing us again to the frontlines and getting us ready to kick some Nazi ass. The single-player campaign sees the operation of a ragtag of individuals band together to stop a Nazi secret operation. But as exciting as it sounds, I just have to point out that the campaign is short-lived and less memorable compared to other Call of Duty campaigns that I played before, despite having a tried and familiar premise from the same franchise. 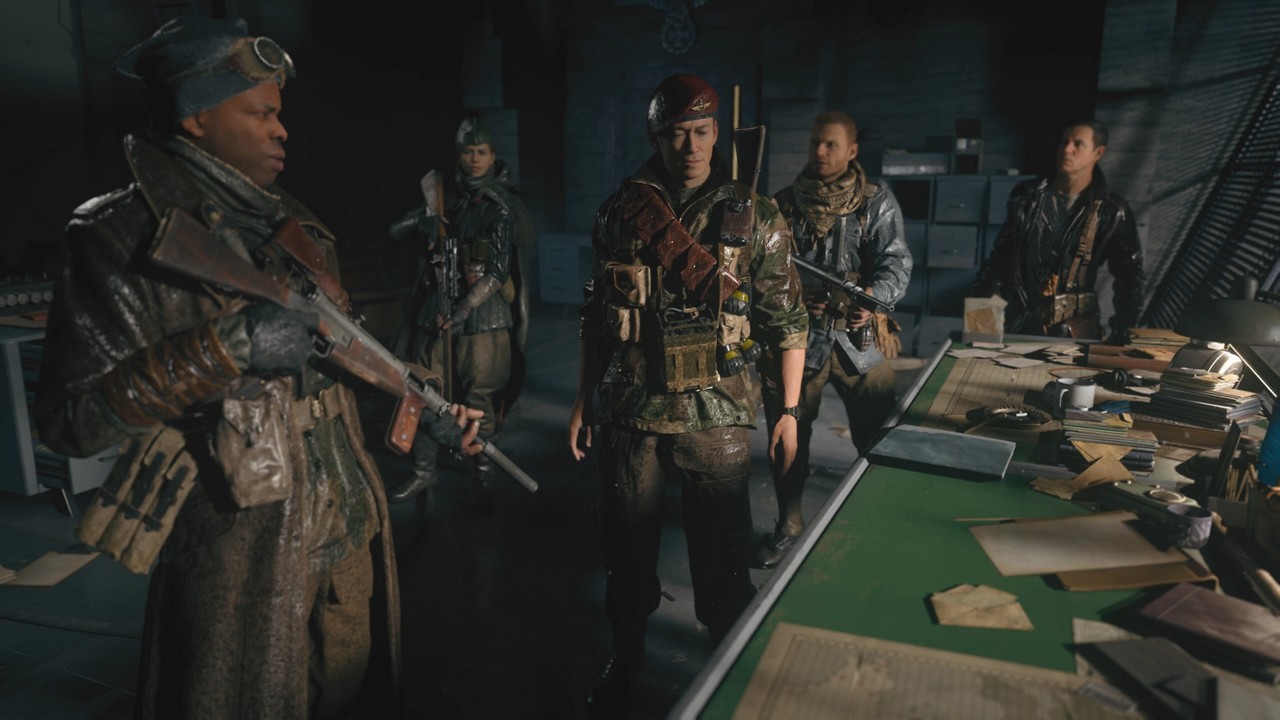 COD: Vanguard plunges us right into the middle of the action as it starts with an explosive train sequence, leading to an assault at a submarine dock where Task Force One, a group of special operation soldiers of the allied force, unveils a secret Nazi operation called Project Phoenix. Unfortunately for our soldiers, they’re ultimately captured and held as prisoners. The campaign’s timeline is set near the end of World War II where the news of the death of their Führer put the Nazis in disarray, leading to a secret plan of succession to extend the Reich’s regime. 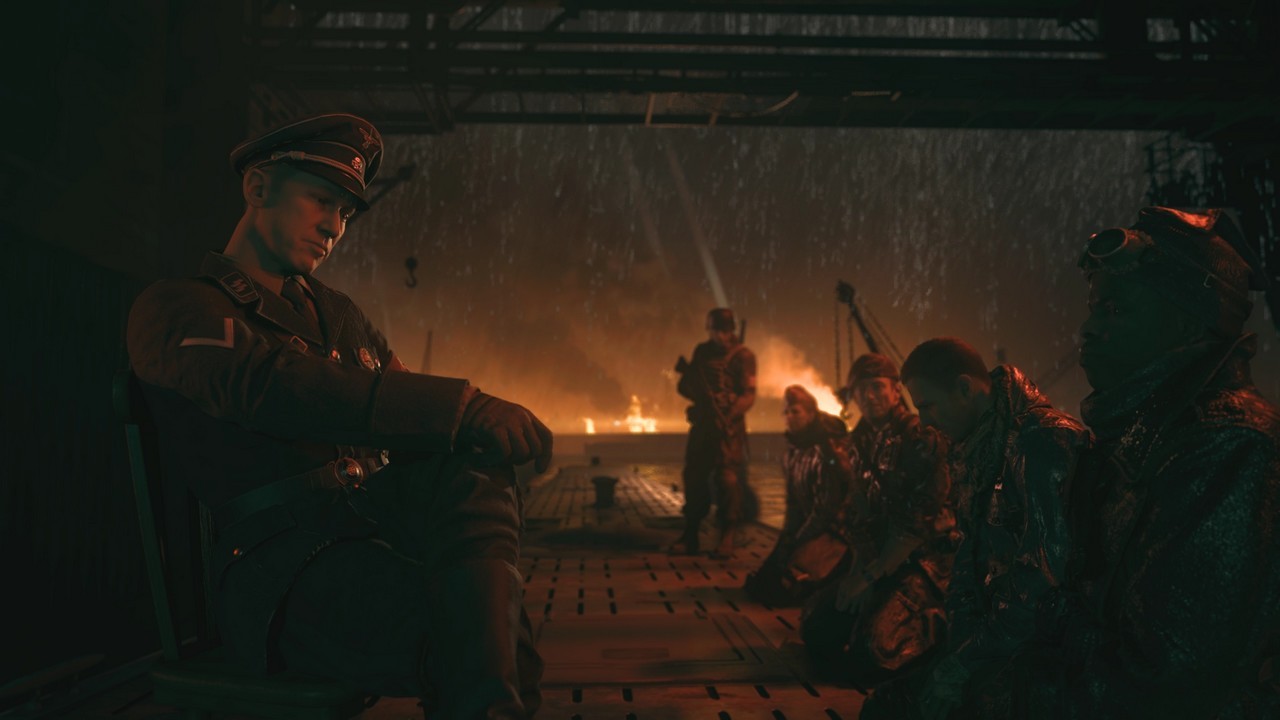 As they’re prisoners, the campaign’s story is told through the different flashbacks of each soldier from the different periods of WWII. Starting with the squad’s leader Arthur Kingsley, retelling his experience during Operation Tonga, which falls ahead of the fated D-Day invasion. That is followed by Polina Petrova’s story, who fought in the chaos of Stalingrad,  and it then moves to the ace pilot Wade Jackson’s story who sunk battleships during the Battle of Midway; their clashing personalities feel like they’re the Guardians of the Galaxy of WWII (but no Chris Pratt). It is a tricky story structure to execute since you’re currently following the main plot then suddenly the perspective ships to a character at a different point in time and with a short run time. While interesting, each backstory becomes forgettable since the campaign ends before you can even appreciate it. 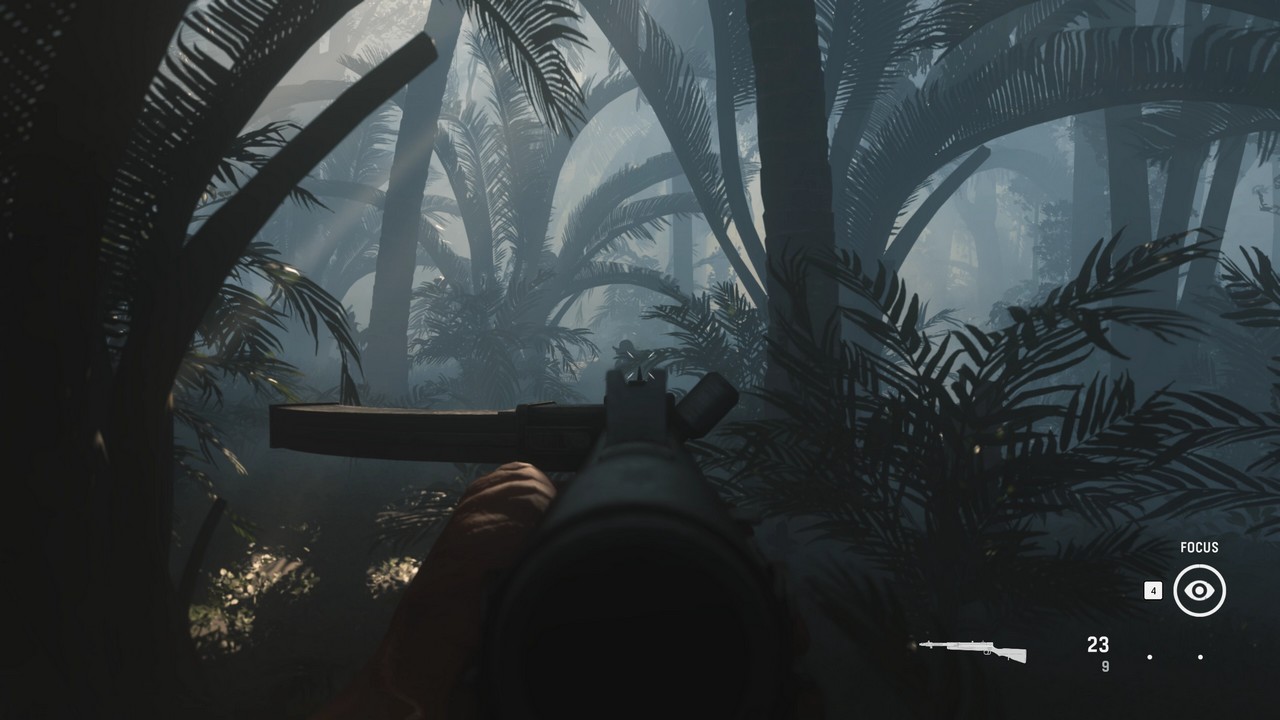 Although every COD campaign has always been short, with an average run time of about five hours or so as a whole. Despite being short, the previous entries’ plot feels more solid; despite jumping to a different perspective, there’s still a feeling of urgency to the previous COD campaigns, as each operation is a build-up on stopping a warlord, and the sense of camaraderie that the characters built is there.

If I compare it to the Call Of Duty: Vanguard campaign, it all just boils down to “I hate Nazis let’s kill them.” Admittedly it sounds dumb when I describe it this way, and I do understand that the characters are indeed soldiers fighting the same war. But every time that the perspective changes, it feels like a disconnect to the current operation at hand, spending less time for Task Force One to be portrayed as a team, showing less time for them to be built as a unit. 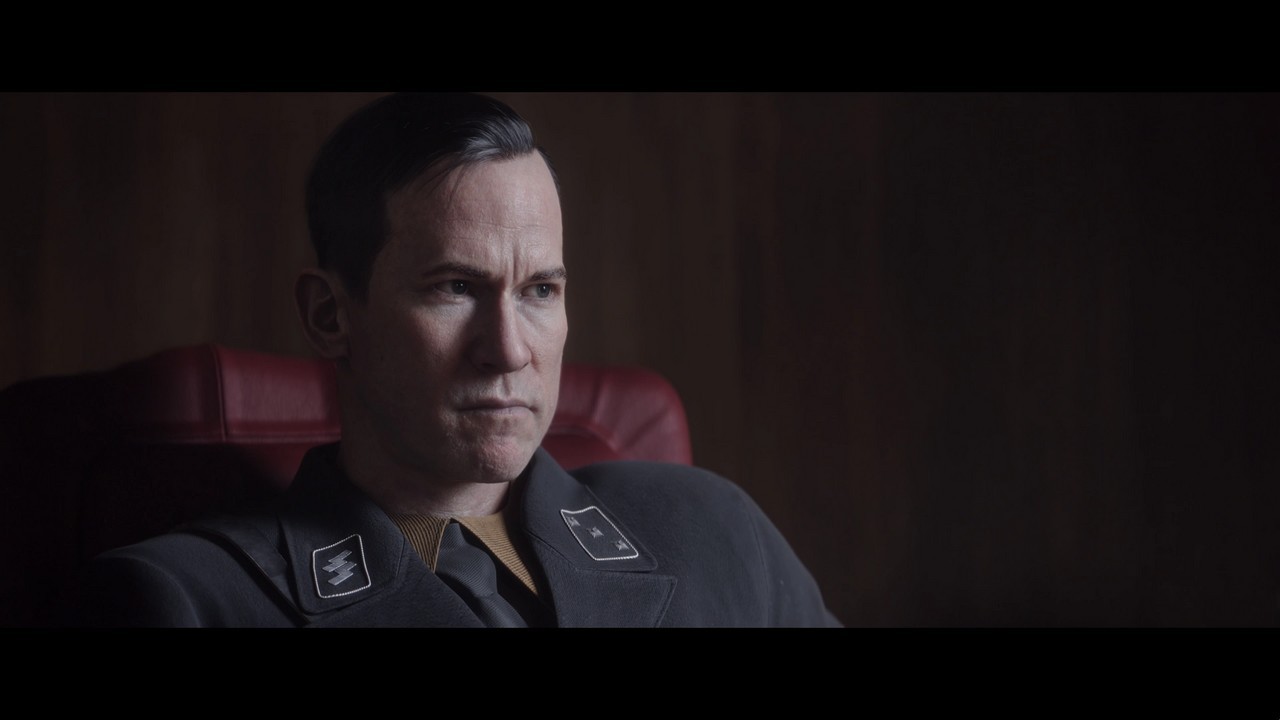 Still, the performance and portrayal of characters are well executed and the plot obviously tackles the discrimination of the Nazis towards other races; which is a shame since it won’t leave much of an impression when you finish each mission. Fortunately, playing each character lets you experience their different specialties, making gameplay feel a bit different in every chapter.

Through Blaze and Glory 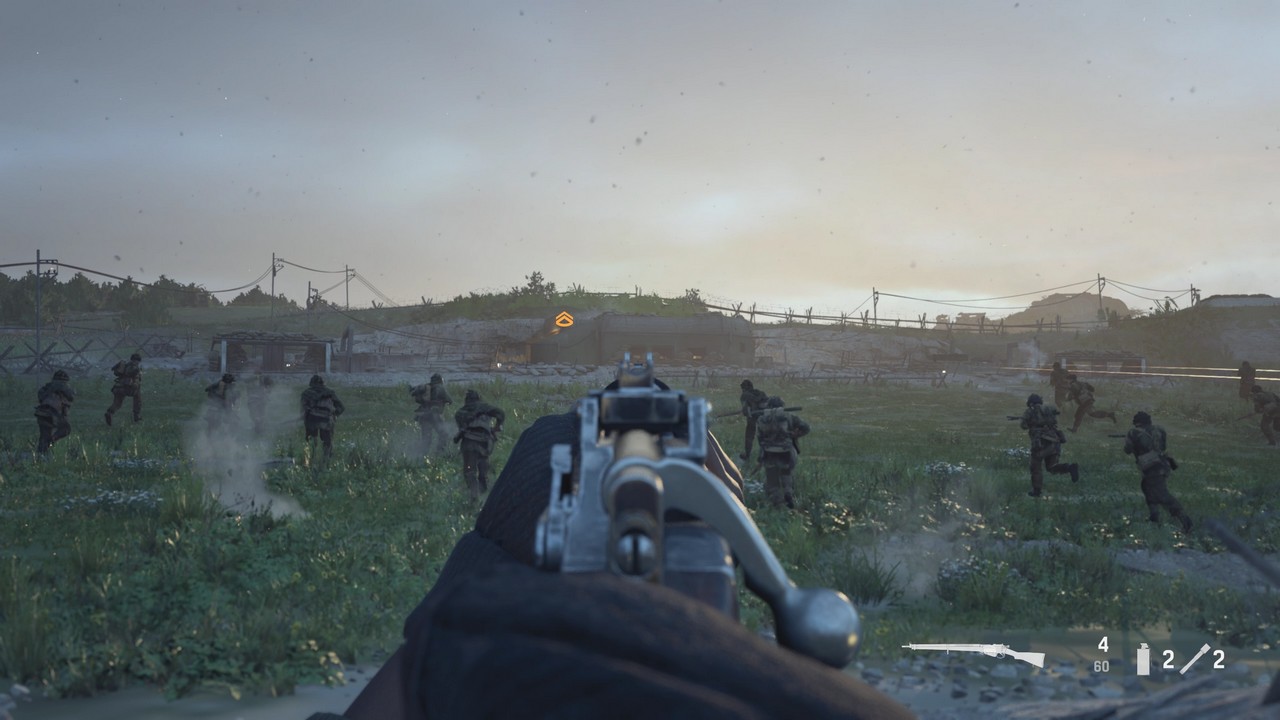 The gameplay feels as solid as ever, with the fast-paced gunplay complimenting the returning mechanics from previous titles like weapon mounting and double sprint. You can also feel the power of each gun you’re holding through its recoil and the destruction it makes to an unfortunate recipient translate it. Playing as a different character in different chapters lets you experience their special perks; Kingsley perhaps has the most boring ability as he can only order for his unit to rally and attack a certain target. For comparison, Polina can climb special walls, letting her get to higher places, and she can move faster while crouched. Then there’s Wade who can use his “Focus” ability and sense his surrounding for his surrounding in a lush jungle surrounded by enemies. 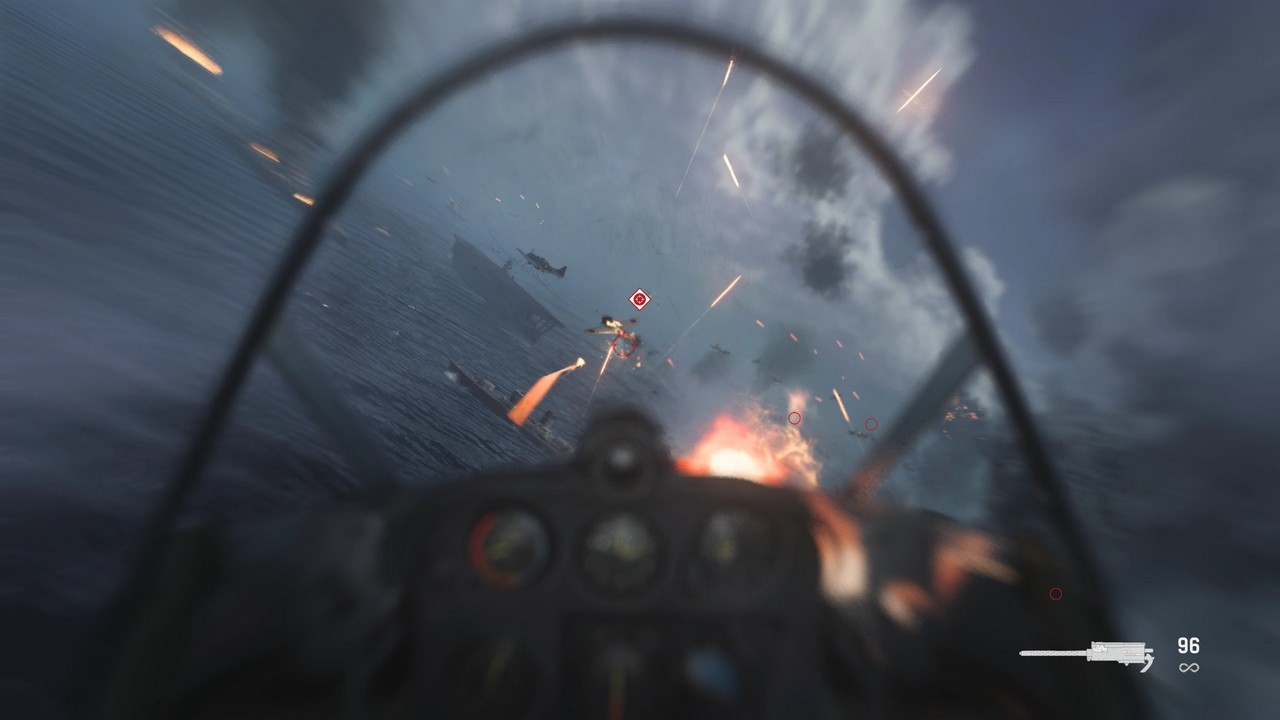 It’s not new for COD to change the pace in every mission, with some parts of the campaign having a mix of both stealth and rally through enemy fire. But perhaps my favorite part in the whole game is the Battle of Midway where you get to pilot a fighter plane, putting you into a dog fight with the Japanese Forces in the air. All of the game’s section have been done before, but if you want to shoot some evil Nazis and hear loud explosions, then you’ll definitely get what you paid for here in COD: Vanguard. Plus, the musical score on different situations changes and fits to put the right tension during explosive moments or puts an emotional feel during a dramatic scene. 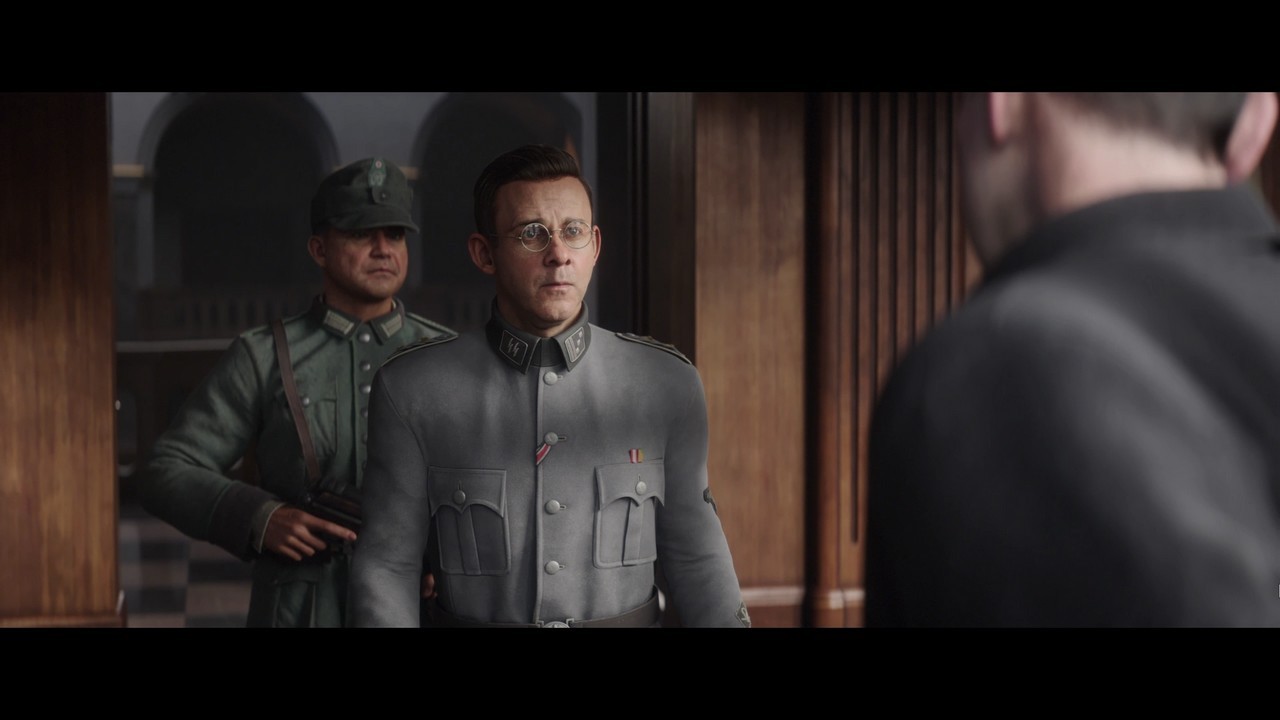 Another thing I didn’t like too much is the campaign’s lack of collectibles, making each mission feel too linear, as if it encourages you to finish immediately, leaving no room to explore the environment and appreciate the high-res models. If I compare COD: Vanguard to COD: WWII, the latter has more things to do since it lets players do a bit more in the field.

Call Of Duty: Vanguard’s campaign part is still good, but compared to the past COD campaign’s set in WW2, Vanguard’s campaign didn’t give that same feeling of being brothers-in-arms. Instead, we got an anthology story of WWII. It’s not the worst COD campaign ever, it just doesn’t offer anything new to make it stand out. Despite these rough edges, the gameplay still holds that COD trademark of satisfying action.

Call of Duty Vanguard tries to show a smaller portion of the end of WWII, unfortunately, it was too small and short to make a memorable impression compared to its previous entries. Regardless, COD: Vanguard still has series' signature gunplay, letting players enjoy the different portion of WWII, making it still a fairly fun campaign to play. Call of Duty: Vanguard Campaign Review | Time to revisit WW2