Cowboy Bebop Review (Netflix) | Not What I Expected 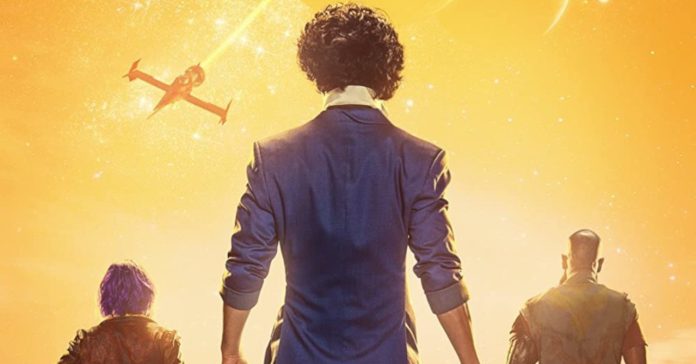 Cowboy Bebop is easily one of the most popular and most esteemed anime shows of all time. Not only is it an incredibly entertaining anime, it’s also a rare show that tackles deeper themes (much like how an arthouse film would), all while blending multiple genres to make for a series that’s “a new genre unto itself.” And that’s not even mentioning the show’s iconic music.

Personally, I love Cowboy Bebop. It’s no question my favorite anime of all time, and I hold in in the same high regard as I do my favorite films and games. I’m sure I’m not the only one who thinks of Cowboy Bebop this way, and because of this, making a live action adaptation is incredibly tough. After all, adapting such a classic means the pressure to at live up to the original (or at the very least, not ruin the original) is immense. Any wrong decision or deviation from the source material can ruin the show for a lot of fans.

Coming into Netflix’s live action Cowboy Bebop, my expectations were, admittedly, rather low. More specifically, I expected it to be either a straight-up adaptation of the original episodes (with minor modifications to fit live action better), or a totally new take on Cowboy Bebop. Instead, what I got was somewhere in the middle. 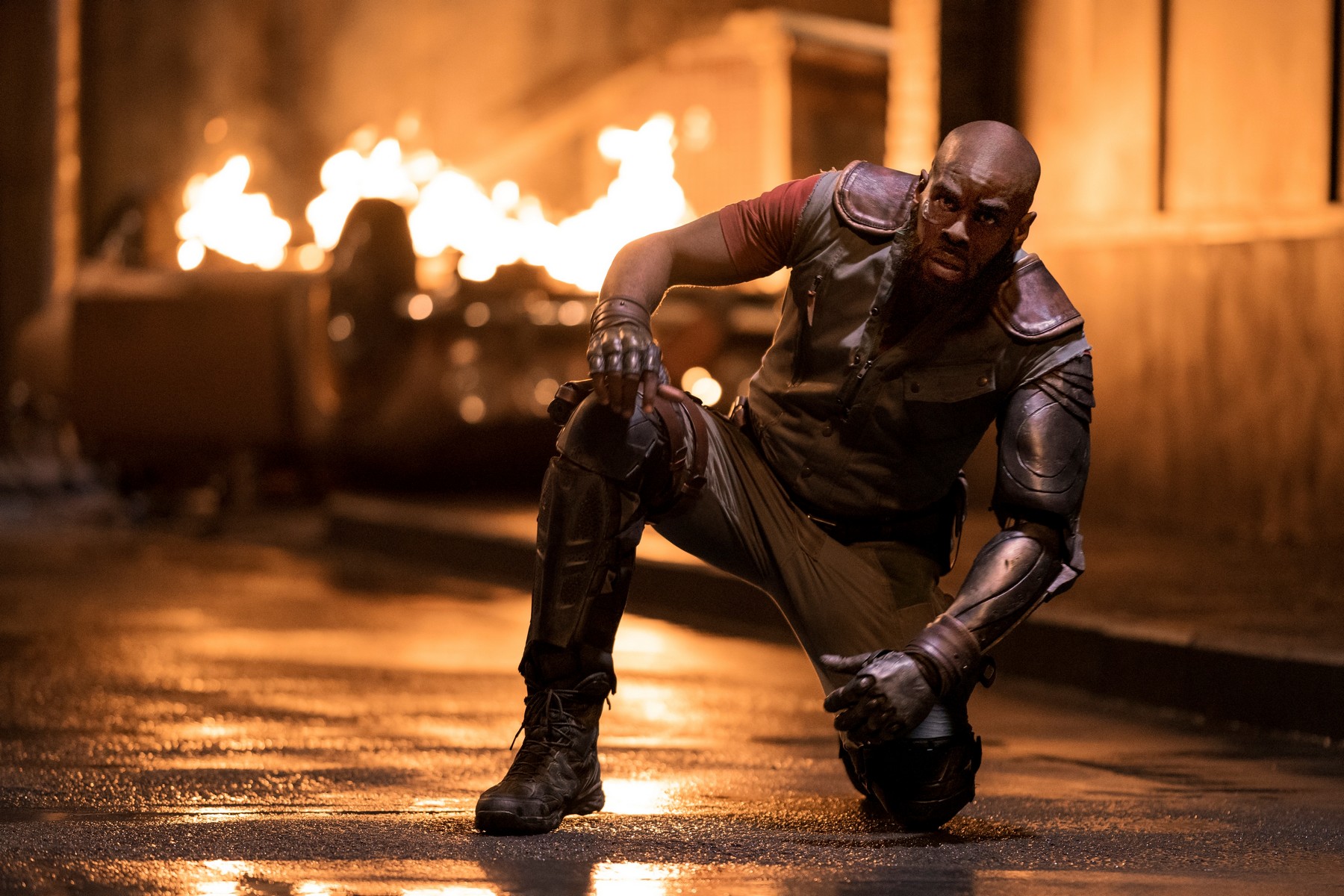 While most of today’s TV shows and anime are serials (meaning there’s a continuing plot episode-by-episode), the Cowboy Bebop anime is a mostly episodic show, meaning each episode has a self-contained story. There are episodes in the anime that serve to tell a more overarching story, but there are only really five of them in the series (The Ballad of Fallen Angels, Jupiter Jazz Pt. 1 & 2, and Real Folk Blues Pt. 1 & 2).

With Netflix’s live action adaptation though, they went with a more serialized format. While each 40-minute episode contains its own adventure, peppered within are scenes that build up the main storyline, making the show feel more like a standard Netflix series than what the original anime was.

Typical does not mean bad, but for someone who loves the episodic structure of Cowboy Bebop, I did miss it. In the anime, watching each episode feels like you’re watching different short films, each with their own genres or mix of genres. This makes the show feel more natural. It’s as if you’re watching a crew of Bounty Hunters just drifting through their lives instead of heroes that are destined for an epic showdown – a strong reflection of the series’ themes. 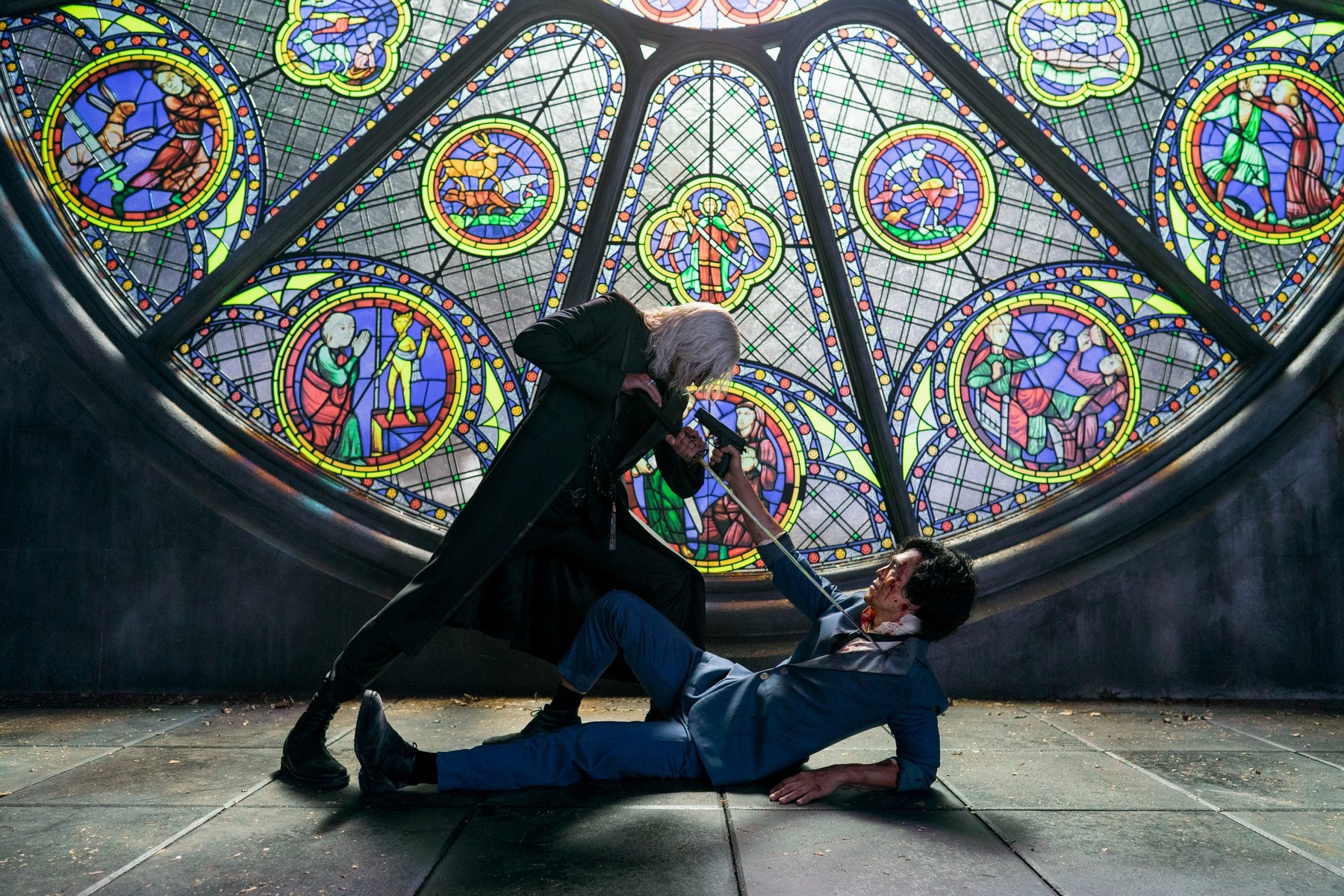 Sure, I lament the shift to a serialized format, but that’s me speaking as a fan of the original. When taken on its own, Netflix’s Cowboy Bebop is still a well-made show in terms of how it’s written and structured. Cowboy Bebop fans will even enjoy some of the unique twists that they made to the story. This is because, most of the live action series’ episodes are sort of remixes or the original anime episodes. Without getting into spoilers, each episode of this Netflix series is based primarily on an anime episode, but with elements of other storylines, complete with some original characters and twists.

Even though the format is changed, what the live action series retained from the anime is the soundtrack. Fans of the anime will be happy to know that a lot of the original tracks are used here. And yes, the new music is just as good as they tapped the legendary Yoko Kanno to compose the series’ music.

The Bebop Crew is Back 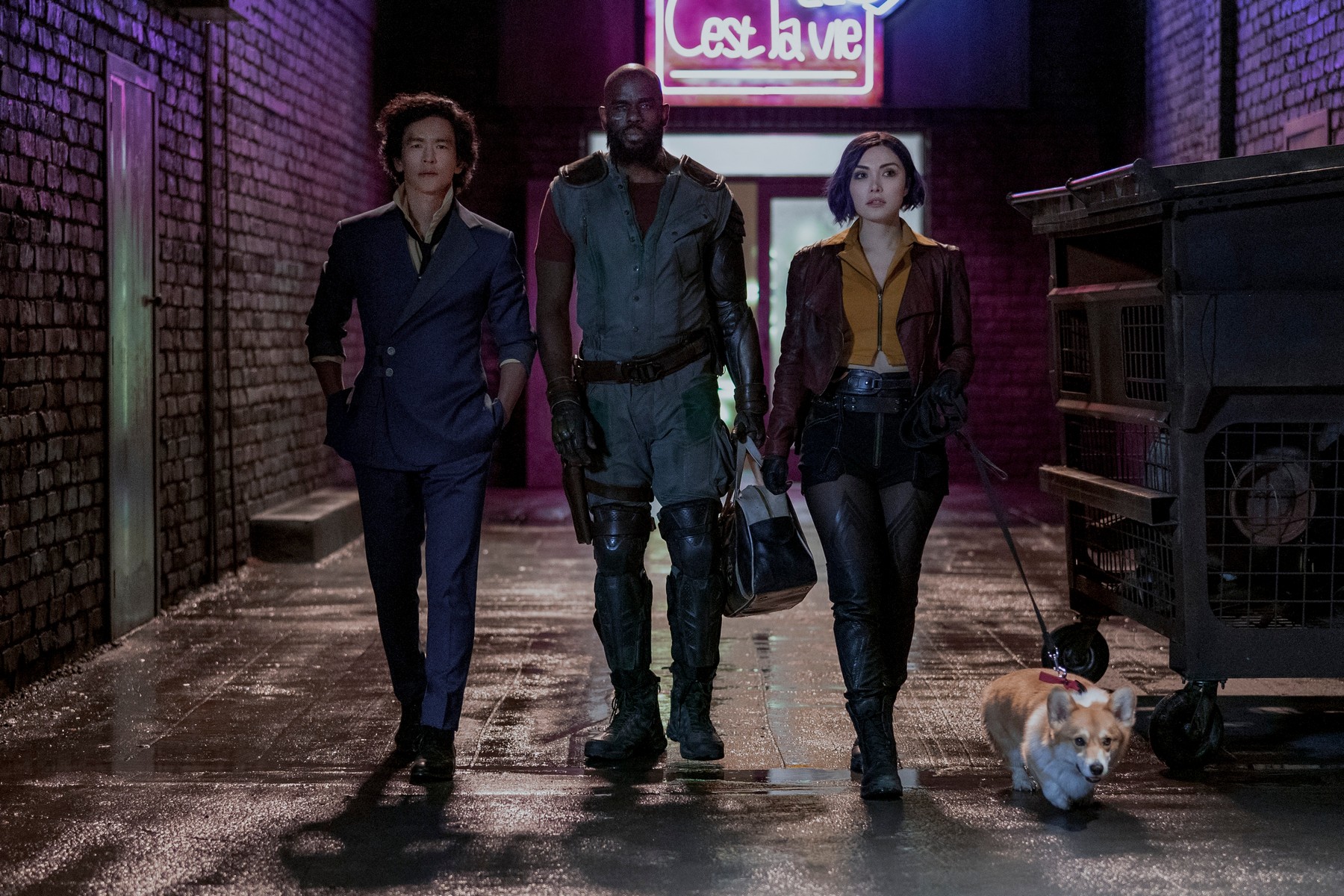 The episodes aren’t the only remixes in this series as the iconic Cowboy Bebop characters also come with their own remixed traits and origins. Don’t worry though, while there are some slight changes to the Spike, Jet, and Faye, the main trio here in the live action series sticks true to their original anime counterparts, at least in terms of personality and motivations.

Explaining the depiction of the Bebop crew in detail will delve into spoiler territory, so I won’t go too much into that (even if you’ve already seen the anime). What I do want to talk about is the performance of the main cast. Of the three, Mustafa Shakir as Jet Black is, for me, the best. Shakir just brought Jet to life accurately; he got Jet’s voice, demeanor, and mannerisms just right. Take it from me, Jet is my favorite Cowboy Bebop character, so I’m happy to see Shakir do him justice.

While I heaped praise on Shakir’s performance, Daniella Pineda also played Faye Valentine well in my eyes. Pineda was able to convey Faye’s sarcastic and arrogant exterior well, all while also showing off her vulnerability and in key moments. 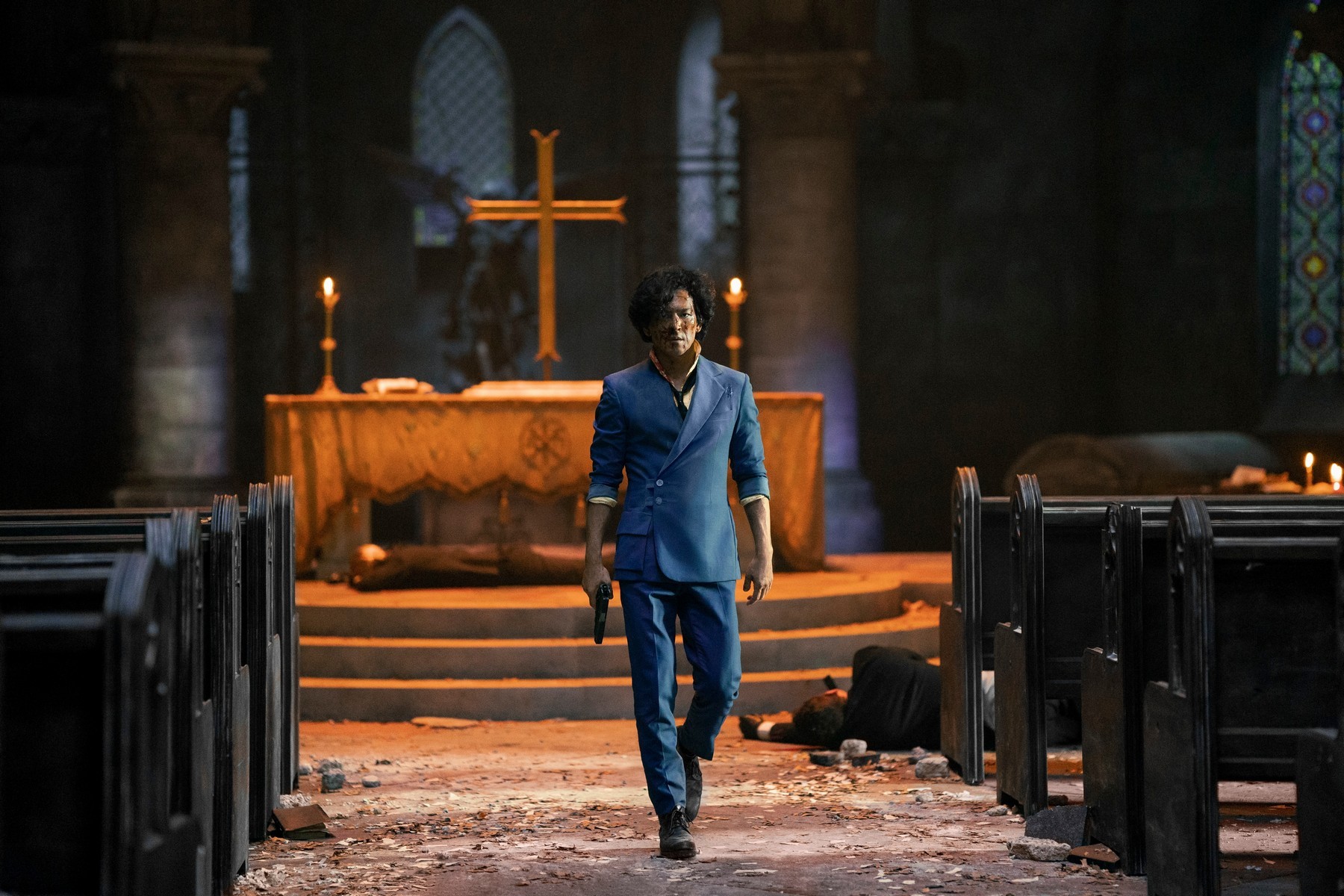 Now for John Cho as Spike Spiegel. There were a lot of doubts online regarding Cho’s casting as Spike. After watching the series, I can say that Cho did rather well as Spike. While his performance is not as accurate as Shakir’s Jet in my view, he still did Spike justice, even though he wasn’t as cool as anime spike. Though that’s a bit unfair to compare as I doubt any actor can be as cool as anime Spike Spiegel.

Before I forget, Ein the corgi in the live action series is just as cute and lovable as the original version, though I wish he had more screen time in this Netflix show. 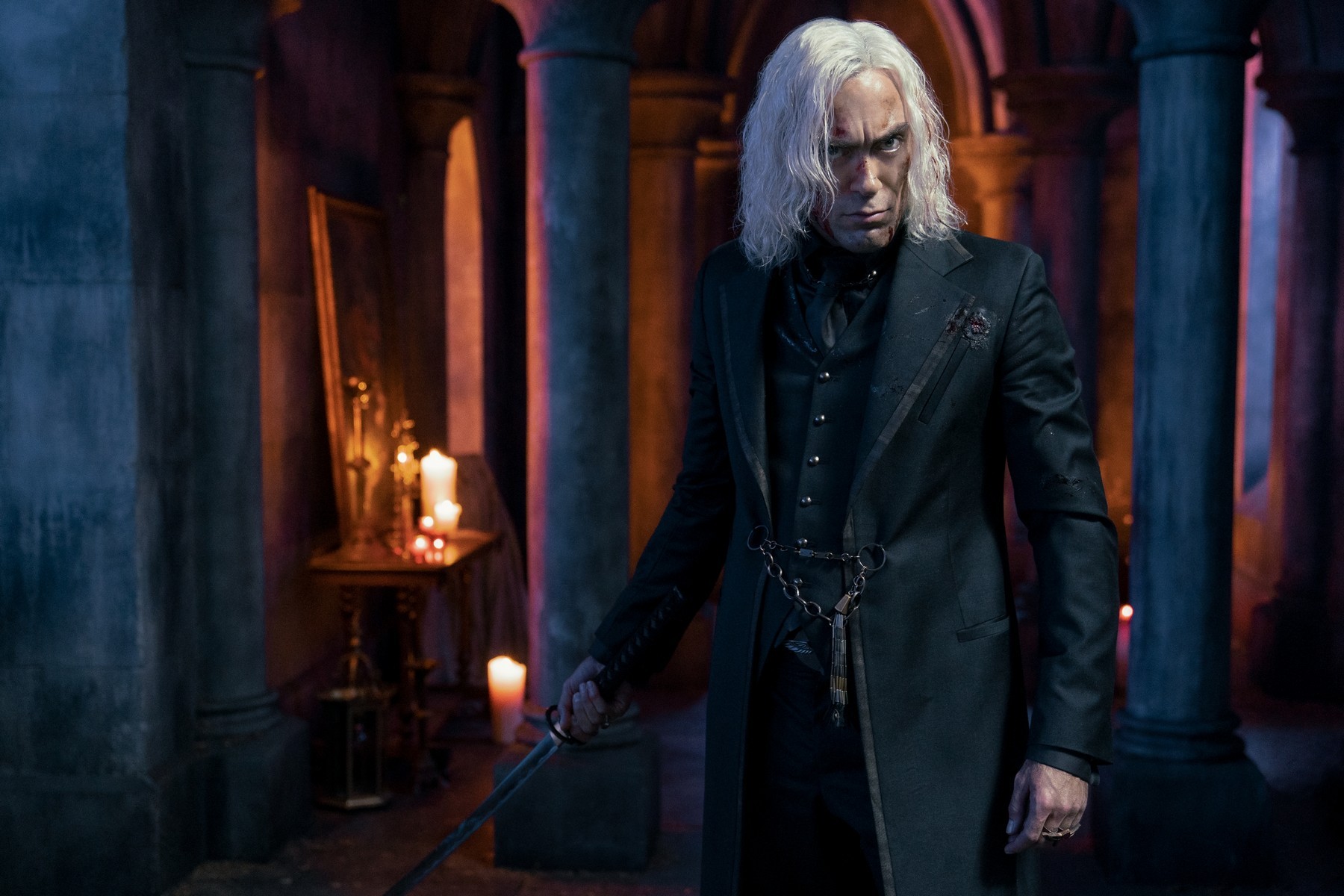 I want more Ein, though I could do with less of the other characters in the show. This is because some of the supporting characters in Netflix’s Cowboy Bebop have major changes, and not for the better in my opinion.

As I’ve already mentioned, it’s tough to explain this in a way that won’t spoil your viewing. Though I can say that Vicious and Julia are given bigger roles in this show, and I’m not the biggest fan of them here. While both actors portraying them did well enough, it’s the creative choices and the writing for the two that fell flat Though I do understand why they did this as it better fit the story that the creators were telling. While this didn’t ruin the show for me, I suspect that it just might for some ardent fans of the original.

Another interesting choice that the creators made in this show is giving the series a campier vibe, not unlike the live action Speed Racer of the Sin City movies. While this may not be to the liking of die-hard fans, I do understand why they went with a campy tone. After all, no matter how hard you try, I don’t think any live action series can do the anime justice in terms of cool factor. So instead of trying to be as cool as the anime, they went with camp to at least give it a unique and interesting vibe. 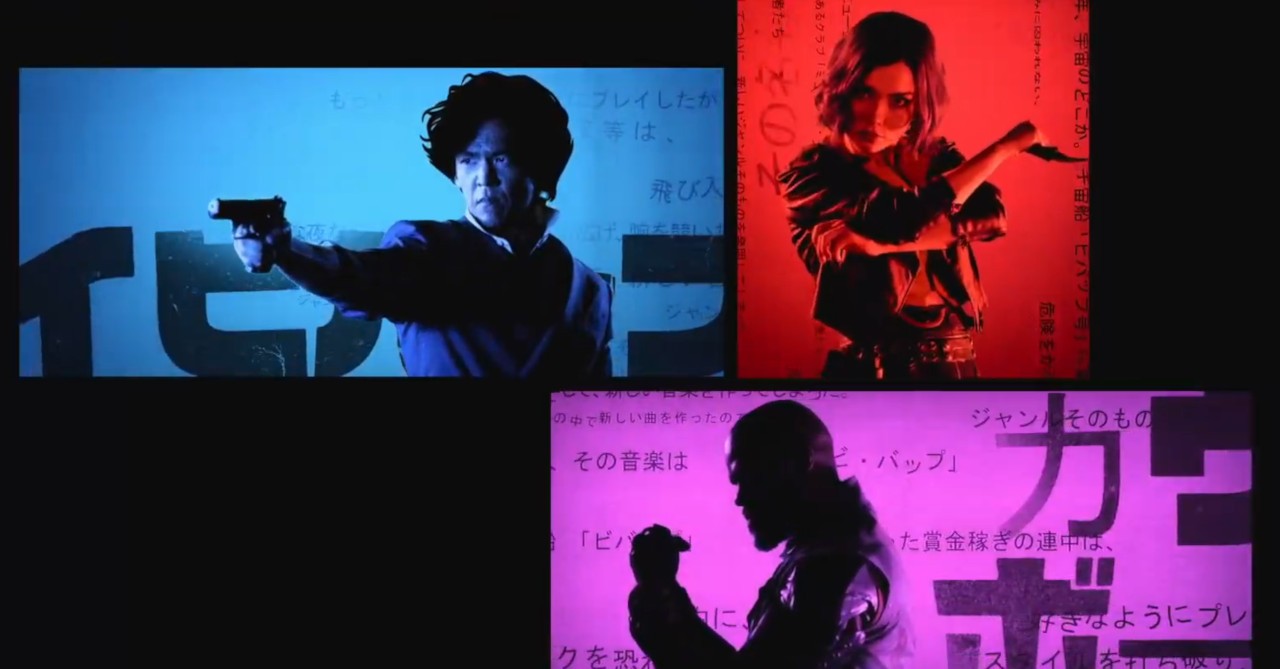 More of a remix than a straight-up adaptation, Netflix’s live action Cowboy Bebop series works as a tribute to the original created by a cast and crew that has a lot of love for Shinichiro Watanabe’s iconic classic. While it does carry the sprit of the anime, there are some creative choices in terms of character, tone and story that might prove unpopular to devoted fans of the original anime.

For fans of the anime like myself, Netflix’s Cowboy Bebop is not a trainwreck, but I don’t think that it can stand alongside the original. If you can look past some of the changes here, this series will provide an entertaining time that, hopefully, can introduce the anime to a new generation of viewers.