The Collector's Edition will come with an awesome 9-inch collectible figure! 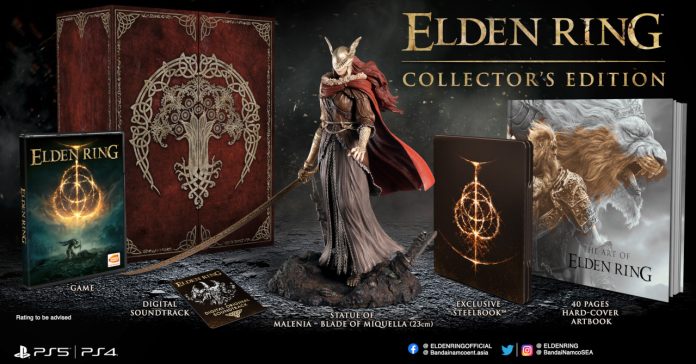 Following the recent gameplay preview, Bandai Namco has unveiled the Elden Ring Collector’s Edition, along with pre-order info for the game.

For starters, here is the Elden Ring Collector’s Edition: 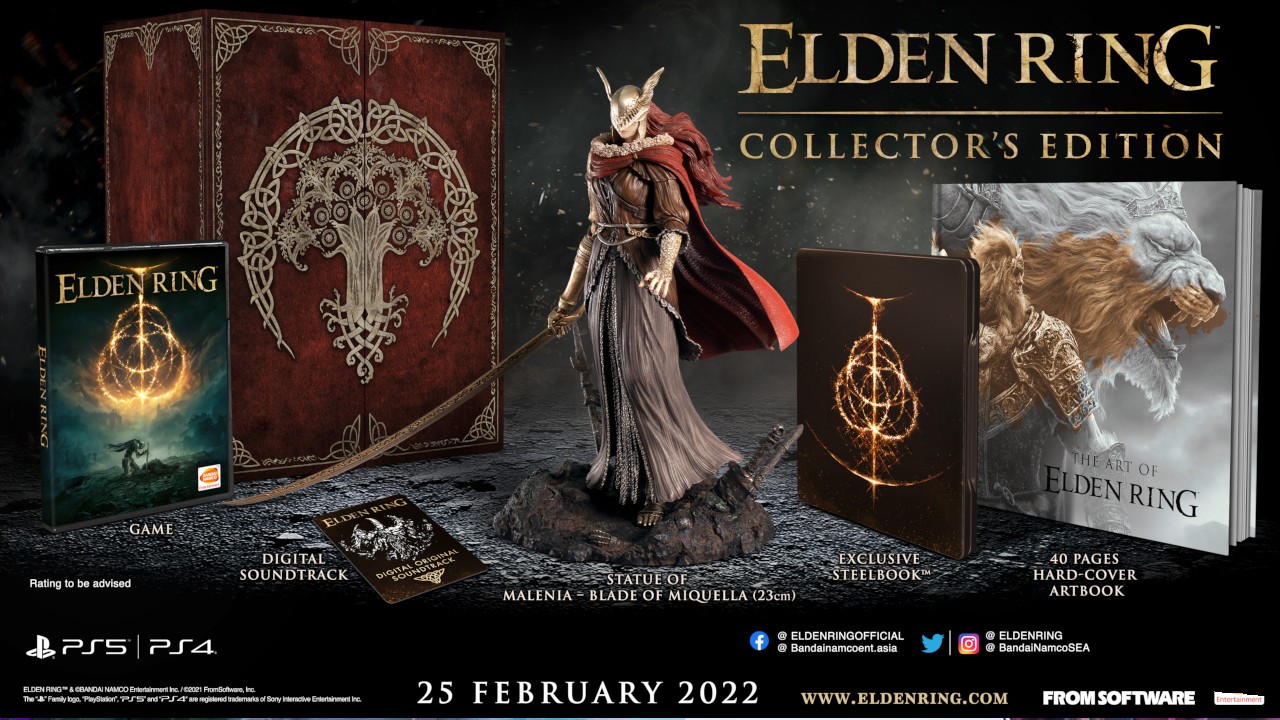 This edition of the game will be available in most countries, including in the Philippines and the rest of Southeast Asia. Though in SEA, the Collector’s Edition will only be available for the PlayStation 4/PlayStation 5.

Here are the contents of the Collector’s Edition: 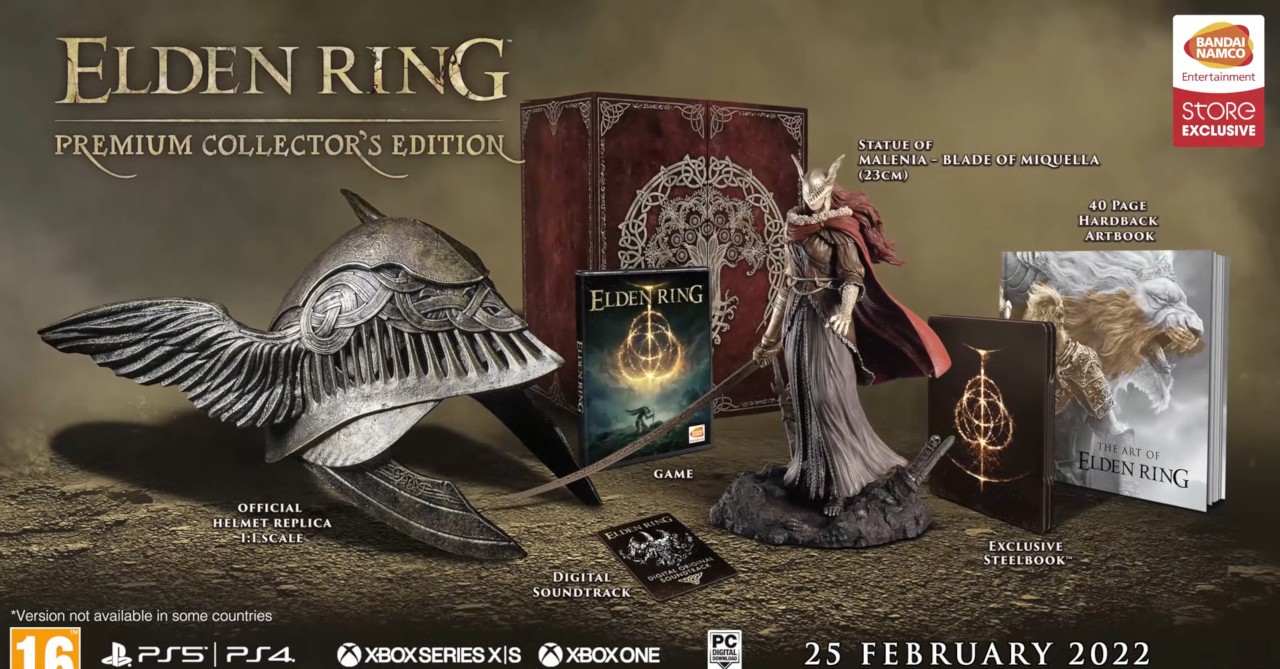 Elden Ring will also be available in a Digital Deluxe Edition on PlayStation, Xbox, and Steam. This edition will include a Digital Artbook and Original Soundtrack.

Meanwhile, Elden Ring will get a day-1 bonus for physical copies: an exclusive Spectral Steed Whistle replica made of 100% zinc alloy (available while stocks last). 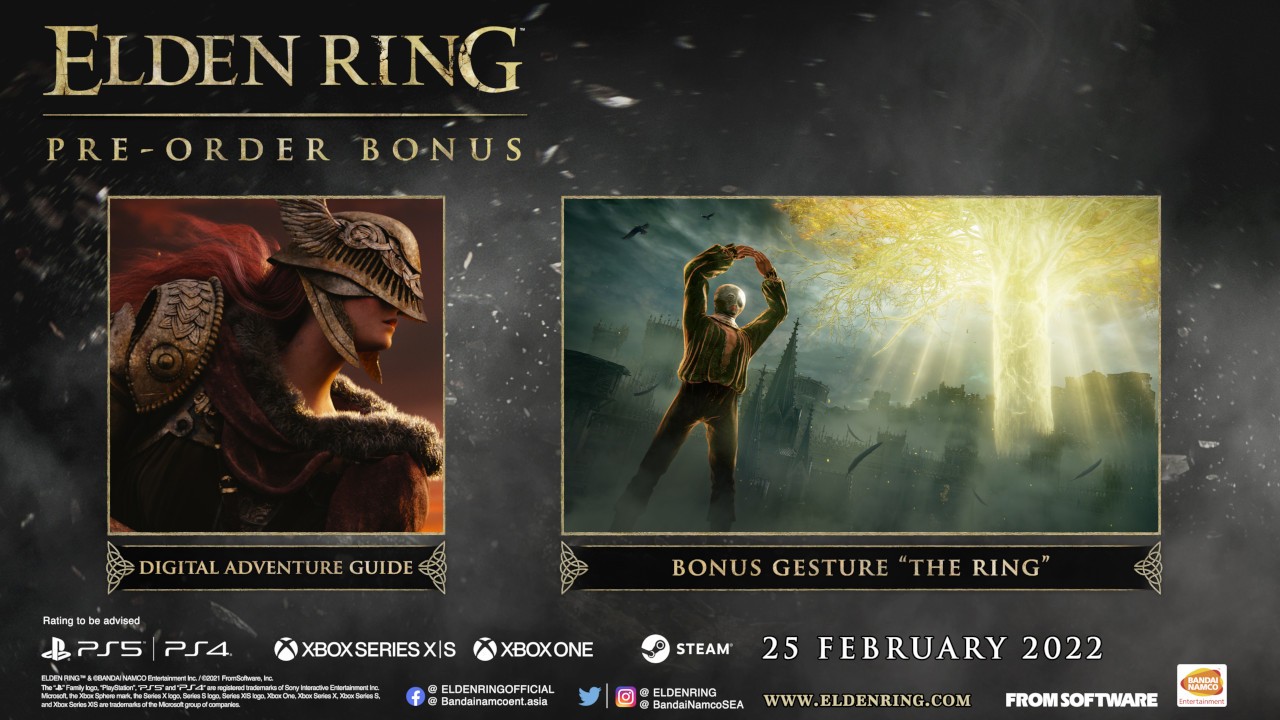 Finally, each pre-order of the game will come with The Digital Adventure Guide and the Bonus Gesture. These will be available for anyone who pre-orders either the Elden Ring Standard or the Collector’s Edition.