ESGS 2021 is happening this weekend: Here’s the full event lineup 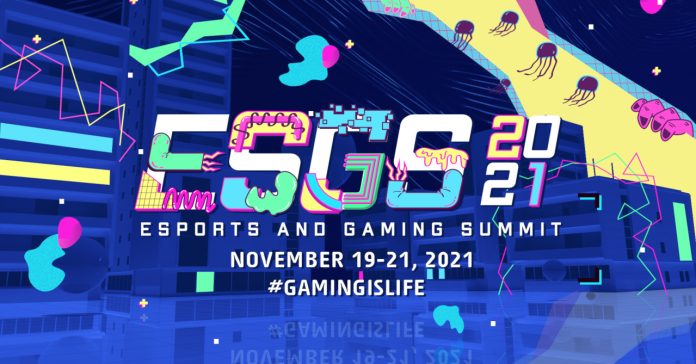 Officially announced last month, Esports and Gaming Summit (ESGS) 2021 is happening this weekend, and there are a ton of esports and video game activities in the lineup!

While this year’s ESGS will be held fully online just like last year’s, the event still promises to give Pinoy gamers a great time. So, to get yourself ready, here are all the online activities that you shouldn’t miss at ESGS 2021. 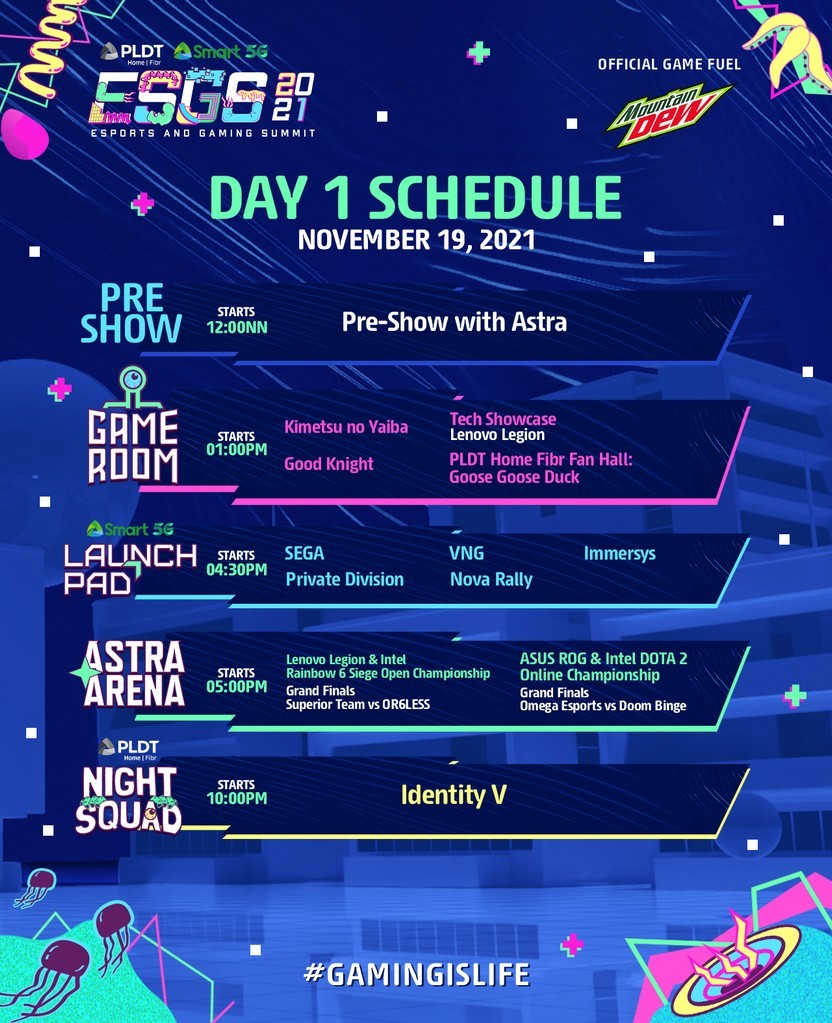 The first day of ESGS 2021 starts with a pre-show at 12 noon, followed by game showcases of Kimetsu no Yaiba, Good Knight, and more. Following this, expect more announcements at Launch Pad from SEGA, Private Division, and other publishers.

After these showcases, ESGS 2021 will feature esports tournaments for Rainbow 6 Siege and Dota 2 at the Astra Arena. Finally, the day will end with Night Squad where streamers will play horror games, starting with Identity V for Day 1. 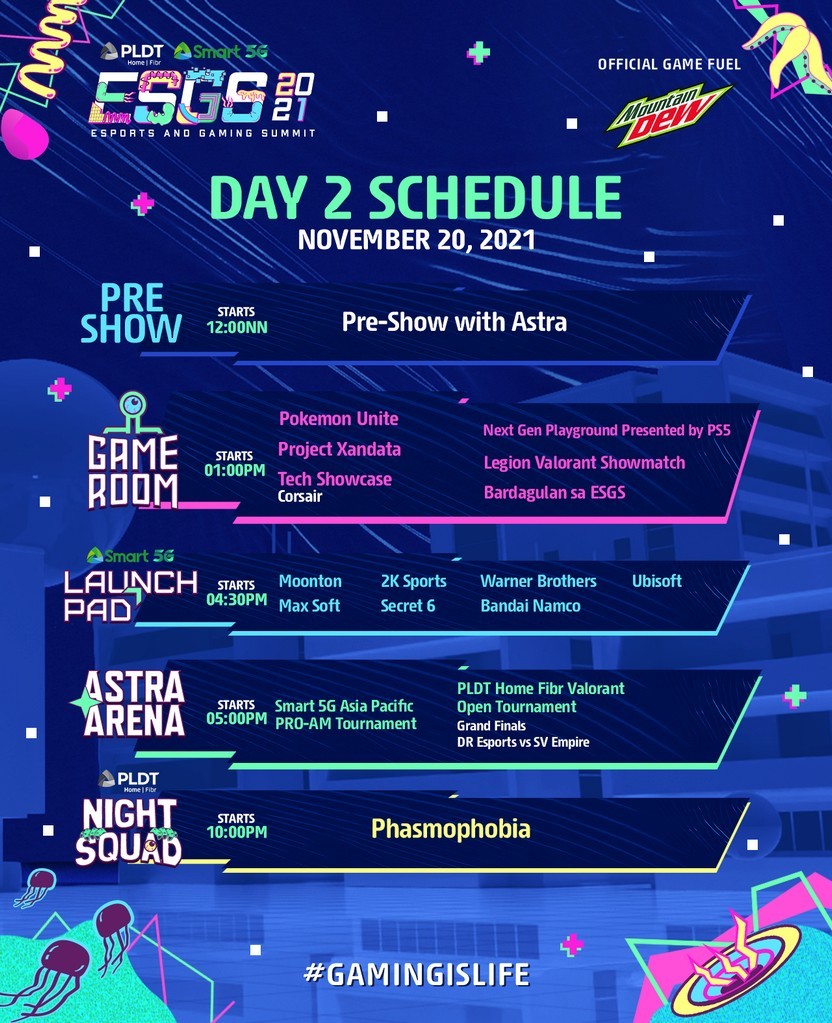 Day 2 will have a similar flow, with a pre-show followed up by showcases of different games, including Pokemon Unite, and Project Xandata. After this, gamers should expect announcements from various publishers, including 2K Sports, Warner Bros, Bandai Namco, Ubisoft, and more.

At the later parts of Day 2, there will be more esports action, followed by another Night Squad session, this time with streamers playing Phasmophobia. 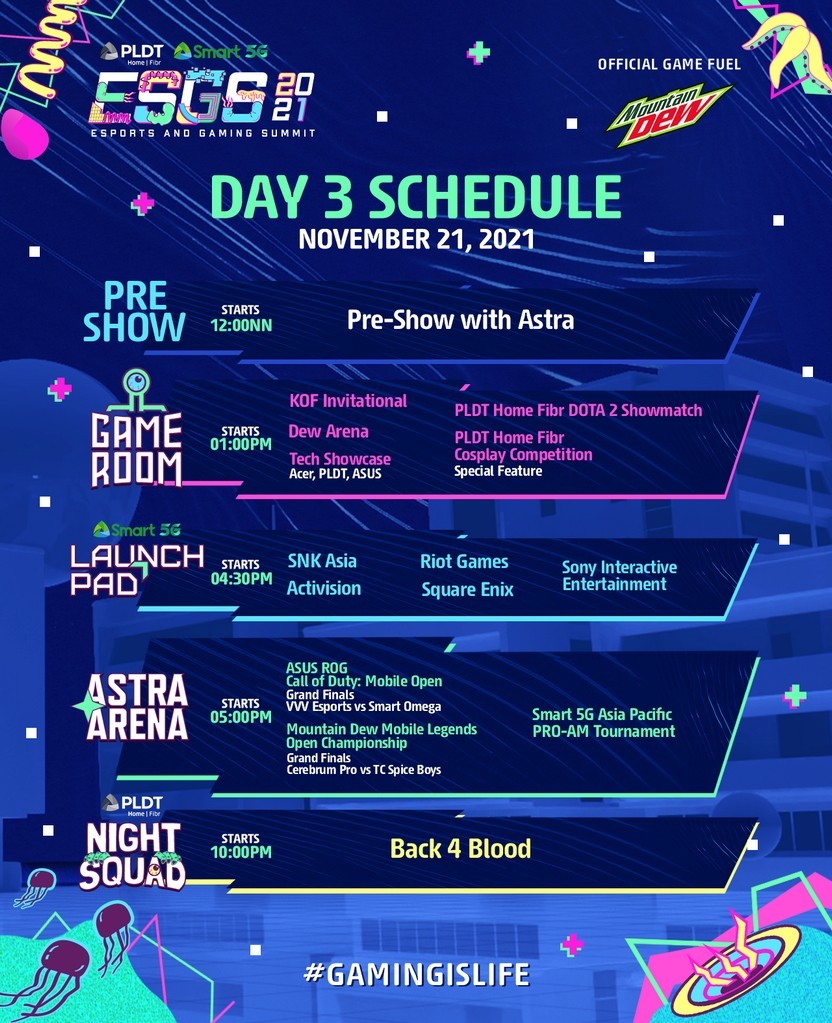 On the third and final day, ESGS 2021 will feature an array of activities, including a Cosplay Competition, Tech Showcase, and a Dota 2 showmatch. After these, expect announcements from Sony, Riot Games, Square Enix, and more.

Rounding out the ESGS 2021 lineup for Day 3 are more esports tournaments, and the final Night Squad session featuring Back 4 Blood.

Don’t miss out on these activities when ESGS goes live on Facebook at https://www.facebook.com/ESGSPhilippines on November 19-21, 2021.