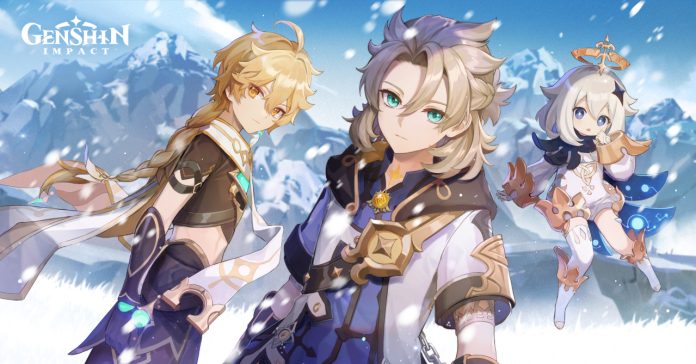 miHoYo has announced that Genshin Impact Version 2.3 “Shadows Amidst Snowstorms” will release on November 24. In this upcoming update, players can put their skills to the test with a series of challenges in the snowy mountains of Dragonspine. There, players can also investigate the disturbing mass disappearance of small animals in Inazuma, and get to know the two new playable characters — Arataki Itto and Gorou.

As with most major Genshin Impact updates, the highlight of 2.3 is no doubt the addition of Arataki Itto and Gorou. Arataki Itto is a new five-star character that wields a giant Claymore and the power of Geo. He promises to be a strong character with his empowered Charge Attacks, Superlative Superstrength, and the ability to transform into the Raging Oni King (which buffs his attack while lowering Elemental and Physical Resistance).

Meanwhile, Gorou is a new four-star that also wields Geo Vision, but is instead a ranged fighter with a bow. Gorou can provide buffs to allies with more Geo characters in the party.

Aside from the new characters, the 2.3 update will also come with the new 4-star Sword, Cinnabar Spindle. There’s also a wide array of additions, including the “Shadows Amidst Snowstorms” event which will challenge adventurers in Dragonspine. Players can also undertake the investigation into recent mass disappearances of small animals and a mysterious Warrior Dog. Finally, the update will feature the Golden Wolflord, a powerful new boss in Tsurumi Island.