Genshin Impact Voice Actors | Where else have you heard them?

Boy are there a lot of your favorite seiyuu here! 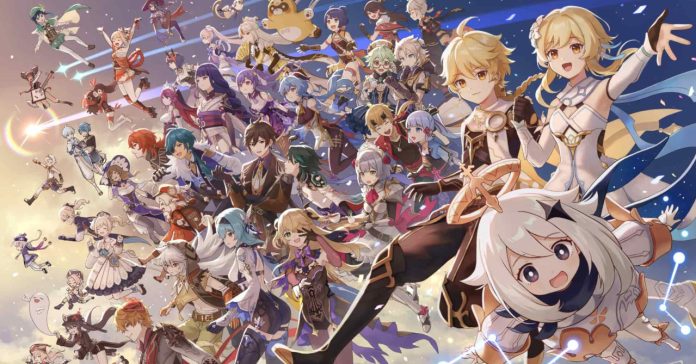 It’s a game that surprised us all in the weird timeskip of a year that was 2020, and we’ve been following the hype ever since. Genshin Impact hit the ground running in September and gave us the beautiful, sprawling land of Teyvat along with a cavalcade of colorful, intriguing, and somewhat relatable characters.

Except for Zhongli. He’s too much of a husband to be relatable. Everyone, including the fellas would agree. 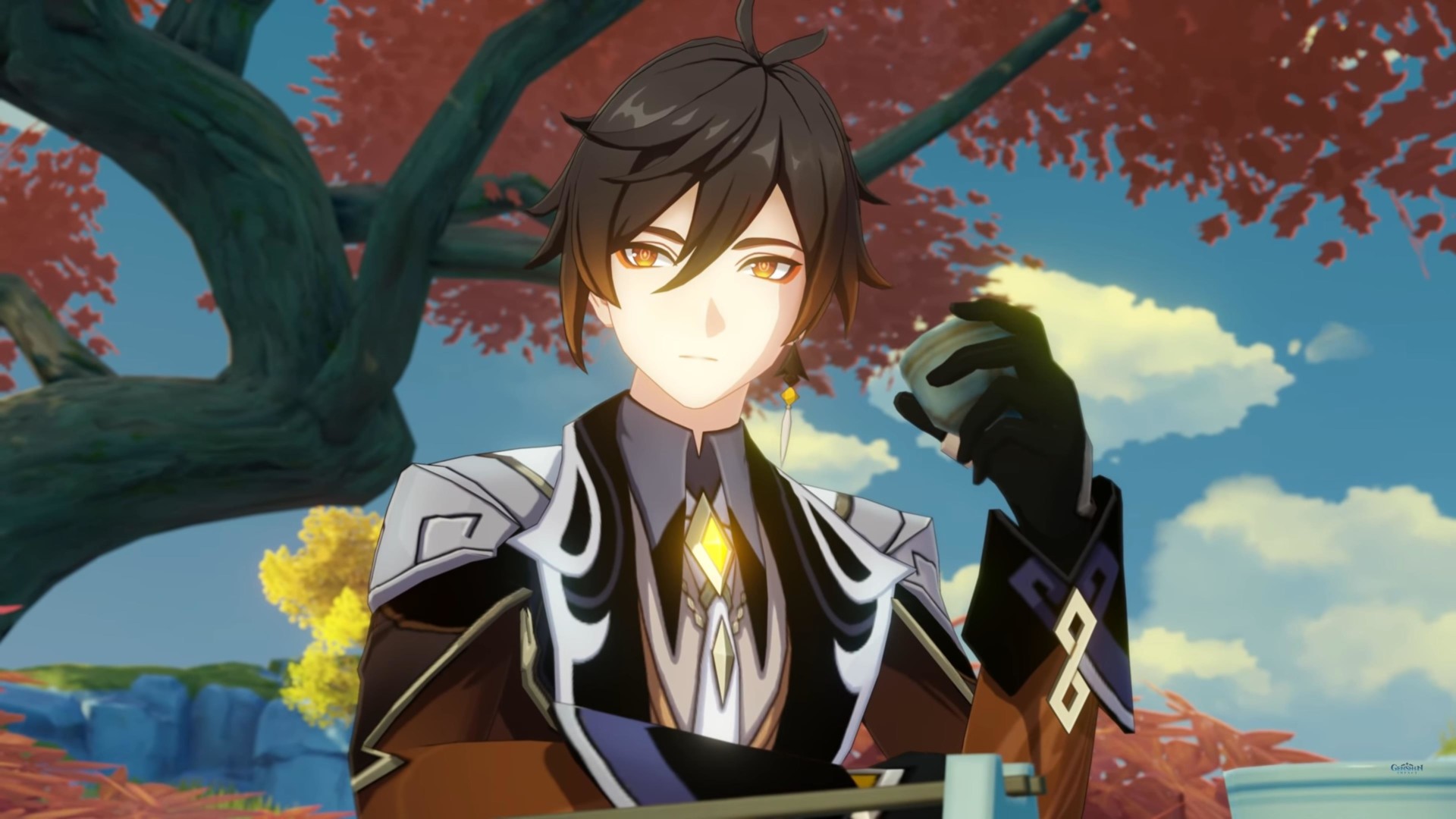 We all have our respective waifu and husbando of choice, and if not, you have 42 characters to choose from with a few more coming up next year. Now, who else would be able to breathe life and charm into these characters? Some very talented voice actors, that’s who.

We think it’s about time you got to know them. Seiyuu will, or seiyuu won’t. Here are the Japanese voice actors behind your favorite Genshin Impact characters along with some TV shows, anime, and other video games where you might have heard them before. Without further ado, let’s kick things off with our isekai protagonists:

Trox and Kurin from Bakugan, Asta from the Black Clover OVA, Sariel from The Seven Deadly Sins, Linhardt von Hevring from Fire Emblem: Three Houses, and Kazuya Kinoshita from Rent-A-Girlfriend

Tsuyu Asui from My Hero Academia, Futaba Sakura from Persona 5, Kotatsu Tamaki from Fire Force, Tatsumaki from One Punch Man, and Mami Nanami from Rent-A-Girlfriend 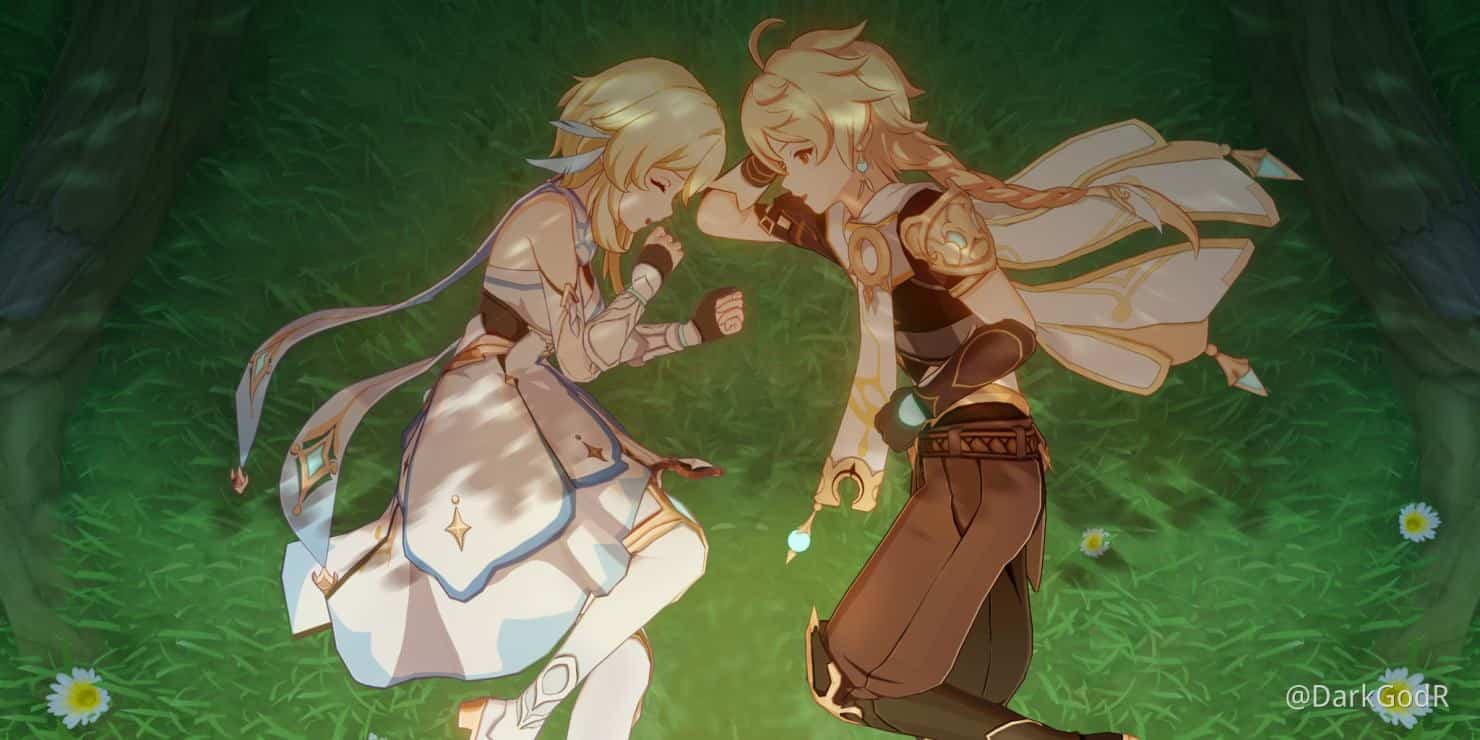 The fact that bitter exes in Rent-A-Girlfriend ended up becoming estranged twins in Genshin Impact is both strange and hilarious.

The City of Freedom is where you kick things off, and if you’re #F2PBTW, you’ll probably be sticking around with a few of the friends you make early on. 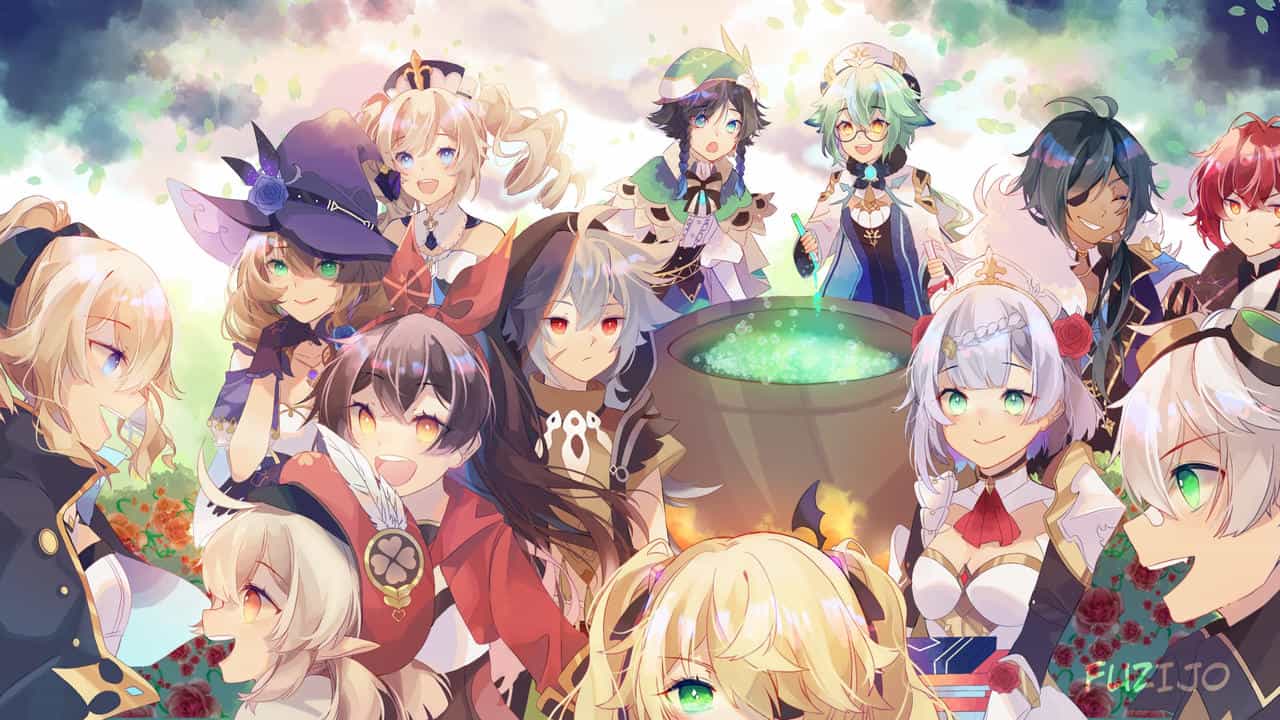 Akane Fujita from Great Teacher Onizuka, Chi from Chobits, Koyomi Mizuhara from Azumanga Daioh, Lacus Clyne from Mobile Suit Gundam Seed, and Treyni from That Time I Got Reincarnated as a Slime

Hass from SSSS.Gridman, Nezuko Kamado from Demon Slayer, Illnot from Granblue Fantasy, and Anne from Bloodstained: Ritual of the Night

Sucrose – Akane Fujita Sagiri Izumi from Eromanga Sensei, Tsukushi Ootani from Inazuma Eleven, Babaron from How Not to Summon a Demon Lord, and Renie from Granblue Fantasy

Guild Girl from Goblin Slayer, Nodoka Toyohama from Rascal Does Not Dream of Bunny Girl Senpai, Melty Q. Melromarc from The Rising of The Shield Hero, Norman from The Promised Neverland, and Hitomi Tadano from Komi Can’t Communicate

Erika Nakanojō from Terraformars, Makomo from Demon Slayer, Frey in King’s Raid: Successors of the Will, and Albis in That Time I Got Reincarnated as a Slime

The Harbor of Stone and Contracts is the next stop on your journey. Rolling hills, towering mountains, and ancient, underground evils await as you cross Monstadt’s border for the first time. Thankfully, you won’t be alone. 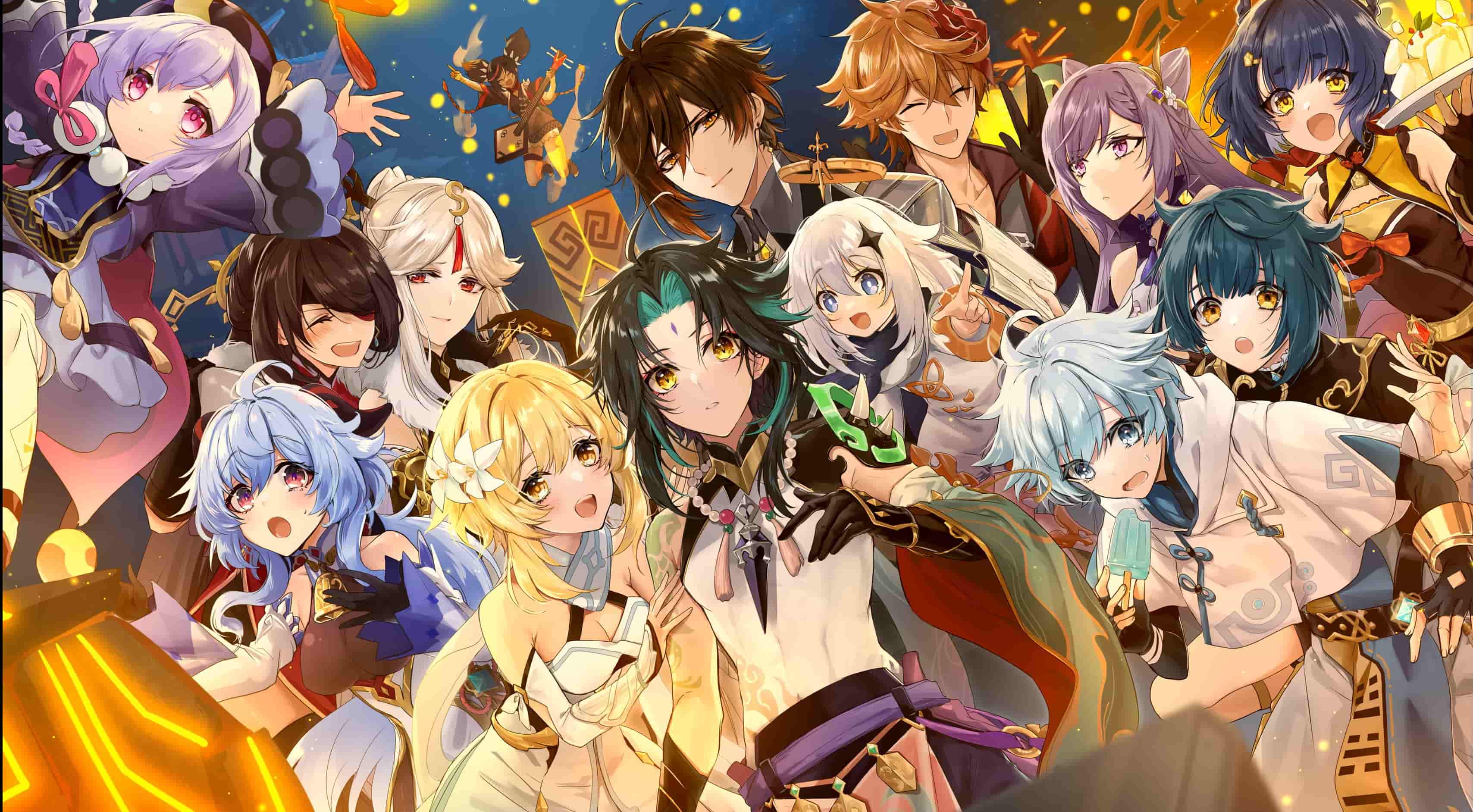 Nashiga and Komugi from Your Lie in April, Nichika Ubuyashiki from Demon Slayer, Conny from The Promised Neverland, Moeha Fujiwara from Kaguya-sama: Love is War, and Rinne from Xenoblade Chronicles 2

Saya Otonashi from Blood+, Ami Kawashima from Toradora, Yui from Angel Beats!, Saya Takagi from Highschool of the Dead, and Mina Ashido from My Hero Academia

Nagato from Naruto: Shippuden, Makoto Shimada from Haikyuu!!, White Blood Cell from Cells at Work!, Konro Sagamiya from Fire Force, and Veldora Tempest from That Time I Got Reincarnated as a Slime

Megumin from KonoSuba, Emilia from Re:Zero, Rin Rokudo from Keijo, Sumi Sakurasawa from Rent-A-Girlfriend, and Mash Kyrielight from Fate/Grand Order

Shizu from That Time I Got Reincarnated as a Slime, Ai Hayasaka from Kaguya-sama: Love is War, Hinaki Ubuyashiki from Demon Slayer, HMS Matchless and HMS Musketeer from Azur Lane, and Mercedes from Fire Emblem: Three Houses

Erina Pendleton from JoJo’s Bizarre Adventure, Hinako Shijou from The King of Fighters, Fuu from Samurai Champloo, Mahoro from Mahoromatic, and Saber from Fate/stay night

Yuki Funahara from Psycho-Pass, Mari from Mob Psycho 100, Wizard from Goblin Slayer, Yoshikuni from Blue Exorcist, and Elain from The Seven Deadly Sins

You’ve made it this far, traveler. Welcome to the beautiful and dangerous Realm of Tranquil Eternity where the Raiden Shogun reigns supreme and most its citizens, for some reason, feel the need to use their full name. Every time. Anyway, watch out for the lightning and enjoy your stay! 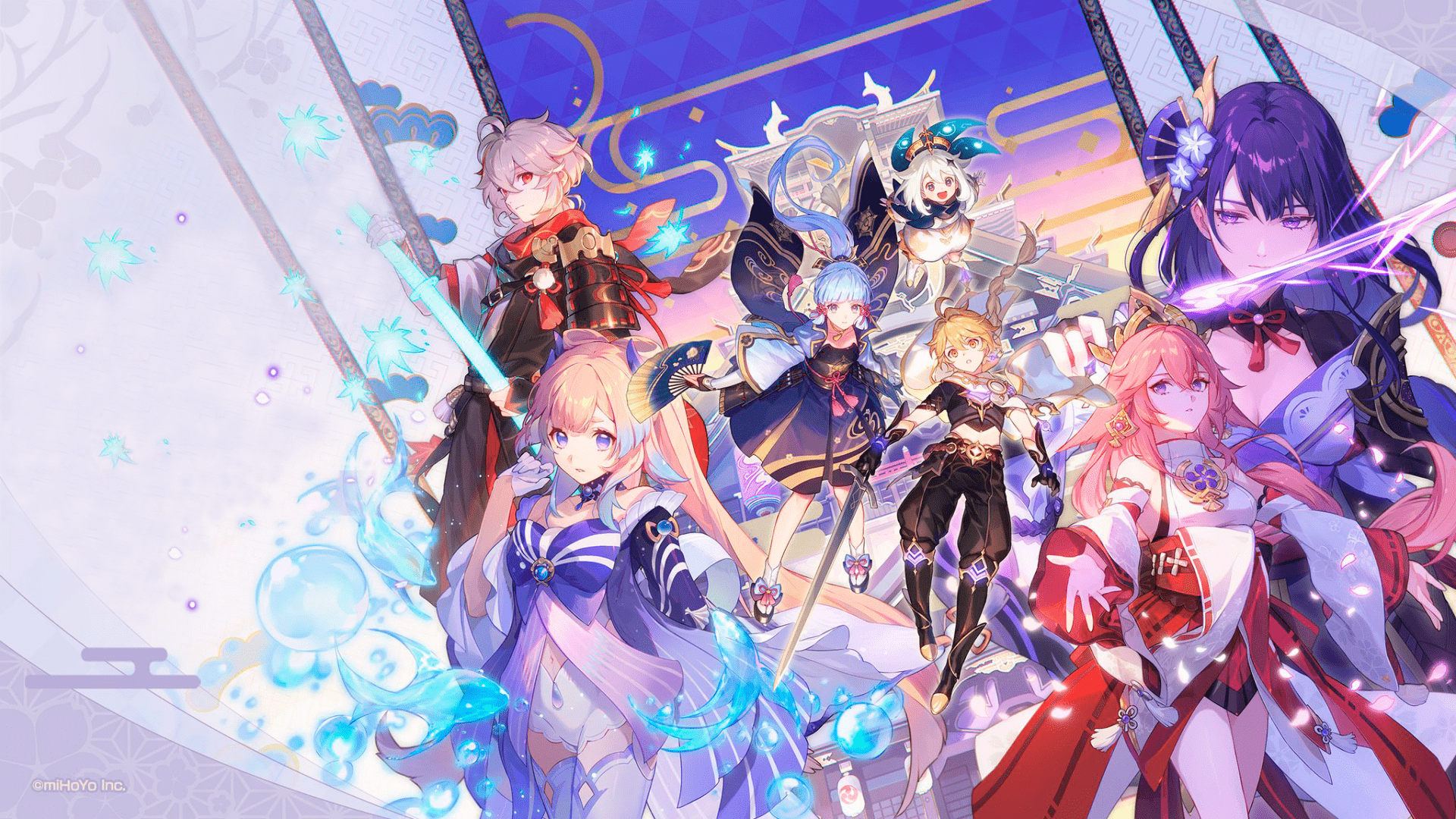 Himawari Uzumaki from Boruto: Naruto Next Generations, Shōko Nishimiya from A Silent Voice, Chiriko “Tsuruko” Tsurumi from Anohana, Shinobu Kocho from Demon Slayer, and Rachel from Tower of God

Yui Michimiya from Haikyu!!, Miyoko Hojo from Food Wars: Shokugeki no Soma, Akira Mado from Tokyo Ghoul, Mai Sakurajima from Rascal Does Not Dream of Bunny Girl Senpai, and Raphtalia from The Rising of The Shield Hero

Kurapika from Hunter x Hunter, Fujiko Mine from Lupin III, Izuna Hatsuse from No Game No Life, Saeko Busujima from High School of The Dead, and Mordred from Fate/Apocrypha

Tashiro from the Prince of Tennis, Marco from One Piece, Claire Stanfield from Baccano!, Whis from Dragon Ball Super, and Ichigo Kurosaki from Bleach

Yuma Tsukumo from Yu-Gi-Oh! Zexal, Reiji Mochida from Kuroko’s Basketball, Joseph from Mob Psycho 100, Denki Kaminari from My Hero Academia, and Ikoma from Kabaneri of the Iron Fortress

Mika Shimotsuki from Psycho-Pass, Tsubaki Sawabe from Your Lie in April, Solution Epsilon from Overlord, Sakura Amamiya from Sakura Wars the Animation, and Ochaco Uraraka from My Hero Academia

While we can only traverse three regions in the continent, we do have a couple of outliers to talk about. One of them has been around for a while, another just arrived from who knows where, and the last one is on his way. Maybe. We don’t know how long it’ll take. But hey, calm down. Just chill. There’s already a cross-country harem to go around, for crying out loud. 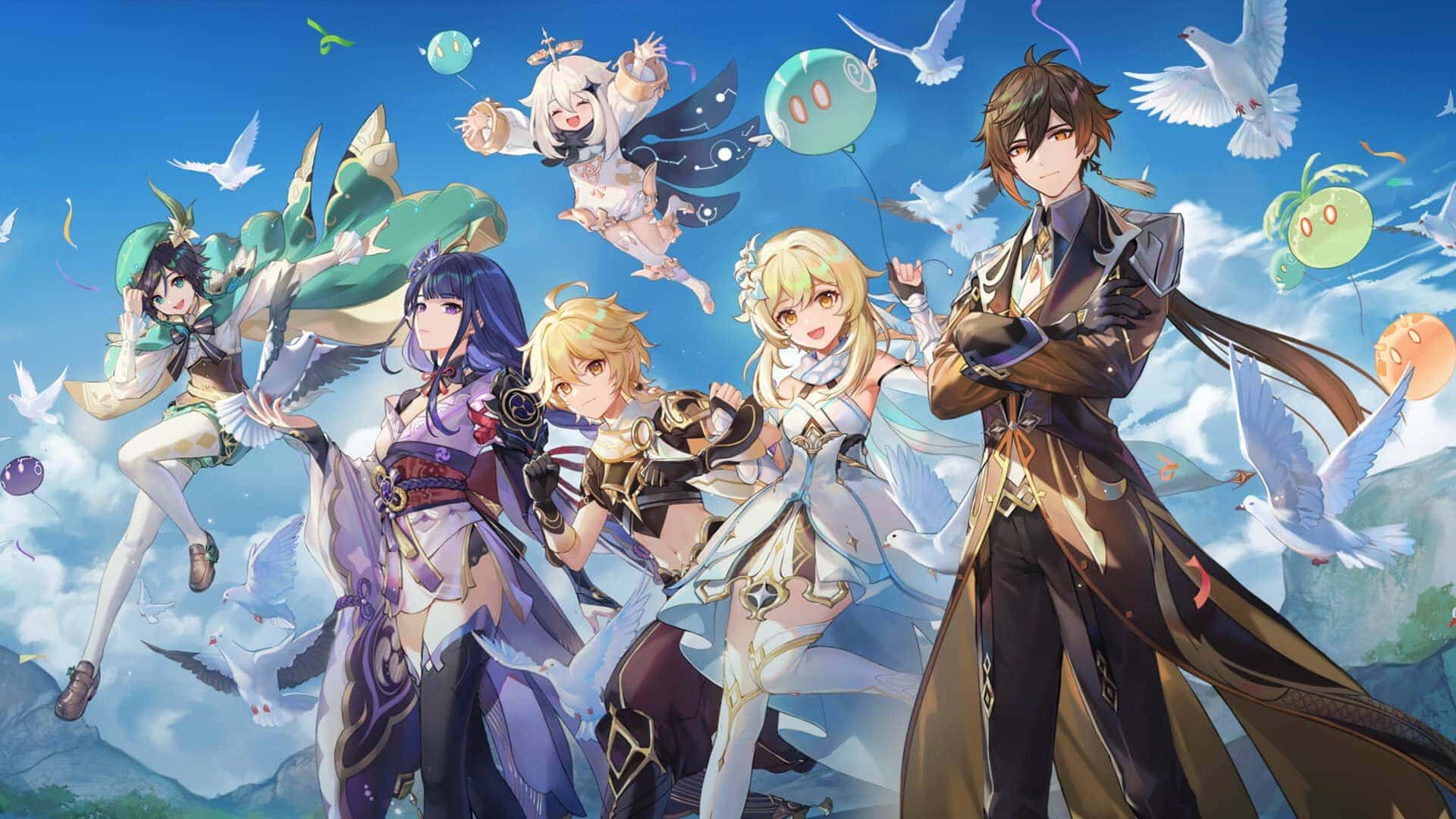 Seto Kaiba from Yu-Gi-Oh!, Overhaul from My Hero Academia, Jigen from Boruto: Naruto Next Generations, Tatsu from The Way of the Househusband, and Nanami Kento from Jujutsu Kaisen

We all have our reasons for choosing our favorite waifus and husbandos in any respective gacha game, but we can’t deny just how much the voice acting plays into our decision-making. From cute, to sultry, to downright hilarious, the Genshin Impact voice acting cast makes sure our journey through Teyvat is enjoyable and all the more worthwhile. 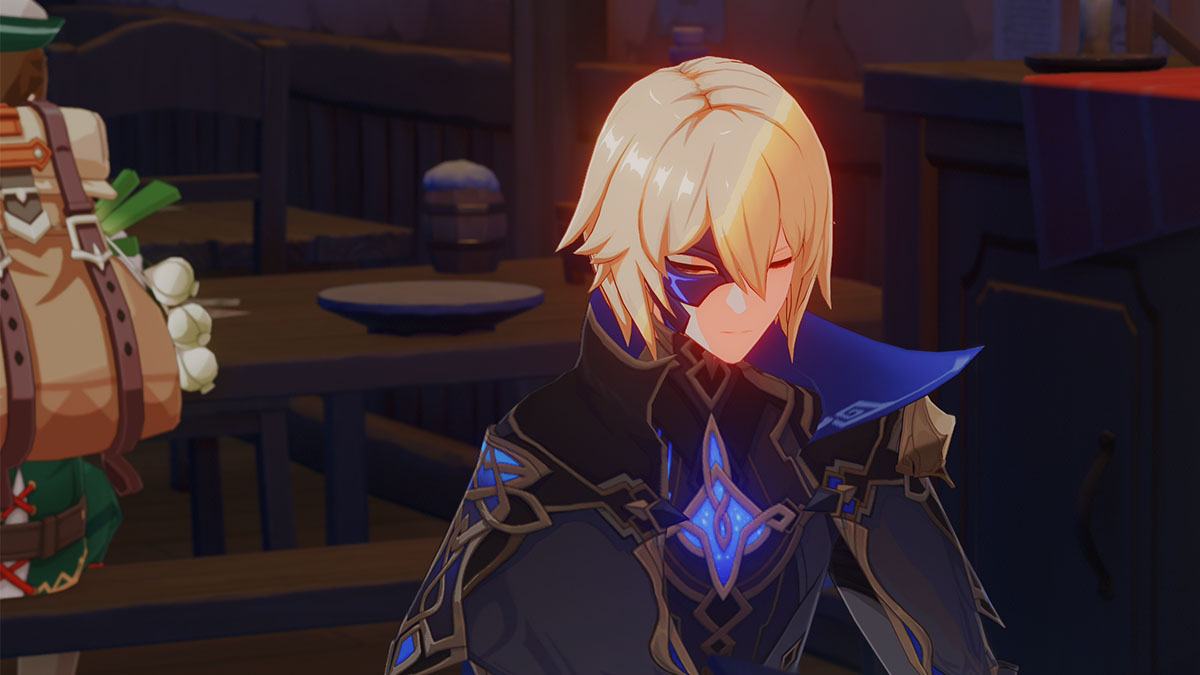 Now, if you’ll excuse me, I must offer my nightly sacrifice to my Dainsleif Shrine of Dance Life in joyful hopes of him coming home before 2030.

- Advertisement -
Previous articleRekindle joy this Christmas with These Holiday Must-Haves and Deals this #JoyFullOPPOSale!
Next articleDragon Ball: The Breakers Closed Beta Test recruitment is happening now