From the live action Cowboy Bebop series to Arcane! 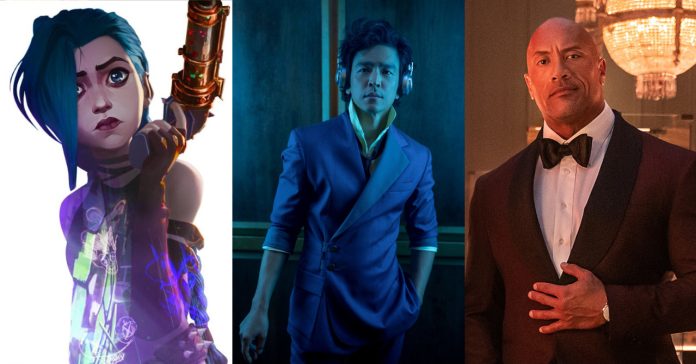 While last month featured several new anime on Netflix, November 2021 has a strong lineup of movies and shows that excites, and are a mix of animated and live action. But one things for sure, if you’re a geek like us, there’s definitely a lot of content to put on your watch list this month.

From the live action Cowboy Bebop series to Arcane, here are our top movie and series picks on Netflix for November 2021!

One of the shows that we’re most looking forward to on Netflix this month is Arcane, the upcoming League of Legends animated series. Set in Piltover & Zaun years before the ‘present day’ in the game, this series follows the origins of several League champions, including Jinx, Vi, Caitlyn, Jayce, and Viktor. Aside from telling an origin story, what also excites us about Arcane is the series’ impressive art style and animation.

The first three episodes of the show releases on Netflix on November 7 in the PH. Episodes 4-6 and 7-9 will then release on November 13 and 20, respectively.

Next up, we have Red Notice, an upcoming action movie starring Dwayne Johnson, Gal Gadot, and Ryan Reynolds. While this movie may not be as geeky as the others on this list, having these three stars in an action movie promises to be a fun (and funny) time for everyone.

Cowboy Bebop is easily one of the most highly-regarded anime series of all time, and this month, Netflix is releasing its live action adaptation. While the live action Cowboy Bebop has big shoes to fill, based on what we’ve seen so far in trailers, this series looks quite promising. Plus, the music is still made by Yoko Kanno — great news for fans of Cowboy Bebop’s iconic music.

While these are the movies and shows that we can’t wait to see, there’s a lot more that’s coming to Netflix this month. Here’s a rundown of everything to expect: