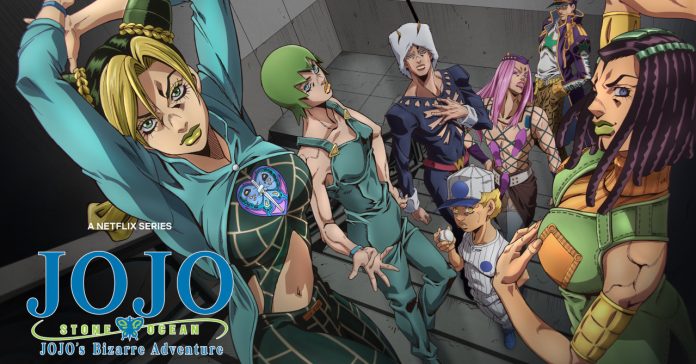 First revealed back in April, it is now confirmed that 12 episodes of JoJo’s Bizarre Adventure Part 6: Stone Ocean will release on Netflix worldwide on December 1, 2021. This news was announced during the recent Netflix Festival Japan 2021 livestream.

While it has been confirmed before that the next JoJo season will stream on Netflix, there was no word at the time if it will release weekly or in one go. Now, it’s confirmed that fans can binge the series’ 12 episodes on the 1st of December.

In case you’re unfamiliar, Stone Ocean is the latest upcoming season of the long-running JoJo’s Bizarre Adventure anime series which is based on the manga series of the same name.

Stone Ocean’s premise is described as:

To get ready for Stone Ocean, you can watch (or re-watch) Parts 1 to 5 of JoJo’s Bizarre Adventure now on Netflix.

- Advertisement -
Previous articleBlade Runner: Black Lotus gets new trailer ahead of November 13 release
Next articleArcane is the top show on Netflix in 38 countries